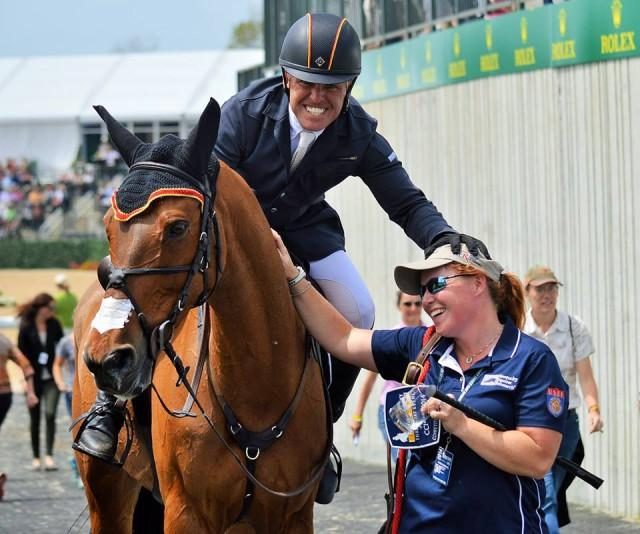 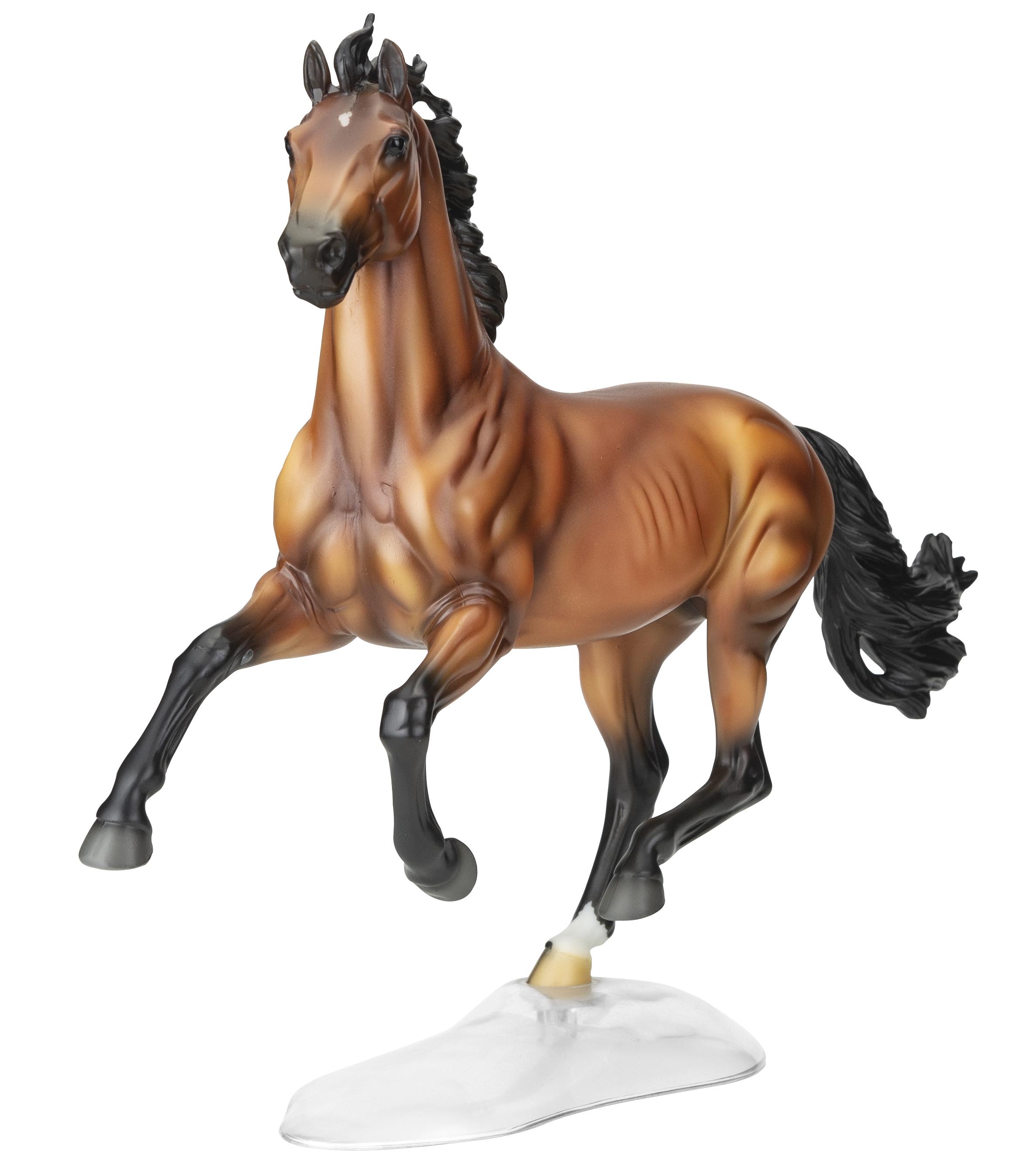 Buck Davidson was one of the first Americans to embrace Haygain Hay Steaming when it reached America 11 years ago. His high-performance partner and perennial fan favorite, Ballynoe Castle R.M. (known as Reggie), had unique respiratory challenges – a “lazy larynx” – that made it miraculous he was able to compete at all, let alone become one of the sport’s biggest winners.

Throughout multiple wind surgeries and the careful management practices that followed them, steamed hay was a “game changer” for Reggie, says Buck. The now 19-year-old Irish Sporthorse retired from competition in 2017, but the strategies to keep him comfortable and capable of performing at his peak are fresh in the two-time World Equestrian Games contender’s mind.

“I loved Haygain from the beginning,” Buck recalls. “It was so obviously a help for Reggie, and I wound up putting all our horses on it. It’s a huge asset for them.  They all seem to go better on steamed hay and to have fewer issues.”

While all his horses benefit from steamed hay, it was a big part of truly critical treatment for Reggie at certain junctures in his career.

“Running out of steam” and mildly noisy breathing were early indicators of Reggie’s respiratory issues as a six- and seven-year old, Buck explains. The eventual diagnosis was laryngeal hemiplegia, aka “lazy larynx,” in which the larynx that connects the nasal passage to the windpipe (trachea) doesn’t function right. A normal larynx lets air pass through and protects the trachea when the horse swallows. But Reggie’s wasn’t normal, hence his early tiring and mild roaring.

Laser surgeries kept Reggie going for a while. But a later attempt to perform a “tie back” (prosthetic laryngoplasty) surgery didn’t work because the earlier procedures had caused the larynx cartilage to atrophy. The next step was more drastic: an arytenoidectomy, in which the paralyzed arytenoid cartilage is removed, opening up the passageway to the trachea. It was effective for Reggie: “His career really took off after that,” says Buck of the surgery performed by Dr. Eric Parente, DVM, DACVS, at the New Bolton Center Veterinary Hospital in Pennsylvania. But it came with the sizable risk of complications.

“There was always the risk of infection and pneumonia,” Buck recounts. Because there was a chance food would go down the wrong tube and enter the lungs, the cleanliness of Reggie’s hay was crucial. Developed in conjunction with the Royal Agricultural University of Cirencester, England, Haygain high temperature hay steaming is proven to eliminate 98% of dust, mold, bacteria and fungi. All of those are culprits in respiratory problems for horses with normal respiratory function. For Reggie, they could have been killers.

“It was mandatory that we steamed hay,” Buck remembers. “I noticed that all the gunk wasn’t in there after steaming. I felt like we were putting clean gasoline into Reggie’s engine.”

Newly anointed as the BreyerFest’s 2020 “Celebration” horse, Reggie now enjoys his retirement. He splits his time between his owners’, the Segals, farm in New Jersey and wintering with Buck and beloved longtime groom Kathleen Murray in Florida. Fans will have the chance to see him again at the Breyer Fest in July, at the Kentucky Horse Park, where his beautiful likeness in a Breyer model will be available.

“He should never have done as well as he did in two World Games, at Kentucky or Badminton, or been the winningest horse in America when he retired,” Buck reflects. “But he had the heart of a lion and he was managed right.” Haygain is proud to have been a part of the management that made all that possible. 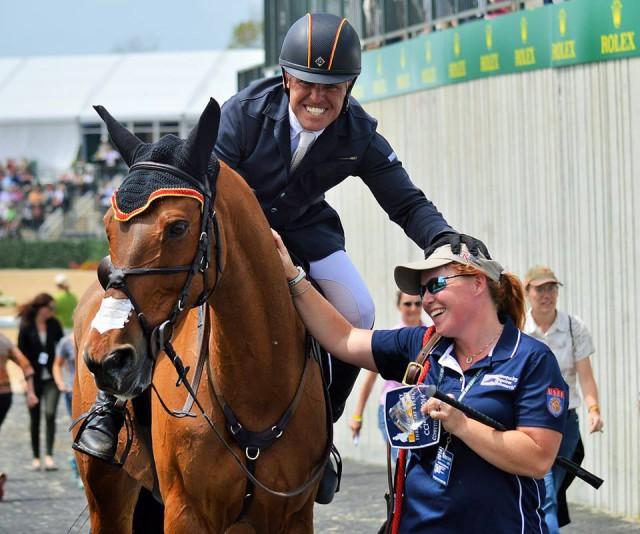 Steaming Into the Future

While Reggie enjoys luxe pasture life, Buck is atop the sport with a string of new horses. Fresh from the Burghley CCI5* in England in early September, Buck, along with several students, had a busy fall at the Morven Park Horse Trials in Virginia and the Dutta Corp Fair Hill International, where Buck and Erroll Gobey contested the CCI4*-L.

Buck has upgraded his early model Haygain with a full bale HG2000 that stays at home at Chesterland Farm in Pennsylvania. The BDJ Eventing horses stay on steamed hay while away competing thanks to the HG600 half-bale unit, which travels easily. While he and his team understand the benefits of steamed hay very well, all are careful to understand proper use of the equipment that produces it, too.

Steam injected evenly throughout the hay reaches the temperatures needed —  between 188-212F degrees – to kill bacteria, mold and fungi. That process requires a power supply best scoped out in advance of travel. The HG600 uses a 1500-watt power circuit for its steam generators, with 110/120 voltage and 50/60 Hertz power. It needs to be plugged directly into the power source, not connected to an extension cord. (Back home at Chesterland, the HG2000 has two steam generators that require their own power sources meeting the same requirements.)

Most show grounds have adequate power supply for the HG600, but that supply can be drained when other equipment –fans, refrigerators, microwaves, etc.—are drawing power at the same time. Generators are an option. In fact, most living quarters trailers have generators powerful enough to run an HG600, along with the trailer’s functions.

For more information on the benefits of steamed hay and the operation of all three Haygain steamer models, visit www.haygain.us or call 888 307 0855.