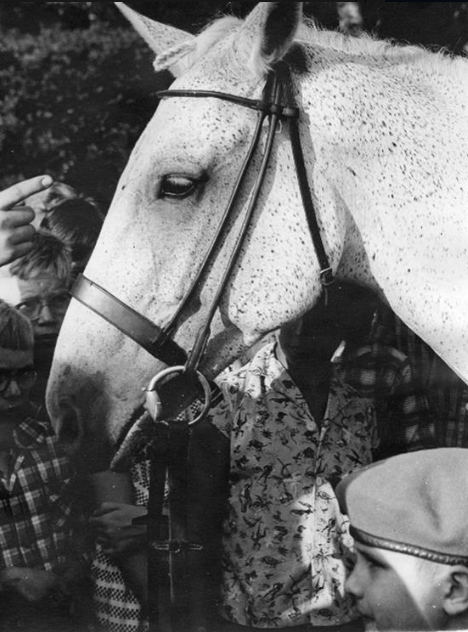 Reading these names, the first thing that comes to most people’s minds — at least those who follow football — is NFL and Collegiate Football standouts,  but there’s also another thing they all have in common.

These outstanding athletes were all walk-ons. The term walk-on is used in sports, particularly American college athletics, to describe an athlete who becomes part of a team without being recruited beforehand or awarded an athletic scholarship. This results in the differentiation between walk-on players and scholarship players.

So why were these standouts walk-ons? Why weren’t they offered a scholarship like some of many of their teammates? On the surface maybe they didn’t look like they had what it takes? Brandon Burlesworth lacked athleticism, Shaquem Griffin only has the use of one arm.

But neither of those things mattered. The fact their names now are known in most American households only proves that it’s not always what’s on the outside that matters. There’s more that goes into making a great athlete than what one can see at first glance.

How similar might these great athletes be to those in the equestrian world? How many horses out there could’ve been great but got overlooked just because they weren’t initially as appealing as others? Maybe they don’t have the fancy black-type pedigree, the height or maybe they just didn’t check all of the boxes needed for the job.

When it comes to purchasing prospects, in a sense the buyer or trainer has to try to predict the future. That’s when it seems the world tends to lean towards what’s safe, which typically is excellent conformation and pedigree royalty.

But even with the odds not being in their favor, the walk-ons of the horse world still make their presence known. And they’ve done so throughout the ages in many disciplines through the likes of horses such as Seabiscuit, Snowman, Mine that Bird, Molly Powell’s four-time National Rodeo Finalist qualifier Pecan (a sub-14 hand tall barrel racing standout, who’s pedigree consisted of Welch pony, Quarter Horse and Thoroughbred), just to name a few that have proven they had what it takes, despite their presumed physical limitations.

This weighs heavily on my mind more and more these days. For many years my arena partner has been more of a Peyton Manning. He’s a Quarter Horse who’s pedigree is stacked with barrel racing greatness. It would’ve been more surprising if he had not made a great horse than being great, honestly. I consider him great, but he’s mine so I’m a bit biased.

However, my most recent horse is not one that seems automatically destined for greatness in the barrel pen. He is a Thoroughbred and when I began training him for barrel racing I was met with many raised eyebrows.

Maybe as a society we don’t want to be met with a challenge or to be seen coloring outside of the lines? But Picasso did, and out of his uniqueness he found greatness.

Have we accustomed ourselves to what’s easy and what’s safe? In some cases that is in fact what benefits us, but not always. There are still diamonds in the rough out there, we just need more people willing to give them a shot at being diamonds.

Don’t count out the small horse, discredit the grade sale barn horse or even just the one without enough black type. The college programs that took a chance on the walk-ons such as Baker Mayfield, Santana Moss, Brandon Burlesworth and Shaquem Griffin certainly aren’t suffering for giving those players the opportunity to show that of which they are capable.

And wouldn’t you hate to be known as the person who passed on a legend? Although, as an LSU fan, I will mention that right now LSU is very thankful that someone passed on Joe Burrow!

“Every block of stone has a statue inside it and it’s the task of the sculptor to discover it.” ~ Michelangelo