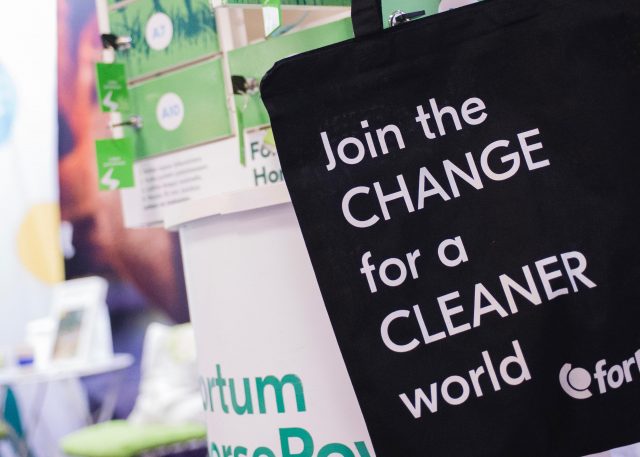 For the fifth year in-a-row, all electricity used at the Helsinki International Horse Show, which hosted yesterday’s Longines FEI World Cup™ Show Jumping qualifier, was generated entirely from horse manure. Over 150 megawatt hours of energy was created from the 100 tons of manure collected from competing horses during the four-day event in the Finnish capital.

Ireland was represented at the event by Tipperary’s Denis Lynch, Clare’s Eoin McMahon and Derry’s David Simpson with all of their competing horses contributing towards the unique ‘Horse Powered’ energy output. The manure-to-energy system developed by Fortum, an international company specializing in electricity generation, heat production and waste recycling, met all the equestrian event’s electricity needs, including lighting, scoreboards and cell phone charging stations. The surplus energy that was generated went back into the national grid to heat homes in the Helsinki area.

What started off as a desk project in 2014 is now a resounding endorsement of the power of horse manure as a reliable source of renewable energy, not just at equestrian competitions but also for local communities.

“The manure-to-energy system holds immense potential for countries with large horse populations and has shown that out-of-the-box solutions are needed if we are to move away from our reliance on fossil fuels,” Fortum HorsePower Vice President Anssi Paalanen said.

“It’s possible to charge a phone with only 0.2 deciliters of horse manure and the manure produced daily by two horses can generate heat for a single family home for a year.”

Electricity generated from horse manure is just one of the many initiatives under the ‘Helsinki Jumps Green’ environmental concept that aims to make the event the most ecological horse show in the world. The Jumps Green concept also includes recycling and paper reduction initiatives, the use of environmentally friendly procurement practices and sustainable food consumption at the event.

“Our vision is to become the worldwide leader for sustainability in equestrian events. We know from first-hand experience that this takes commitment and dedication, but the end results are so worth it. We are proud to work with Fortum and to be part of the renewable energy solution.”

The manure-to-energy system has also provided a way of dealing with the waste disposal issue for stables in a country with stringent controls on the use of horse manure as a fertilizer and the disposal of manure in landfill sites. 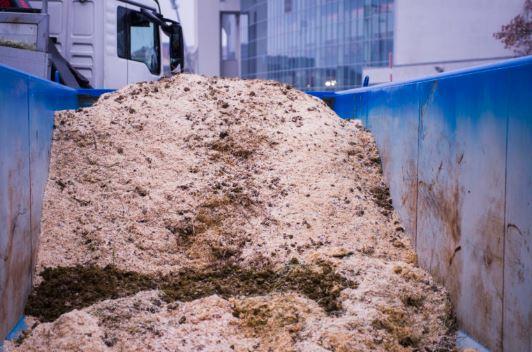 Fortum provides stables with horse bedding made out of sustainable wood shavings generated by Finland’s forest industry. The manure that is collected from the stables is then delivered to plants around Finland, where it is used as raw material to produce clean, renewable and eco-friendly local energy.

Approximately 70,000 tons of manure have been collected from horses stabled around Finland since the manure-to-energy system started in 2015. The power and heat plant in Järvenpää located just outside Helsinki, provides heat to 1,250 customers in the area and electricity to the national power grid.

“The manure-to-energy system has demonstrated that ideas for alternate energy solutions can come from the most unexpected places,” FEI President Ingmar De Vos said. “The Helsinki initiatives make a tremendous contribution, not just in terms of the value they deliver to equestrian sport, but also for the wider implications they have for local and regional communities. It clearly shows that the equestrian community is serious about its responsibility to preserve the environment.”

With environmental sustainability a priority for the FEI, the international governing body has worked towards the implementation of equestrian-specific reporting indexes and the creation of a comprehensive guide book for event organizers world-wide.

The FEI Sustainability Handbook for Event Organizers was published in 2014 to encourage event organizers to implement sustainability initiatives that help reduce the negative environmental impact of their events and create a positive social and economic legacy.

The FEI is also a signatory of the United Nations Climate Change Sports for Climate Action Framework which calls for parties to “undertake systematic efforts to promote greater environmental responsibility”.

In addition, the FEI has adopted a number of sustainability initiatives at its Headquarters in the Olympic Capital of Lausanne (SUI). The FEI head office is recognized as a “Minergie” certified building, a Swiss standard indicating low energy use, with a reduced energy consumption of 25 per cent. When the Headquarters were refurbished in 2011, only two per cent of renovated buildings in Switzerland met these standards. Increased recycling and staff training have also featured in the FEI’s Green Office project.