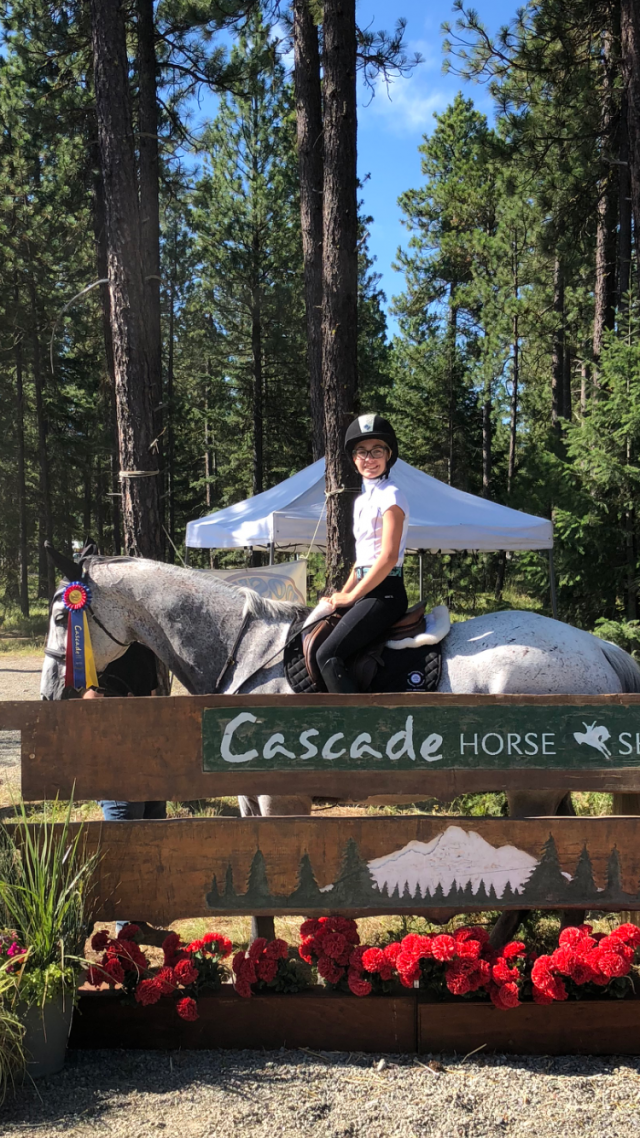 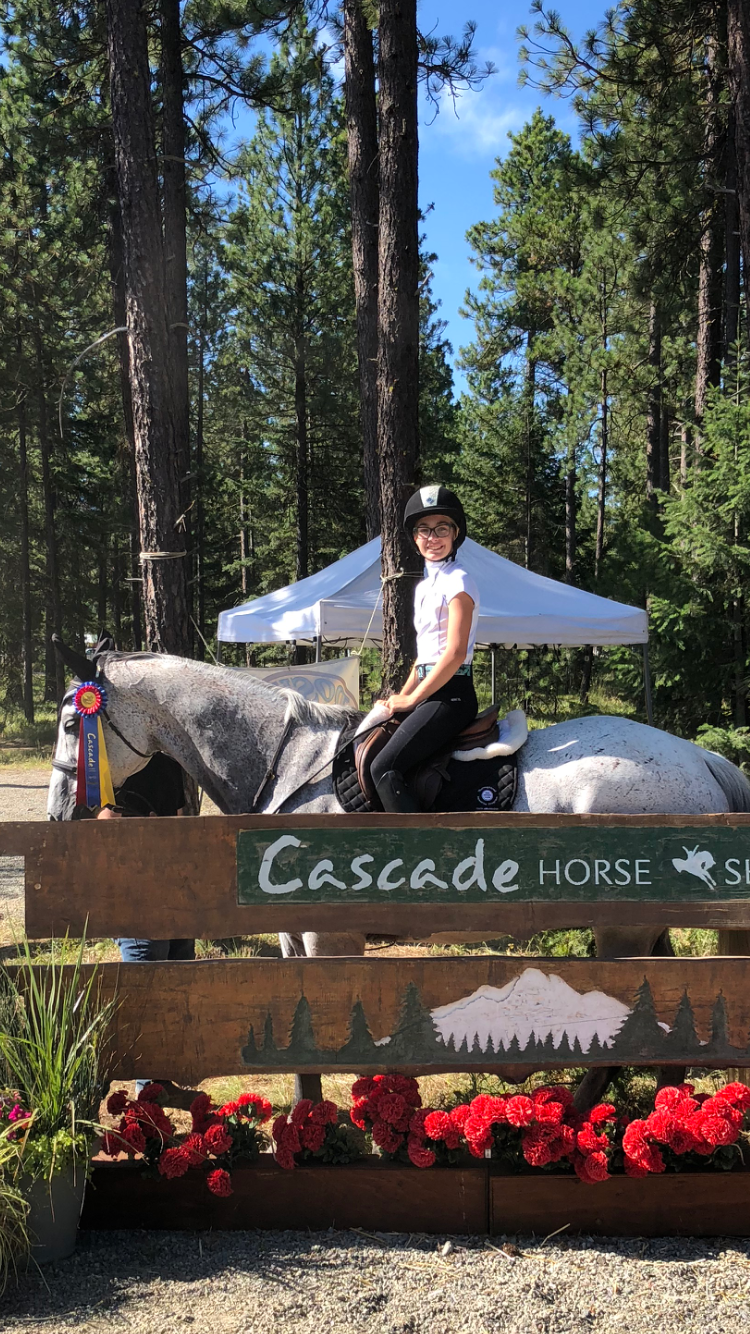 How did you start riding?
My mom has been around horses her whole life and when I was two I started doing lead line on a small pony named Honolulu. When I was seven we got Gracie and I started riding western pleasure but never showed, as Gracie was spooky and often bolted. After having Gracie for a year, my mom decided she wanted to get back into horses and bought Caddy. Sadly after having him for only 9 months, he passed away due to laminitis. At that point I had decided I wanted to start riding English seriously and five months later my mom found Flint. Originally he was meant for her, but we bonded soon after.

What is your favorite thing about riding/or your horse?
My favorite thing about riding Flint is having that aha moment when something clicks for the both of us. Recently we have been working on getting Flint on the bit and last week it paid off. He is now able to go from a walk to a trot to a canter while staying on the bit. He is also figuring out lead changes both ways! I love Flint because he has such a huge personality and makes everything fun because he’s just so goofy.

What would you like to do when you are older?
When I’m out of high school I would like to be a working student or groom for bigger Grand Prix riders or those who have retrained OTTBs. Later on I would like to use this experience to start my own hunter/jumper barn specializing in retraining OTTBs! I also have a dream to compete in Grand Prix, and although he’s not an OTTB, we have high hopes for Vinnie to be my big jumper horse once Flint is retired at my grandparents’ home.

Tell us your favorite quote and why:
My favorite quote is “Champions do not become champions when they win the event, but in the hours, weeks, months and years they spend preparing for it. The victorious performance itself is a mere demonstration of their Champion Character.” -T. Allen Anderson. This is my favorite quote because it makes me think of all of the years of trial and error Flint and I have had and how happy I was this summer when he won champion at every show except for one. This quote made me realize just how lucky I am to own a horse as special as him.

What do you think the most important aspects of horsemanship are?
I think the most important aspects of horsemanship are not only having your horse trust you, but also you trust your horse. Flint and I never clicked until I realized that I had to trust him in order for him to trust me. Having trust in a horse and being able to have a relationship with a horse like that makes you feel very grateful and rewarded for all the hard work you have put in.

What is one thing you would like to tell people about Thoroughbreds or the Thoroughbred Incentive Program?
I would like to tell people how much OTTBs can do for you. It’s almost like they open a door full of new possibilities, and they make you feel like anything is possible. Getting Flint has given me a renewed sense of determination for achieving my goals. I would like other people to be able to have this experience. I would also tell them about how much T.I.P. is doing to promote T.I.P. further through Thoroughbred-only shows and awards. Just this last year I encouraged everyone at our barn to participate in performance awards. 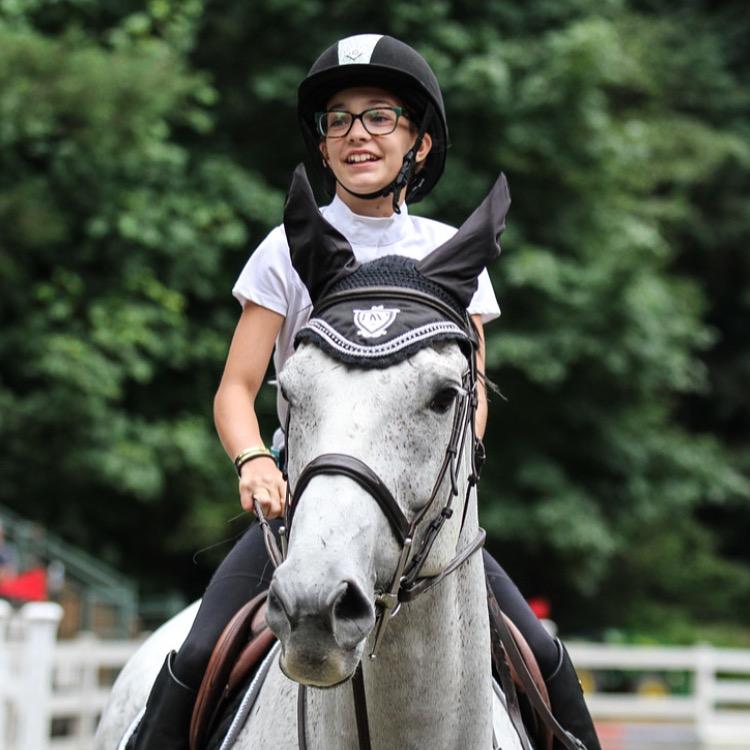