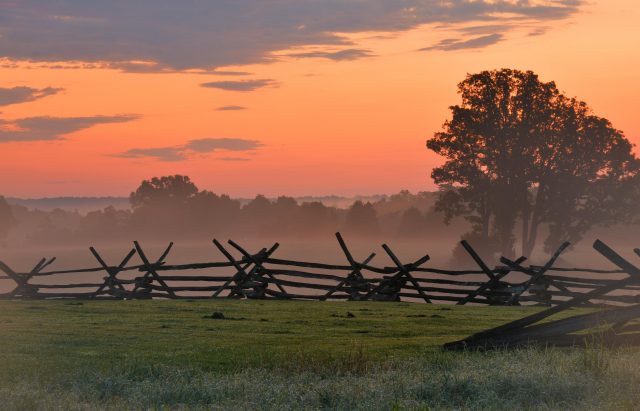 In honor of Halloween, Horse Nation held a spooky short story contest, calling for readers’ best horsey tales of horror (and humor!). We’re sharing our favorites over the next three days — here’s one of our picks! We’ll be reading some of these tales on Horses in the Morning on Halloween day. 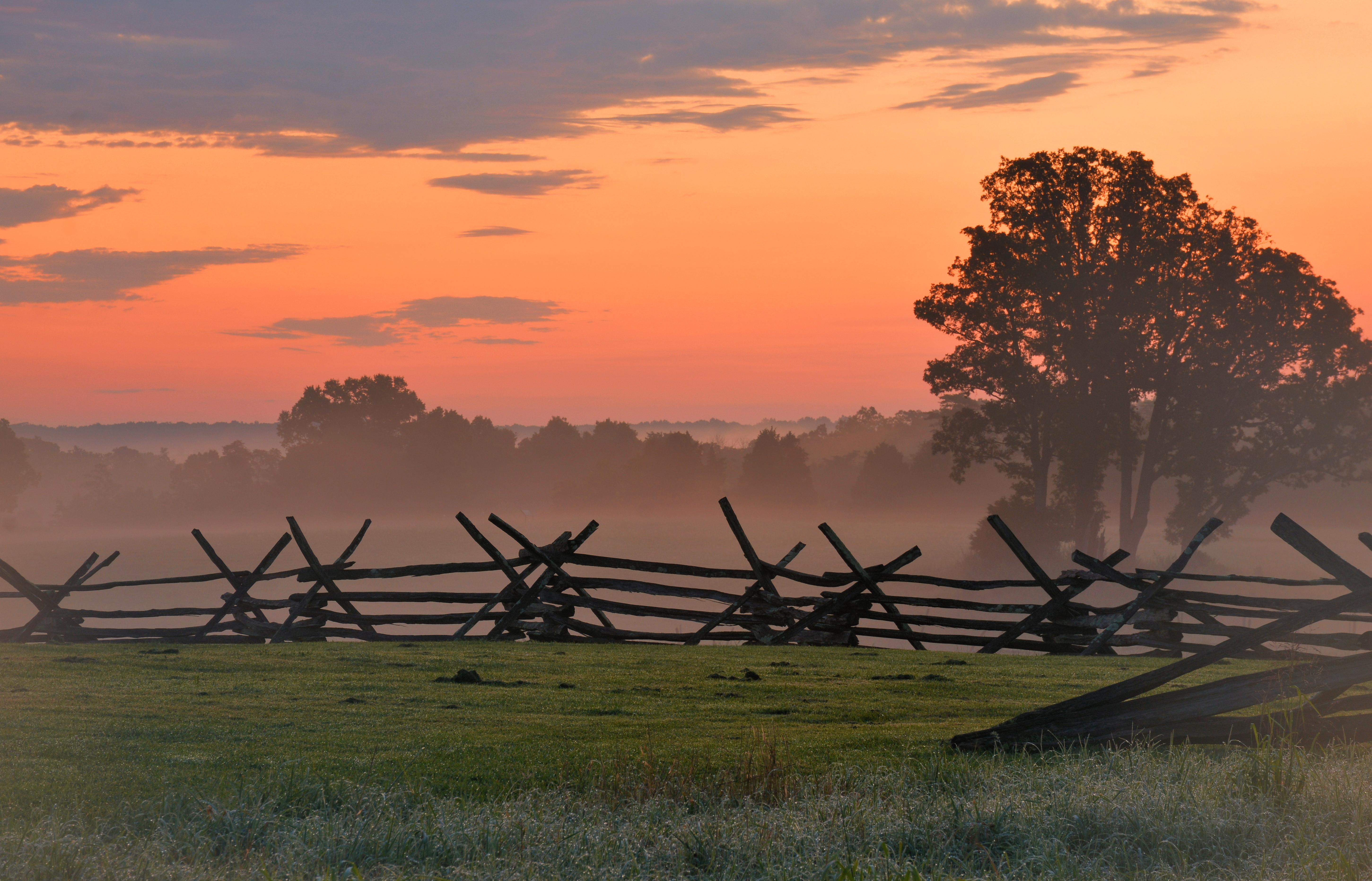 In the spring of 1998, I was serving in the US Navy and had the good fortune of bringing my horse with me to my duty station in the Virginia/DC area. I had a weekday off, so I loaded up my old mare, Ellie, and headed to Manassas National Battlefield. I had been there before on foot with family and took the regular tour. That’s when I noticed the incredible horse trails.

Manassas has a museum and shop in a great spot to view the manicured, main battlefield site. There is a pedestrian sidewalk and from there, the guide pointed to the woods on one side of the battlefield and explained how the ‘Rebels’ came barreling out of those woods, after crossing the stream (Bull Run) and successfully overran the North. The equestrian trail winds around the outside of the battlefield on the other side of those same woods.

This is where Ellie and I rode. It was a beautiful afternoon and so peaceful. The horse trails are quite a bit longer than they look and we didn’t get started until after lunch, so by the time we came to that spot behind the woods, sunset was threatening. I knew the trailer was not too far away and that the park closed at sunset, so Ellie and I picked up the pace.

Right there, behind those woods where the Confederates made their deadly charge, Ellie began to spook a little. She stared into the woods between us and the battlefield as if she could see someone. I couldn’t see anything, though, so I had her do a few circles and urged her on. Then, I began to hear the noises of many, many, people moving through the woods. They grew louder and I could hear the shuffling of many feet and muffled commands being passed.

Well, of course, every battlefield has re-enactors that come out and ‘play soldier’, so I wasn’t very concerned, but why couldn’t I see them? By now, Ellie was pretty worked up and spooky. My buckskin mare was a pro on the trail, but these noises turned her shoulders brown from sweat. She rolled her eyes and flicked her ears towards the woods with her head coming up higher and higher.

I decided to take a side trail (not really allowed), thinking that if she just caught a glimpse of the people, she would calm down. It sounded like they were right there, but as we pushed through the underbrush, we still couldn’t see them. We rode to where we could just see the edge of the battlefield through the trees, but no people could be seen. Ellie turned her head from side to side and snorted several times. I tried to spot someone, anyone, rustling around in the woods. I was so baffled that I thought there must be speakers or other ‘special effects’ attached to trees.

Finally, Ellie had had enough. She stopped and stood stiff as a board under me. I kept looking around for speakers, but the more I thought about it, the less possible that seemed. We were a long way from any power source. A cold chill went up my spine as several ‘someones’ seem to pass right beside us. No speaker could simulate that! I took a deep breath and realized we were in the thick of the noise of charging soldiers!

I held that old buckskin back as she walked stiffly through the underbrush like a coiled spring. She eased up as we left the sounds of soldiers behind us.

On the way back to the horse trail, I tried to make sense of what just happened. It was spring, but the undergrowth really wasn’t too thick. I could almost make out the grass lawn of the battlefield from the horse trail, so why the heck couldn’t I see what sounded like hundreds of re-enactors? By now sunset had begun and the light was fading. Poor Ellie was so relieved to get out of those woods and back on the horse trail.

A park ranger stopped us almost as soon as we were back on the trail. He was doing a sweep of the trails before sunset and he had noticed my trailer. He was an older man with a stern, weathered face. I apologized for leaving the horse trail and explained that I was just trying to give my horse a look at the re-enactors so she would quit spooking.

The park ranger sighed and looked off in the distance for a minute, before he turned back towards me and explained that there were no re-enactors. I stuttered a bit while I explained about the noises. He cut me off with a hand gesture and said, “Did you see anyone?”

“That’s because they aren’t here today. Your experience isn’t uncommon, though.”

He said that if I had any doubts, to drive up to the park museum and I could see from there that the park was deserted. He also pointed out how close the battlefield was and how you really should be able to see hundreds of people if you could hear them. He told me that he had heard them before and was sure he would catch a whole mess of trespassers. But after a wild goose chase and several other rangers laughing at him, he found out about the ghosts.

He glanced at his watch and told me I should hurry back because he needed to shut the gate for the horse trailer parking. Then, he simply drove away. I patted Ellie’s neck with a shaky hand before pushing her into a steady jog. I took a glance back towards the woods and shivered a little in the evening chill. 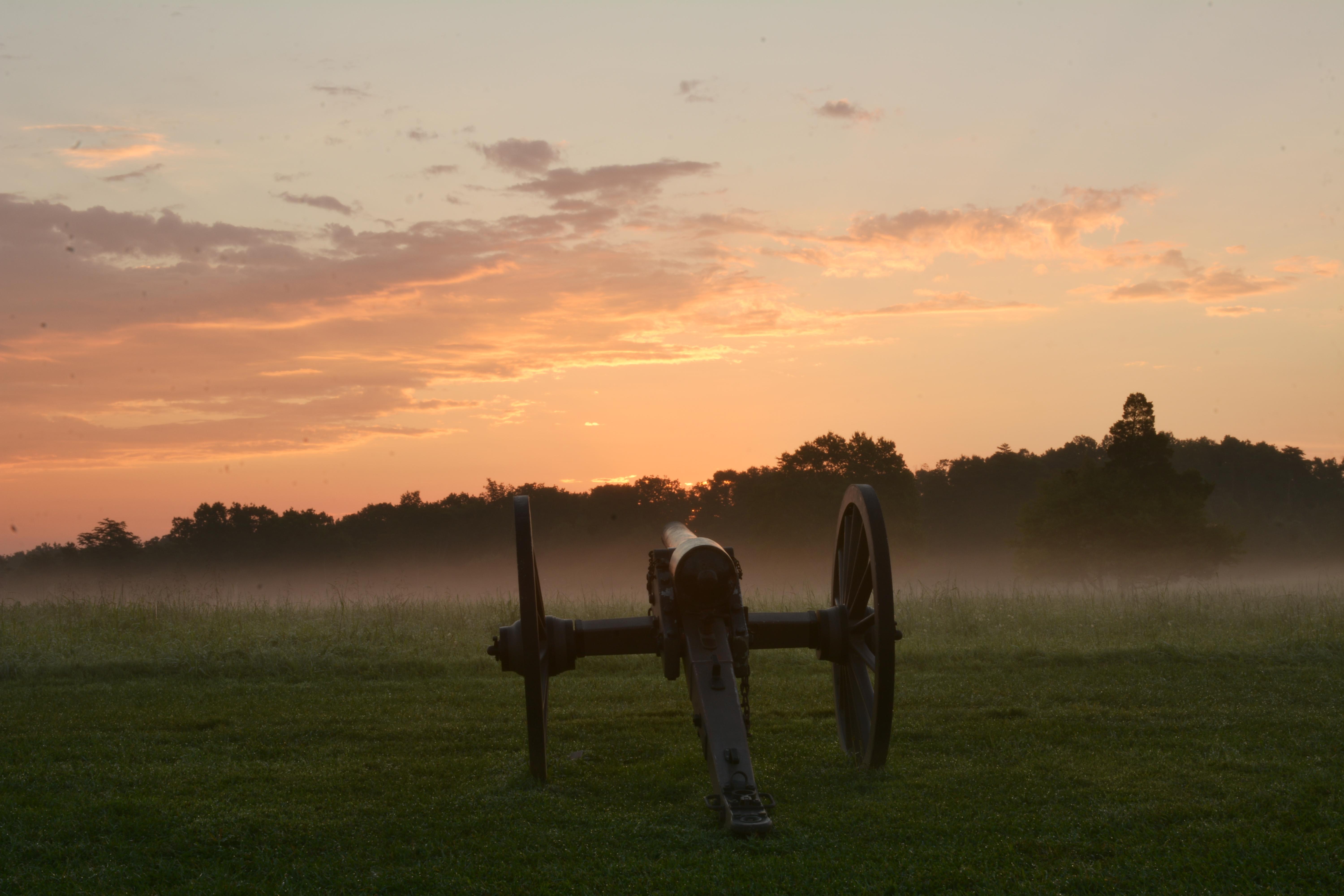