Tennessee Senator responds to inquiries about the PAST Act — and the response is less than satisfactory. 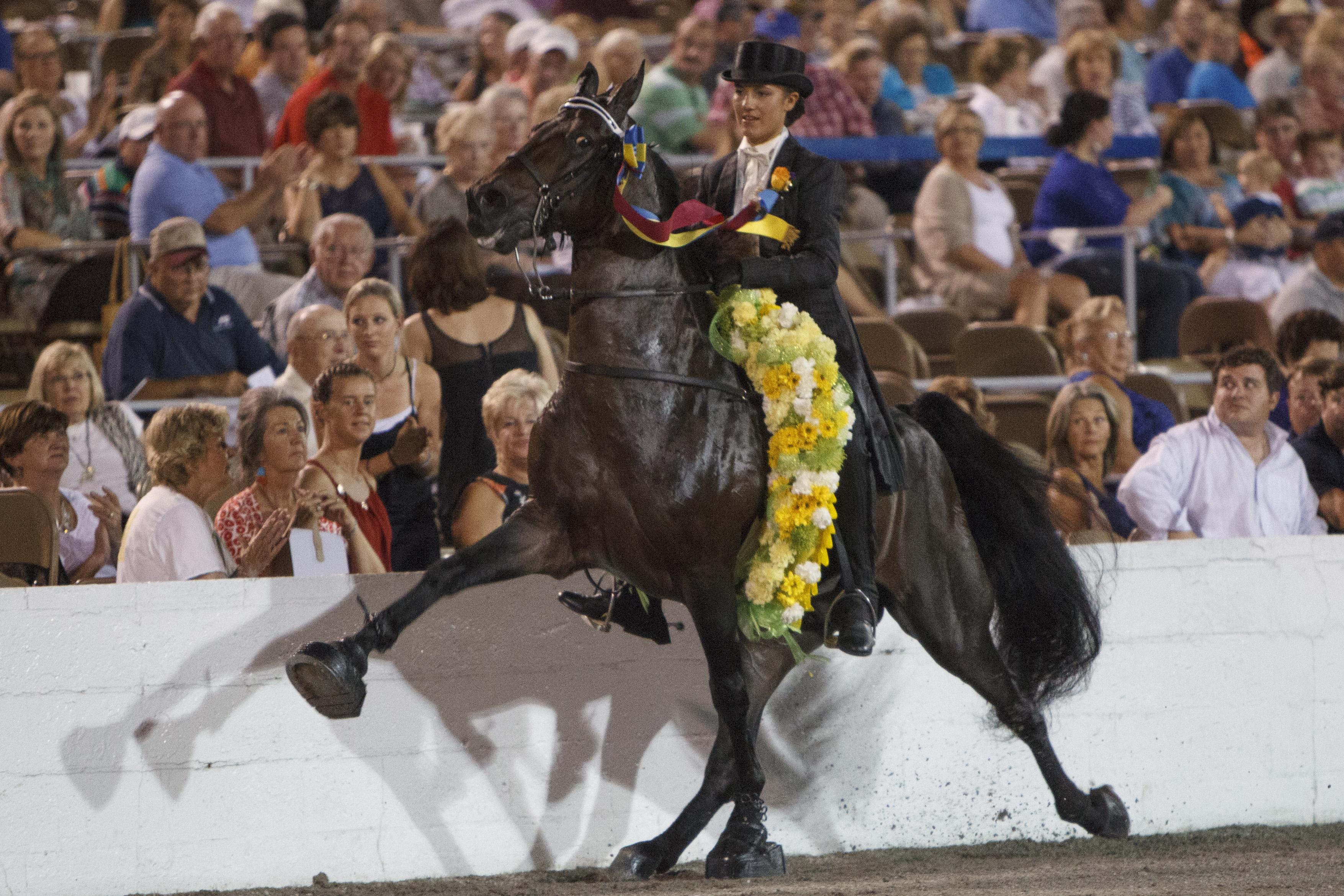 The 75th Walking Horse Celebration in Shelbyville, Tennessee on August 29, 2013. Photo courtesy of the HSUS.

I was dished up “a two-step-around-the-truth” form letter from my Senator as a response regarding the PAST Act (S 1007). Sen. Alexander (TN-R) continues to parrot the Big Lick Tennessee Walking Horse script of falsehoods to make his argument for not supporting the PAST Act (Prevent All Soring Tactics).

The Senator started with the folksy pairing: “You don’t shut down America’s national pastime (baseball)” due to a few players using steroids with: “(If a few TWH) trainers, owners or riders ‘illegally’ sore a horse (you don’t) shut down one of Tennessee’s most treasured traditions.” Alexander ignores the train-with-pain action devices that are the foundation of the Big Lick TN Walking Horse (TWH) gait.

Those tactics can be “shut down” and still preserve the thrill of watching (and riding) the TWH breed. He ignores the actual legacy of the smooth, ride-all-day natural gait, confusing it with the exaggerated man-made plodding Big Lick.

The Big Lick is not “one of TN’s most treasured traditions,” as repeatedly argued by Alexander. Action devices were not clamped onto TWH show horses until the 1950’s. Alexander hides behind chemical soring to distract from soring created by action devices that manufacture the contrived, tendon-stressing Big Lick gait. 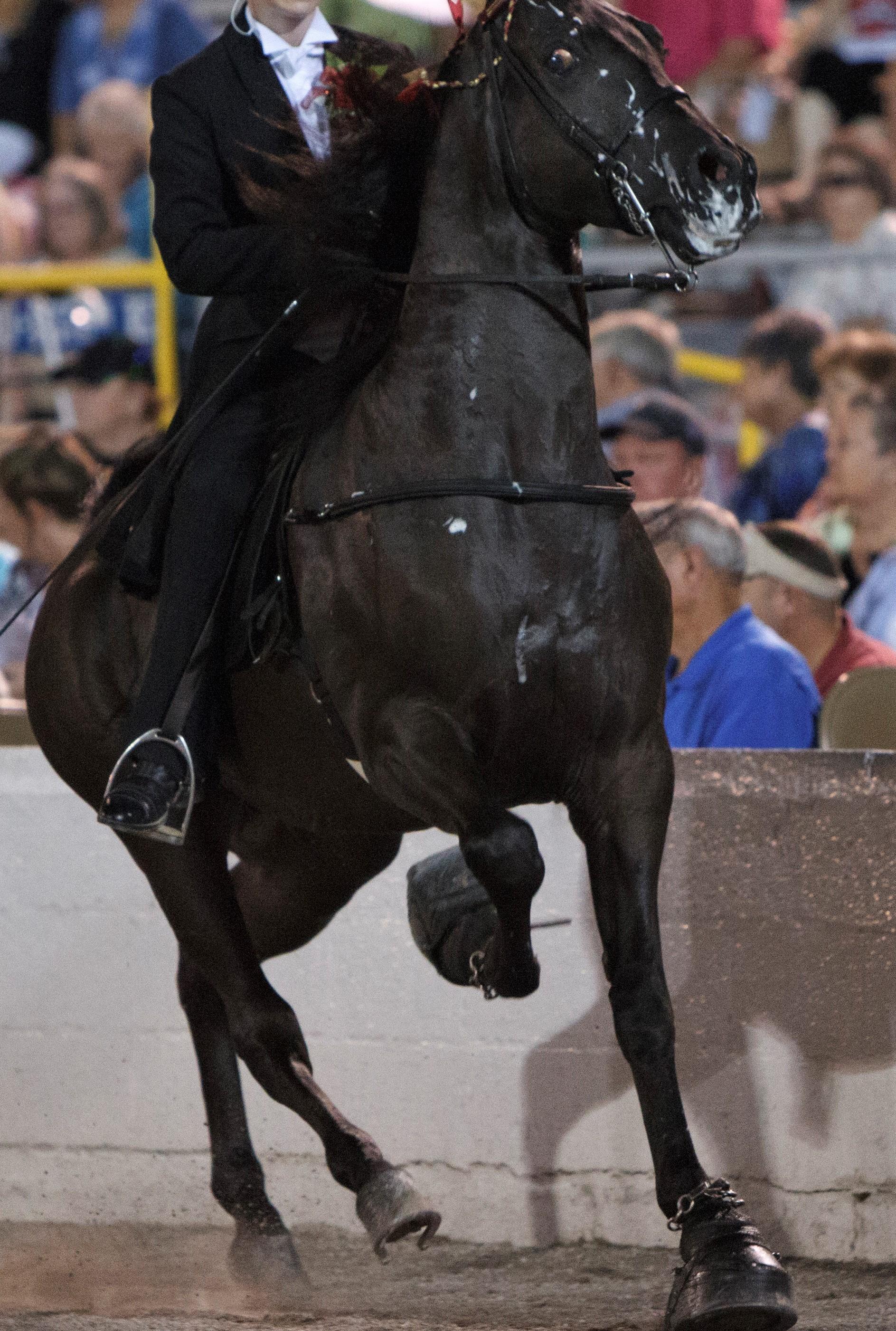 Sen. Alexander tenaciously claims that the PAST Act “. . . would have a significant negative effect on TN Walking Horse Industry and small business.” His economic impact over-statements were exposed by a PhD agricultural economist in the “Tennessean” on the Opinion page on June 20, 2019 (“Senators Relying on Spurious Tennessee Walking Horse Economic Data”).

The Senator overlooks photographic proof of empty bleachers at the 2019 TWH National Celebration in Shelbyville, TN. The days of filling the 7,000 seat area are long past. 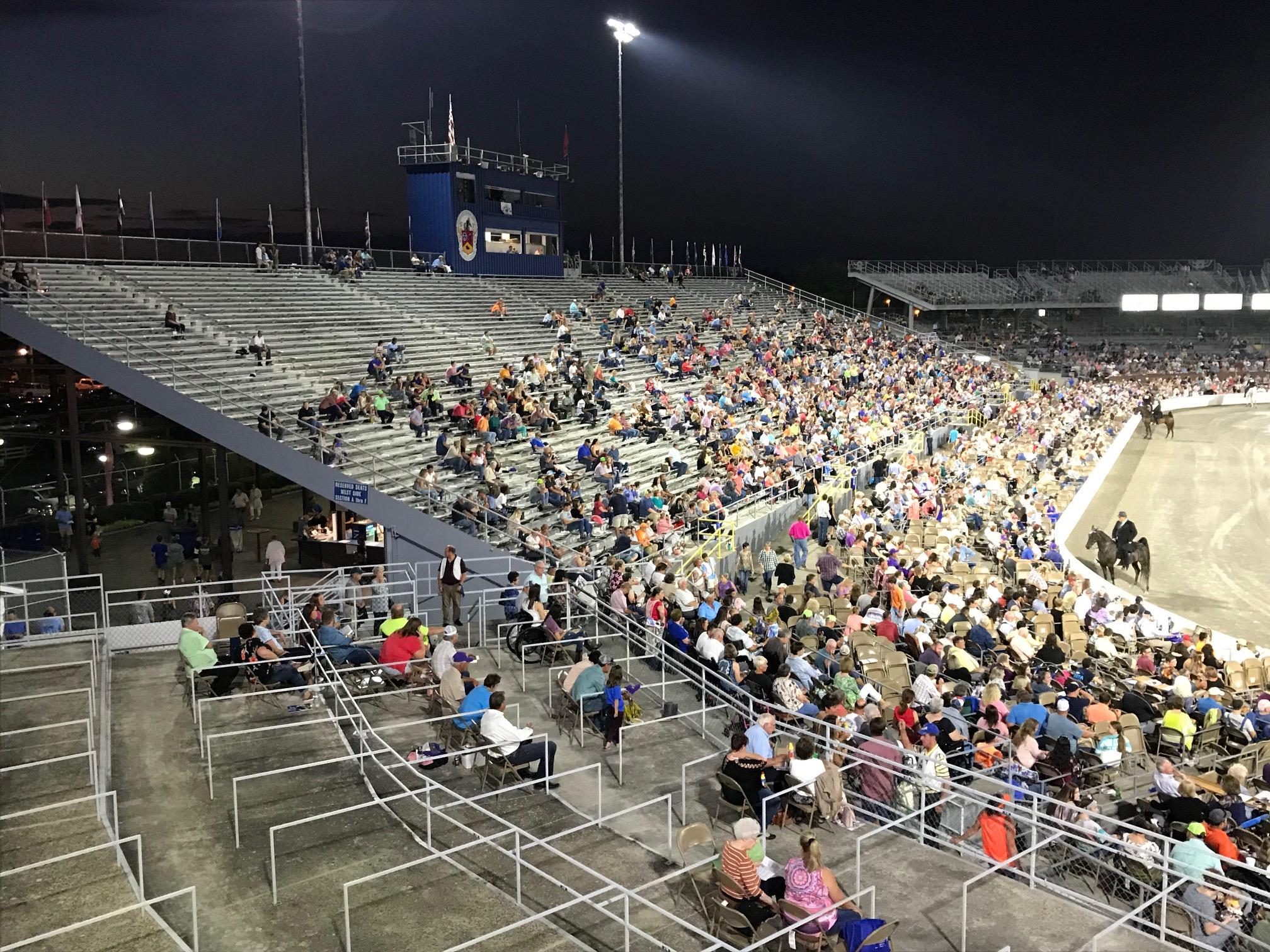 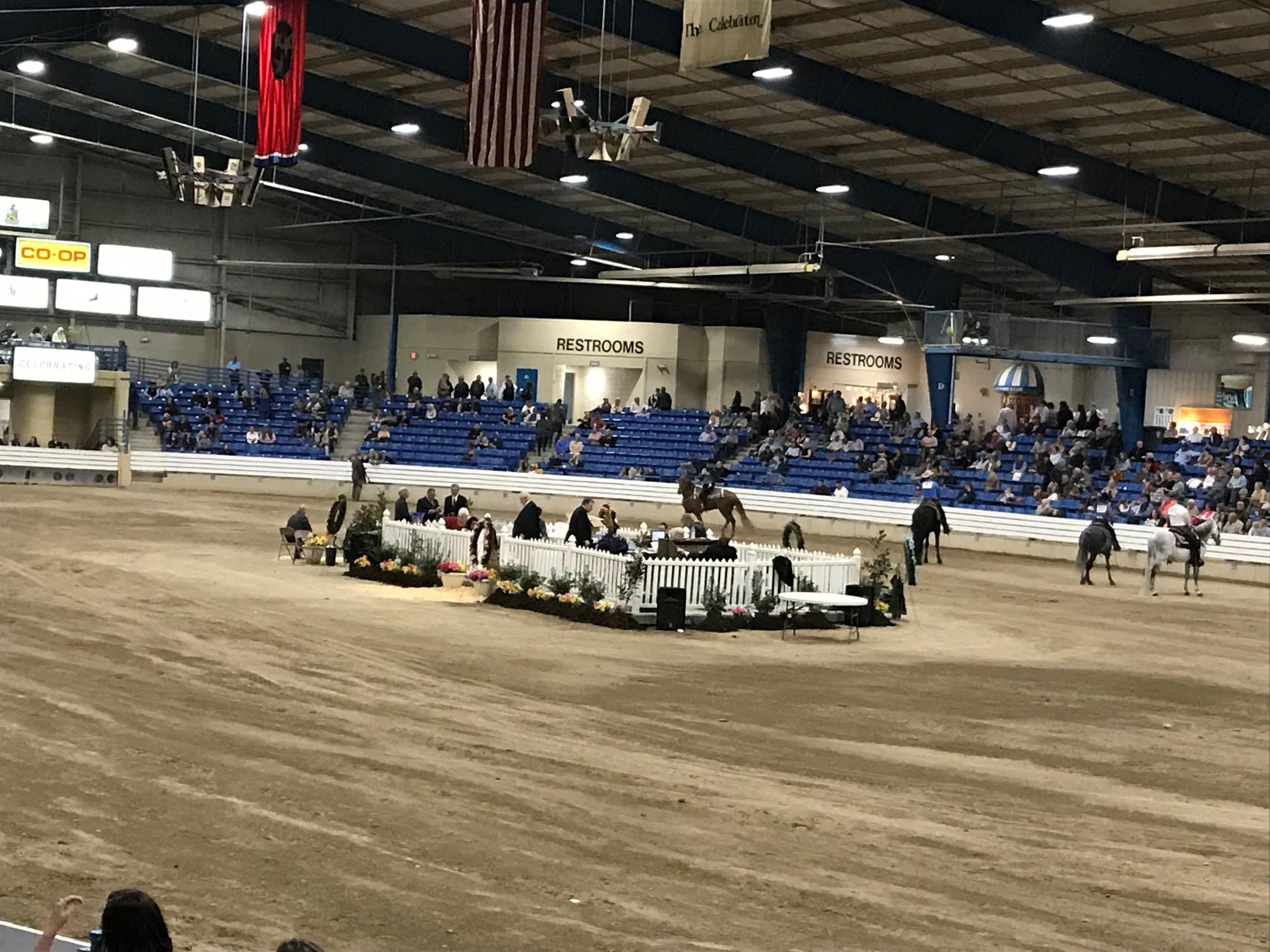 Alexander’s misleading use of the term “industry” puts a legitimizing spin on what are show-horse hobbyists. By definition industry implies creating a substantial economic contribution. In truth, the Big Lick hobbles (figuratively and literally) the image and economic value of the Tennessee heritage horse. The notorious reputation of the Big Lick “training” methods continue to make the stacks-and-chains laden horses a pariah in much of the equine world. 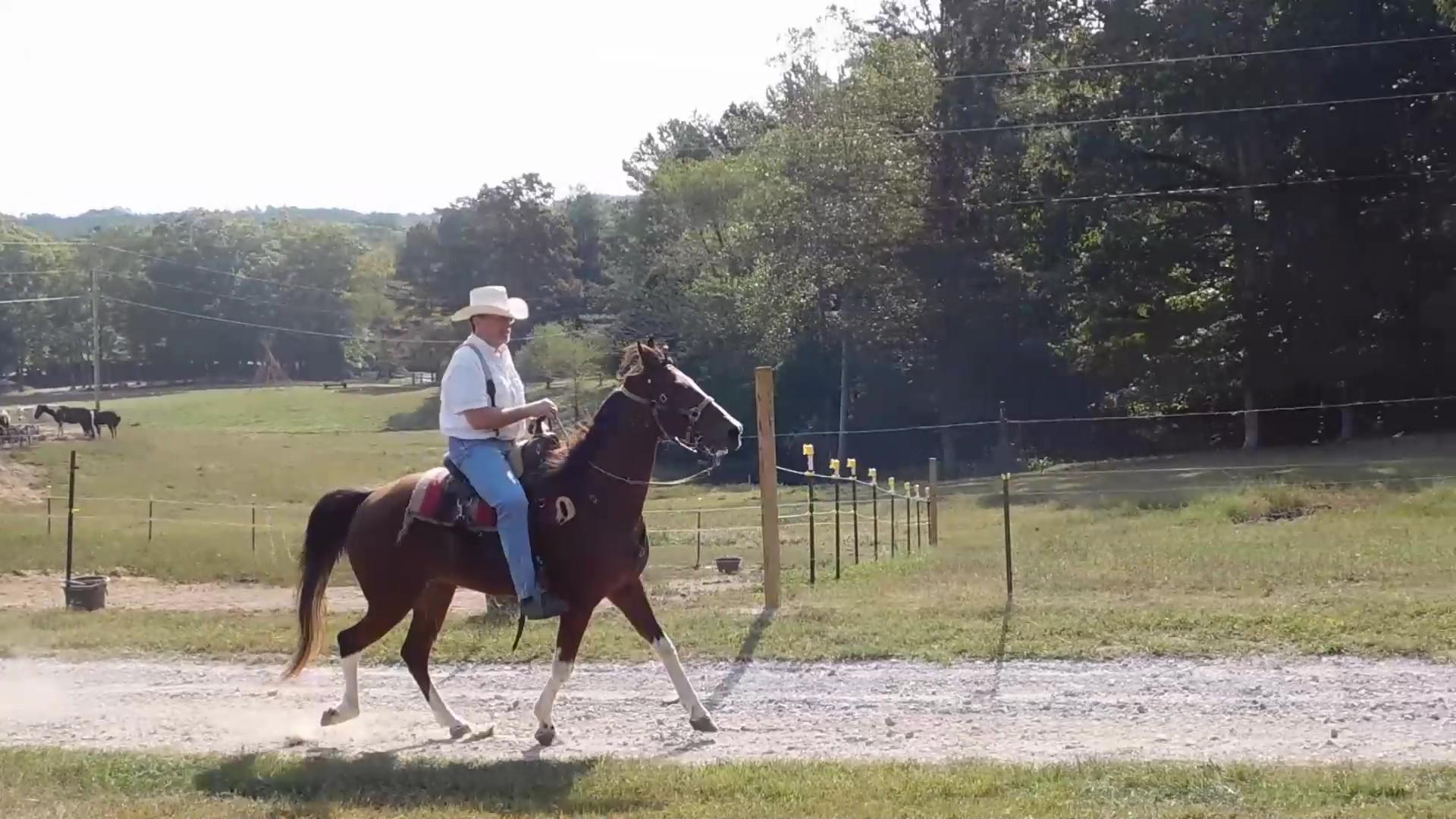 Veterinarian Angie Lingl investigates for signs of soring at the stables of well-known Tennessee walking horse trainer Jackie McConnell in Fayette County, Tenn. The undercover investigation led to felony criminal indictments against McConnell, for multiple violations of the federal Horse Protection Act. Evidence was found of soring, the application of painful chemicals, and heavy metal chains applied to the horses front legs. Photo by Lance Murphey and courtesy of the HSUS.

Regarding Sen. Alexander’s stand on the PAST Act: Is he campaigning not to support a bill (the PAST Act) that he actually knows little about? Or does he know, but chooses to parrot Big Lick myths? Alexander’s conscious — or ignorance-based — support of the Big Lick portrays Tennessee as a state that sanctions animal abuse.

Given the comments on TWH related stories in the national press and on Horse Nation, the country (and the world) supports removing the stacks and chains and other types of soring from the TWH. Sen. Alexander’s erroneous form letter muddles the purpose of the PAST Act and champions continued abuse against the Tennessee Walking Horse.