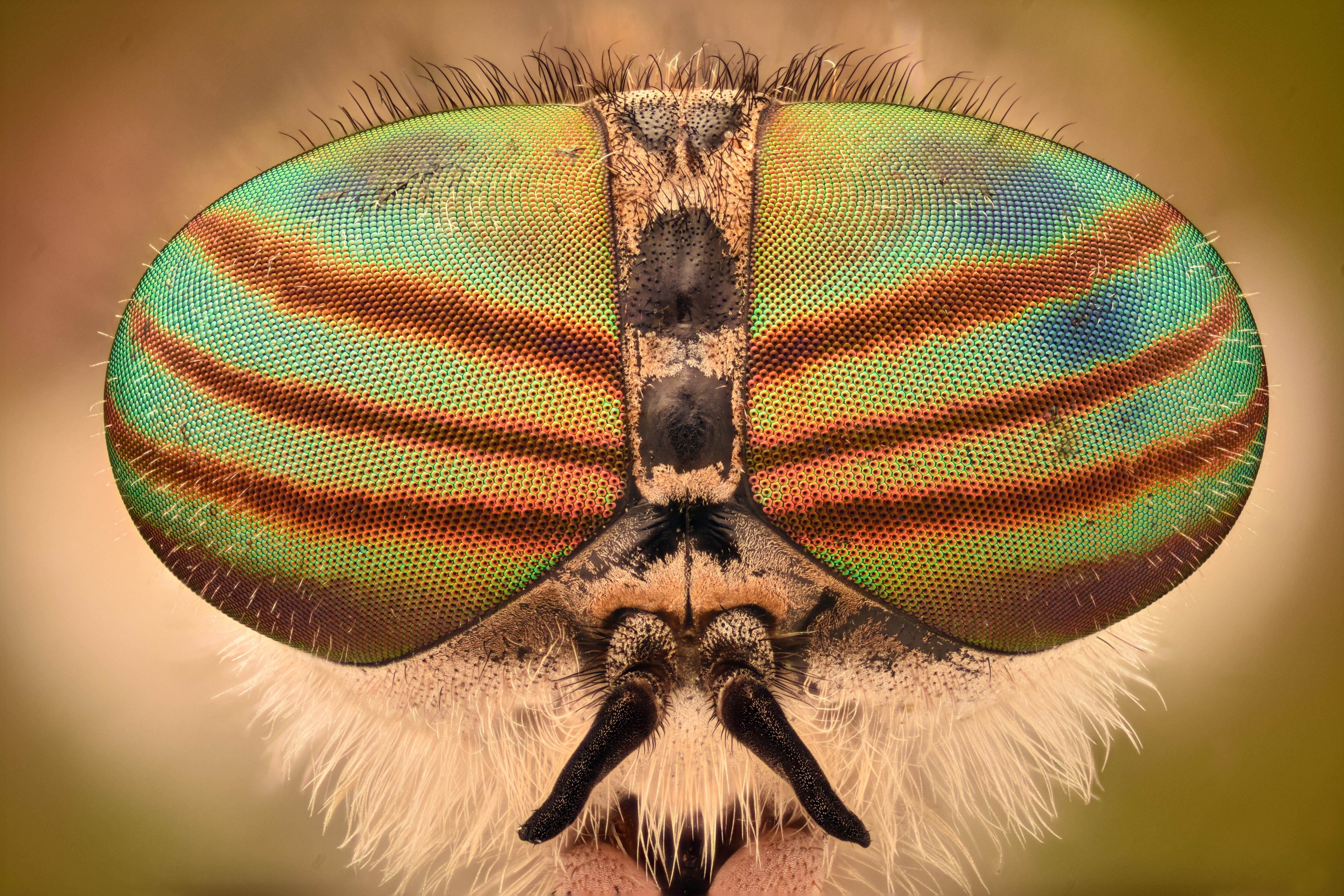 Horseflies are a real pain in the you-know-what… until they aren’t. 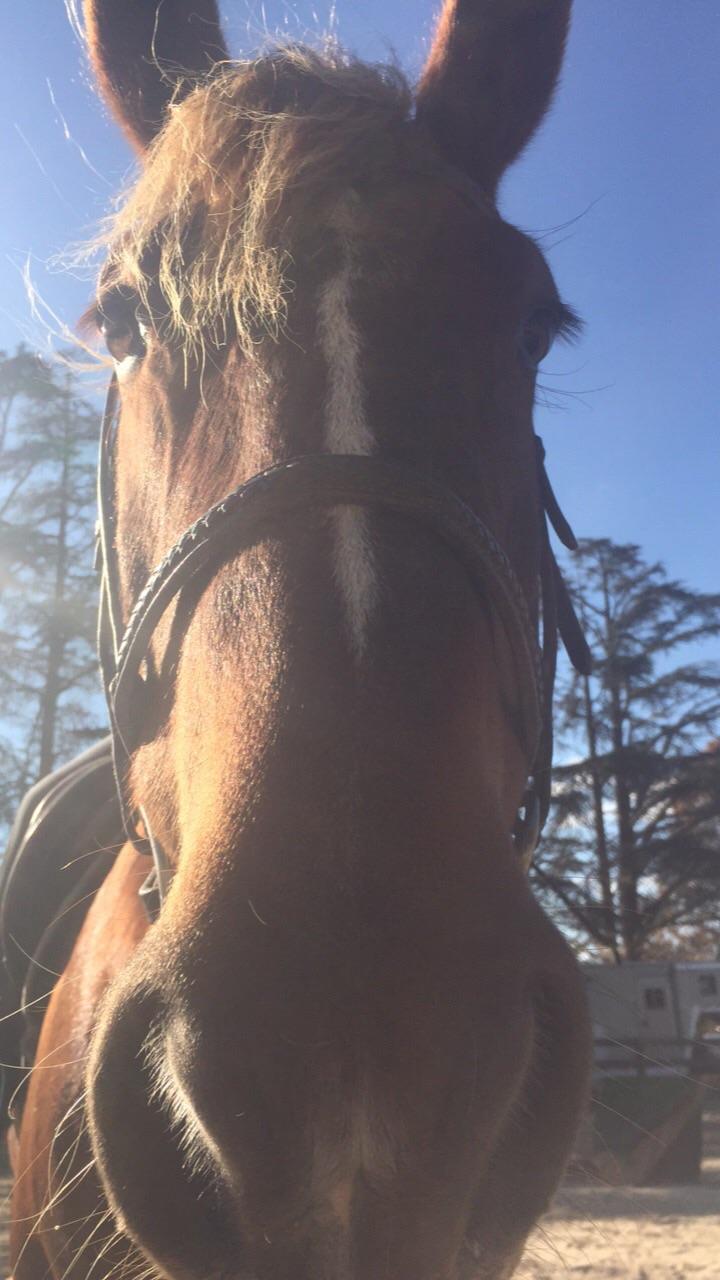 Allow me to introduce Emalea. The one horse I was never going to own but somehow ended up buying. And I have not regretted it. She is a draft cross, guessing a Belgium/Quarter Horse. Originally a PMU farm rescue, I bought her from her rescuer. She had been gentled and fox hunted plus a dabbling in eventing. The fox hunting history has proven interesting, although that’s another story.

Co-owning my own little farm, I am spoiled with the greatest place to work with my two horses and my friend’s horse Raffle, who came from the same background as Emalea but with little training. Oliver Twist is the other horse I own — a nurse mare foal rescue, also a spotted draft crossed with who-knows-what. Going on three, he’s looking more and more like it may be draft and elephant since he’s already 16.2hh. 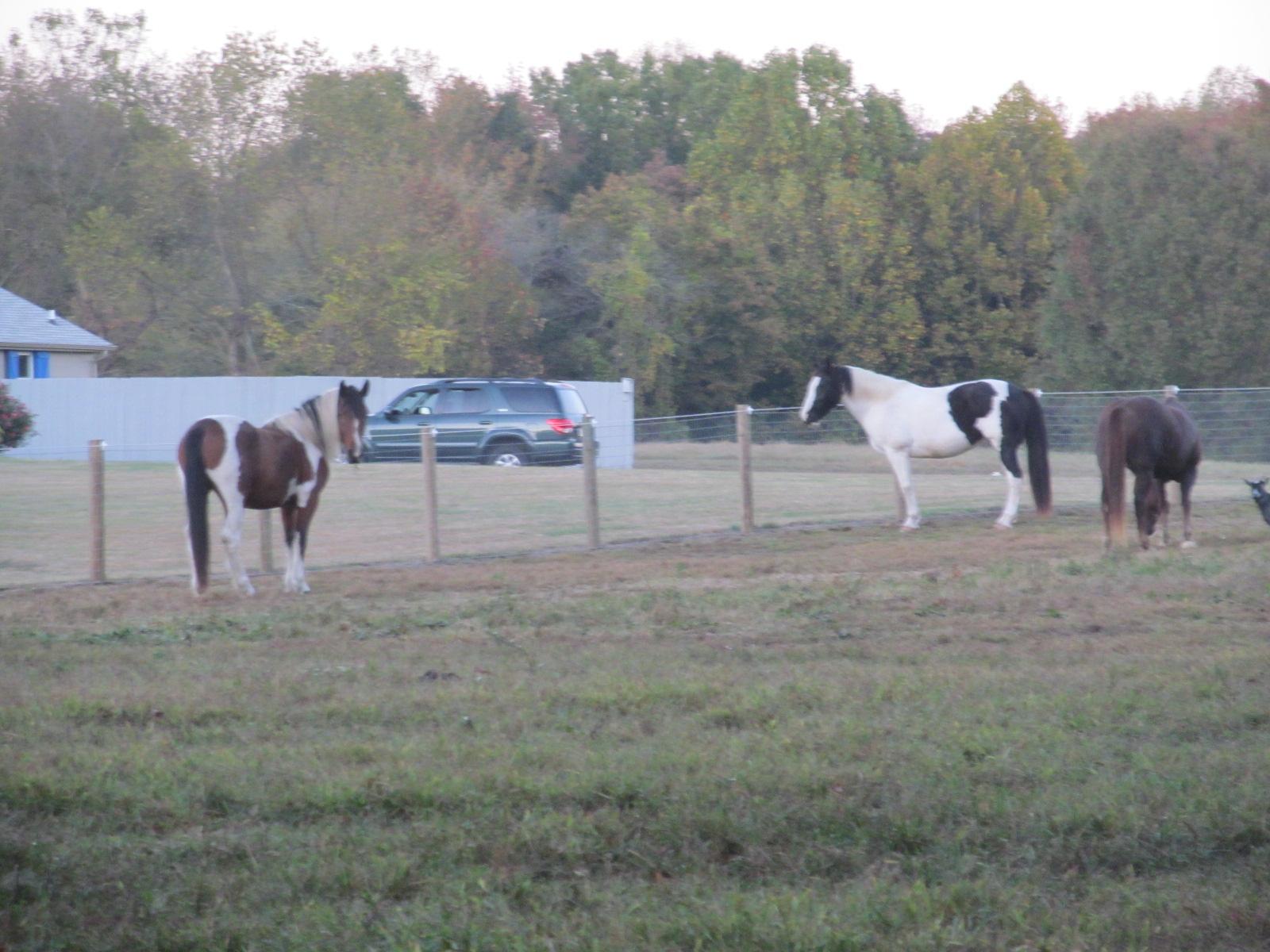 Oliver on left, Raffle in middle, Emalea on right. Photo by AnnMarie Johns.

I often ride alone. The early mornings prior to work, the chance off day that I can trailer out, the rare evenings when I have nothing else scheduled. Emalea is my Red Mare. The one horse I was never going to own: chestnut, mare, short (15hh with shoes). She is all of it — and I love her to death.

At eight years old, she has the most training of the three that I usually ride/train. So she’s the one that gets to trailer out and go trail riding solo. Typically Emalea trailers fine – she’s not a self-loader, but she will get on the trailer with no complaints. I have an older, small straight-load two-horse with a ramp. And although I personally would love to upgrade she has not seemed to mind it. 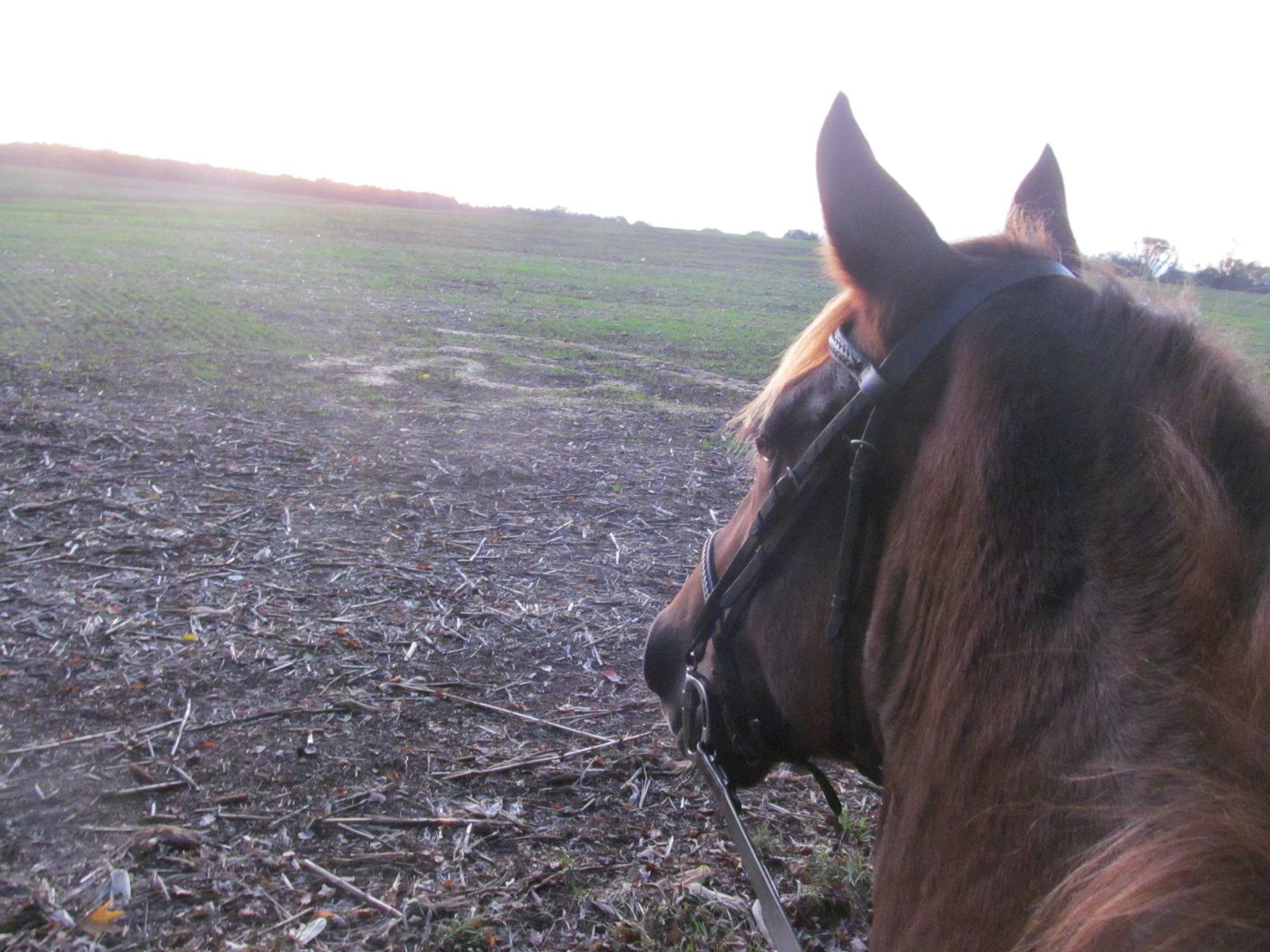 Emalea on a solo trail ride. Photo by AnnMarie Johns.

Until one day in February when I was trailering to a dressage lesson and it was raining. She simply WOULD NOT LOAD. Out came the stud chain and the dressage whip and she got back down to business. Now I never load her without those two items although I never enforce with them, they’re just there.

Enter Labor Day weekend, 2019. Monday was going to be busy so I took the opportunity on Saturday to trailer up to Fair Hill for a trail ride. Solo. Emalea loaded great — we arrived at the Gallaher lot and I texted my friend my location, arrival and expected return. You know, for my safety. ID, cell phone, and Emergency Contact card in pocket, and off I went. 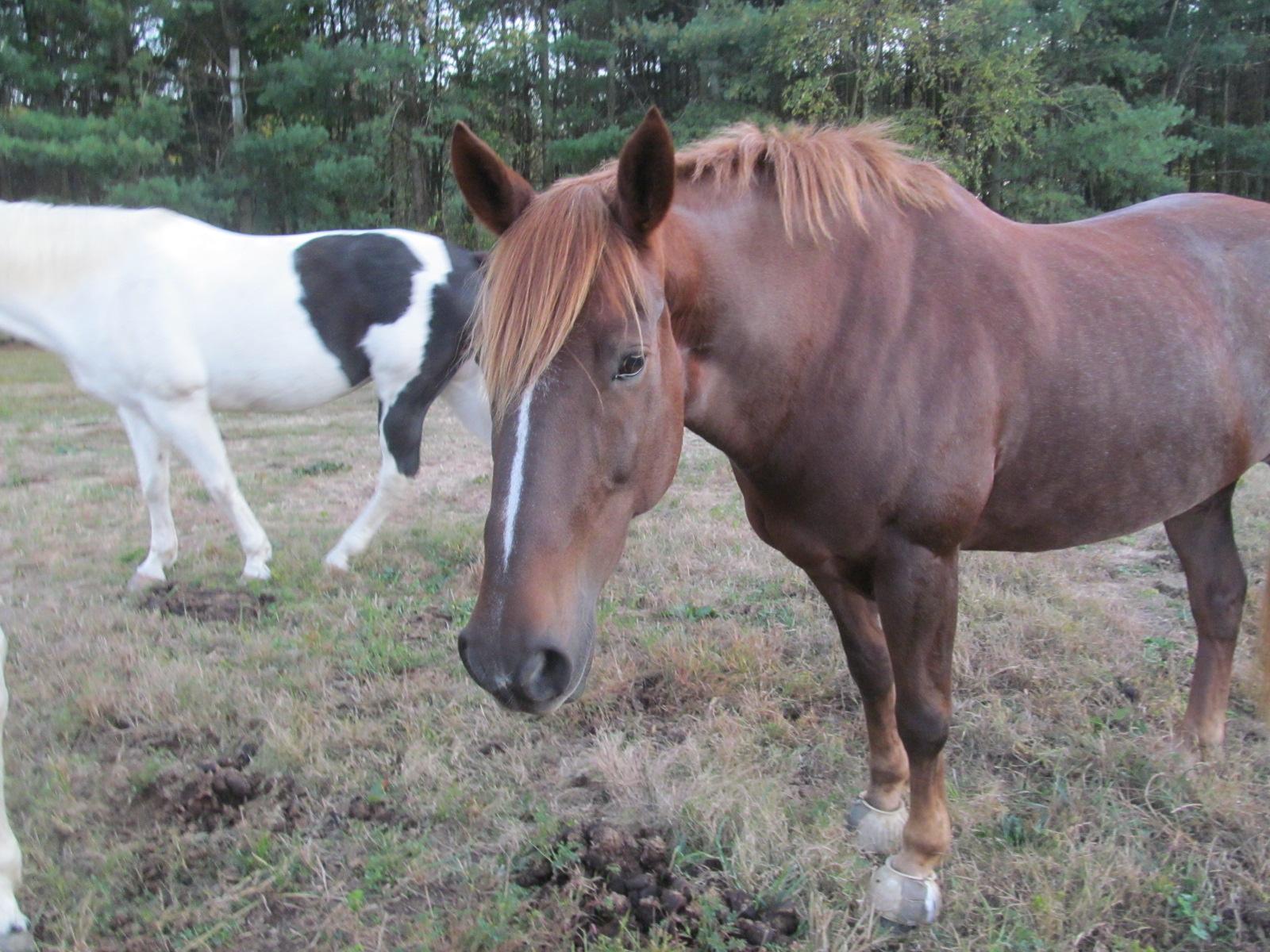 The ride was relaxing as it is supposed to be, except for the crazy horseflies. It’s like being attacked by a bomber. Red Mare turns Red Dragon and starts swishing the tail and threatening to really hop around…peek behind and voila! Horsefly enjoying a feast.

Horseflies aside, Fair Hill is one of the best places to ride out in our area. We flushed some deer, eyeballed some cross country jumps (that’s too big, girl, calm down), galloped up hills, rode through woods — and just loved life for an hour and a half. I let my friend know I was back at the trailer and untacked.

Emalea refused to load. I admit that it’s primarily my fault. I was lulled into thinking she’d be fine — she’d been loading so well! So I tried sans stud chain and whip. *sigh* Do I ever learn?!

Out came the chain and whip — no go.

Was it half an hour? Forty-five minutes? By myself. I admit, I absolutely hate loading an obstinate horse in a crowd of horse people giving-advice-unwanted-and-otherwise, but right then? I’d have taken a mob of them if they were to be had!

By this time the incredulous attitude of my Red Mare was starting to tickle my funny bone. I mean I couldn’t stay there all day! I am a praying woman — out of desperation I thought “Okay, God, now what?!”.

I no sooner got finished thinking it when a massive horsefly landed on Emalea’s rump. The feast began — and Emalea would have none of it. Tail swishing, rump jumping, some encouragement from the handler and voom! up in the trailer she went!

That butt bar never got secured so fast. 🙂

Thank you, God, for horseflies. 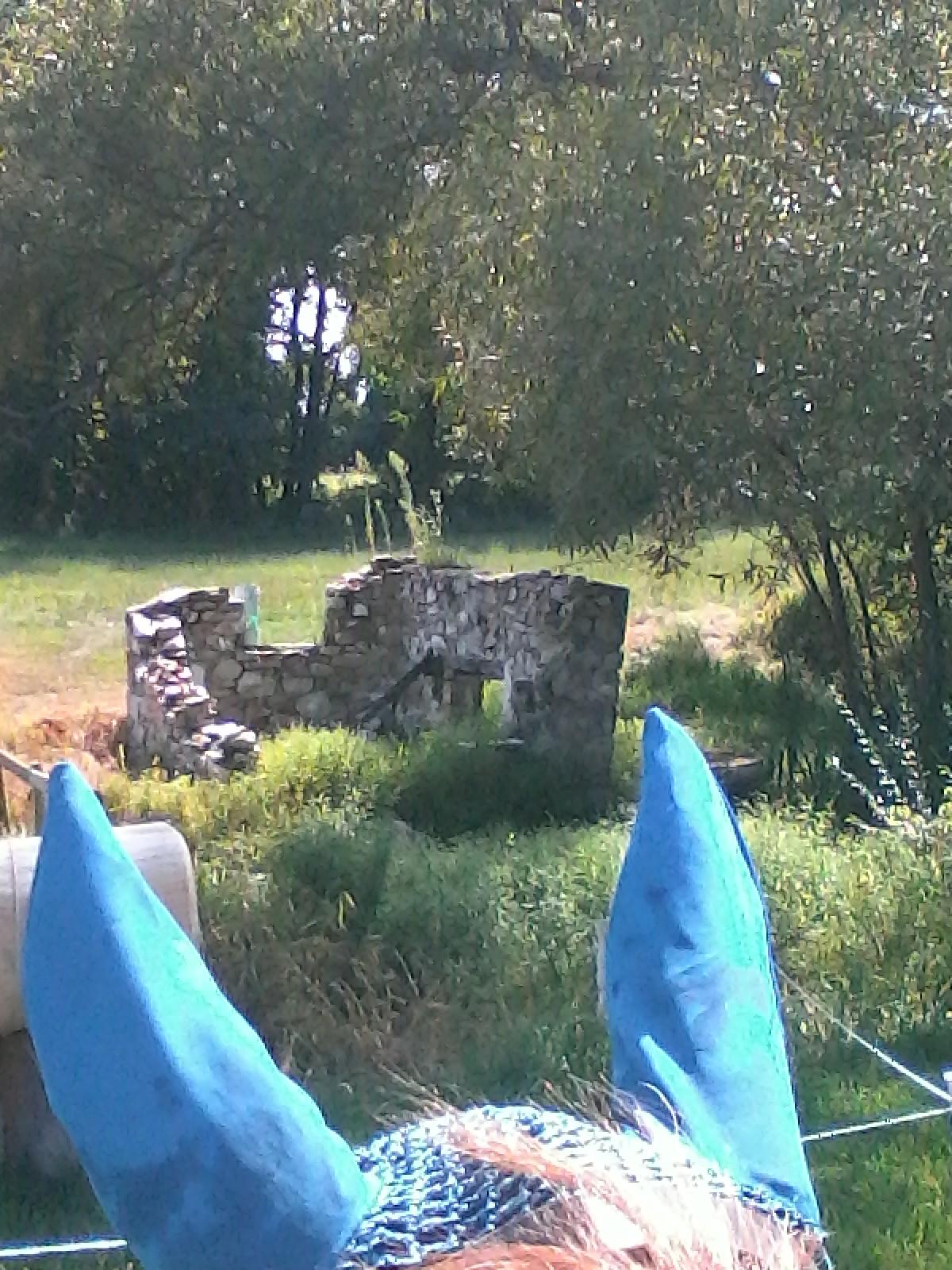 That fated day at Fair Hill. Photo by AnnMarie Johns.

AnnMarie Johns grew up with horses and still rides for fun. After a wonderful coach introduced her to dressage, jumping and cross country, she continued to pursue lessons to better her riding and horsemanship even after she moved out of her area, although she does not compete. She currently lives and works in the Newark, DE/Elkton, MD area where she works as an “Administrative Assistant” (translate: Jill of All Trades) full time so she can play with her horses and dogs the rest of the time.