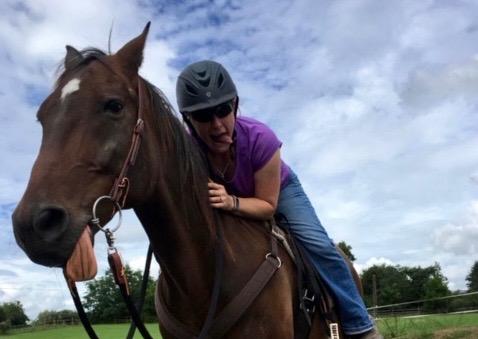 “I want to challenge all the horse people I know to open their minds and hearts to perfectly imperfect horses.” 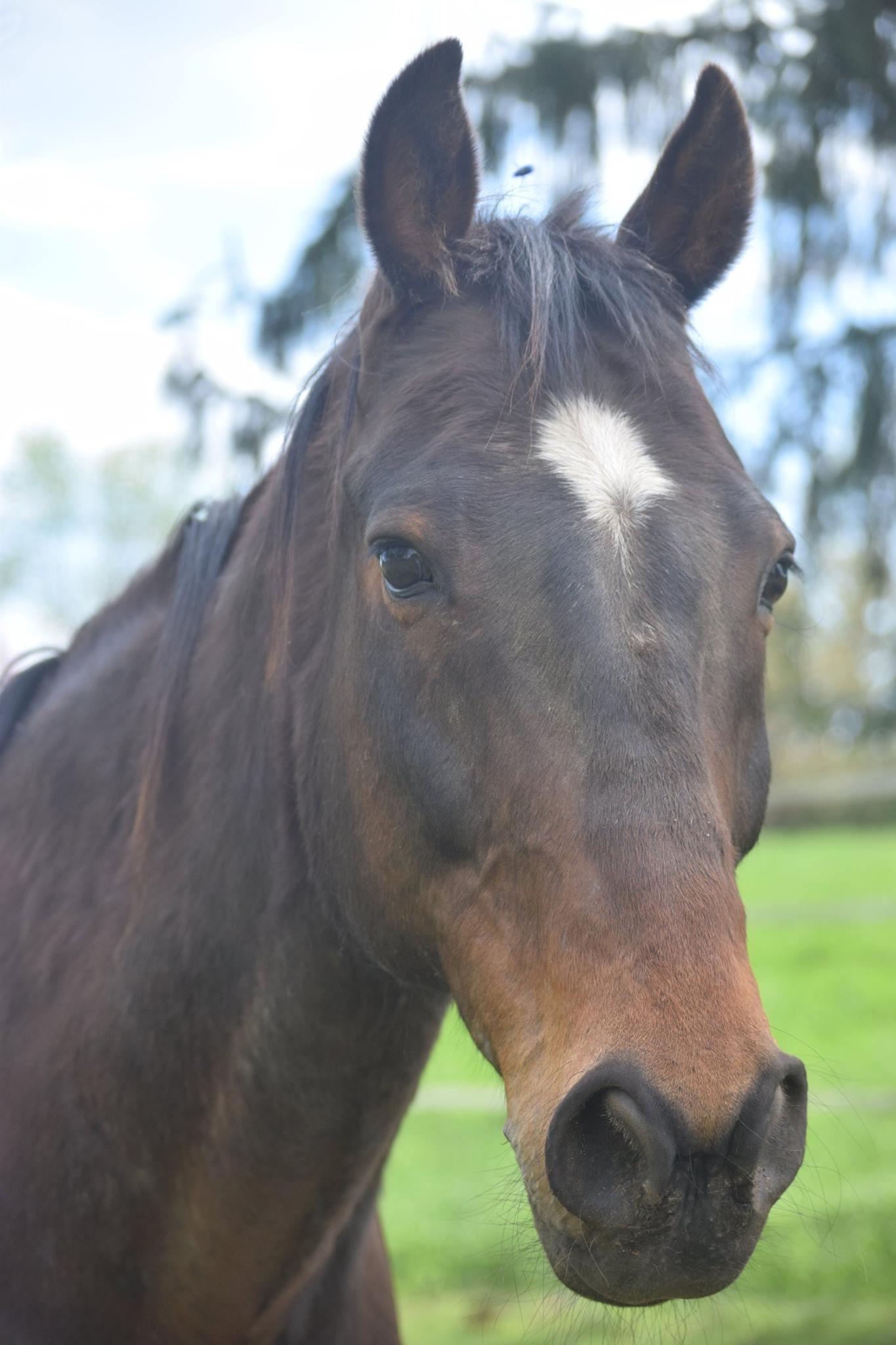 Think back to the first horse you ever rode. For most of us this was likely a horse with a swayed back, a large knee or an imperfect hock. This horse probably was not a grand prix show jumper or a champion halter horse, and it probably had not earned many belt buckles. 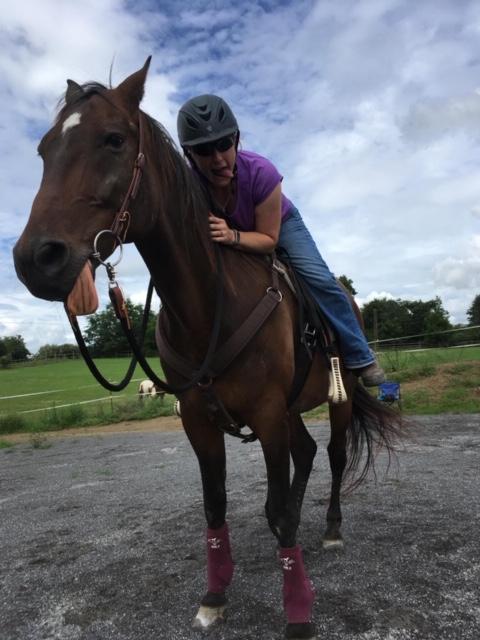 A few weeks ago, I was sitting at the Retired Racehorse Project watching the hunters when a woman sat down next to me. A horse started acting up in the arena, and she and I struck up a conversation about how much we love it when trainers have a good sense of humor when a horse behaves imperfectly.

We ended up talking about the racehorses she had bred and the sort of trainers that she loved to work with who are patient and loving with their horses. Then she told me where their stalls were in the barn and said that the theme of the rescue she works with is “broken crayons still color.”

I have been thinking a lot about that conversation over the past two weeks. Two years ago, I took a chance on a Standardbred who had been pulled from a kill pen but was left at a quarantine facility looking for a home. He had big bulbous knees, popped splints and a broken wither. All of these things were unsightly but none of them really bothered him. 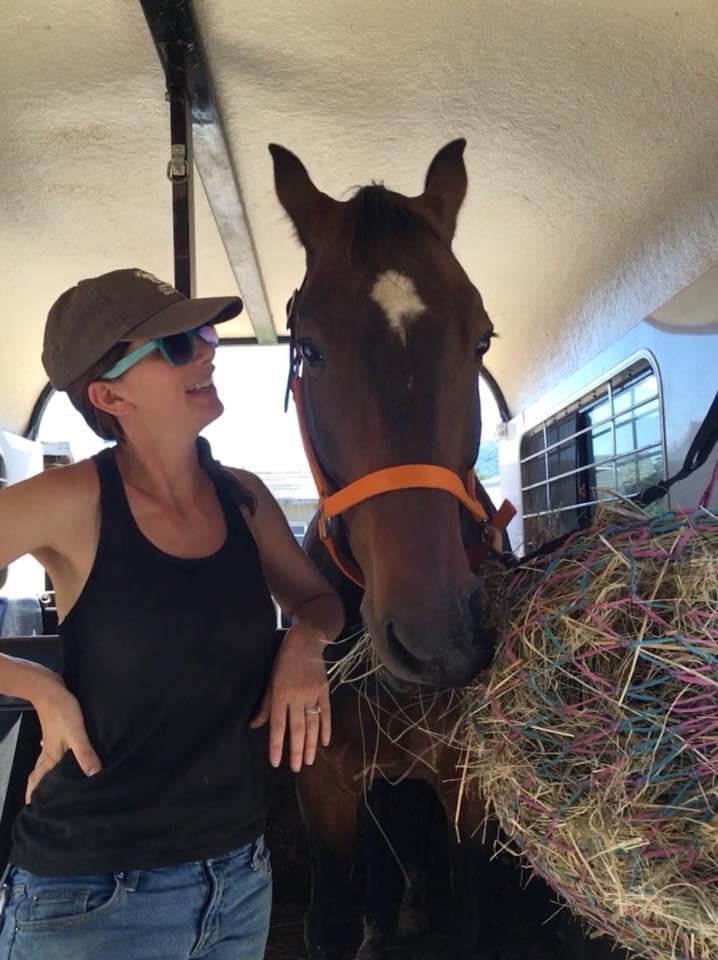 The far bigger problem was an underslung right hind fetlock, complete with tendon sheath swelling, an effusive fetlock and a very upright hock. His whole right hind leg was simply not well conformed. My vet and I both thought that his right hind leg had probably been the culprit of many of his other injuries, but I took a chance on him anyway, got him fitted to a saddle that fit his broken withers and wrapped his legs in support boots.

And for the last two years, Matt has been the greatest horse I have ever owned. He is kind and loving. You go into the barn and he sweetly nickers for you. You stand near him, and he gently — ever so gently — leans against you, breathing you in and asking politely to be scratched. He turns his head and leans into your touch when you finally stroke him. 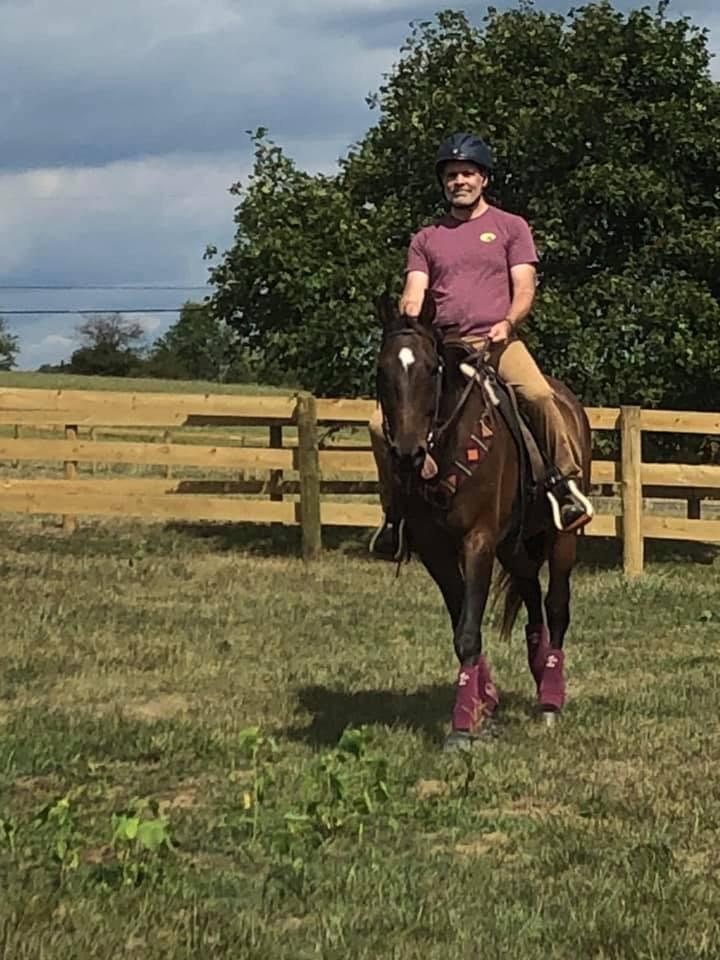 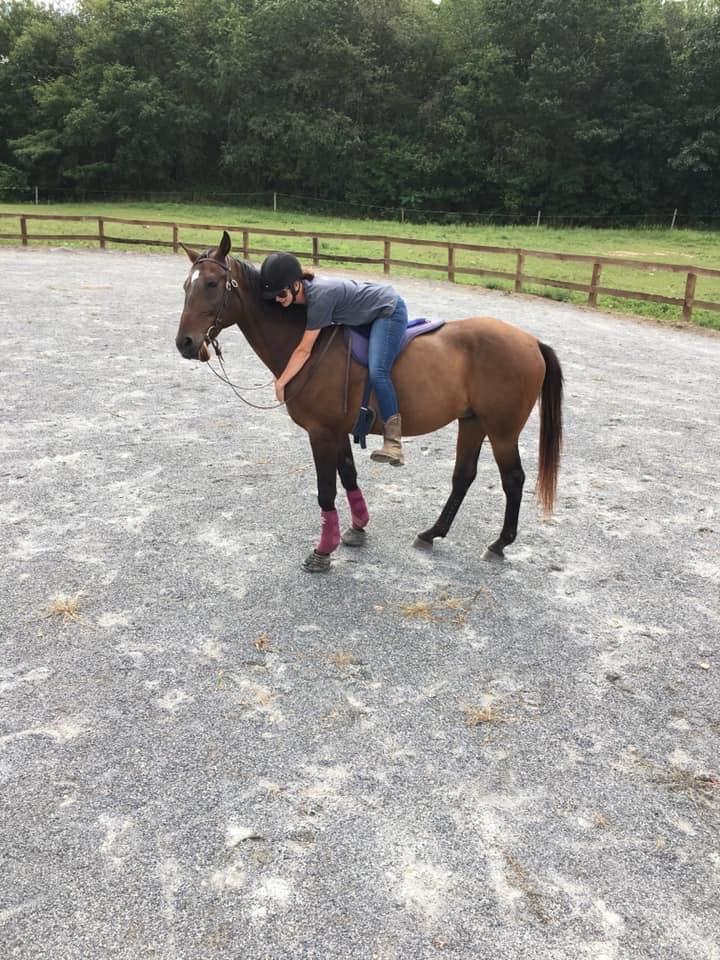 While I was in Kentucky, Matt fell in the field. His right hind gave out and he broke his tibia. My vet and I did everything we could, but, due to all of his other physical limitations, Matt was not a candidate for surgery. We tried flushing his joint to see if we could make him comfortable enough to let the joint heal on its own, but, even while on stall rest, Matt was struggling to get up from lying down and to walk without falling on his forehand.

We worried that his bulbous knees had been caused by a fall much like the one he had suffered in the field and we started to question what the likelihood was that he would fall again while recovering. Could we make him comfortable enough in the long run? Would that leg ever really be able to function properly after a break when it was barely functioning before?

After many conversations and many, many tears, the vet and I made the decision to quietly lay Matt to rest while he was still his happy, sweet self. 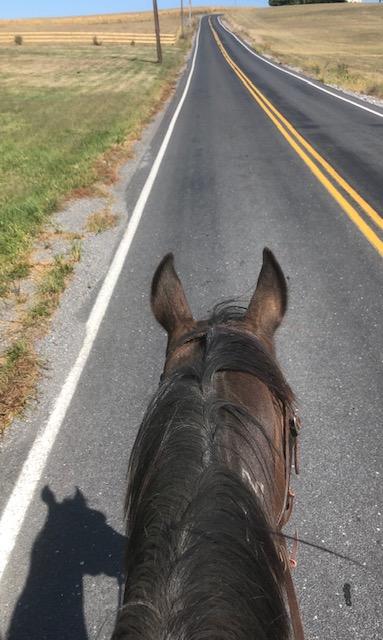 As heartbroken and devastated as I am at the loss of my sweet soul, I can’t help but smile as I think about the last two years with Matt. I have absolutely no regrets for taking a chance on an imperfect horse. He has given me so much love, brought so many new students and friends into my life and has given me a deep and abiding love for Standardbred horses. My life is so much richer for having known and loved him.

The thing is that Matt was never content to sit and be idle. He liked to go and was always moving forward. So, to honor his memory, I want to challenge all the horse people I know to open their minds and hearts to perfectly imperfect horses. Now, does this mean that you should go to a kill pen and expect to find the next Snowman?

But what I hope is that, if you are looking at a horse and you see that he has imperfect radiographs, slightly flawed conformation or won’t vet to be a prelim event horse, you will really think about what your goals are for that horse, what you are capable of as a rider and that maybe you will shift your expectations.

Maybe you will think of my Matty or of the school horses you rode in your youth. And that maybe when you open your mind and your heart to a flawed horse, you will be rewarded with a horse that constantly pleasantly surprises you the way that my Matt surprised me. 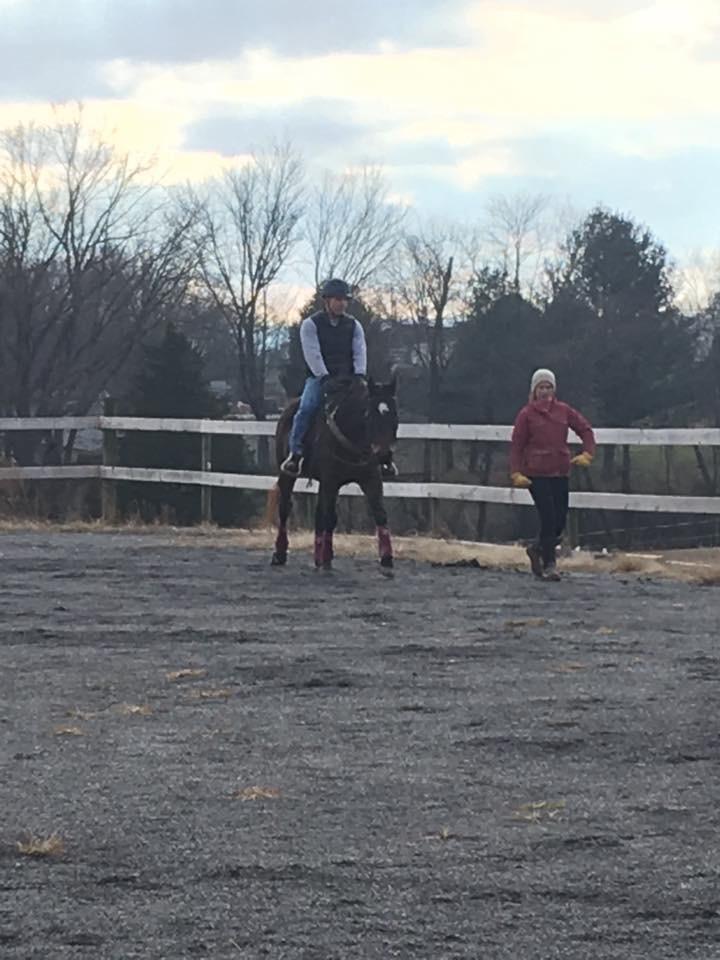 These imperfect horses need not only be low-level lesson and trail horses, like my Matty. I recently talked to Amy Lynn Paulus of Changing Saddles about her favorite rehab stories from her lifetime of rehoming Thoroughbred horses and she was full of stories of horses with physical limitations who went on to excellent sport horse careers.

Some of her favorites were: 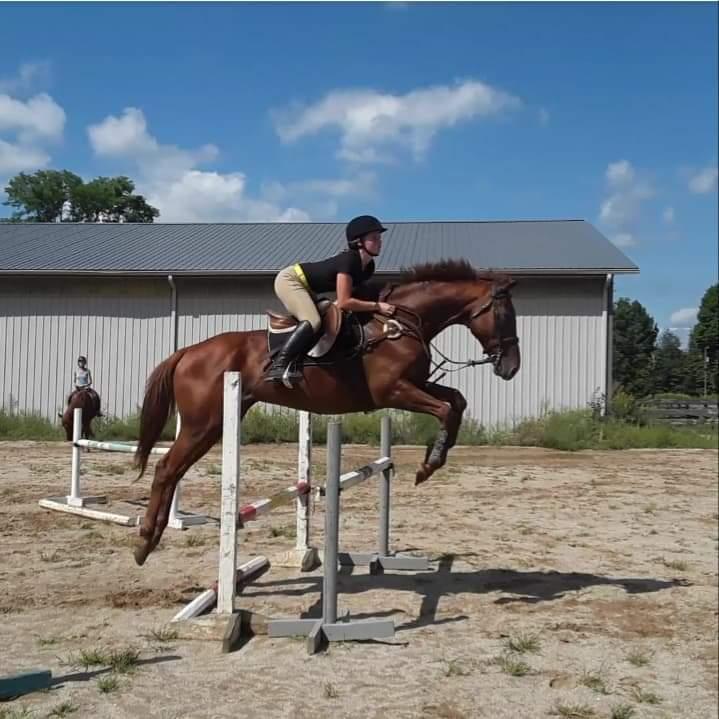 Infinite Oz, who broke her sesamoid in three places and is now a jumper.

Grand Secreto, who had a slab fracture and knee chip, and is now a beast on the cross country course. 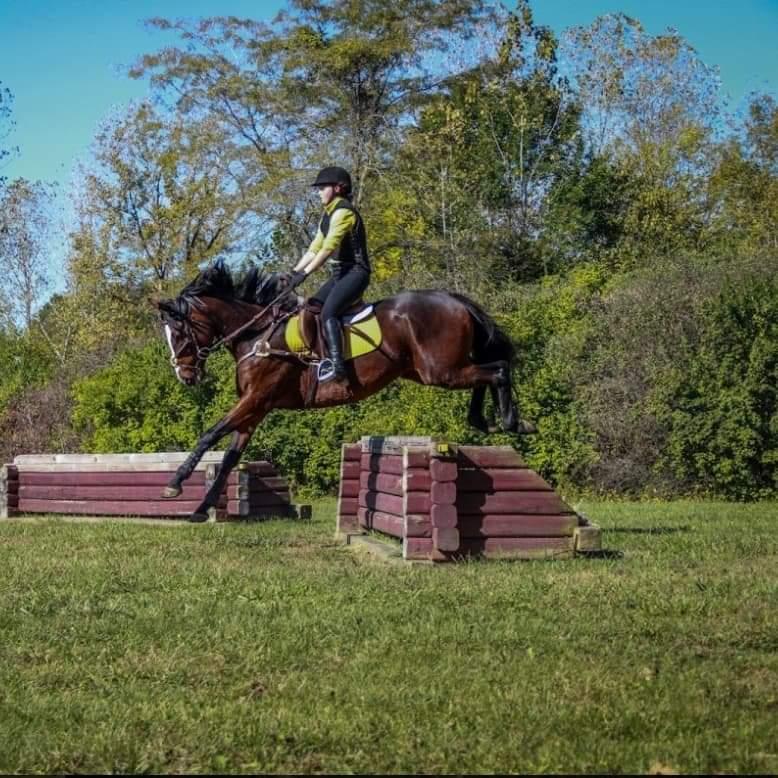 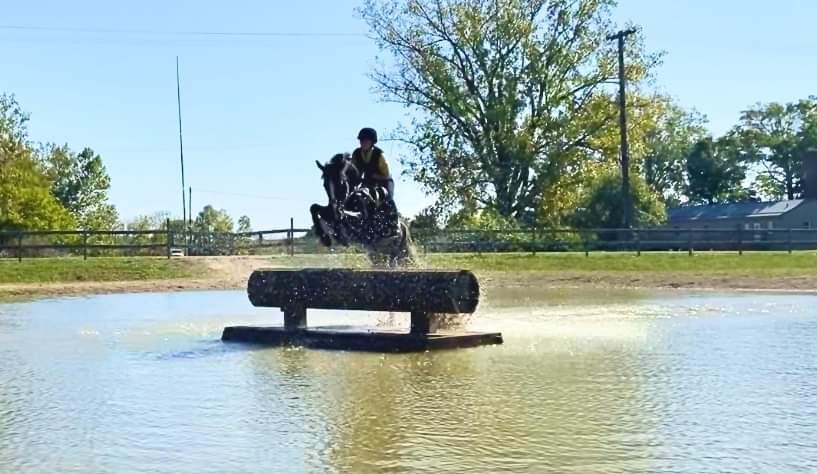 And Yearning, who had such huge osselets that there was little interest in her, but just finished 13th out of over 100 competitors in the hunters at the 2019 Retired Racehorse Project Thoroughbred Makeover and finished in the top 20 in the jumper arena. 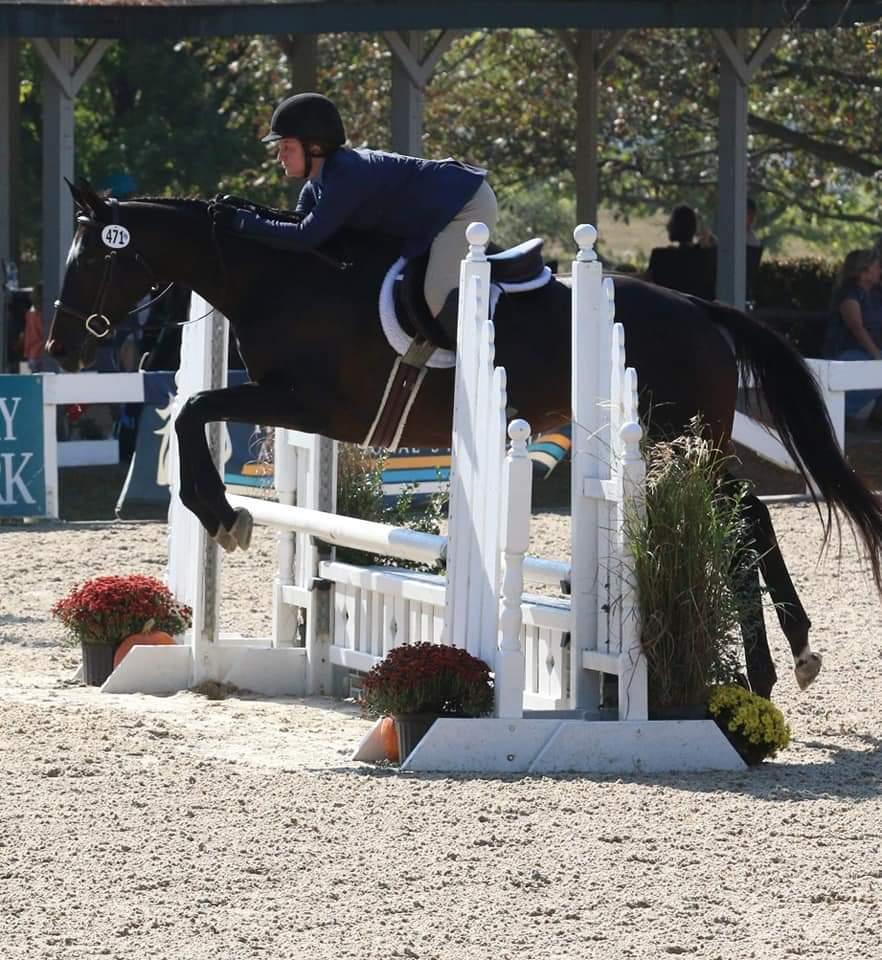 A few weeks before I left for the Makeover, I took on a Thoroughbred who had a knee chip and who had recently fractured his splint bone. Right before I left for Kentucky, Gil, as my step-son named him, was cleared to go back to work at the walk and trot. 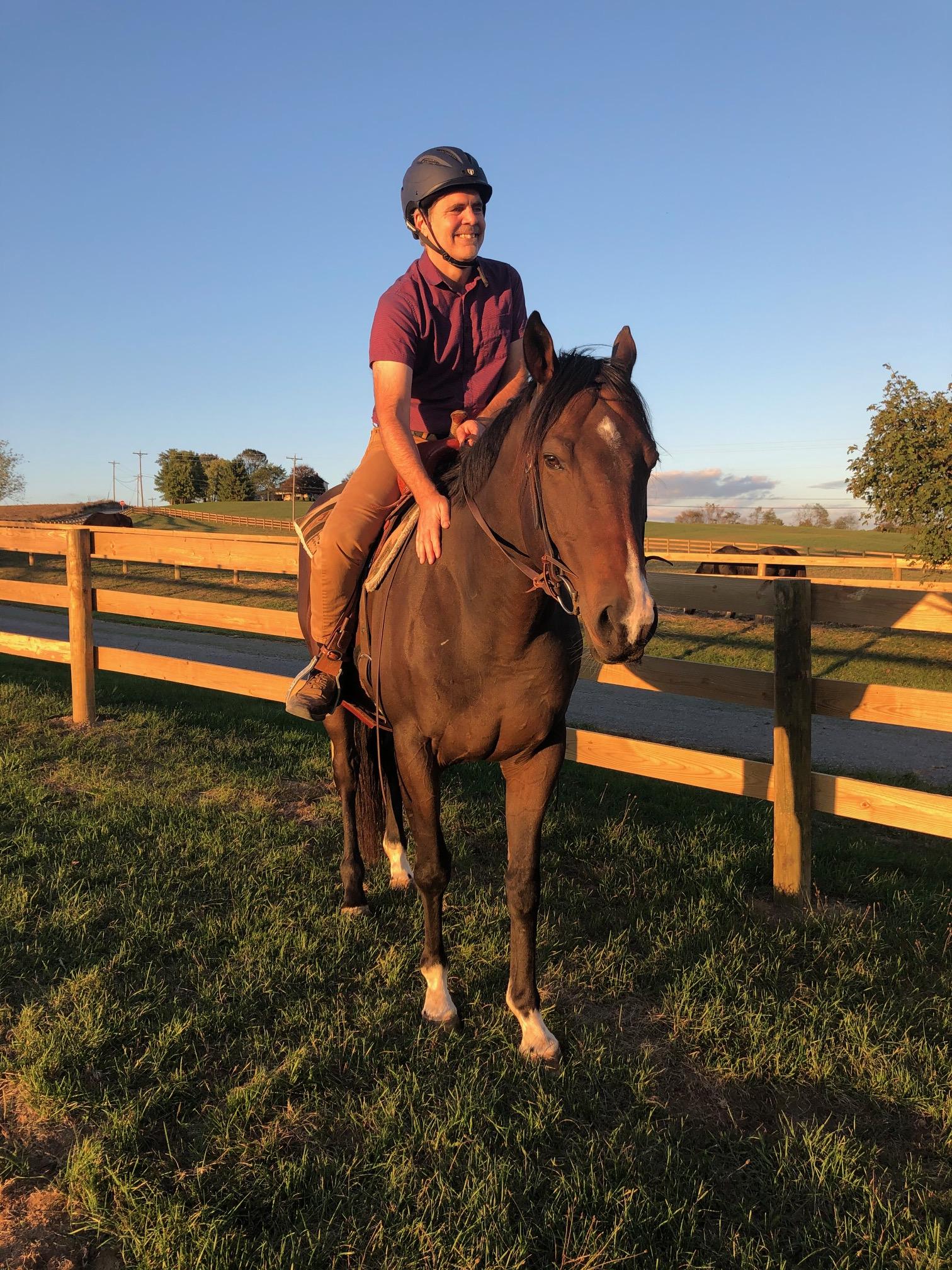 Upon my return, he stepped directly into Matt’s shoes with nary a stumble. He took over my beginner lessons, took my niece on a pony ride, packed my stepsons around on trail rides, rode happily with my advanced students, hacked out with me and was foot perfect for my husband. He stepped into my life and into my heart in the same way that Matt had two years earlier.

If I had stood on ceremony and only thought with my brain instead of trusting my gut, I might have missed out not only on Matt but also on Gil. And my life would be much poorer for it. So I hope that Matty’s legacy can be that his story inspires other equestrians to take a chance on a horse who maybe isn’t perfect on paper but is perfectly capable of doing the task asked of him: a perfectly imperfect partner. 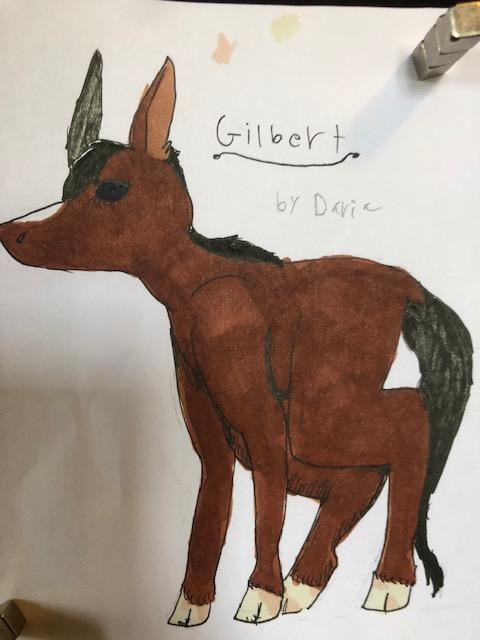 Gil, as drawn by my niece Daria. Photo by Ashley Francese.