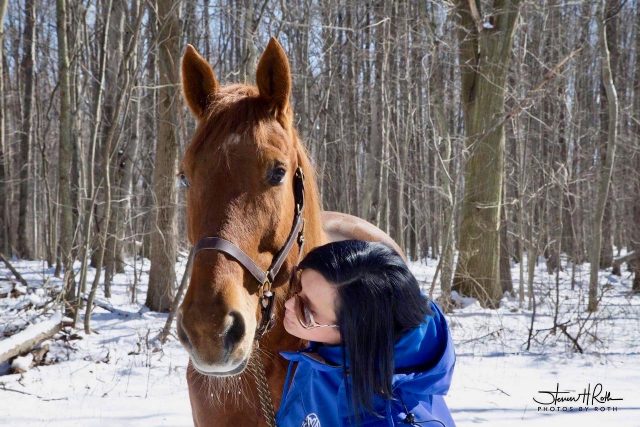 Meet Alyssa Hedges, whose love of Standardbreds has morphed into being an advocate for the breed as riding horses and sport horses. 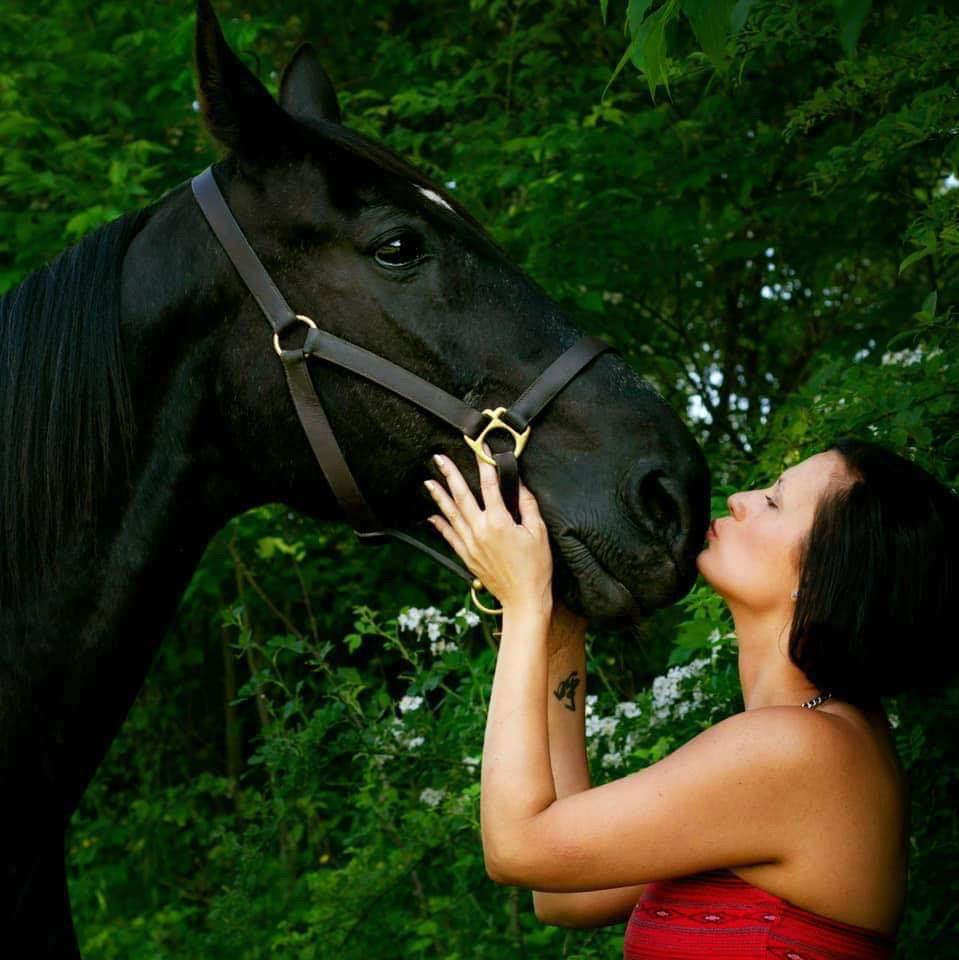 For most of the Stories of Standardbreds I focus on a horse and rider combination, but for this story I am doing things a little bit differently and focusing entirely on a woman who has helped to change the face of the Standardbred industry.

Alyssa Hedges is the mastermind behind ROC the Standardbred. She has created a group of ambassadors who are promoting Standardbreds in post-racing careers. Each Standardbred/rider team is given a color and the teams compete in their chosen areas and build awareness of how versatile Standardbreds can be as sport horses. ROC the Standardbred now has a line of apparel so that you can show your love of Standardbreds through your sartorial choices. And they will soon be accepting new trainers for 2020. 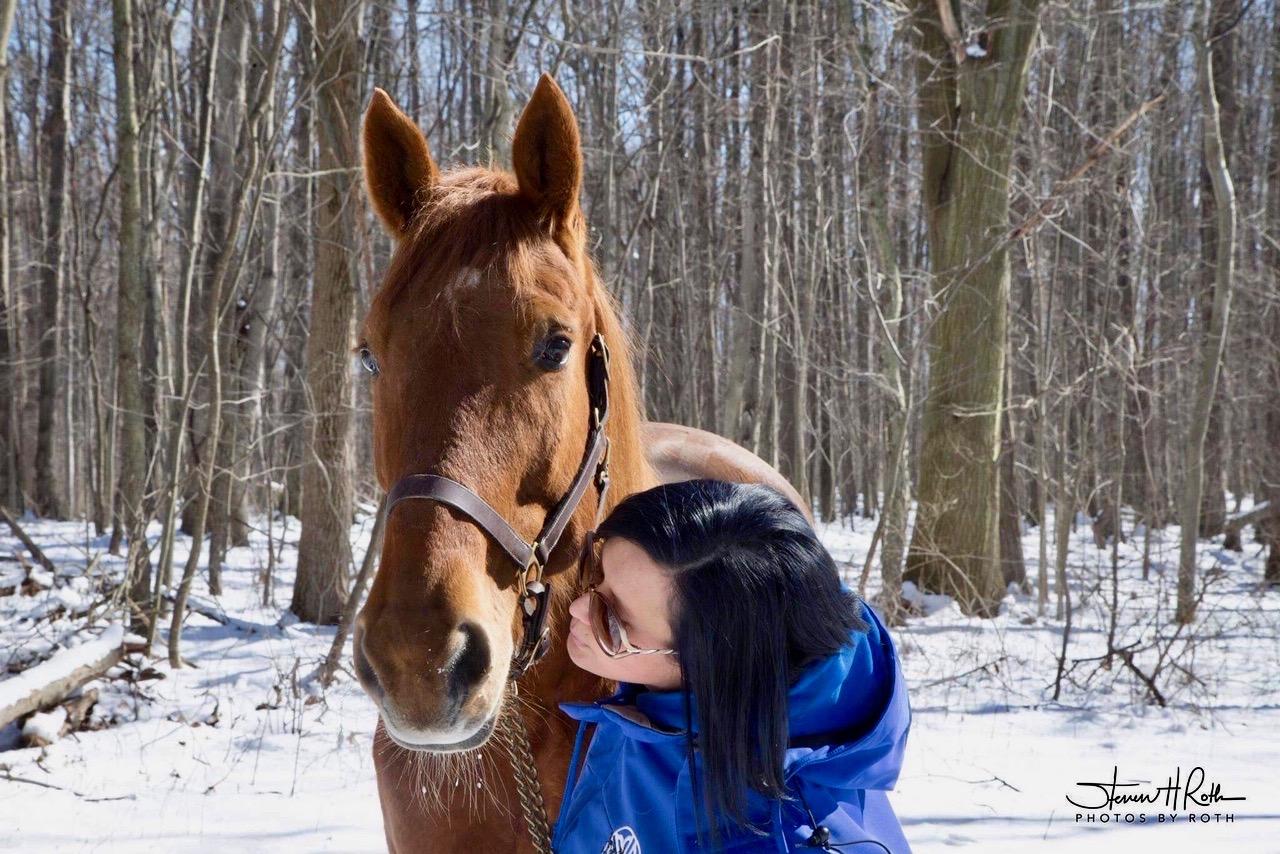 Her inspiration to start ROC the Standardbred actually came when she was first getting involved in Standardbred rescue and rehoming. She quickly realized that Standardbreds were not really being sought after as riding horses and this surprised her because her own first experience with a Standardbred was as a trail horse.

So Alyssa started thinking about what she could do to help promote Standardbreds. She started by rescuing a few of her own, but she quickly realized that she needed to think bigger. 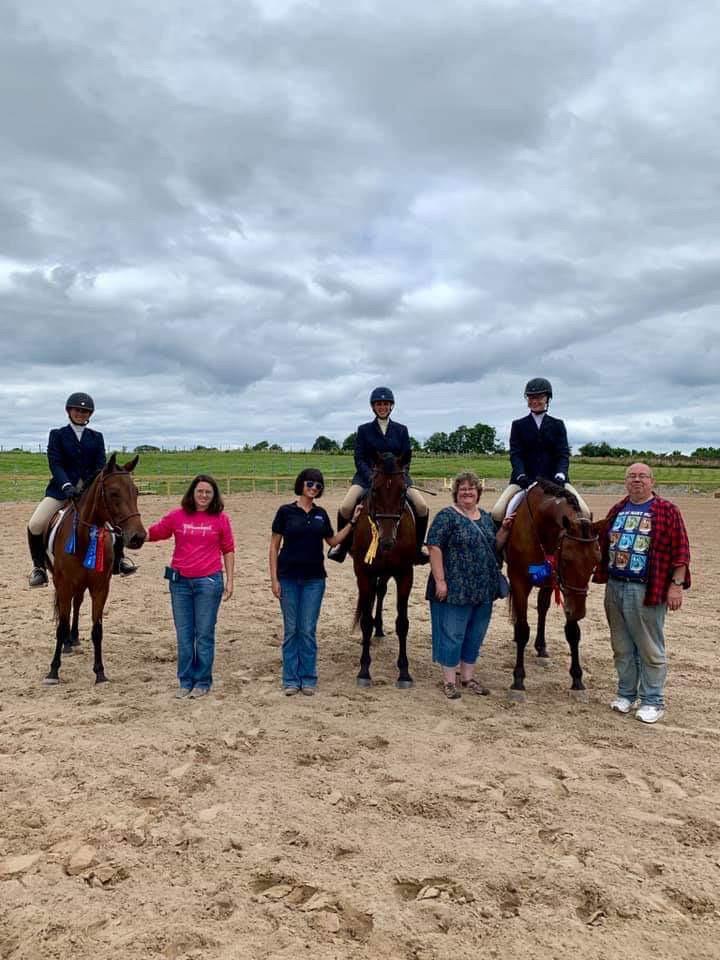 And that was when Alyssa had the inspiration to start a Facebook group where she could help to create and foster a community of Standardbred lovers. These Standardbred lovers were happy to have a forum to showcase their horses once they came off the track. Alyssa started expanding the group to non-Standardbred owners, so that they could see what outstanding riding horses Standardbreds can make.

From there she started to go to events to talk about the breed and the mission of ROC the Standardbred. At many of these events, Alyssa has met professional trainers who started their careers on Standardbreds and who praised the breed’s intelligence, steadfastness and versatility. 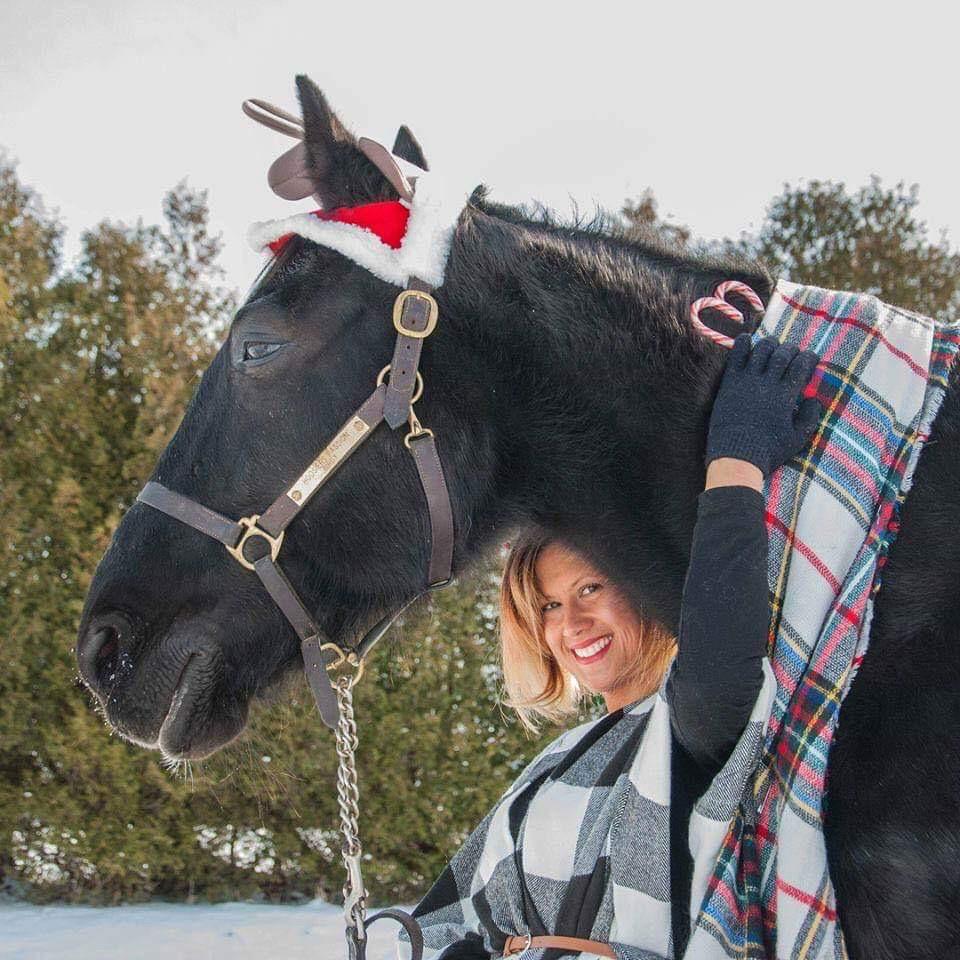 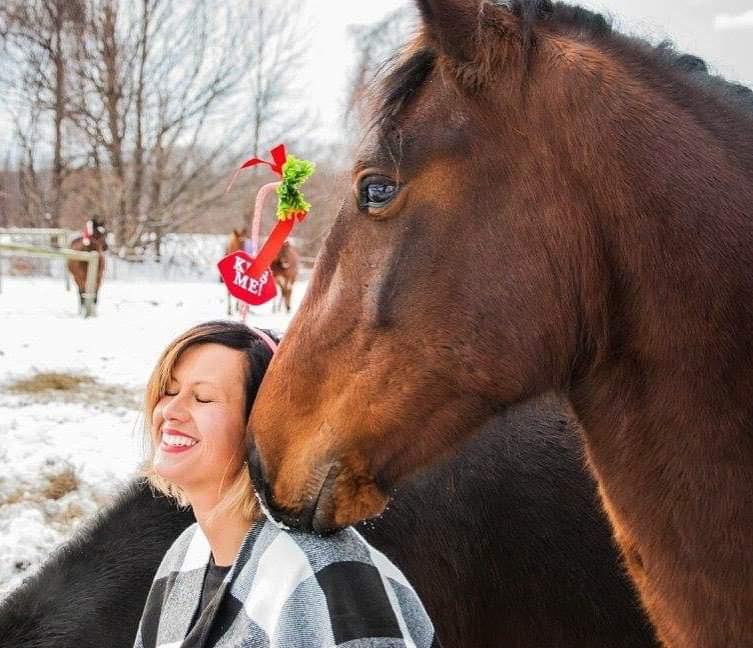 Looking at all Alyssa has achieved in promoting Standardbreds as performance horses, I kept asking myself, why Standardbreds? Where did her passion come from?

When asked why she works so tirelessly to transition Standardbreds into sport horse careers, Alyssa answered that for her it all started in the summer of 1999. That summer she got a job at Camp Weona running trail rides. One day her boss pointed out a new horse that had not yet integrated into the herd. Alysssa’s boss knew literally nothing about the horse; not even his name.

Alyssa saddled him up and set about the task of getting to know him. He was a small bay horse with a distinct gait and a distaste for mud. Alyssa took a look at his lip and the tattoo confirmed it, he was a Standardbred. Due to his hatred of getting his hooves dirty, Alyssa started calling him Preppy.

After just a few days, Alyssa fell hard for Preppy. He was not young. His face was already grey. His back was already slightly swayed. He had a big hay belly. But none of his imperfections or signs of age mattered to Alyssa. He loved to go and was forward-minded. Preppy shared Alyssa’s enthusiasm for work and he seemed to enjoy her company as much as she enjoyed his. He would nudge her when she tied him up between rides. 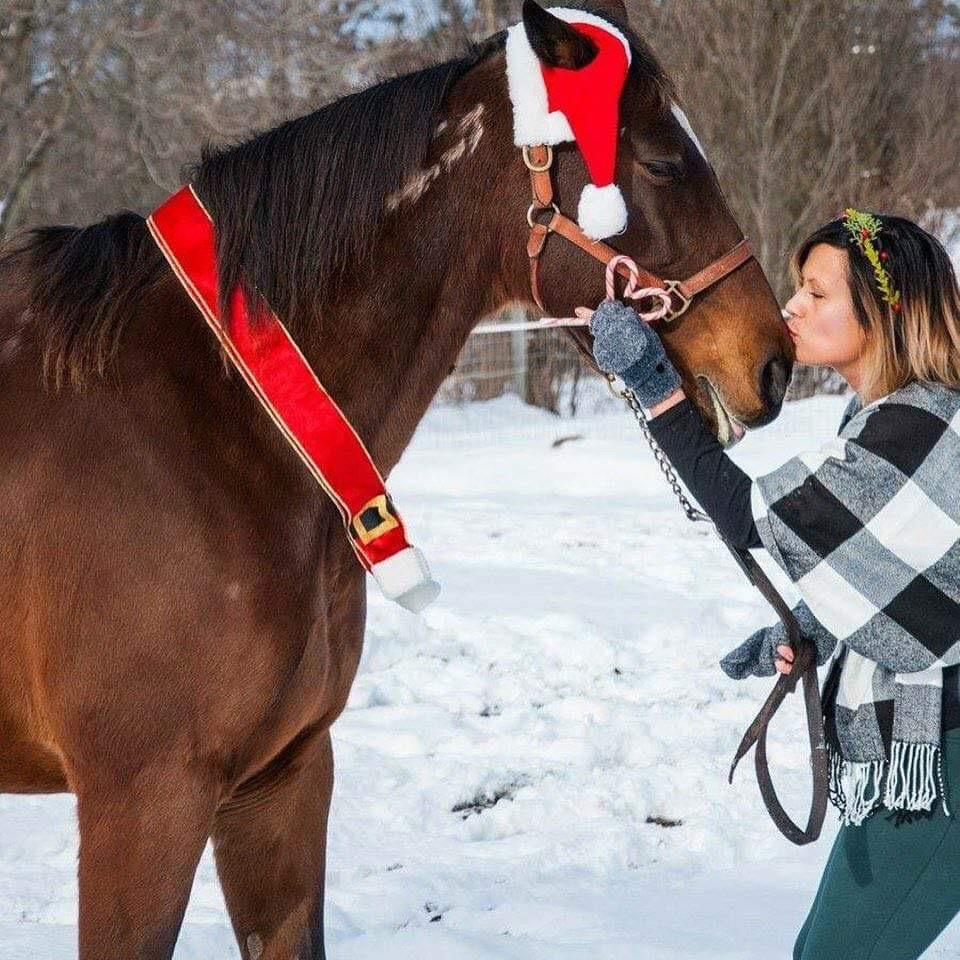 Alyssa begged her father to let her take Preppy home for the winter, but she was unable to do so. She sat in his stall crying the day that she had to leave him. He munched his hay, sniffed her tears and seemed to be trying to reassure her, but she was devastated.

The next summer Alyssa made sure that Preppy was a part of the herd that she would be working with. At that point, he was too solid a beginner horse for her to keep for herself for the trail rides she was leading, but she still got to cuddle him and enjoy him. And at the end of that summer, Alyssa finally got her way and took Preppy home.

For a few years Alyssa and Preppy worked at the camp in the summer, then he’d come home with her when the season ended. Eventually Alyssa offered to buy Preppy but his owner declined. Eventually she graduated high school and lost track of her beloved gelding.

But Alyssa has never stopped thinking about Preppy. That little horse engrained a love of Standardbreds in her so deeply that she has devoted her life to improving the off-track prospects of Standardbred racehorses.

Alyssa admittedly is not a Standardbred insider. She went to her first harness race in 2015 and does not feel that she knows enough about the horses in the industry to be a good advocate. But her love of Preppy started a love of Standardbreds and she appreciates their ability to be good riding horses.

Her passion for the breed and deep-seated devotion to them makes her the perfect person to promote off-the-track-Standardbreds. And like so many of us, she found her passion while working with a horse that stumbled into her life. 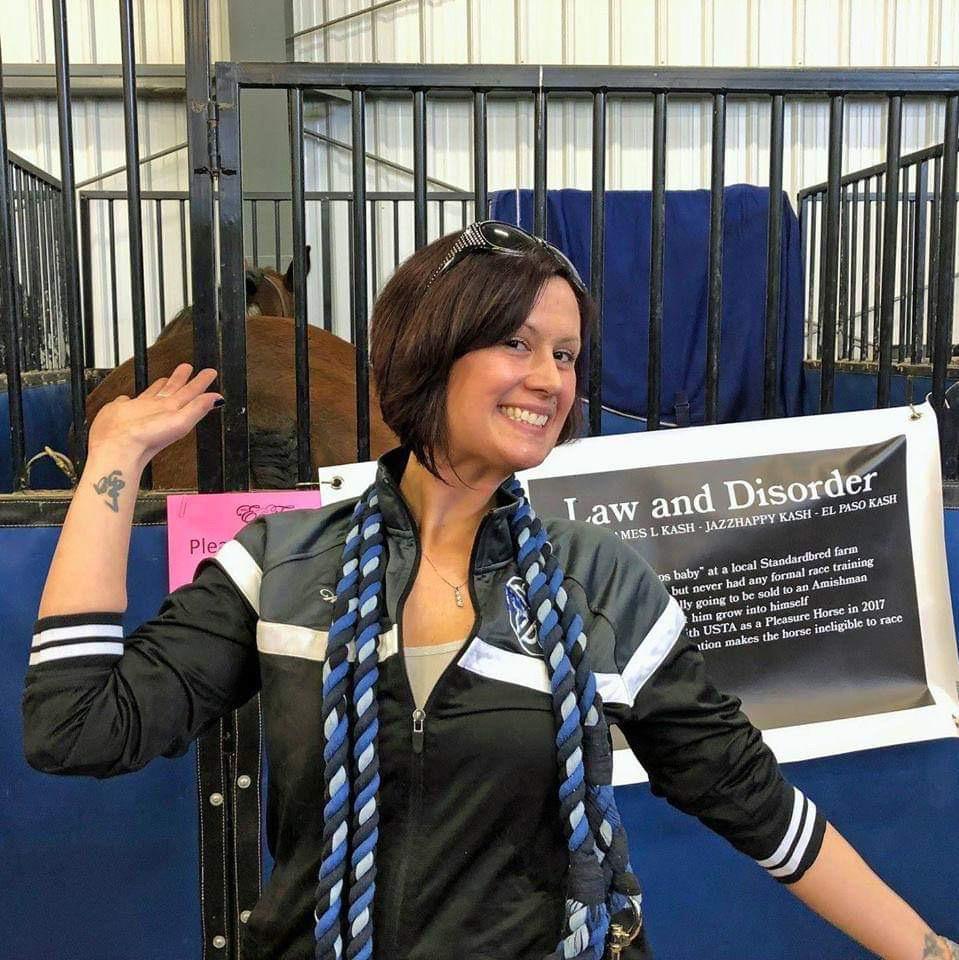