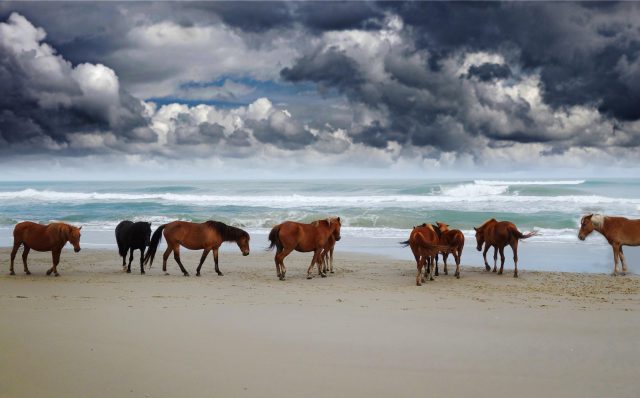 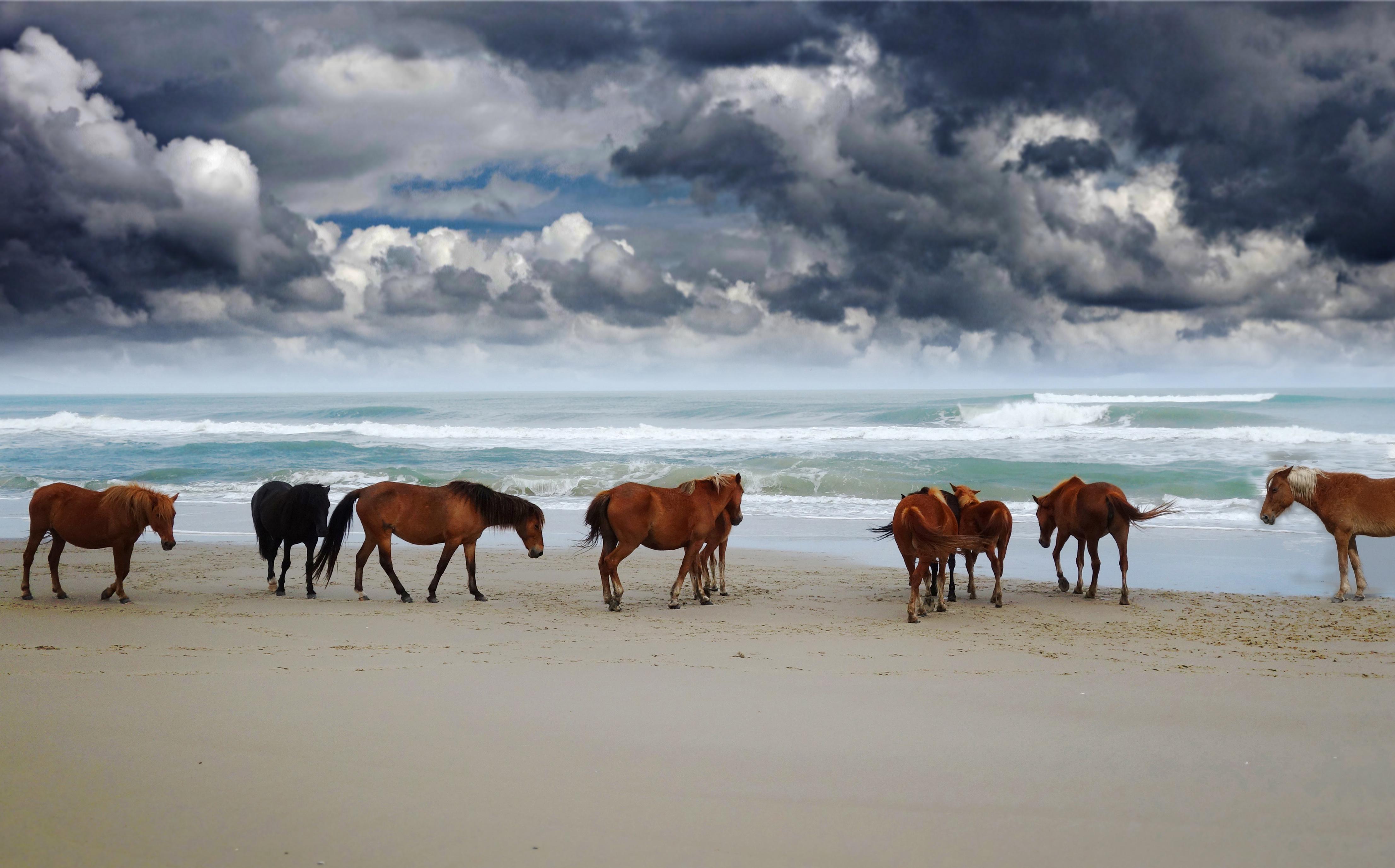 The sad news that 28 wild horses drowned off the Outer Banks last month after Hurricane Dorian slammed into North Carolina’s coast serves as a stark reminder of the fragile and precarious environment these animals call home.

A remarkably hardy bunch, North Carolina’s wild horses — who are well adapted to survive in harsh conditions with scant vegetation and fresh water — are typically able to weather the brutal impacts of a hurricane. During Dorian, however, a mini-tsunami overwhelmed the small herd living on Cedar Island.

Wild horses have inhabited the Outer Banks for centuries, most likely descended from the horses brought by Spanish conquistadors. North Carolina even designated the Colonial Spanish mustang as the official state horse. 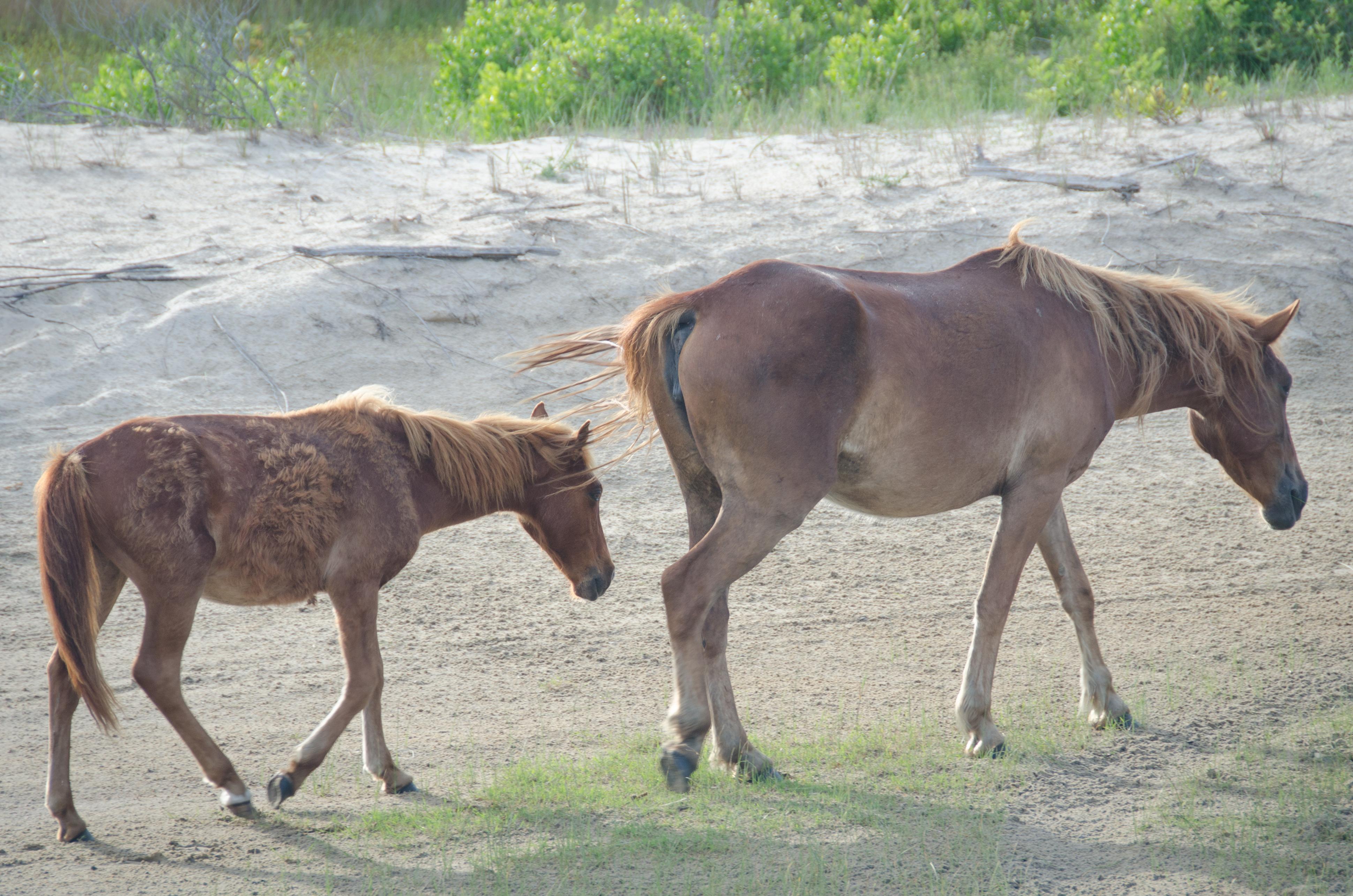 Yet these “Banker horses” (as they are called), beloved by North Carolinians and tourists, are considered critically endangered by the Equus Survival Trust. Small and docile, they flourished well into the mid-20th century. More recently, exploding development along the Outer Banks has gobbled up barrier beaches and marshes, leaving the horses vulnerable to vehicle collisions.

Wild horses are criticized by some for harming the environment, but with their nomadic habits they contribute to ecosystem health by helping to reseed the landscape. Adept at finding untapped sources of fresh groundwater, Bankers — like other wild horses — will dig shallow holes for access, creating new sources for other animals to rely on where fresh water is scarce. 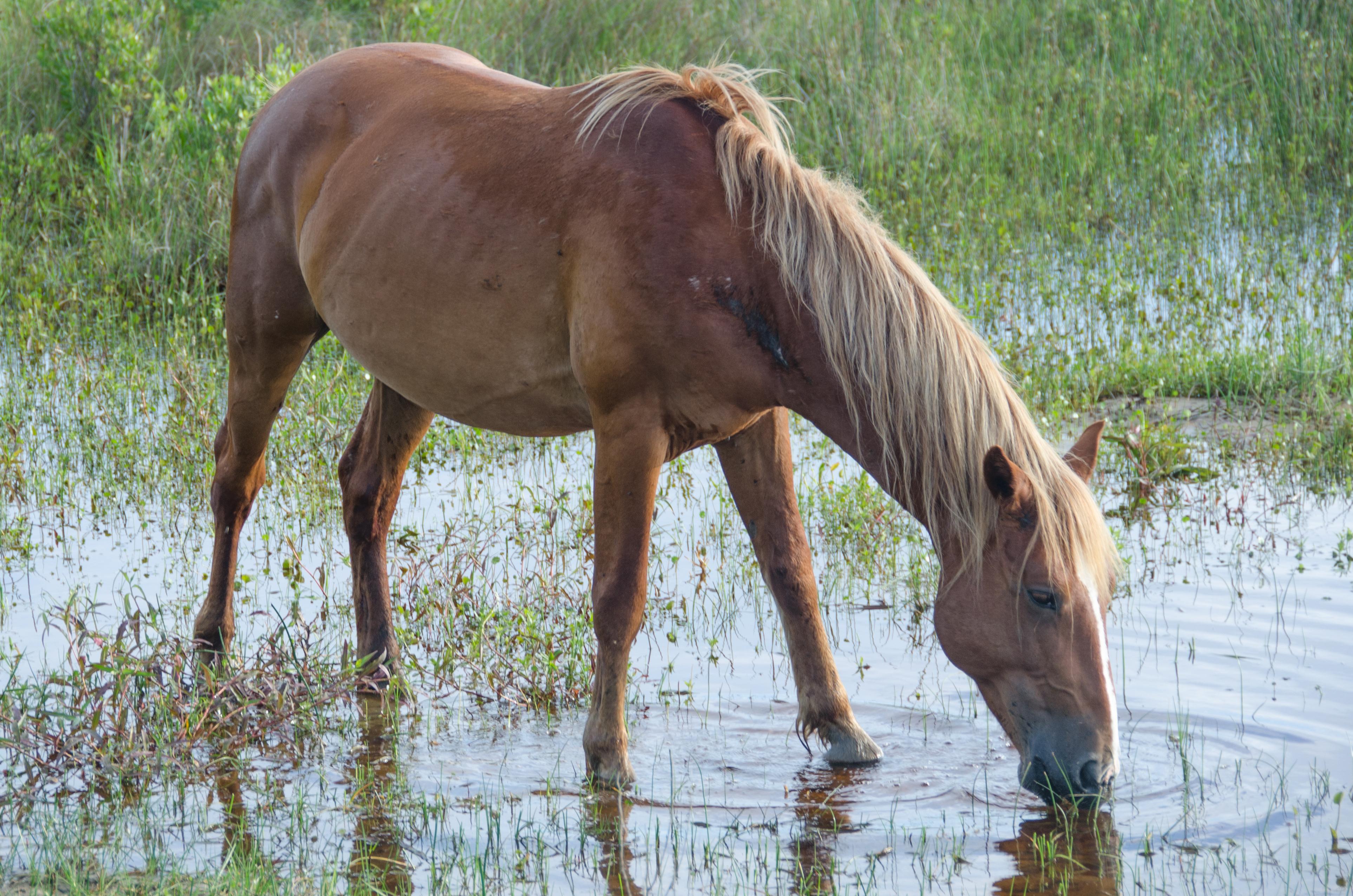 Hurricane Dorian showed us how quickly herds can be decimated. Taking proactive steps to preserve North Carolina’s wild horses is critical given their historical significance, ecological value and status as a popular tourist attraction that contributes tens of millions of dollars a year to the local economy.

And as their habitats continue to shrink, coupled with the rise in severe climatic events, it’s important that we help these majestic animals navigate and combat the myriad challenges they now face.

Federal lawmakers are currently considering a measure that would protect one of the Tar Heel State’s most famous herds: the Corolla wild horses who roam the northern portion of the Currituck Outer Banks.

The Corolla Wild Horses Protection Act (S. 248) — led by Senators Thom Tillis and Richard Burr — aims to ensure this treasured herd’s survival for generations to come. The bill would protect these wild horses by increasing the number allowed in the herd to a sustainable level. 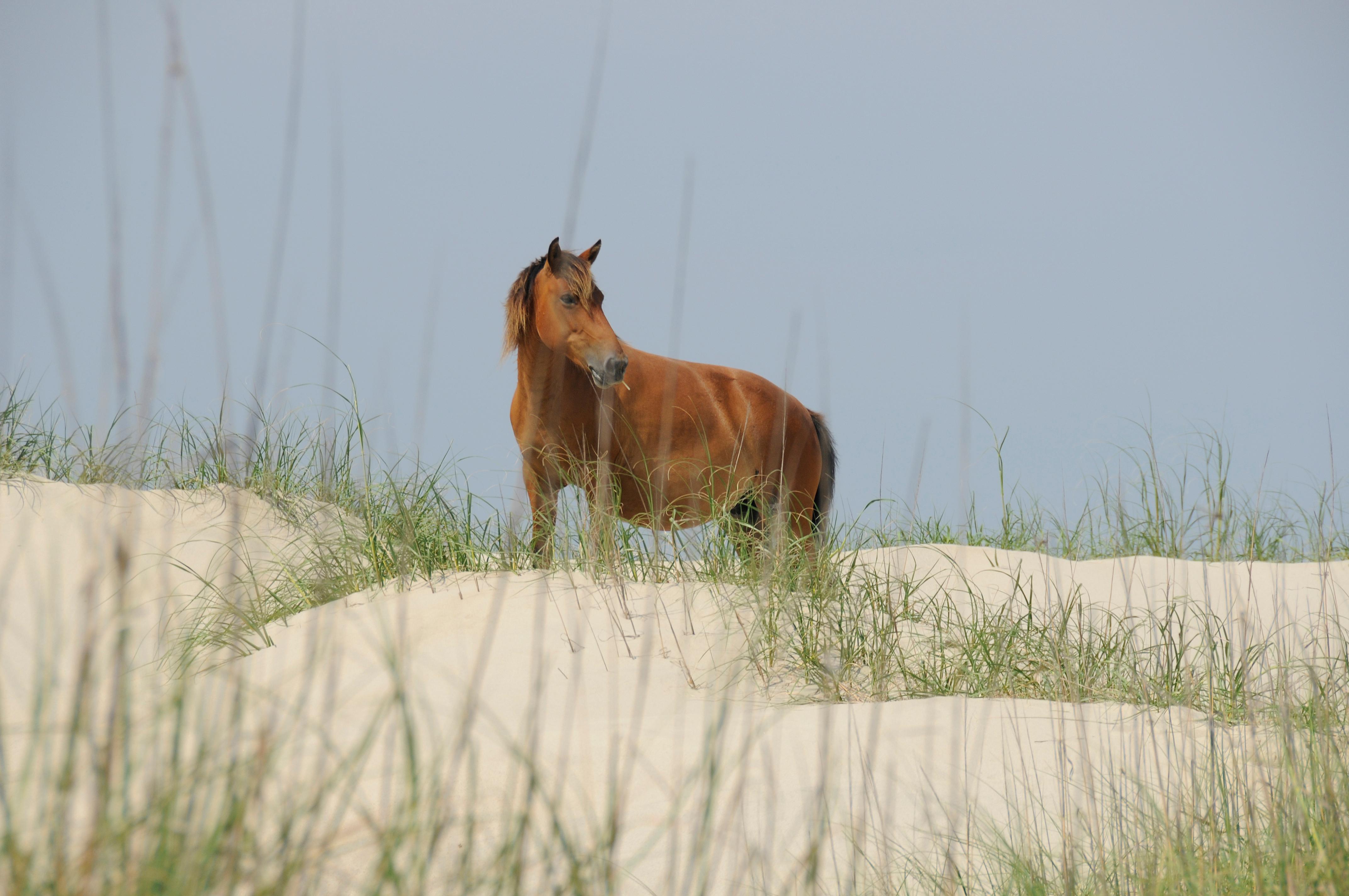 Currently, the Corolla herd has about 100 horses, but geneticists recommend increasing their numbers to at least 110 horses (preferably 120 to 130) for long-term genetic viability and to prevent deformities that can result from inbreeding.

First introduced in 2010, the Corolla Wild Horses Protection Act passed the House unanimously in 2012 and 2013. Yet the Senate has failed to act on the bill, even after including it as an amendment to an energy package in 2016 that never reached the finish line.

Passing legislation focused on specific animal issues through both chambers of Congress can often be a tall order given competing priorities. Fortunately, the Senate Appropriations Committee recently approved a spending bill for the upcoming fiscal year that includes language mirroring the provisions of the Corolla Wild Horses Protection Act.

The language directs the various federal, state, local and private entities involved with wild horse management (in this case, U.S. Fish and Wildlife Service, the state of North Carolina, Currituck County and the Corolla Wild Horse Fund — the nonprofit that manages the herd at no expense to taxpayers) to increase the population to no fewer than 110 horses. It also permits managers to boost numbers by introducing horses from a related herd at Cape Lookout National Seashore.

As senators on the Appropriations Committee explained, “the Corolla Wild Horses are a unique piece of America’s history that can be traced back over 400 years” but “due to economic development … the herd size has diminished, resulting in lack of genetic diversity and consequently threatening the entire herd.” 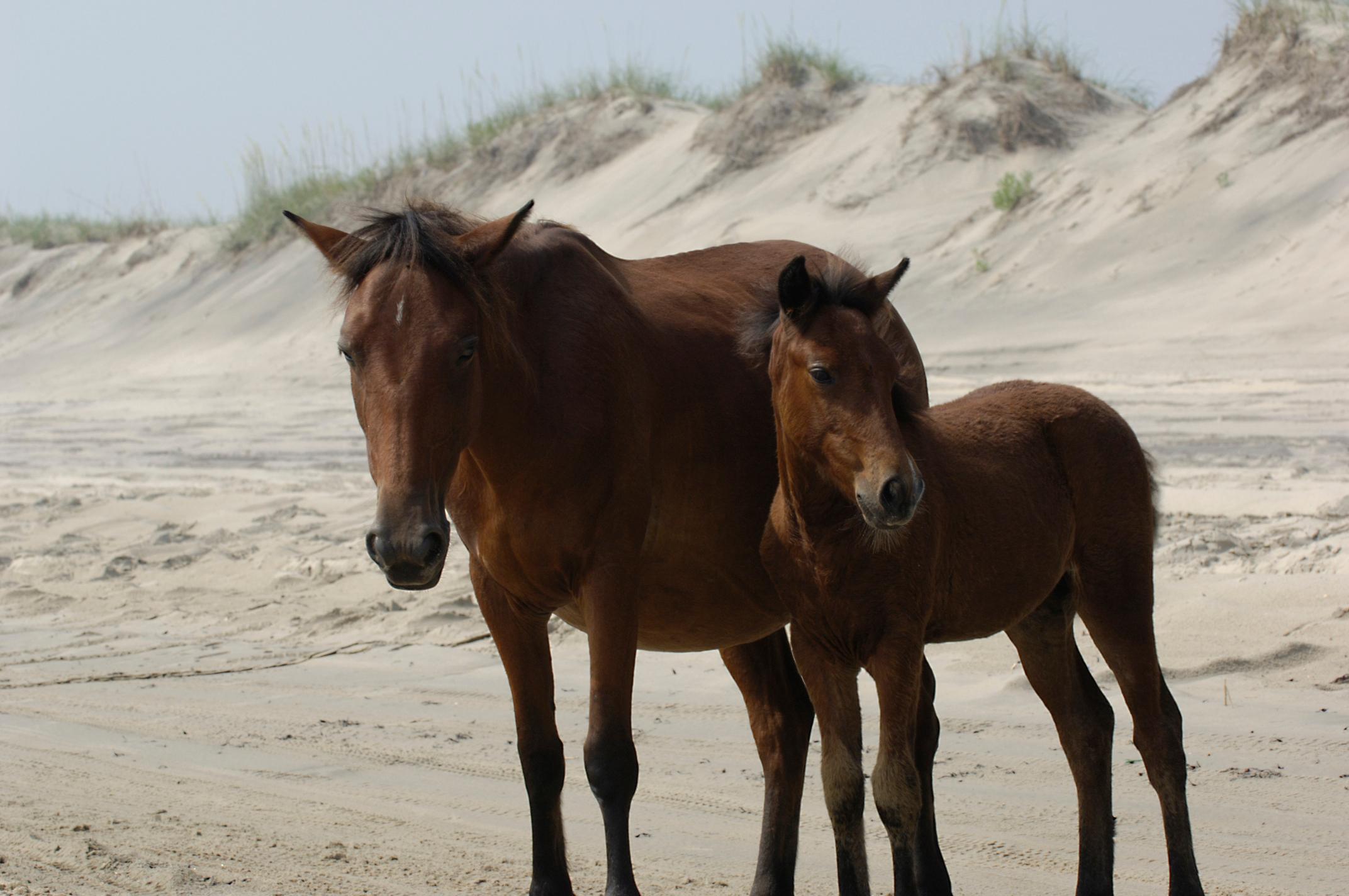 The prospect of extinction is certainly real. Dr. Gus Cothran, one of the leading experts in equine genetics, determined that “horses of the Corolla herd show levels of genetic variability that are among the lowest seen in any horse population,” adding that “under the circumstances … a minimum number of 110 should be considered.”

In the coming months, federal lawmakers will have to reconcile the House and Senate spending bills. Congress should ensure that a clear directive remains in the final package so that a successful long-term management plan for these cherished wild horses can at last move forward.

North Carolina’s famed Banker horses don’t exist anywhere else in the world. For centuries, they have relied on their instincts to seek shelter from any storm. They deserve a fighting chance in the future. 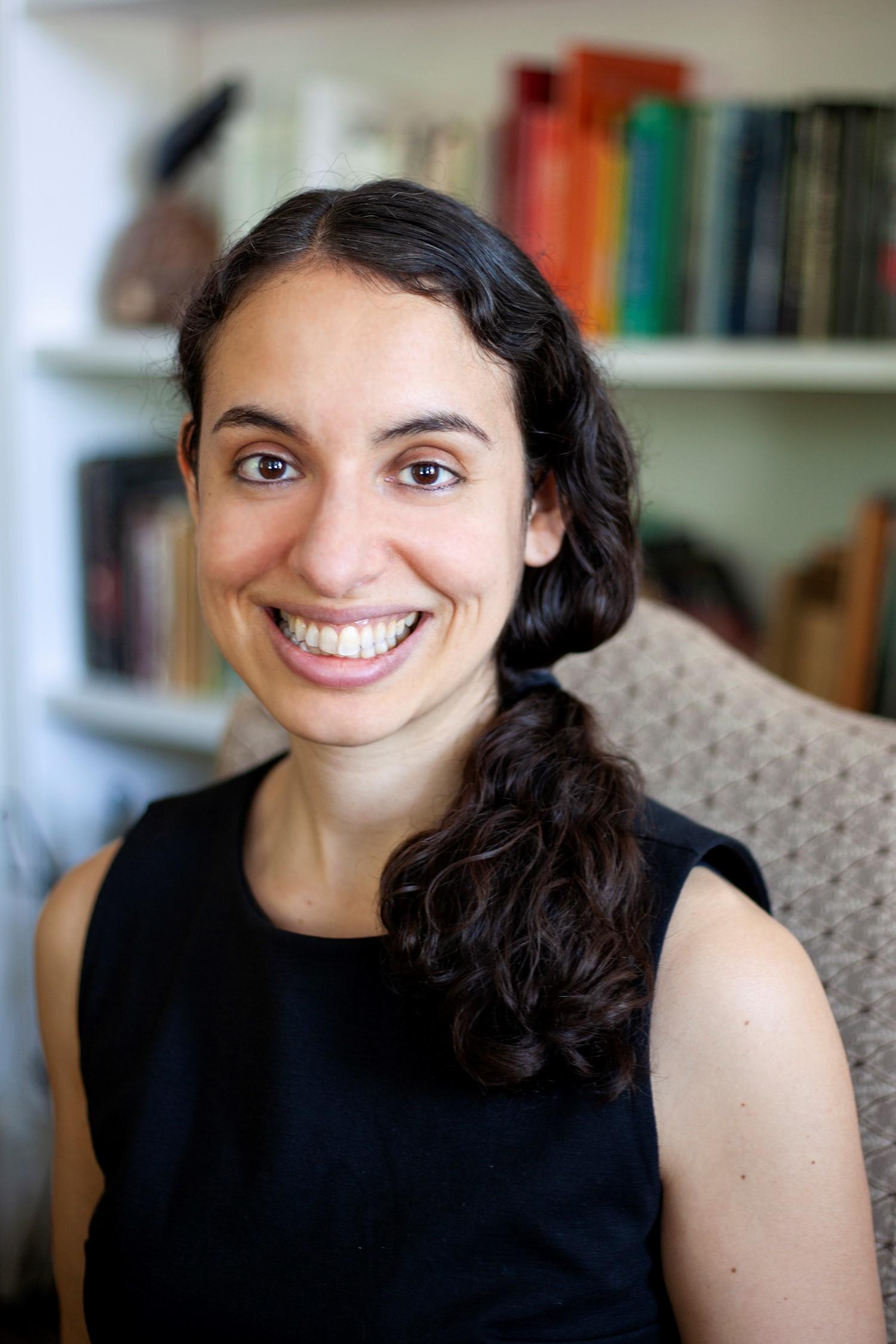