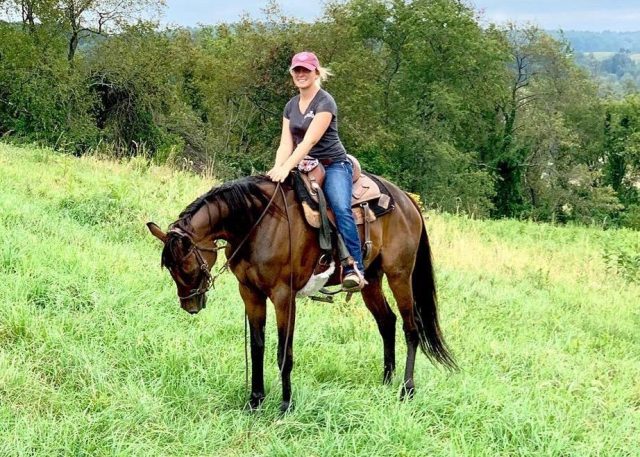 “To all the fellow trainers, volunteers, employees and vendors making the trip to Kentucky, good luck and have fun. Nessi and I will be cheering for you from home.”

For 673 accepted trainers, the journey to the Retired Racehorse Project‘s 2019 Thoroughbred Makeover has begun! Over the training period, three of those trainers will blog their journeys, including their triumphs and their heartbreaks, successes and failures, for Horse Nation readers. Marcella Gruchalak has had to pull the plug on her plans for the Makeover this year. In this month’s blog, she shares why. 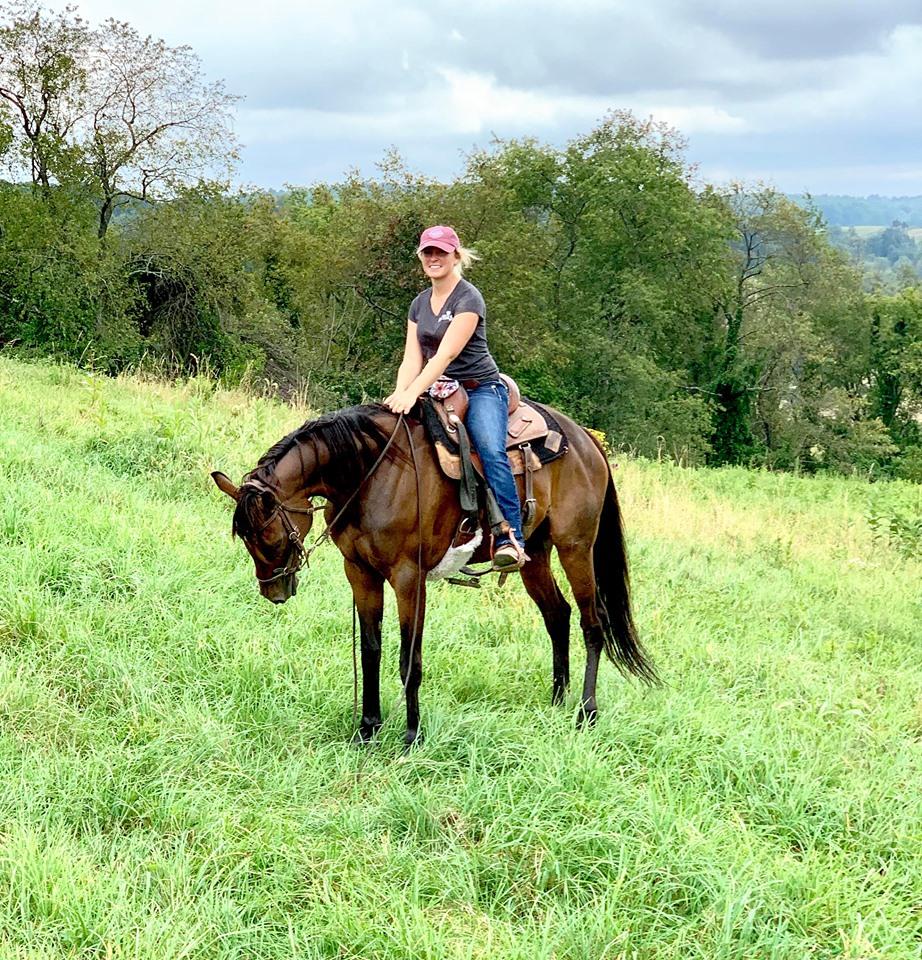 There’s no easy way to write this so the most frank way will have to do. I have officially withdrawn American Lioness from the 2019 Retired Racehorse Project Thoroughbred Makeover. I’ve attended three Retired Racehorse Project Thoroughbred Makeovers and competed in two of them, so this is not something that needs to be marked off my bucket list and it’s not a first-time adventure.

With that being said, I love the competition and the people I get to meet while I’m in Kentucky, but Nessi’s health and well-being will always come first.

In January, I had high expectations for Nessi. I was ready to utilize the upcoming ten months to prepare Nessi to compete against some of the hardest competition she’d ever compete against. I had a plan to use the first five months to work on her maneuvering and cues in order to be ready to show over the summer. But, Nessi had other plans. Once home with me, I realized she had a lot of less-than-favorable issues going on.

Her physical wellness (or lack thereof) had earned her rest for the first few months I owned her. She was extremely body sore, especially in the hind end. She was stiff, uncomfortable and unable to stretch out. We spent countless sessions on basic lunging in a surcingle to build up body muscle and get her lengthening in her gaits.

She’s had massages and red light therapy from Rustbelt Equine and chiropractic work from Dave Fries. With the above interventions, Nessi is now moving beautifully  and you can’t tell she was ever uncomfortable.

We also battled ulcers. When Nessi first arrived she WOULD NOT EAT! At all. After a round of omeprazole, a round of omeprazole/ranitidine and a round of sucrafate, Nessi finally started eating well. Within the time period of not eating, Nessi inevitably lost weight. To date, weight gain continues to be my main goal for her.

She’s eating well and is now continuously gaining weight. The vet stated her body score was high enough to compete at the Makeover, and I don’t doubt that, but I’d like to see her more on the round side. 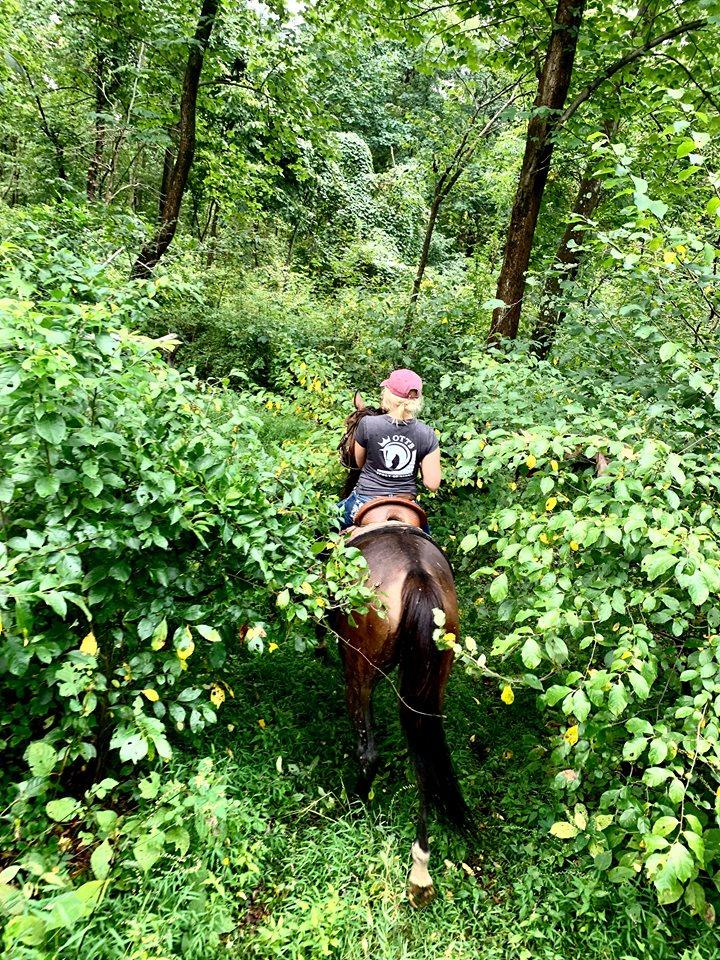 All these issues led to Nessi having no consistent retraining until mid to late July. Because of our late start and her too smart for her own good personality, Nessi is not ready to make the trip to Kentucky. She has been ridden almost every day since the end of July, and that has turned out not to be what’s in her best interest.

Nessi is incredibly smart, so after doing a particular exercise two to three times she anticipates it and believes she knows what she’s doing. Pushing her too hard in her training was just going to make her anxious and hot, resulting in a decrease in her learning capabilities.

Nessi is the type of horse that needs slow and consistent training. In order to provide her this type of training program, I have stopped all formal training. I am willing to sacrifice going to the competition in order to bring her along in a way that will make her the most successful for a second career AFTER the Retired Racehorse Project Thoroughbred Makeover.

I refuse to push Nessi for the Retired Racehorse Project Thoroughbred Makeover as it would have the opposite effect and it would be quite selfish of me. Over the last several months that I have owned Nessi, she has come SO FAR and I do not want her to regress in her training. I have removed her from dressage work and the barrel pattern and lately we’ve been hitting the trails to decompress her busy brain. 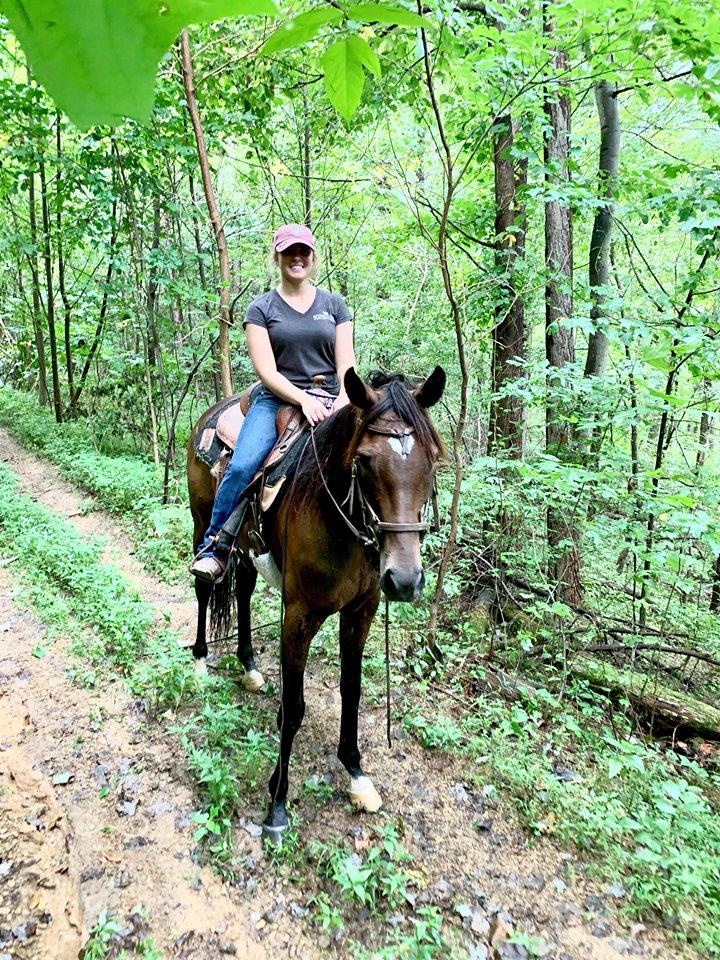 Trail riding has changed Nessi’s attitude and has increased her learning abilities tremendously. While on the trail she continues to learn essential maneuvers she needs in the dressage ring and in the barrel pen, but the change of scenery has changed her demeanor and has given her a different setting to allow her to more easily absorb different skills.

Withdrawing from the Retired Racehorse Project Thoroughbred Makeover was a hard pill to swallow, but Nessi is an awesome horse and she needs to train at a slower pace to showcase that. Sure, she does well in the busy atmosphere of shows — she actually prefers a busier area — but her maneuverability can be rushed and she needs to really focus on slow work at this point. 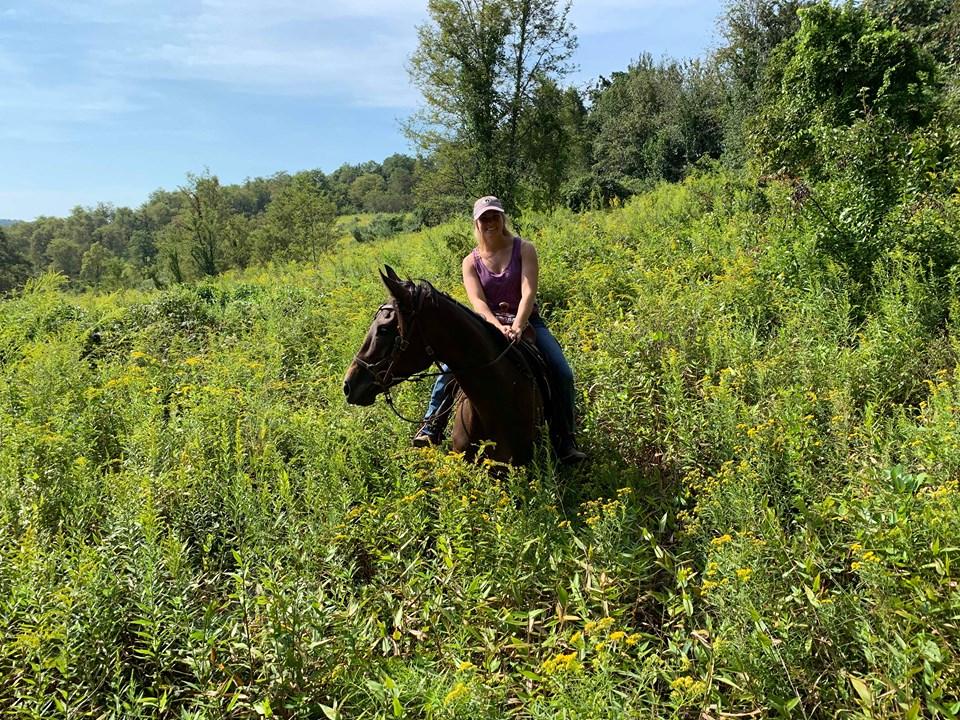 Nessi really has become an amazing horse. She doesn’t have any health issues or limitations that are stopping us from making the trip. She really just needs more time. She’s so athletic and does things with ease. Her smaller build allows her to really maneuver herself well and she is getting quite sensitive to cues.

She truly stands for what the Retired Racehorse Project Thoroughbred Makeover showcases — versatility. She’s been started on the barrel pattern, we’ve been taking lessons in western dressage and she has been lightly exposed to gunfire. But, it seems as if she really has passion for the hunter/jumper ring and trail riding. Those are the two areas she seems happiest.

It’s quite possible that we’d be making the trip to The Kentucky Horse Park if I had made the decision to enter Nessi in Field Hunters and Competitive Trail because that is truly what she enjoys, but I have failed Nessi in that respect. I will continue training Nessi at a slow pace until she sells.

To all the fellow trainers, volunteers, employees and vendors making the trip to Kentucky, good luck and have fun. Nessi and I will be cheering for you from home.