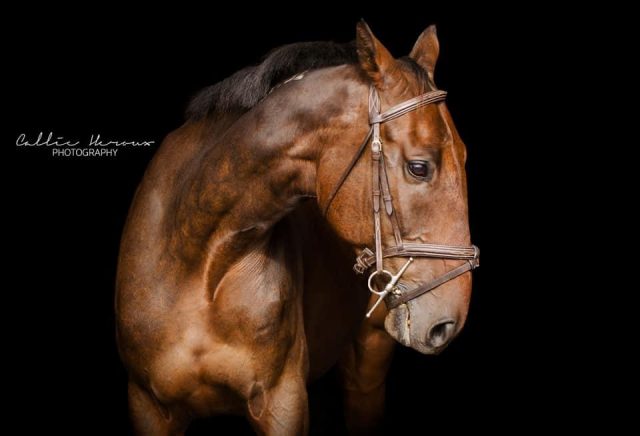 Baby isn’t always the easiest horse to ride, but Brielle knows who he is, recognizes his potential and has formed a strong bond with the powerful horse. Together, they make an amazing team. 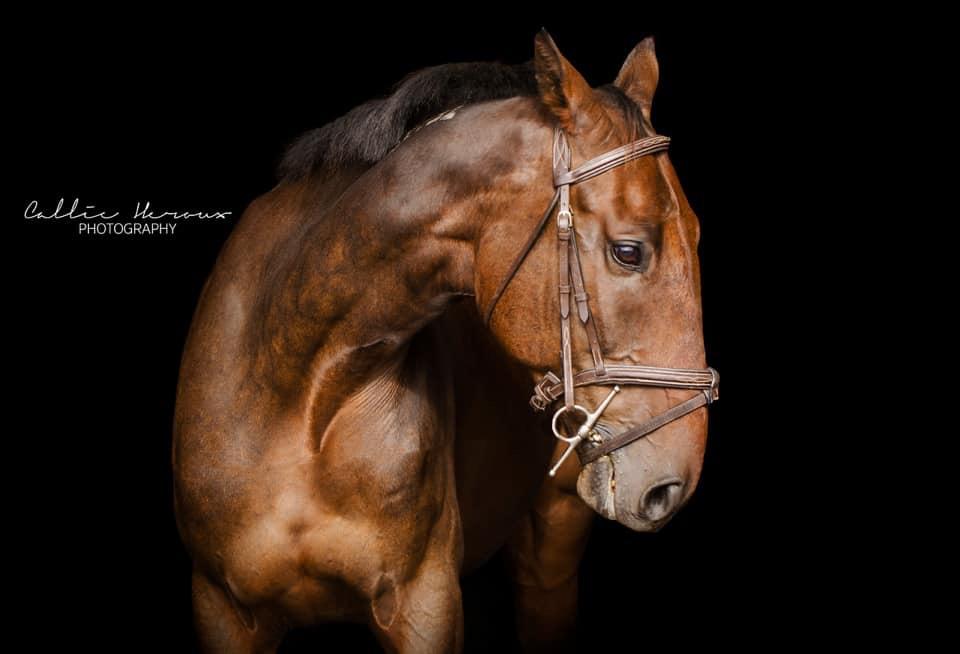 Sometimes the best horses are not always the easiest horses.

When Brielle Roman was working with Standardbreds for the Standardbred Retirement Foundation (SRF), she met a young Standardbred named Shakebabyshake — he had a majestic Roman nose and a massive ego. Brielle started Baby undersaddle and right from the beginning she realized that he was temperamental and a bit naughty. Despite all of this Baby oozed athleticism, potential and power.

Initially Baby was up for adoption, but he was not really working for anyone else and he had started to form a bond with Brielle, so she agreed to keep him. The first year that Brielle worked with Baby, she changed his show name to Plug in Baby and started showing him in the lower level jumpers. 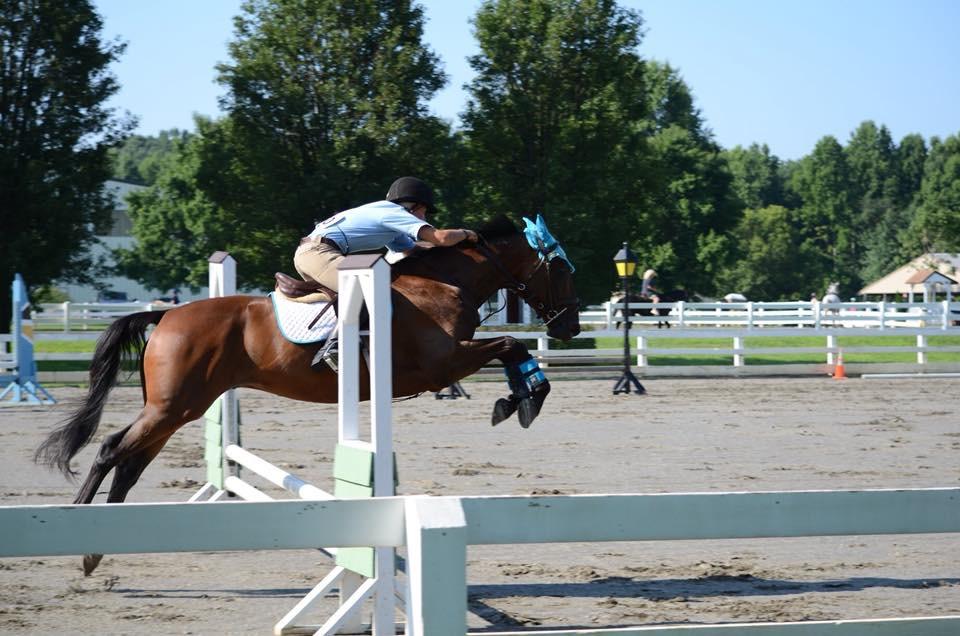 Baby had a lot of natural speed and power, so Brielle thought that he would do well in the jumper arena. It turns out Baby is actually kind of a chicken about jumping and is not exactly easy to ride over fences. But Brielle worked at it, worked with some trainers and she and Baby ended up with some wins and grand champion ribbons even in open breed shows.

During that first year of learning to be a jumper, Baby earned the title of High Point Rookie Horse and High Point Jumper for the Standardbred Pleasure Horse Organization of New Jersey. 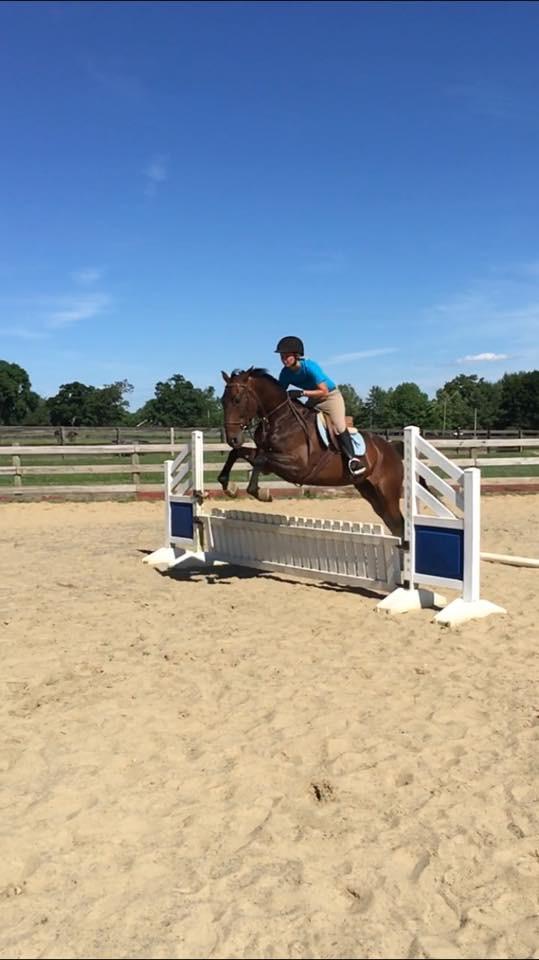 Knowing that Baby needed a little bit of a mental break from jumping, Brielle has recently changed tactics from jumpers to gymkhana. Baby particularly enjoys barrel racing. At the 25th Annual National Standardbred Horse Show at the Horse Park of New Jersey, Baby placed fourth in open command and third in the open flag race. 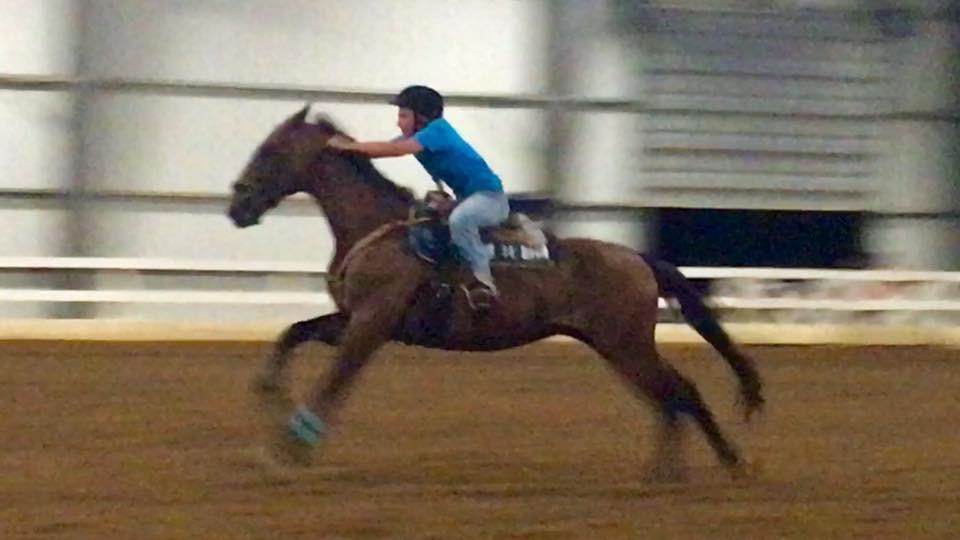 Brielle also uses Baby to teach lessons for riders that are up to the task of riding him and uses him to pony inexperienced horses at shows. Baby takes his role as a babysitter seriously and enjoys instilling confidence in younger Standardbreds.

Brielle acknowledges that Baby is not the easiest horse and that, despite his potential, he can be hard to ride. Trainers have told Brielle that she is wasting her time with him, but she knows that he always tries his hardest for her and that they are a good team. So, Brielle continues to let Baby explore who he is and where his talent lies.

I can’t wait to see what is in store for this handsome horse and his loving owner. 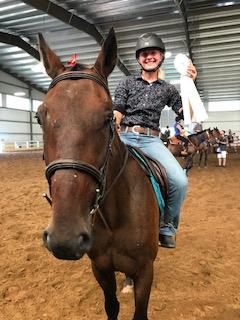