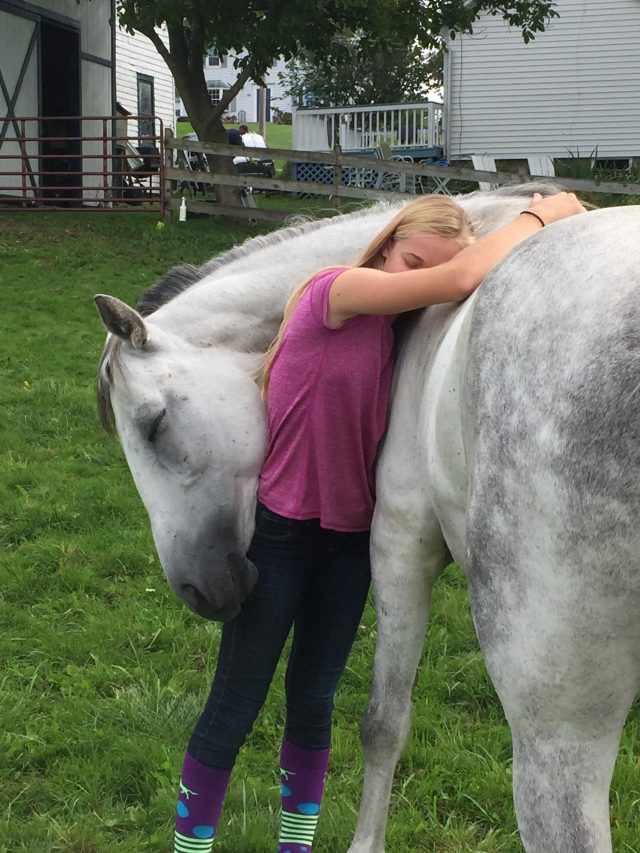 Elee has developed a passion for Standardbreds, starting with her rescue mare, Gypsy.

Elee Ecklund has been riding since before she was born. Her mother, Christina, rode when she was pregnant and Elee trail rode until she was three. At three, while attending her sister’s riding lesson, she asked, “When’s my turn?” 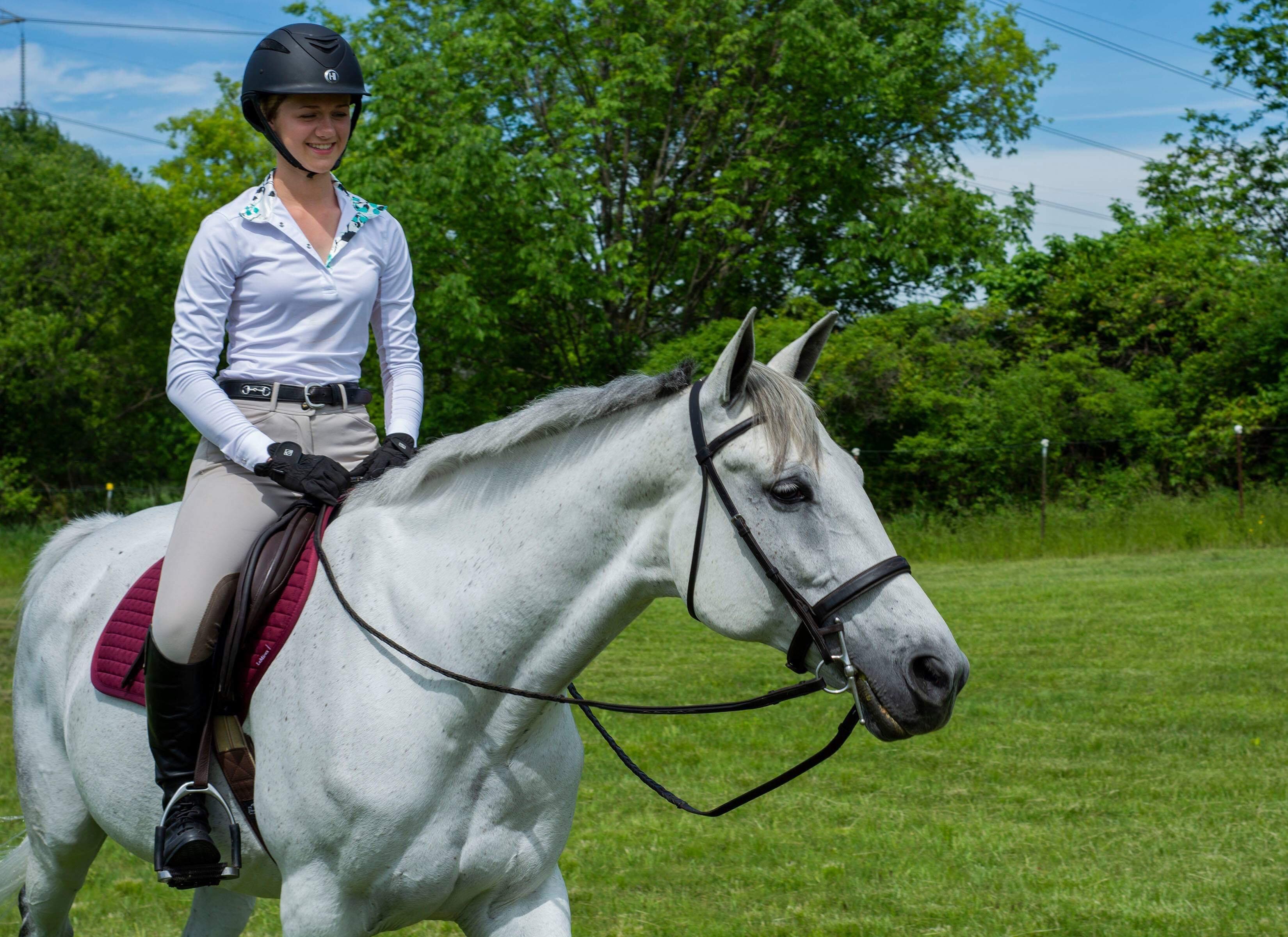 Elee continued her riding lessons, learned as much about horses as she could and, as she got older, she started to think about getting herself a project horse. She volunteered at Begin Again Horse Rescue (BAHR) in Lima, NY, and logged over 130 volunteer hours at BAHR in the summer of 2017.

Toward the end of the summer, a grey Standardbred mare was returned to the rescue. The mare was a challenge. She was cautious and strong-willed, but that only made Elee more determined to attempt to forge a bond with her. With her mother’s permission, Elee agreed to foster Gypsy and took her home to the family farm.

Gypsy is an unregistered Standardbred who was born and raised in Quebec, Canada. Before ending up at BAHR (the first time), Gypsy had been run through two kill pens. And when she initially arrived at the rescue, she was a 1.5 on the Henneke scale. After being adopted out, Gypsy returned to the rescue due to behavioral problems.

When Elee and Christina got Gypsy home, they treated her for ulcers and, due to the fact that Gypsy had had major issues with shoeing in the past, they kept her barefoot and had the rescue’s farrier, Jessy Howe, trim her feet. 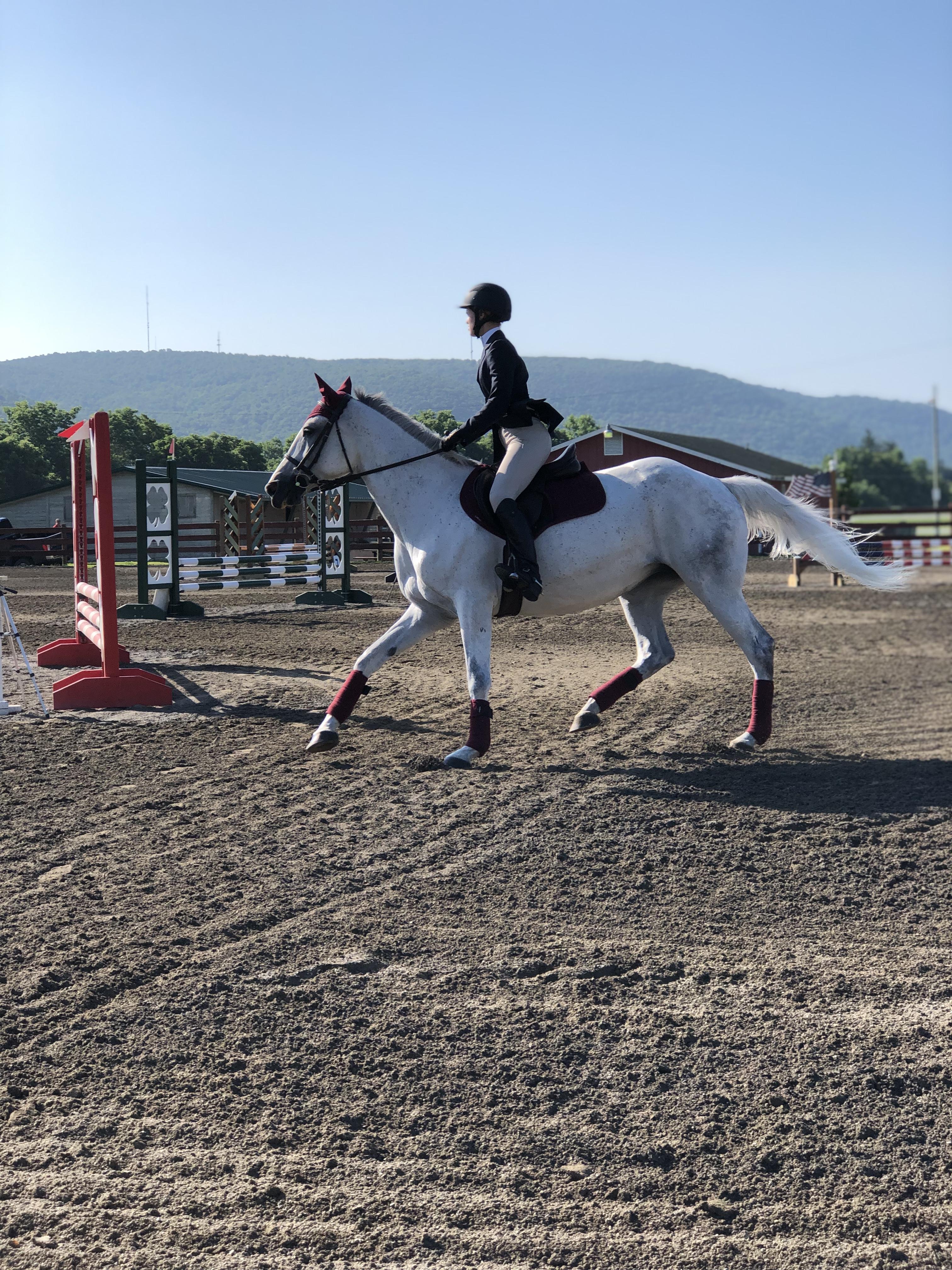 Once Gypsy was feeling better, Elee started working on her ground manners and on getting the mare to trust her on the ground. Elee would walk Gypsy along on trails to get her exposed to new things and then, as Elee started to ride Gypsy, her mother, Christina, would walk along with her on trail rides. They took things slowly with Gypsy and let her start to trust Elee and to form a bond with her.

After getting comfortable with both walk and trot, Elee decided that she wanted to take lessons on Gypsy. She walked Gypsy next door to a trainer named Mark Frohm. With Mark’s help Gypsy learned to canter and even started to jump. Gypsy earned the show name Mark’s Favorite as a nod to the instructor who helped to bring her along. 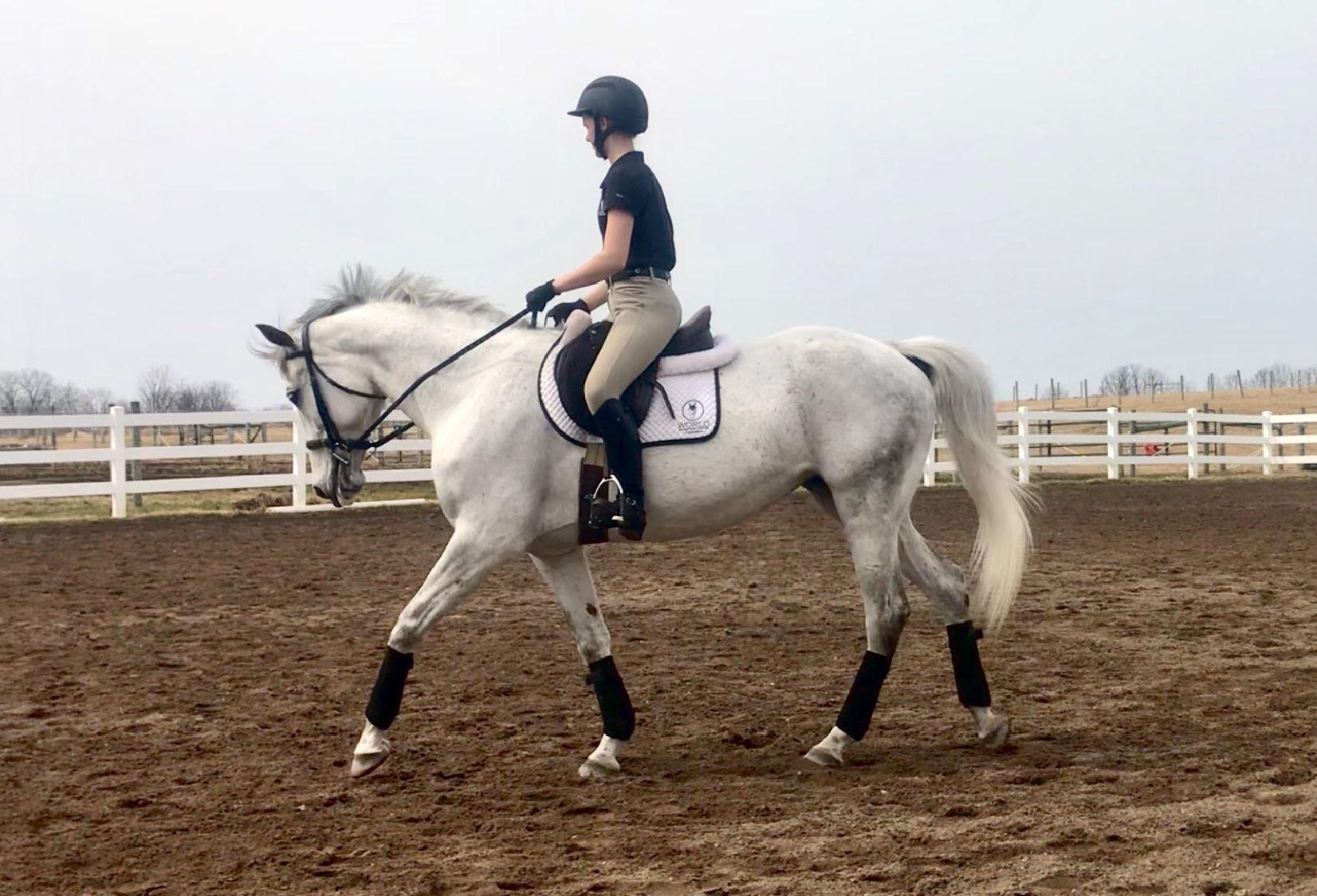 In August 2018, Elee’s parents surprised her by adopting Gypsy. Initially Elee had planned to make Gypsy into a hunter horse, but Gypsy had other ideas and is a jumper at heart. So, Elee has changed gears and she and Gypsy have been showing on the jumper circuit. 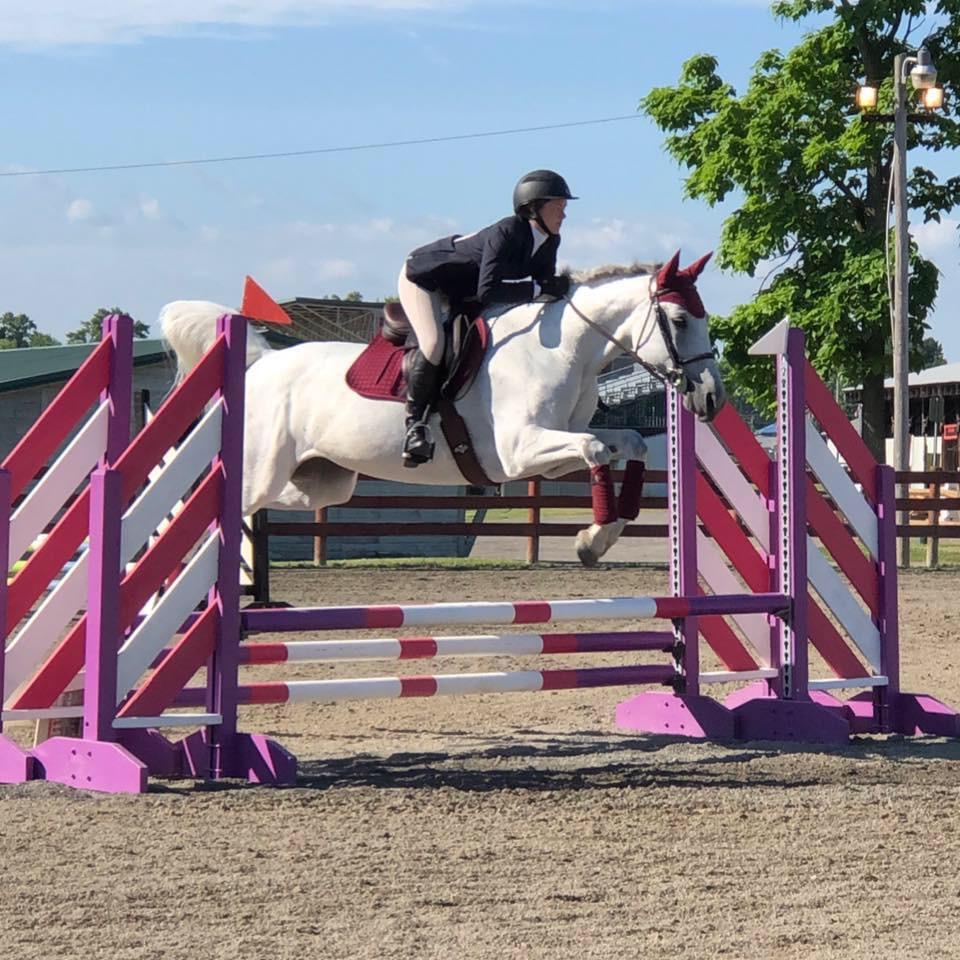 Since meeting Gypsy and making her part of the family, Elee has become passionate about advocating for Standardbred horses. Elee didn’t know anything about Standardbreds before volunteering for BAHR, but she wishes that more people would consider them as show horses. Elee describes Gypsy as versatile and willing, and says that she turns heads everywhere she goes. 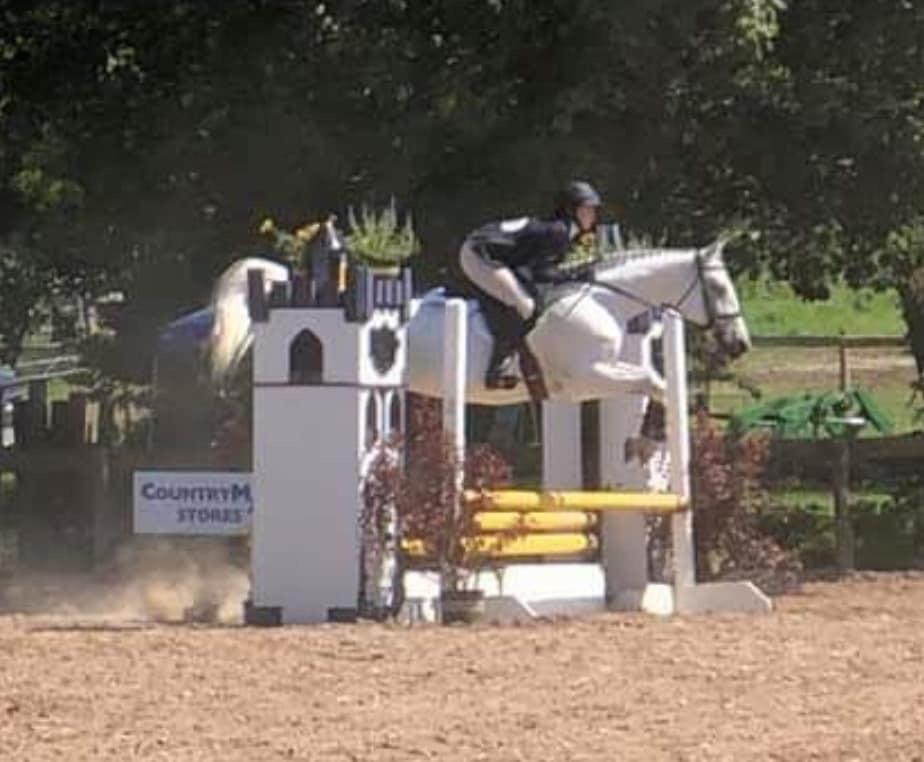 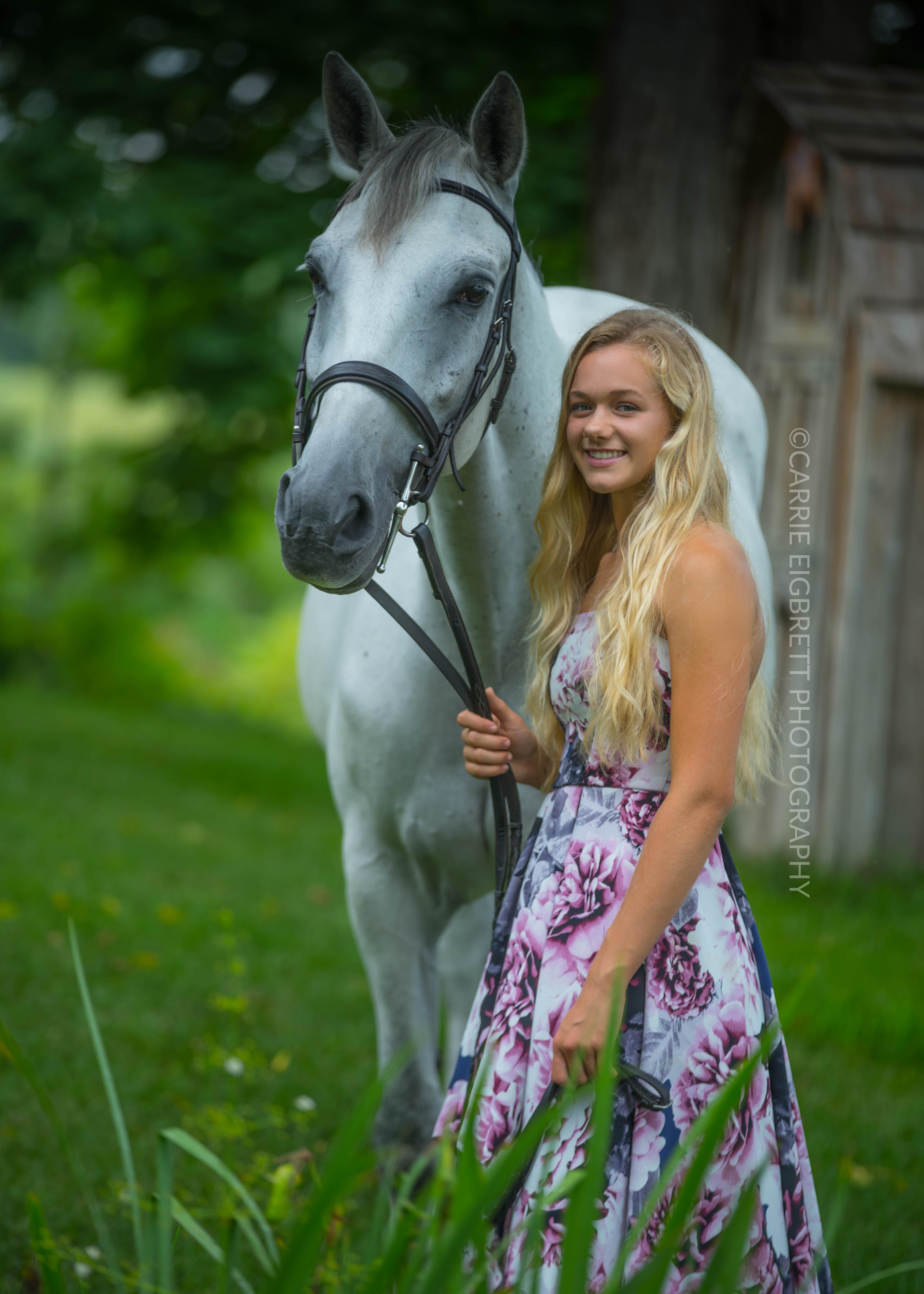