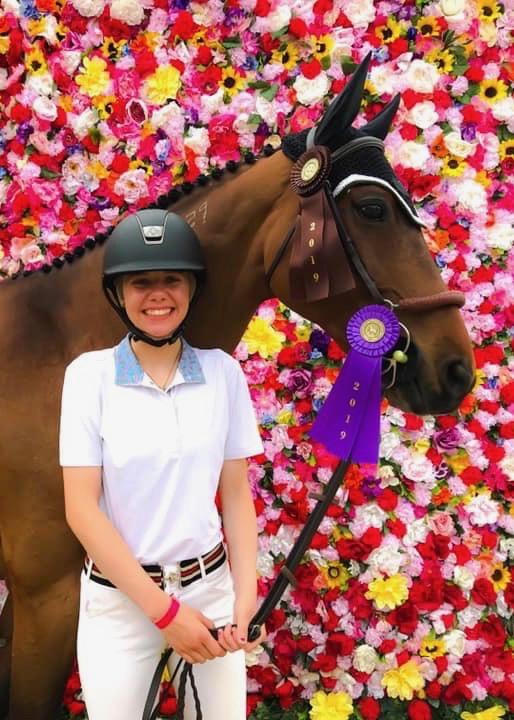 Meet Percy, a Standardbred who excels in the jumper ring. 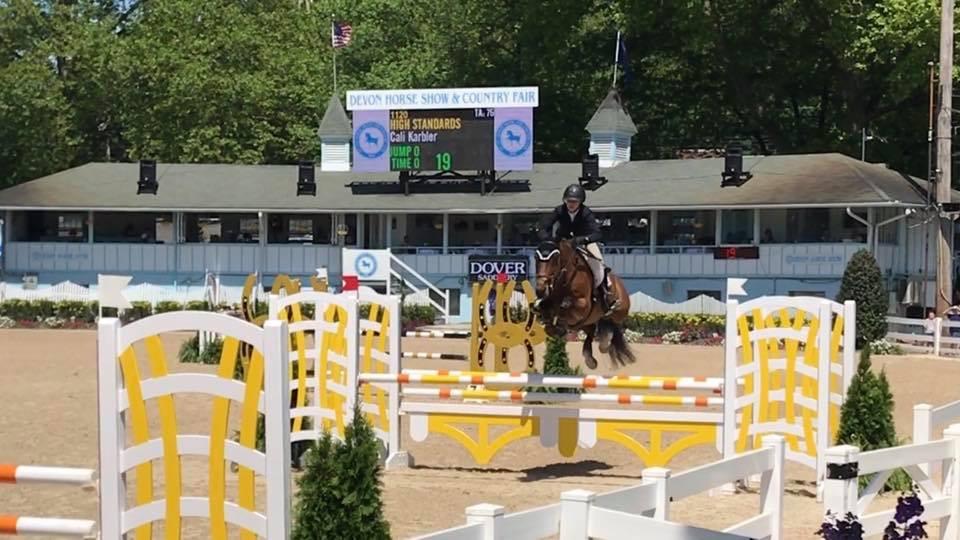 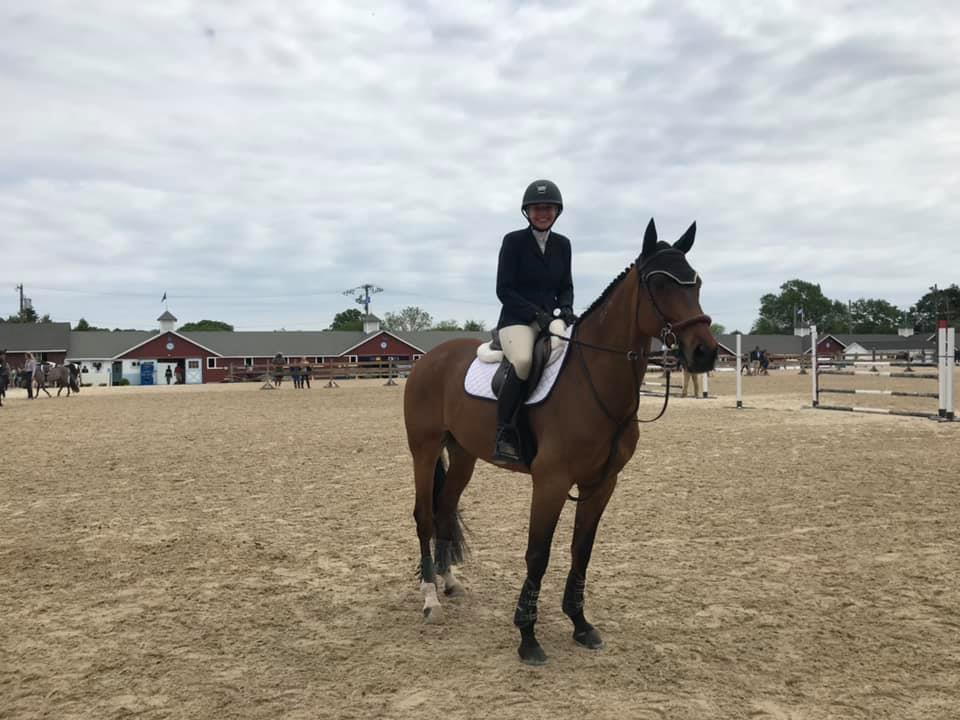 When Cali purchased High Standards, she had been leasing a hunter horse for three years. She knew nothing about Standardbreds when she bought him, but she instantly fell in love with his big personality.

Percy, as he’s known around the barn, was not immediately fond of his new human. He was a racehorse and he was not exactly warm and cuddly. But Cali did self-care with him and spent long hours at the barn gaining his trust and working to get some affection out of him. 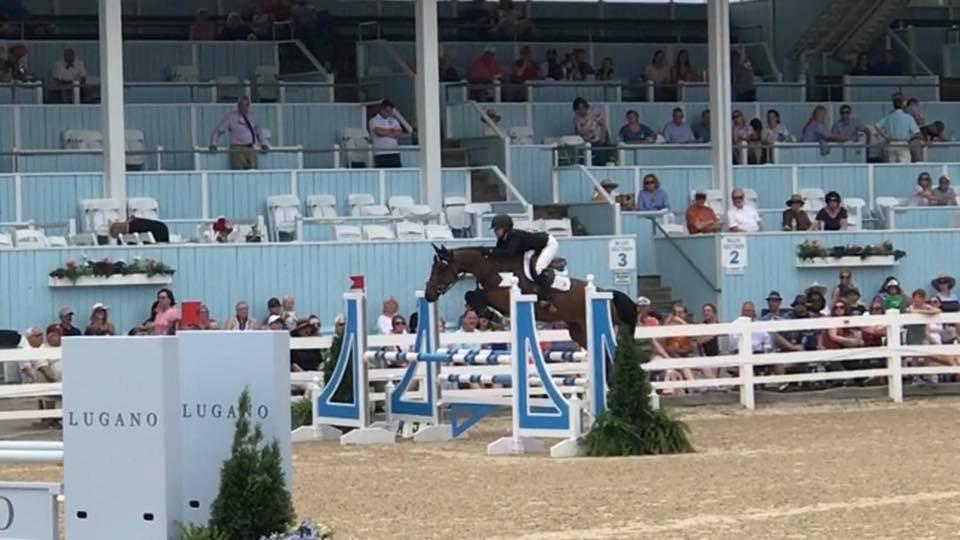 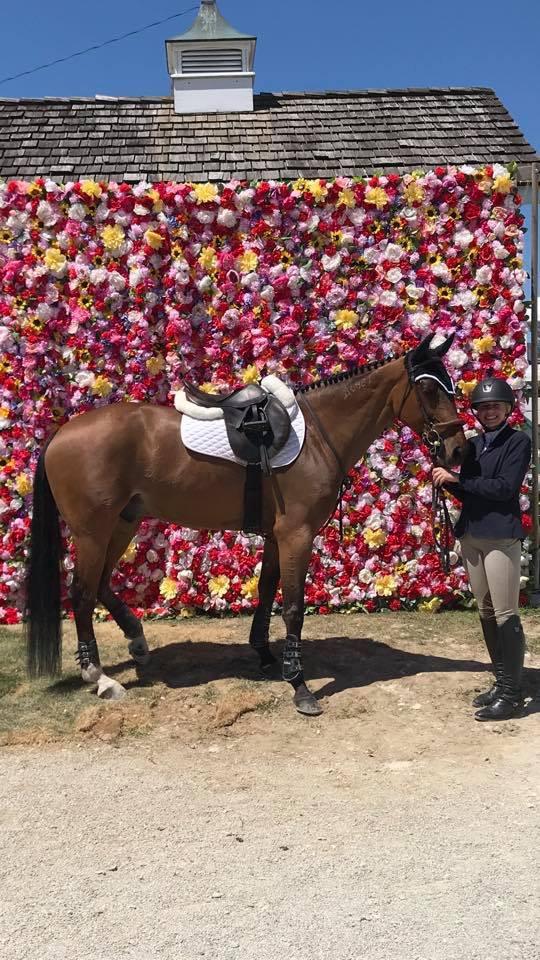 Initially Cali and Percy worked toward the goal of eventing, but Percy showed such a natural talent for jumpers that Cali took her trainer’s advice and made the switch to the jumper ring. Percy loved jumping and he and Cali really started to think and act as partners.

She re-entered the hunter/jumper world, entering the 3’ intermediate jumpers and she and Percy started winning….a lot. They got reserve or champion at every show they entered. 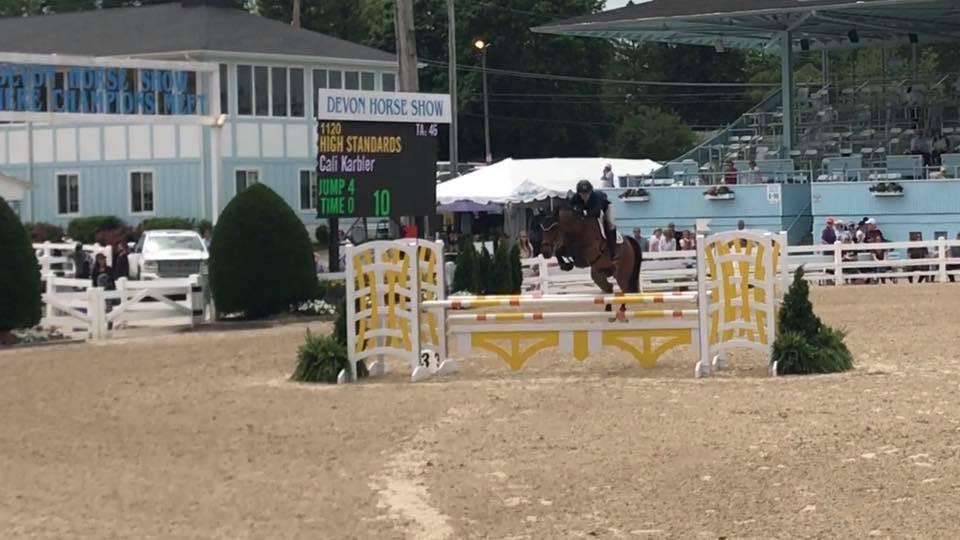 They moved up to the 3’3” division and then, at the end of their first year together, moved into the children’s. Percy has endless scope and a heart as big as the jumps he sails over. Cali reports that his try blows her away daily and that he gives 110% every ride.

Cali is a hard-working young horsewoman, who believes that nothing comes without hard work and determination. She trusts and loves Percy, and these two have grown into true partners and tough competitors. 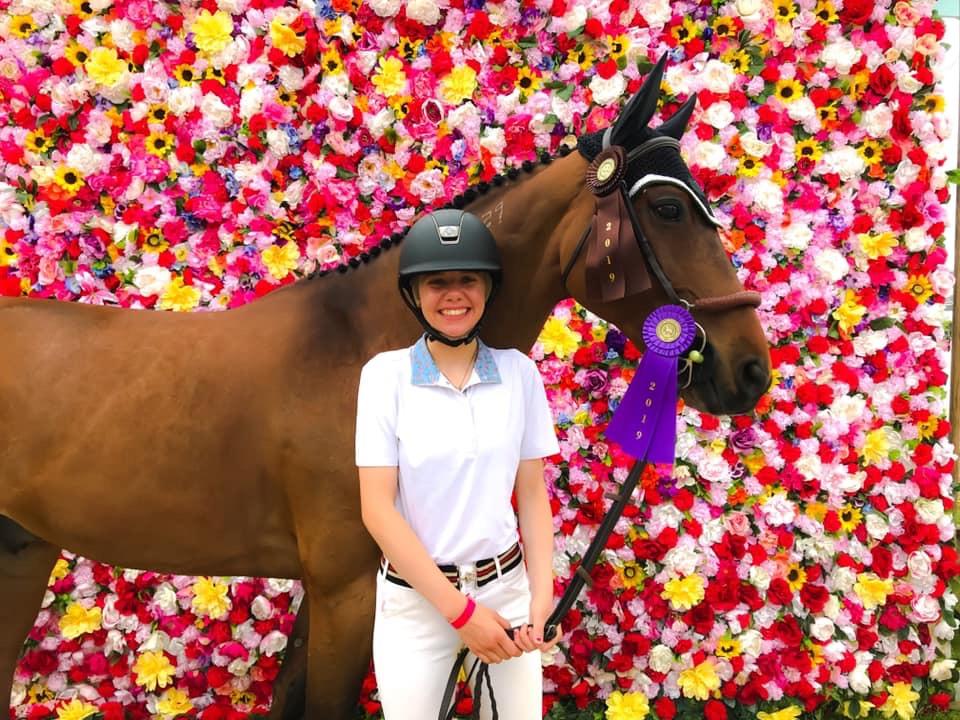