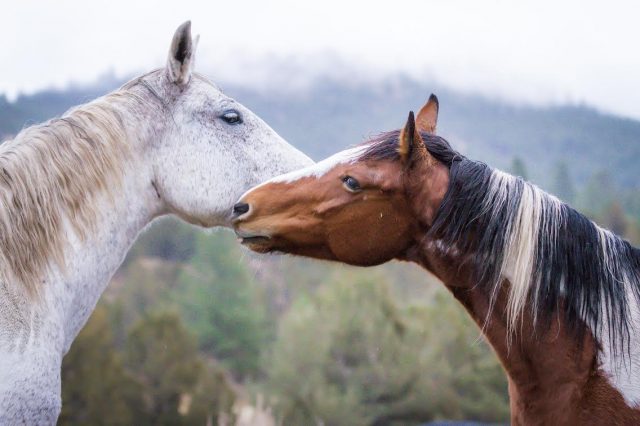 “We can save as many horses as we can save and then we’ll just be another full sanctuary. I think there are tons of solutions that don’t involve constant round-ups, gathers and holding pens,” said Clare Staples, founder of Skydog Sanctuary. 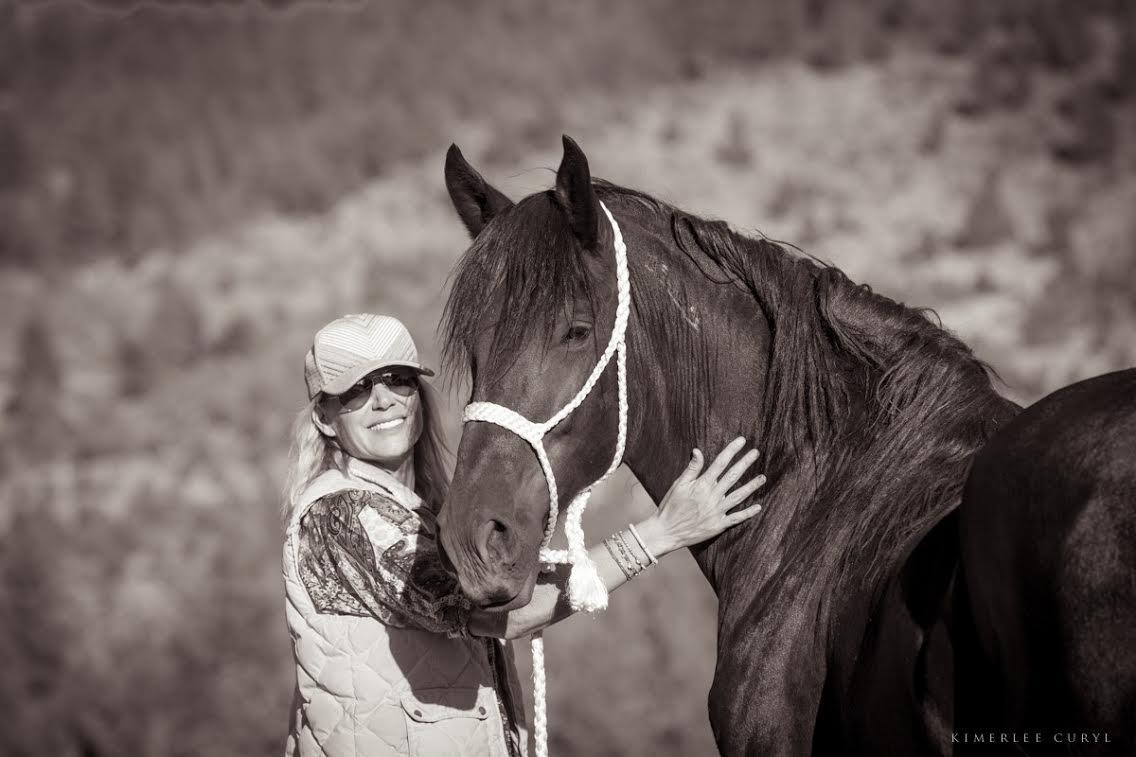 Skydog Sanctuary, located in Bend, OR, Malibu, CA and Mariposa, CA, exists to give mustangs a place to go. Founder Clare Staples felt mustangs needed “that land and space and freedom back.”

Growing up in England, watching westerns like Bonanza and the Virginian sparked Staples’s interest in mustangs: “I looked at America and the American West as this mystical place I just fantasized about and loved,” Staples said.

A Marilyn Monroe film, The Misfits, about a group rounding up wild horses, resonated with Staples. “It broke my heart,” she said, “because I couldn’t believe they were killing these horses, and that was back in the day when they were killing wild horses for dog food and chicken feed.”

The film stuck in Staples’s psyche, and when she wanted to give back later in life, saying she felt she owed horses a “debt of gratitude” for getting her through childhood, she was drawn to forming a mustang sanctuary.

Skydog specializes in the worst cases — neglect, abuse and starvation cases, and special needs mustangs needing a soft landing. Their mission is twofold: providing homes for wild horses and burros that have found themselves in dangerous situations and raising awareness and educating people about wild horse issues via films and social media. 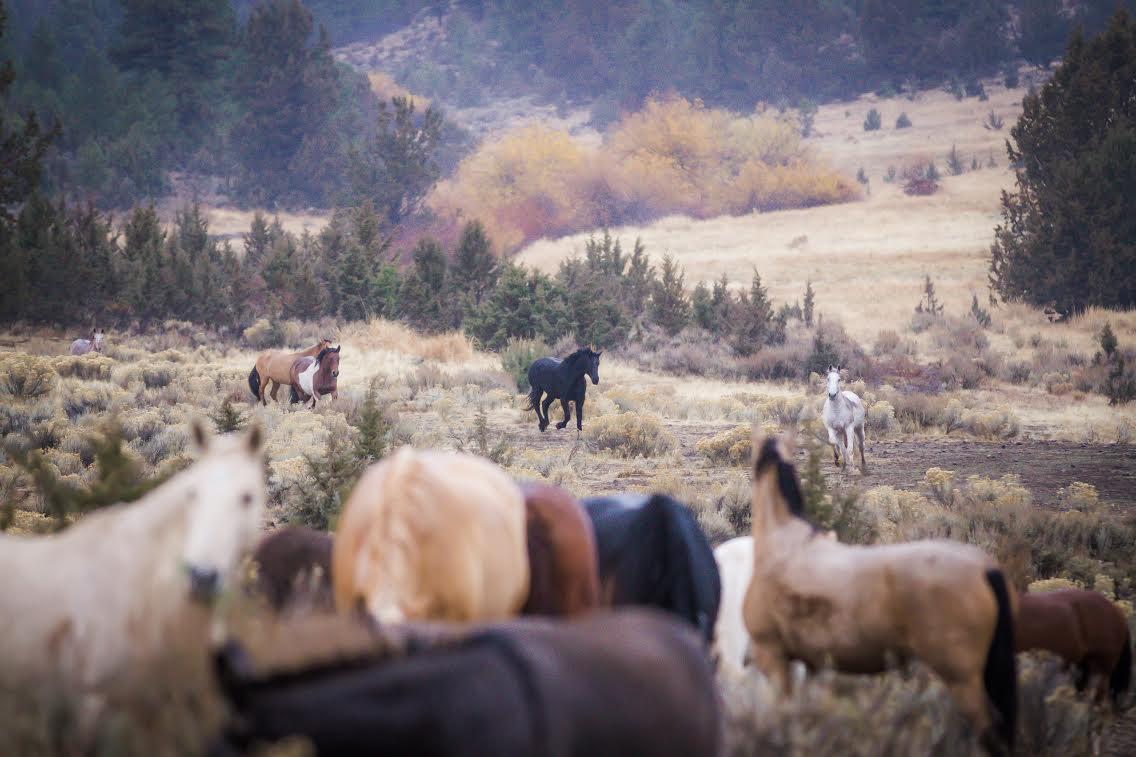 “We can save as many horses as we can save,” said Staples, “and then we’ll just be another full sanctuary.” Hence the education and awareness emphasis. Staples believes the BLM’s current system is unsustainable, saying, “I think there are tons of solutions that don’t involve constant round-ups, gathers and holding pens.”

Skydog interacts with followers on social media, educating them on taking action by contacting senators and representatives. They’ve also joined forces with other advocacy groups, fighting for better record-keeping and more BLM oversight. “So many horses would disappear,” said Staples, referencing observations at corrals she’d visited.

“The fatality rate, not just at round-ups but in holding, is so high as to be unacceptable. I think there’s massive room for improvement in terms of humane handling because I believe there’s so much mistreatment and abuse of these horses. There are horses in the wild that are loved and adored by the public and they’re rounded up and [virtually] disappear into a black hole and you never see them again. You can’t find them at holding pens, corrals or off-range, there’s no transparency. In this day of everyone having a camera phone, why, when they process these animals, can’t they simply make a record of them? Even as far as a foal being with a mare, that they’re related?” 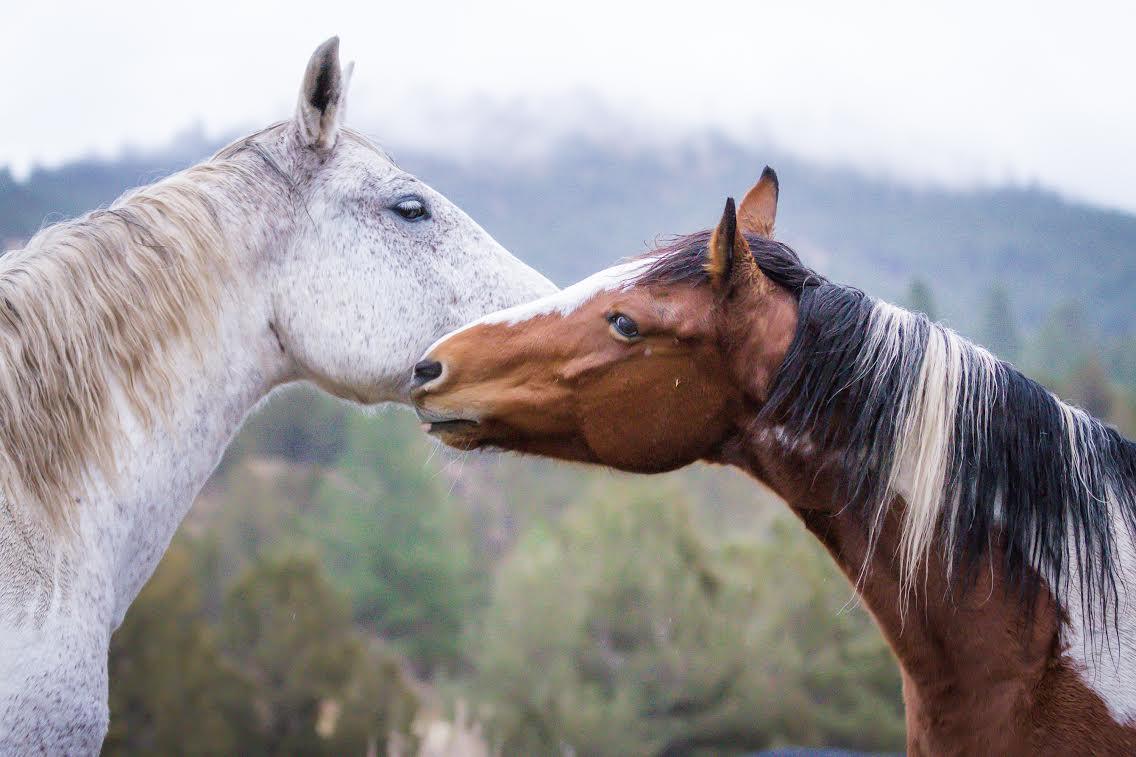 Staples believes many want to keep families together and would love taking a dam and foal, for example, but “there’s no room to do that,” she said. “The BLM doesn’t keep any records. I don’t understand where the hundreds of horses that go missing are going.”

Our discussion turned to BLM contracts sold cheaply, another issue mentioned on Skydog’s website. “It’s massively widespread,” said Staples. “Kill buyers are making a fortune off these horses and a lot of them ship without us ever knowing about them. It’s a very sad thing that over the last 10 to 15 years, a lot of the protections afforded these horses under the Wild Horse & Burro act have been stripped away.”

Sale authority horses (offered for adoption three times or those 10 and older) she said are “sold for $25 and you own the horse outright and never have to show the BLM the horse again.” With meat price being at least $400, “if you then put it up on a kill pen website for $800 to $1,500, well, you can see the amount of money they’re [kill buyers] making from sort of blackmailing people into taking these horses,” finished Staples. 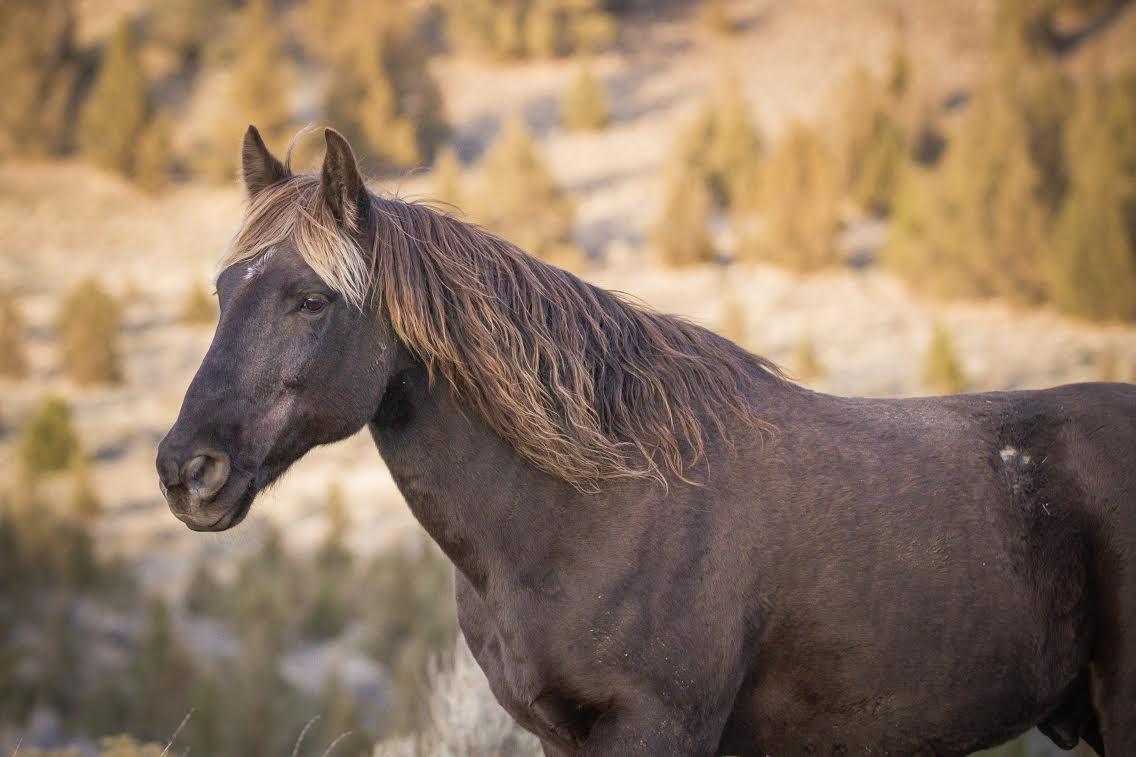 Skydog’s films, posted online and promoted via social media, raise awareness of their mission. Their most famous film is the Goliath and Red Lady reunion film which, per Staples, has 10 million views and was featured on several shows.

“We put a lot of emphasis on family and bringing bonded horses back together after round-ups,” said Staples. Their most recent film, “Pass the SAFE Act,” features several notable celebrities, some of whom volunteer at Skydog and urge viewers to “pass the SAFE Act,”  raises awareness to “an audience that maybe might not know about wild horse issues, or, especially, slaughter issues,” said Staples.

Two favorite Skydog horses are Redford and Eastwood, rescued from a kill pen.

“They were so wild when they got here and traumatized and terrified,” Staples said. After being turned out with the herd, Redford and Eastwood are now “pocket ponies — they follow you everywhere, they want to be petted,” added Staples. She continued, “sometimes the weird axiom is, when you give the horses this amount of space, is when they choose to come up to you because they’re not being confined and forced to do anything. They’re coming up to you because of their natural curiosity.”

“It’s the most special thing in the world to have wild horses walk up to you, and you touch them for the first time,” she added. “After everything they’ve gone through at the hands of the only people they’ve ever met, which is nothing but trauma, a lot of pressure, a lot of yelling, banging, prodding, being put in chutes and out of chutes, branded and everything that happened after being rounded up, for them to still go, ‘Oh, actually, I really want to understand what and who you are and have a connection with you,’ is just amazing to me.” 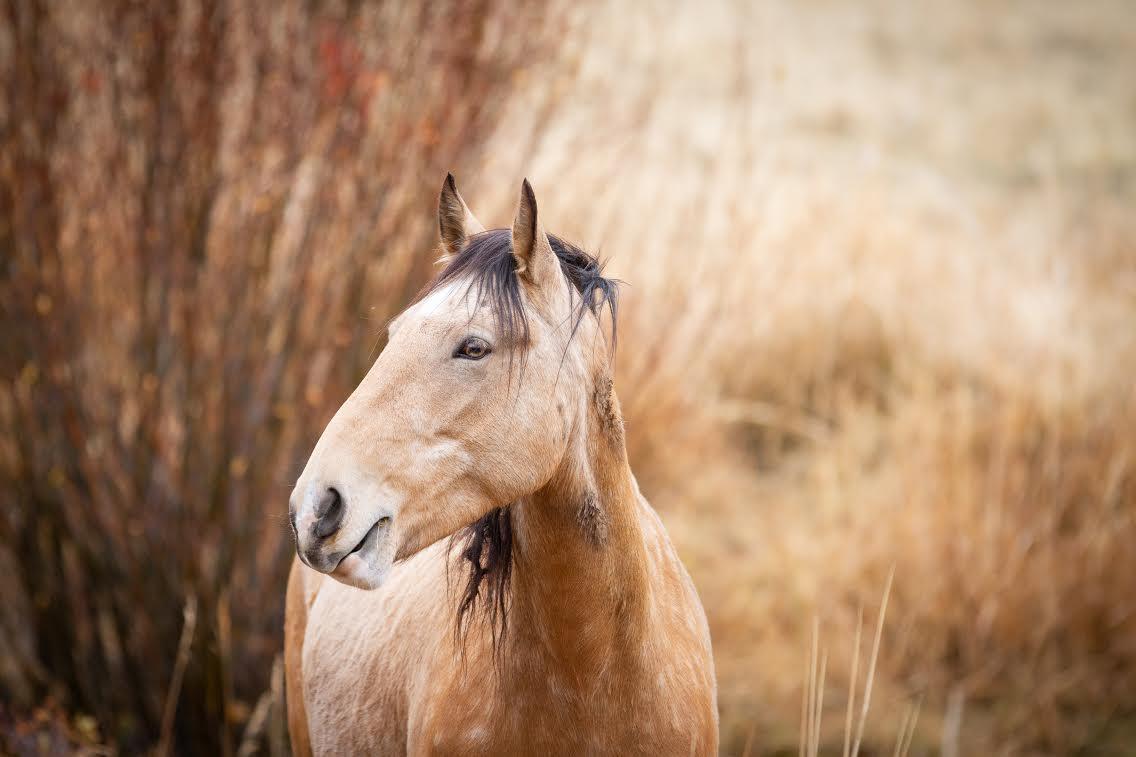 Staples hopes Skydog inspires more understanding of  “how special these horses are” and  that they “don’t need a job; they’re really so happy being horses.” She feels mustang ownership is a journey, “one of the most profound and meaningful relationships anyone could have.” She wants people to adopt these horses and go through that journey with them.