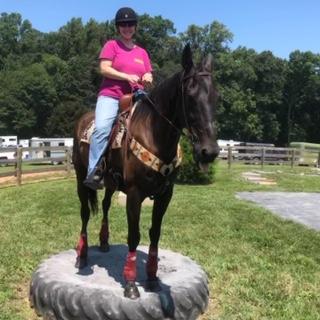 “With a little love and a lot of patience, flowers can bloom even in the most unlikely places.” 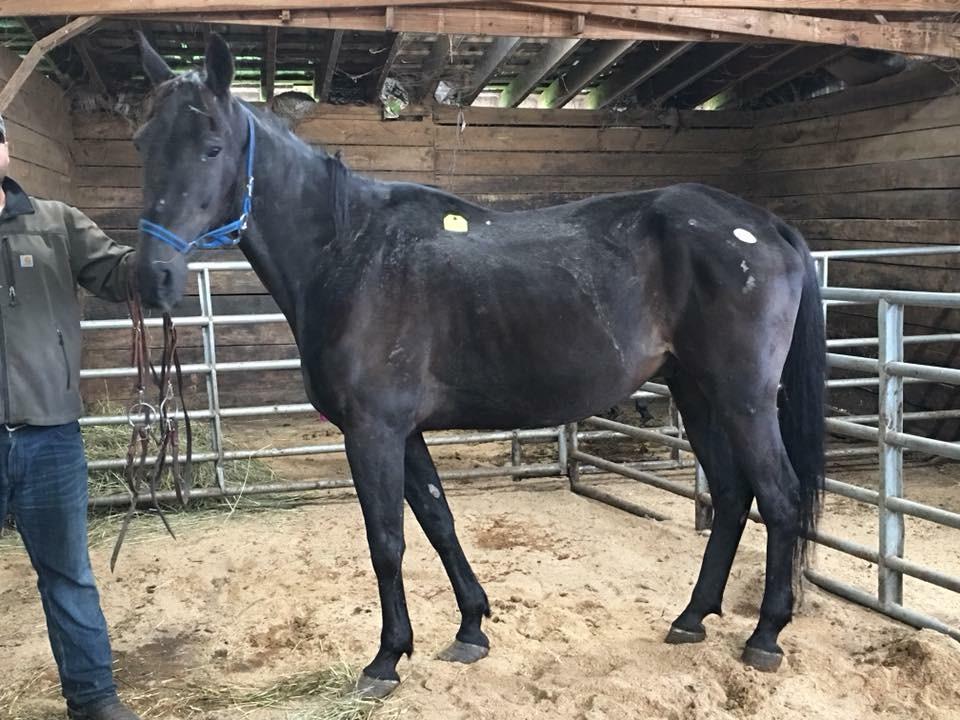 In September of 2018, a horse was listed on the PA Kill Pen Connection as “Hip 2546.” He was a 2004 Standardbred gelding named Big Boy Blue with the freeze brand 7B757. He was severely underweight, but had intelligent, if worried, eyes. My friend Amanda Dieterich-Ward had fallen in love with my own Standardbred, Matt, after riding him several times, and had been thinking of getting a Standardbred of her own. She said when she saw Big Boy Blue she had to bail him, even if she just pulled him out, trained him and found him a good home. 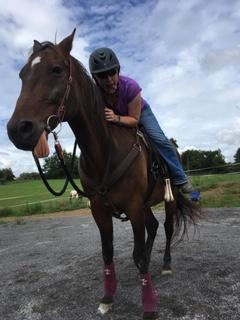 From the very first time Amanda met her Standardbred it was clear to everyone who saw them interact that he was not going anywhere. Amanda gave him the barn name Duncan, and sat in his stall reading for hours each day while he was in quarantine, so that he could learn that not all humans are bad. Duncan had clearly been badly abused and was shut down and afraid of people when he came out of the kill pen, but Amanda’s patience and kindness nursed him back to health, both mentally and physically.

Over the next several months, Duncan started to gain weight and started to develop a personality. He showed a love of German Horse Muffins, and a disdain for goats. As Amanda started to train him under saddle it became clear that he enjoyed trail riding. 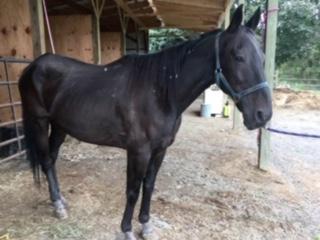 Duncan putting on some weight. Photo courtesy of Ashley Francese.

Long trail rides helped give him a sense of purpose. He would gladly ride out alone with his new mom, or lead a group of horses. Amanda took him to obstacle play dates and Duncan would boldly attempt each obstacle, even if he wasn’t quite sure why anyone would want to do something so frivolous. 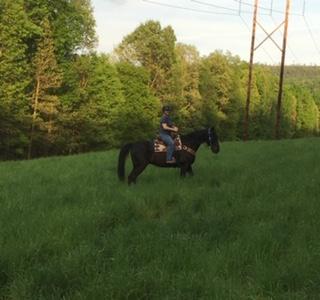 Amanda and Duncan on the trail. Photo courtesy of Ashley Francese.

Amanda’s husband Allen started taking lessons that winter, and has now graduated to riding Duncan. Despite Duncan’s close bond with his mama, he has started to bond to Allen, too, and the two have been on several trail rides together.

In just a few short months Duncan has gone from a frightened shell of a horse, to an incredible trail mount and the ideal husband horse. His story proves that, with a little love and a lot of patience, flowers can bloom even in the most unlikely places. 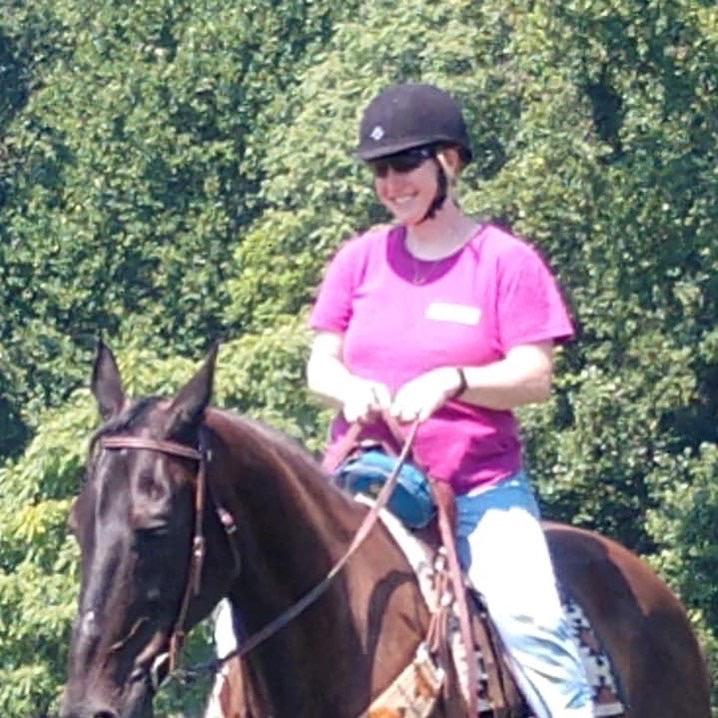 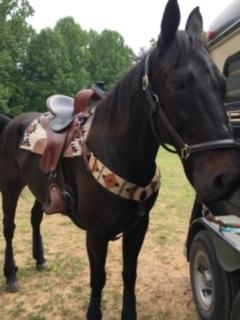