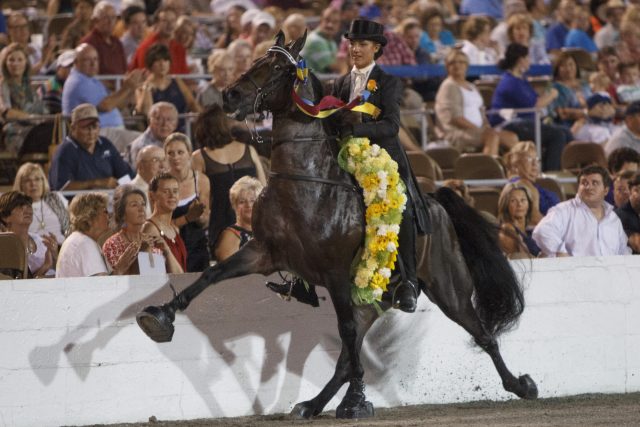 Every Friday, Horse Nation teams up with Ovation Riding to spotlight an individual or organization doing good work in the horse world. Today, we recognize the HSUS and the HSLF, which are taking further steps to end soring in the TWH show world.

On August 14, 2019, the Humane Society of the United States (HSUS) and Humane Society Legislative Fund filed a lawsuit in federal court against the U.S. Department of Agriculture, seeking to compel the agency to reinstate a final rule that was duly issued, prescribed and promulgated in 2017, but withdrawn with the advent of a new administration. The final rule amended regulations under the Horse Protection Act (HPA) that have allowed soring to fester for the entire 49 years since the Act’s passage.

The lawsuit argues that by withdrawing the final rule, the USDA not only violated the legal requirements of rulemaking, but also violated its mandate under the HPA. The lawsuit was filed by pro bono counsel at the law firm Latham & Watkins, LLP and the HSUS’s Animal Protection Litigation team. Several individual plaintiffs joined the HSUS and HSLF.

It’s been a federal crime since 1970 to show horses who have been sored – subjected to the intentional infliction of pain on their legs and hooves to force them to step higher to gain a competitive edge in the show ring. But trainers in the Tennessee walking, spotted saddle, and racking horse breeds have taken advantage of inadequate regulations that have allowed soring to continue unabated. 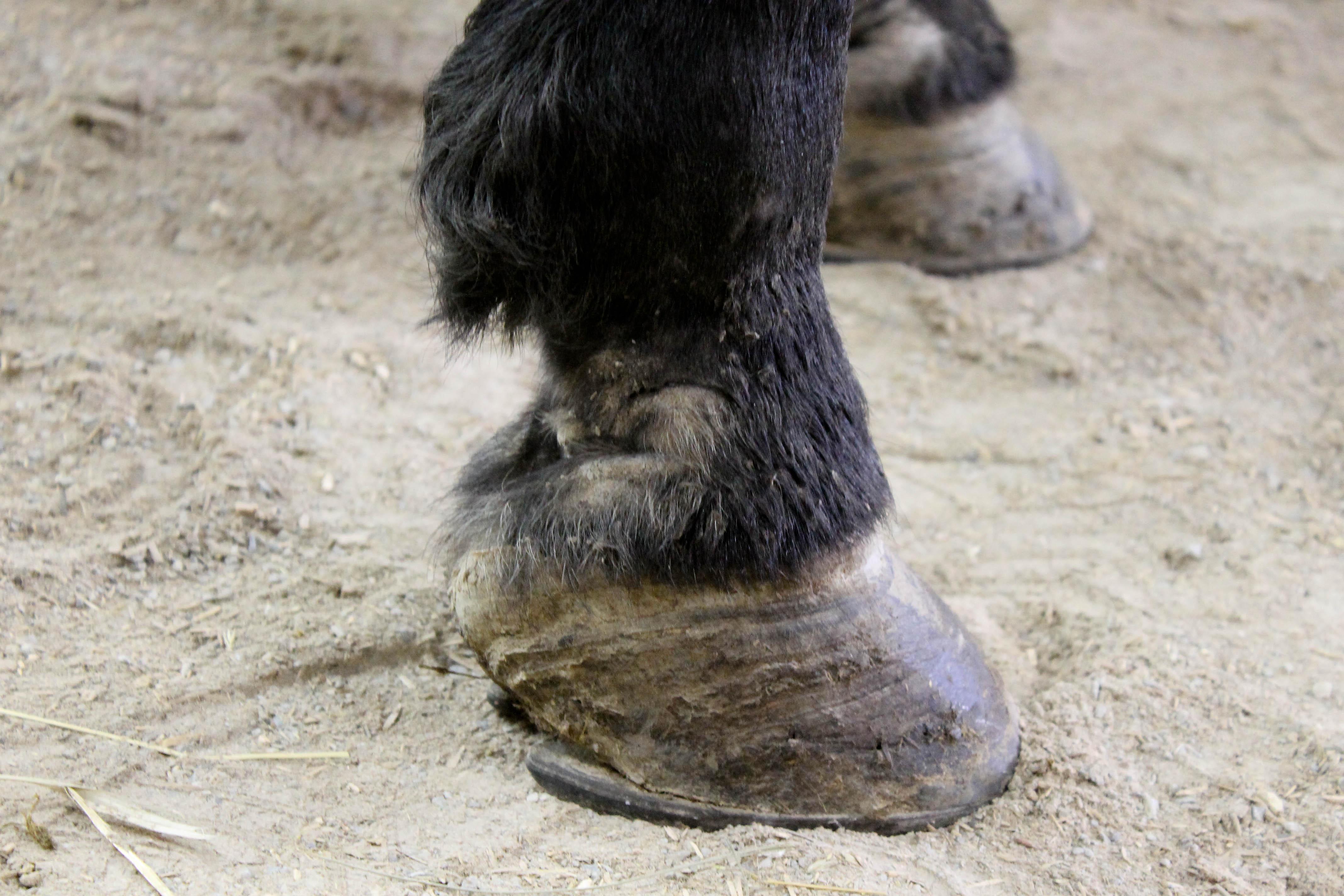 The existing regulations allow chains to be hung around horses’ legs and tall, heavy platform shoes or “stacks” nailed to horses’ hooves. These devices – which exacerbate the pain of caustic chemicals burned into the horses’ skin and conceal hard or sharp objects jammed into their tender soles – are integral to the soring process.

The current regulations also authorize an industry self-policing scheme which has facilitated the perpetuation of soring. In 2010, USDA’s Inspector General released a comprehensive audit of the agency’s Horse Protection Program, concluding that the industry self-policing system – the one authorized by the regulations that would have been replaced by the final rule – was fraught with conflicts of interest, inadequate to prevent soring, and should be abolished.

The USDA agreed with the Inspector General’s recommendations and said then that it would implement new regulations to remedy the problem. The agency also stated in separate Federal Register notices (in 1979 and 2011) that if soring persisted, it would consider banning the stacks and chains used to facilitate the practice.

With the final rule, the agency at long last took the necessary actions to move toward fulfilling its obligations under the HPA. On Jan. 13, 2017, the USDA put out a press release announcing the final rule and sent the rule to the Office of the Federal Register where it was put on public inspection and scheduled for publication.

However, the rule was withdrawn a few days later by the new administration, without following any of the procedures mandated by law to repeal a duly issued, prescribed and promulgated final rule; agency officials have since placed the final rule on “inactive” status and have resisted efforts to move forward on it.

“With today’s legal action we are making clear that we intend to hold the federal government accountable for complying with its statutory obligations under the Horse Protection Act to end the cruelty of soring,” said Kitty Block, the HSUS president and CEO. “Our action also puts horse sorers on notice that we will not stop in our efforts to halt the cruelty they inflict on horses.”

Sara Amundson, president of HSLF said, “Our commitment to end soring is a lasting one. It’s been a hard fight over the years because soring has powerful defenders. But we’ve never given up, and we’ve never been closer to securing its abolition than we are now.” 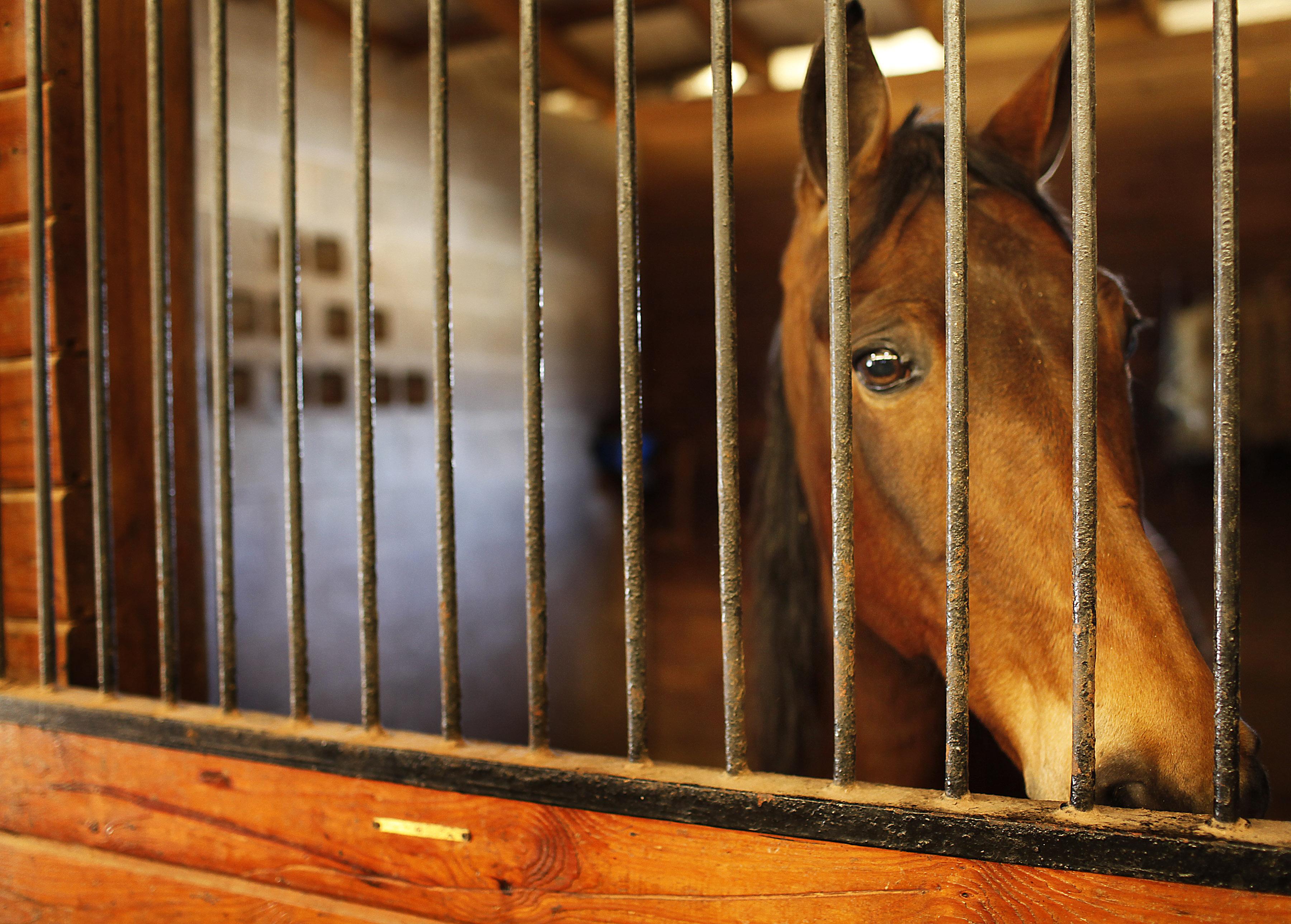 A horse waits in a stable during an animal cruelty investigation by law enforcement officials and the Humane Society at the stables of well-known Tennessee walking horse trainer Jackie McConnell in Fayette County, Tenn. The undercover investigation led to felony criminal indictments against McConnell, for multiple violations of the federal Horse Protection Act. Evidence was found of soring, the application of painful chemicals, and heavy metal chains applied to the horses front legs. Photo by Lance Murphey for the HSUS.

Many thanks thanks to Ovation Riding for their support of both Horse Nation and individuals and organizations that are doing good work in the horse world. If you know someone who deserves a Standing Ovation, we would love to recognize them in a future post. Email the name of the person or organization along with a message about the good work they do to [email protected]. Photos/videos are always welcome, and include a link to their website if applicable.