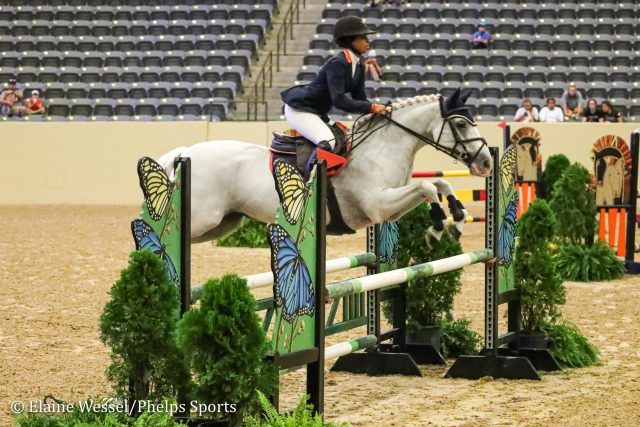 Saturday, August 10th saw the pony jumpers return to the Alltech Arena for the third phase of individual competition during the USEF Pony Finals. The top 13 riders returned for the finals, all vying for the championship title. Hallie Rush and Sky Miles came out victorious after three days of competition, never incurring any faults to impressively finish on a score of zero to earn the title of the 2019 USEF Pony Jumper Individual Champion.

The course challenged the competitors to produce clean and clear rounds and only two competitors entered the final round with zero combined faults. However, a handful of competitors went in with four faults, so the  competition for the championship was stiff.

Entering with a total of zero faults, Rush and her 20-year-old pony, Sky Miles, were second-to-last in the go order. They produced a clear round by utilizing the pony’s experience and a steady rhythm.

Rush impressively walked away from the 2019 Pony Jumper Finals with zero faults to her name.