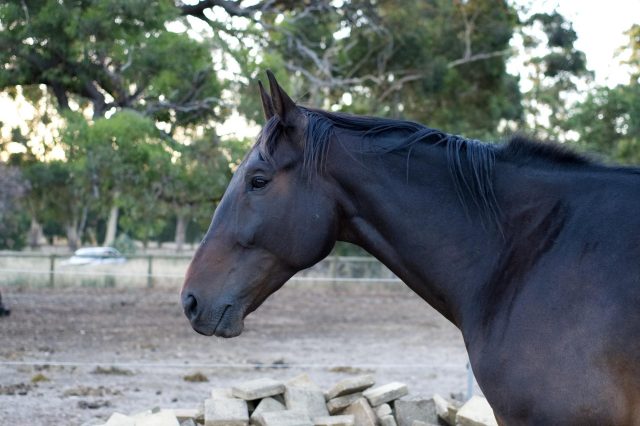 One Standardbred’s stall was labeled, “Don’t Ride Me. I am Trouble.” Fortunately, he proved to be anything but. Meet Trouble. 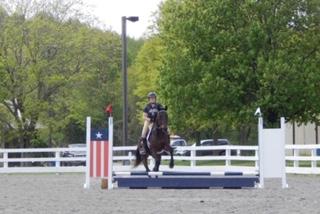 Katie Bunca, the co-trainer at Silver Dollar Stables in Cranbury, NJ, took the trouble to transition a Standardbred to a career as a lesson horse.

In the fall of 2012 Katie, then supervisor of the Rutgers University Mounted Patrol, saw a sign on a new horse’s stall that said, “Don’t Ride Me. I am Trouble.”

It turned out that Trouble had been born at Rutgers University in 2003, and had taken part in a study on amino acid in feed that was conducted on mares and foals. He was sold as a harness racer and ran as a pacer in 29 races, with a total of $21,861 in earnings. He retired from racing in 2007 and was sold to an Amish family for use as a carriage horse.

In 2012 Trouble ended up in the New Holland auction. A volunteer at the auction looked up his freezebrand, saw that he was bred at Rutgers and notified the University. Trouble returned to the campus as part of the university’s commitment to care for the horses involved in its research programs.

The professor helping with the patrol told Katie Trouble’s story and Katie took him home to her family’s farm to evaluate him under saddle. After three months in Katie’s care, Trouble returned to campus as a mounted patrol horse.

Trouble spent the next two and a half years as a mounted patrol horse before retiring. The university then contacted Katie to ask if she wanted him. Katie’s mother doubted Trouble would be a savvy addition to the farm, as he’d only really walked under saddle; his trot was questionable at best, and he’d never really been asked to canter. Despite her mother’s concerns, Katie took a chance on Trouble.

Trouble has spent the past four years in Katie’s lesson program. In those years he has learned to trot, jump and canter on both leads. He even recently qualified for Pony Club Championships in Training Level dressage. He also competed at a local Pony Club show jumping rally and put in three clear rounds in the 18” division. 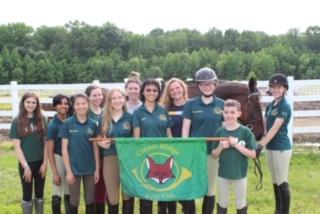 Trouble’s kind and patient demeanor has made him a hit with Katie’s lesson program. She describes him as one of her best beginner horses, and reports that he can be trusted with even the tiniest riders. Five-year-olds at summer camp beg to ride him, so they can tell their parents they have ridden a racehorse.

Katie urges people to look past the stereotypes associated with Standardbreds. Like Thoroughbreds, they can have long and productive careers after racing, and can be taught to trot and canter in addition to pacing. Trouble has proven to be anything but trouble, and Katie and her students are grateful to have him in the barn. 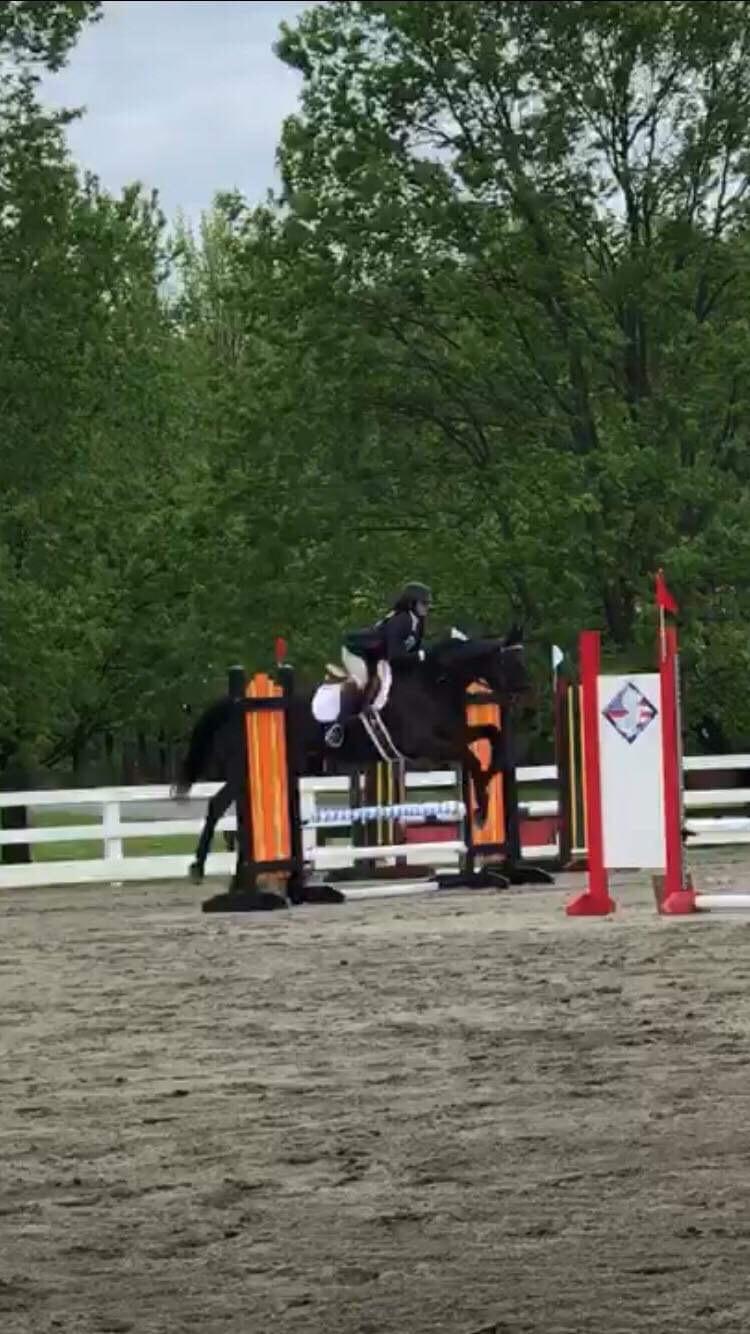