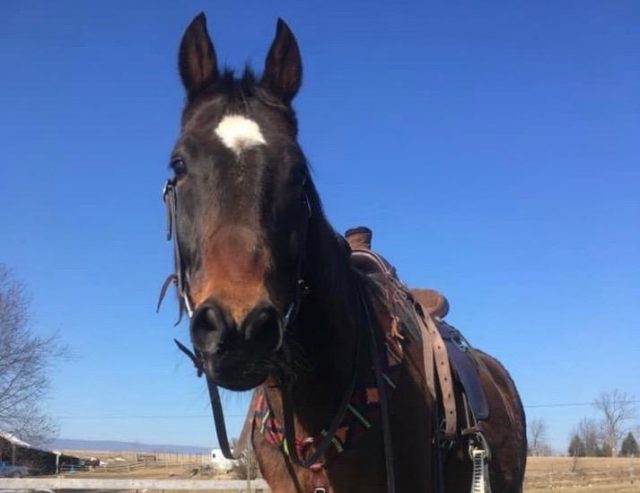 After falling in love with the breed and wondering how she could do more to promote them, Ashley Francese tells the stories of some of the wonderful Standardbreds she has encountered. 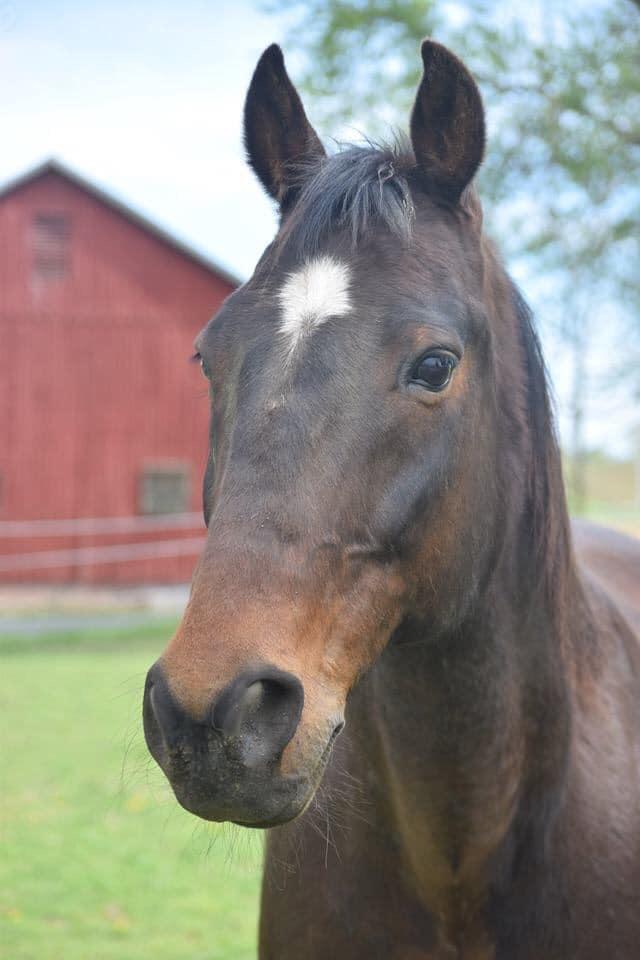 A few years ago my friend Allie Stahl-Smith starting getting a lot of Standardbreds into her quarantine facility at Crazy K Farm. Allie would always tell me about how much she loves the mind of a Standardbred. I would listen, but I had never personally dealt with a Standardbred, and I must admit that I was more than a bit skeptical about the way that they move. I am not a gaited horse person, and the pacing really put me off.

A little over a year ago, one of my horses passed away, and I was hurriedly looking for a companion horse for my husband’s horse Stanley. I wanted something that my husband could ride, that I could take on trail rides and that I might be able to teach on. I went to Allie’s to try out a cute chestnut that she had on consignment and ended up falling head over heels for a 14-year-old Standardbred named KG MattBest, aka Matt. 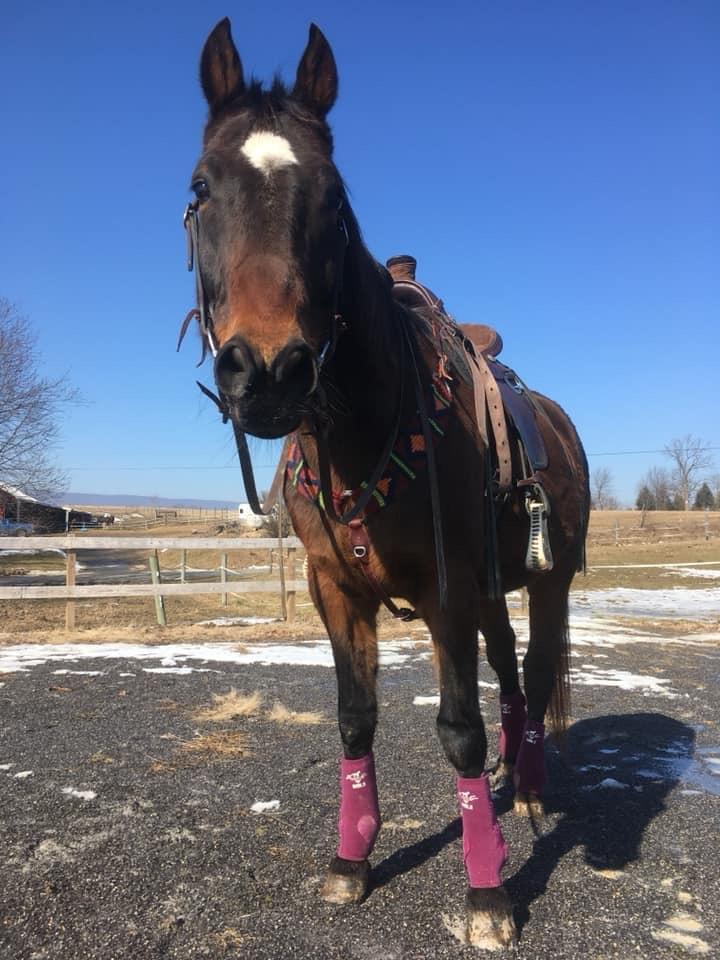 Matt tacked up and ready to ride. Photo courtesy of Ashley Francese.

Matt had been born in Canada and had been a successful harness racer before he retired. Upon retirement he was sold to an Amish family. He was not with the Amish for long before he ended up in a kill pen. It was not hard to see how Matt had ended up there. He was essentially totaled.

He had a broken wither bone, huge bulbous knees, a pin-fired right hind and old splints in both front legs. Some of these injuries were clearly from a recent accident, but some were holdovers from his racing days. In spite of all of these problems, Matt was hands down the sweetest horse I had ever met. He was sound and, since I am a saddle fitter I was confident that I could make his back comfortable despite the wither break, so I brought him home. 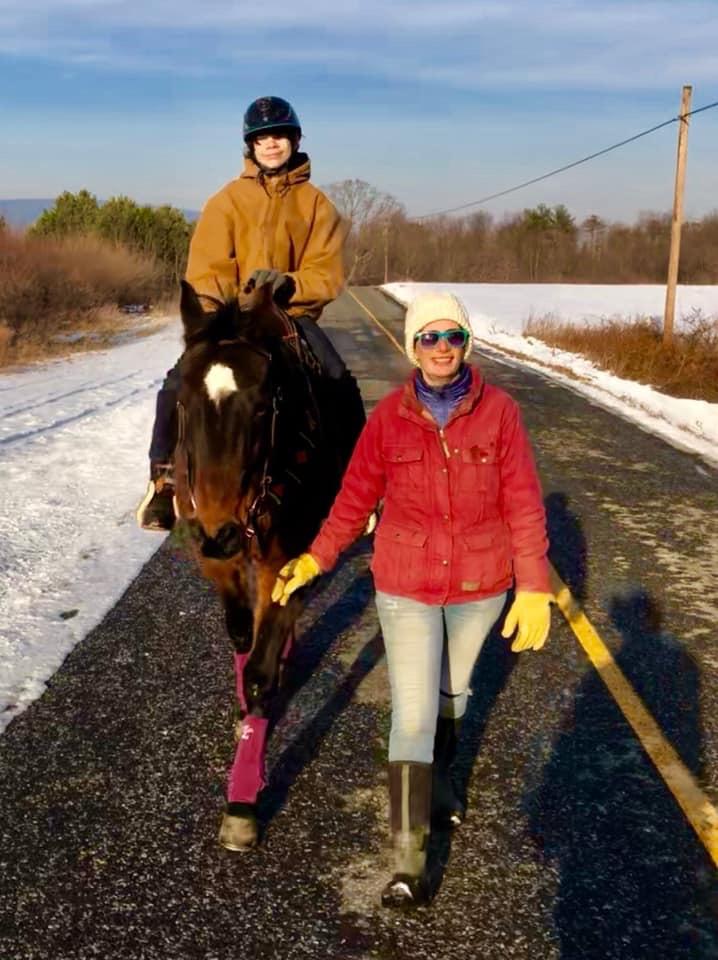 Matt being a good citizen and excellent teacher. Photo courtesy of Ashley Francese.

Falling in love with Matt, and watching him blossom as a lesson horse, a trail horse and my stepsons’ favorite mount made me fall in love with the Standardbred breed. My family recently moved to a new farm, and when we first put an offer on the house, I started looking for a second Standardbred so that my stepsons could ride together and not have to fight over who gets Matt. 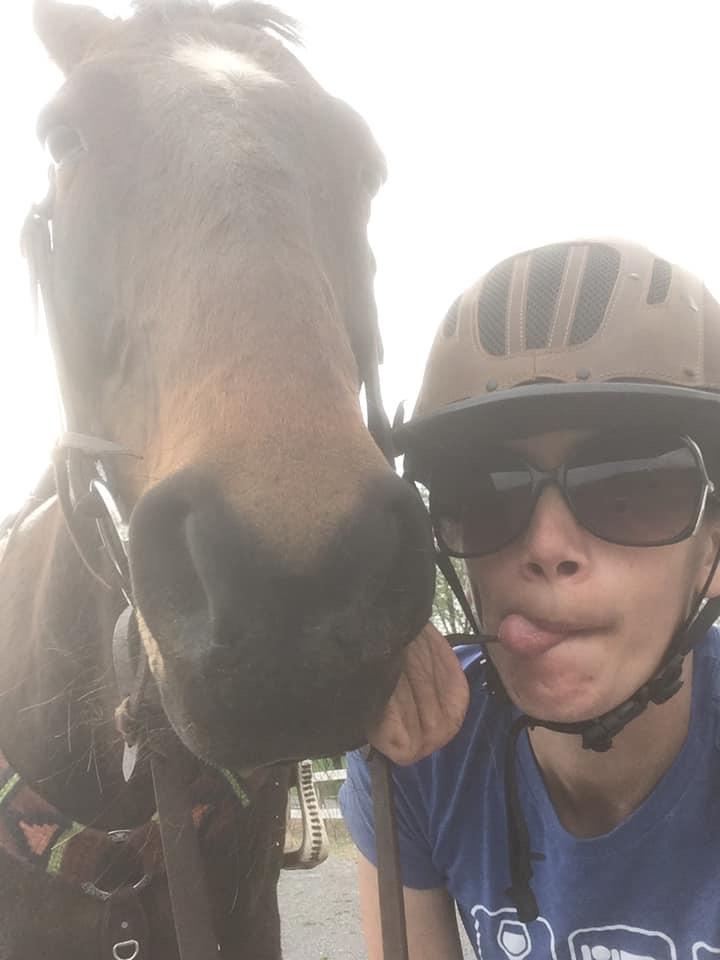 Matt showing is silly side. Photo courtesy of Ashley Francese.

In May, we brought home a 15 year old ex-pacer named Artomatic Pilot. Artie raced until he was fifteen, which is the maximum age for a Standardbred racehorse. He has been under saddle for a few months now and is turning into an amazing trail horse. 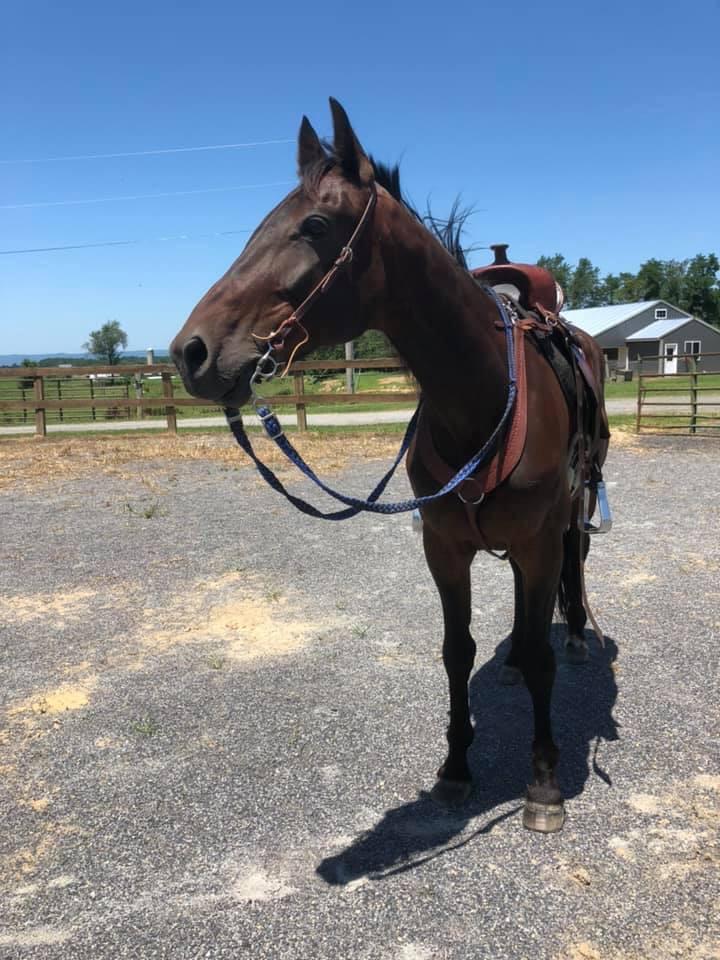 Last year while I was at the Retired Racehorse Project Thoroughbred Makeover, I started thinking about how much the RRP is doing for Thoroughbreds and how much I wish that there were more that I could do for Standardbreds. I started questioning how I could best use my skills to help these horses.

A few months ago, the answer came to me when a friend from the Thoroughbred Makeover, Katie Bunca, shared her Standardbred’s story with me. His story made me realize that one thing that I can do for Standardbreds is to share their stories with my Horse Nation readers.

So this is the first part in a multi-part series, telling the stories of these fabulous horses and the people who love them. Look for more Standardbred Stories in the near future. 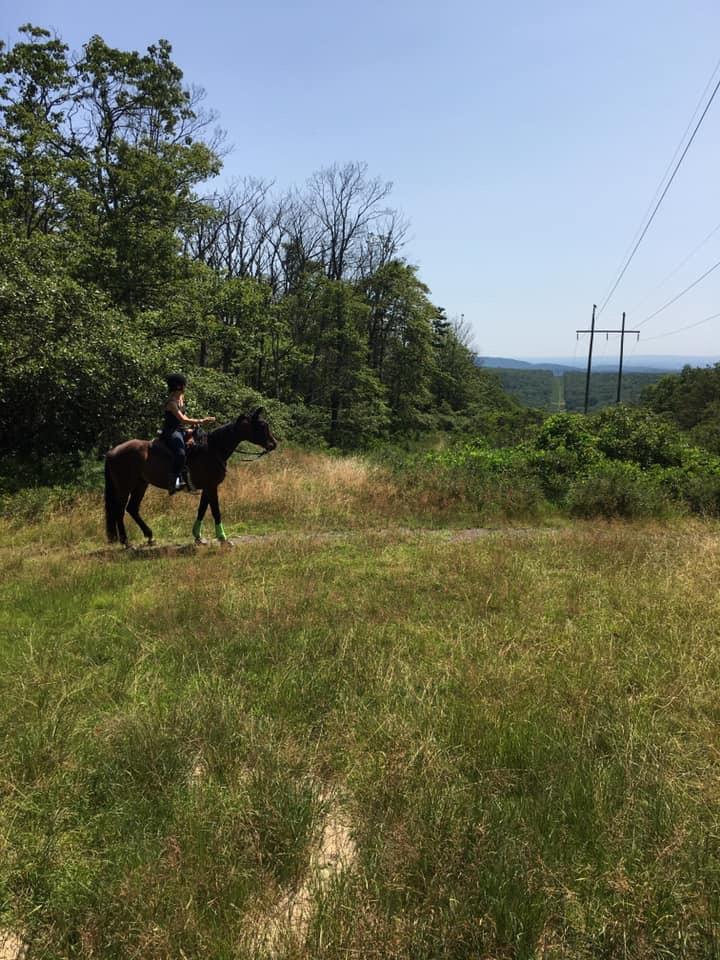 Artie on a trail ride. Photo courtesy of Ashley Francese.