In an historic vote, the House passes a bill to make horse “soring” a thing of the PAST.

Soring is a heinous practice in which violators intentionally inflict pain on a horse’s legs or hooves, forcing the animal to perform an artificial, high-stepping gait called the “big lick.” Photo by the HSUS.

WASHINGTON (July 25, 2019) — The PAST (Prevent All Soring Tactics) Act (HR. 693)  passed the House of Representatives today. After years of failed attempts to get the House to allow a vote on the PAST Act, it got its day on the hill. Two Hundred and thirty-three Democrats voted Yea, 0 Nay. One hundred Republicans voted Yea — 95 Nay. One Independent voted Nay. One Democrat and two Republicans did not vote.

Nine members of Congress had co-sponsored, but switched to vote Nay: Duncan, Emmer, Harris, Hunter, Marchant, Meadows, Roby, Simpson and Young. One PAST Act advocate shared that this switch could be considered a broken promise to their constituents. These Congresspersons supported the PAST by co-sponsoring, but then changed at the actual vote. It could be that the last minute pressure exerted by Rep. DesJarlais (TN-R) and intensive lobbying by the American Farm Bureau swayed those votes.

DesJarlais had pushed his own bill that was originally brought forward by his predecessor, now Senator Marsha Blackburn (TN-R). That bill has consistently failed to get enough co-sponsors to receive a vote. DesJarlais (and Blackburn) are recorded to have taken money from the Big Lick Walking Horse supporters and exhibitors.

A surprise vote of Yea came from two congressmen from Tennessee. Reps. Burchett (TN-R) (a co-sponsor of the DesJarlais bill) and Cooper (TN-D) came forward to vote Yea. Rep. Cohen (TN-D) had co-sponsored the PAST in January 2019. Shelbyville, TN is the home of the TN Walking Horse Celebration, a pivotal event for the Big Lick Tennessee Walking Horse exhibitors.

The companion bill S. 1007 will move on to the Senate where supporters believe it will be blocked by Senate Chair McConnell (KY-R). Supporters hope the PAST will at least be allowed a vote in the Senate. S. 1007 has 40 co-sponsors to date.

Soring involves the intentional infliction of pain on a horse’s legs or hooves to force the horse to perform an artificial, high-stepping gait known as the “big lick.”  The Humane Society of the United States (HSUS) has documented these abuses in undercover investigations of the big lick segment of the industry in 2012 and 2015.

“We’re delighted with this historic success. We have long led the charge to end soring, conducting undercover investigations, raising public awareness, working to secure greater funding and more support for enhanced enforcement by USDA and now, working with House champions and coalition partners to secure this important milestone for horses,” said Kitty Block, HSUS president and CEO. “We’re going straight ahead to press for Senate passage of the PAST Act. These animals have suffered long enough.”

Below are the final results for Roll Call 510: 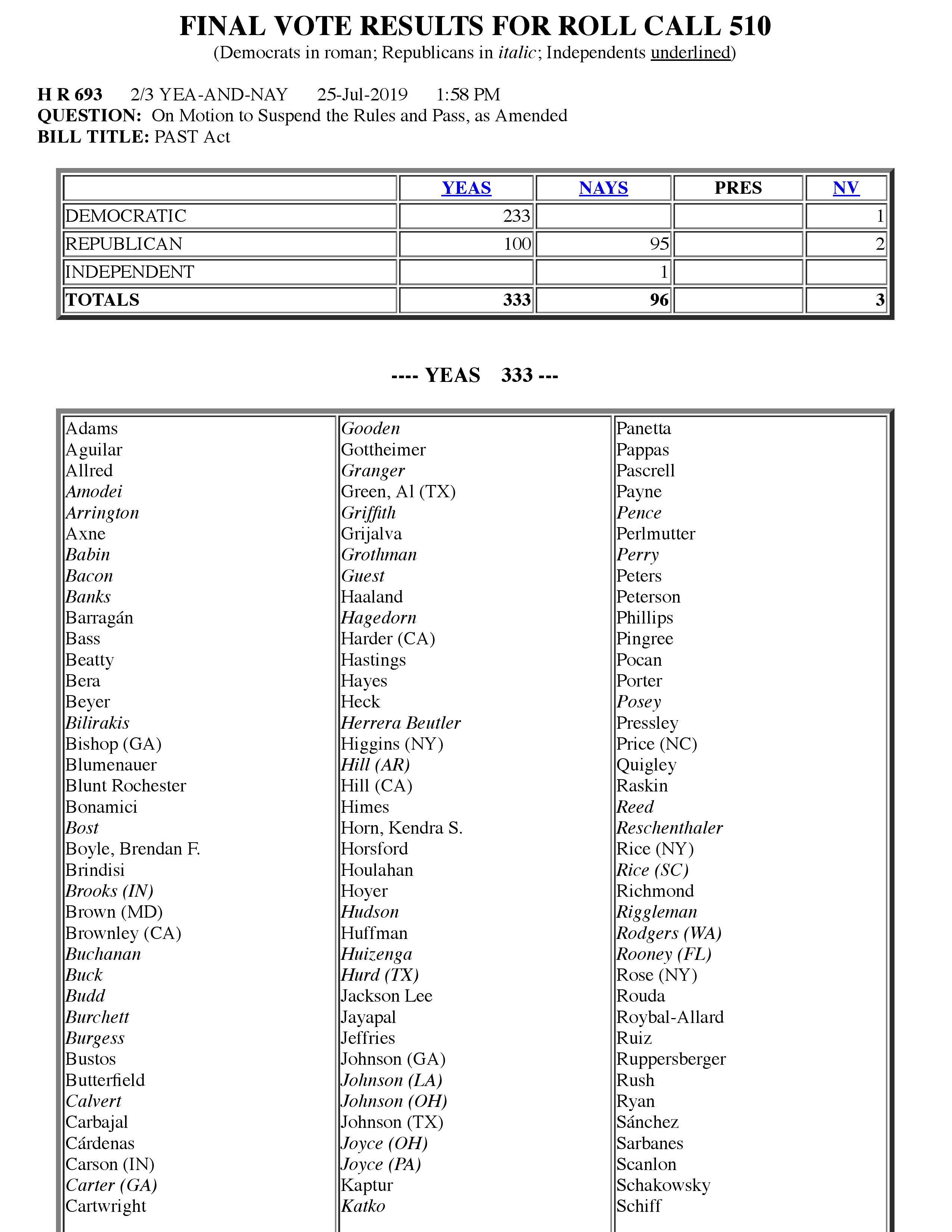 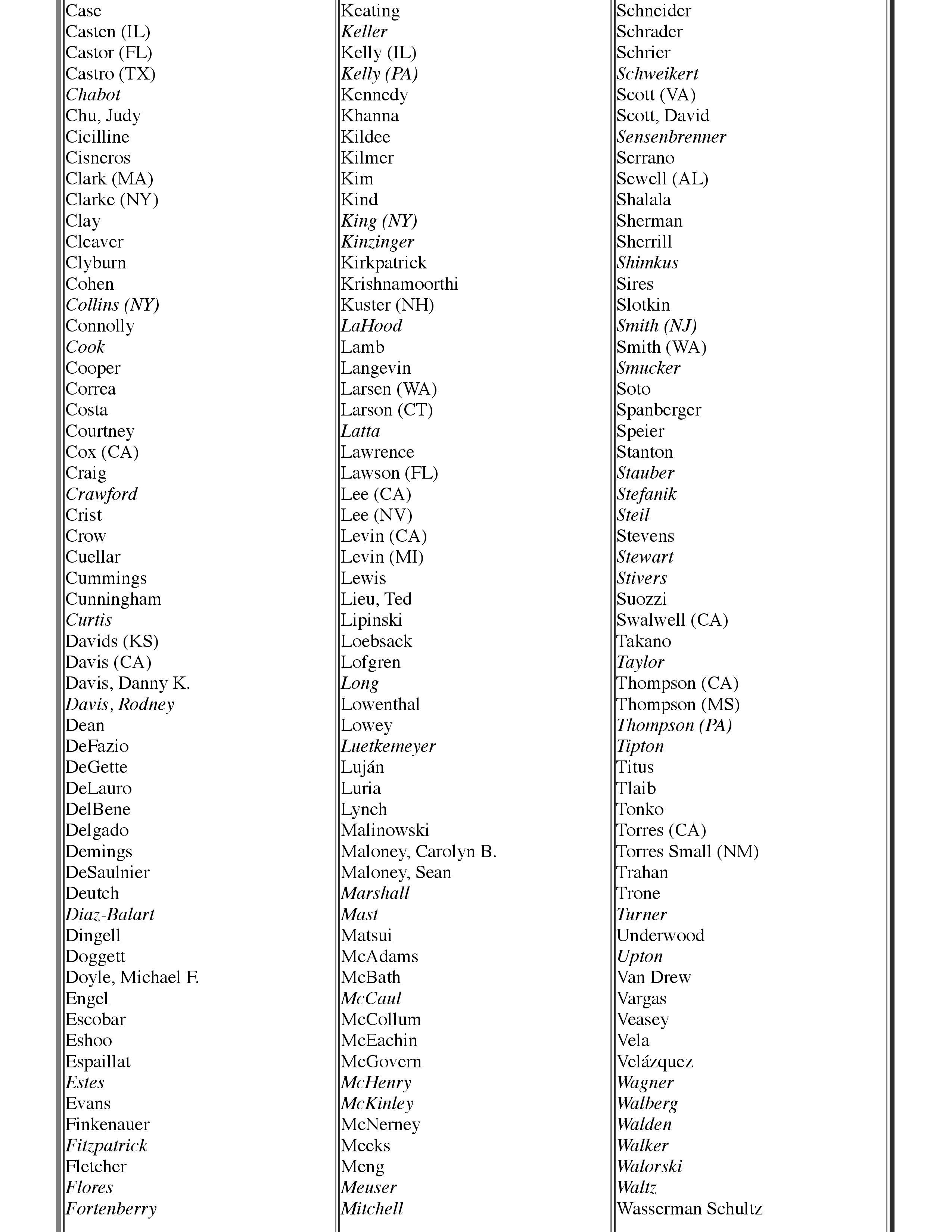 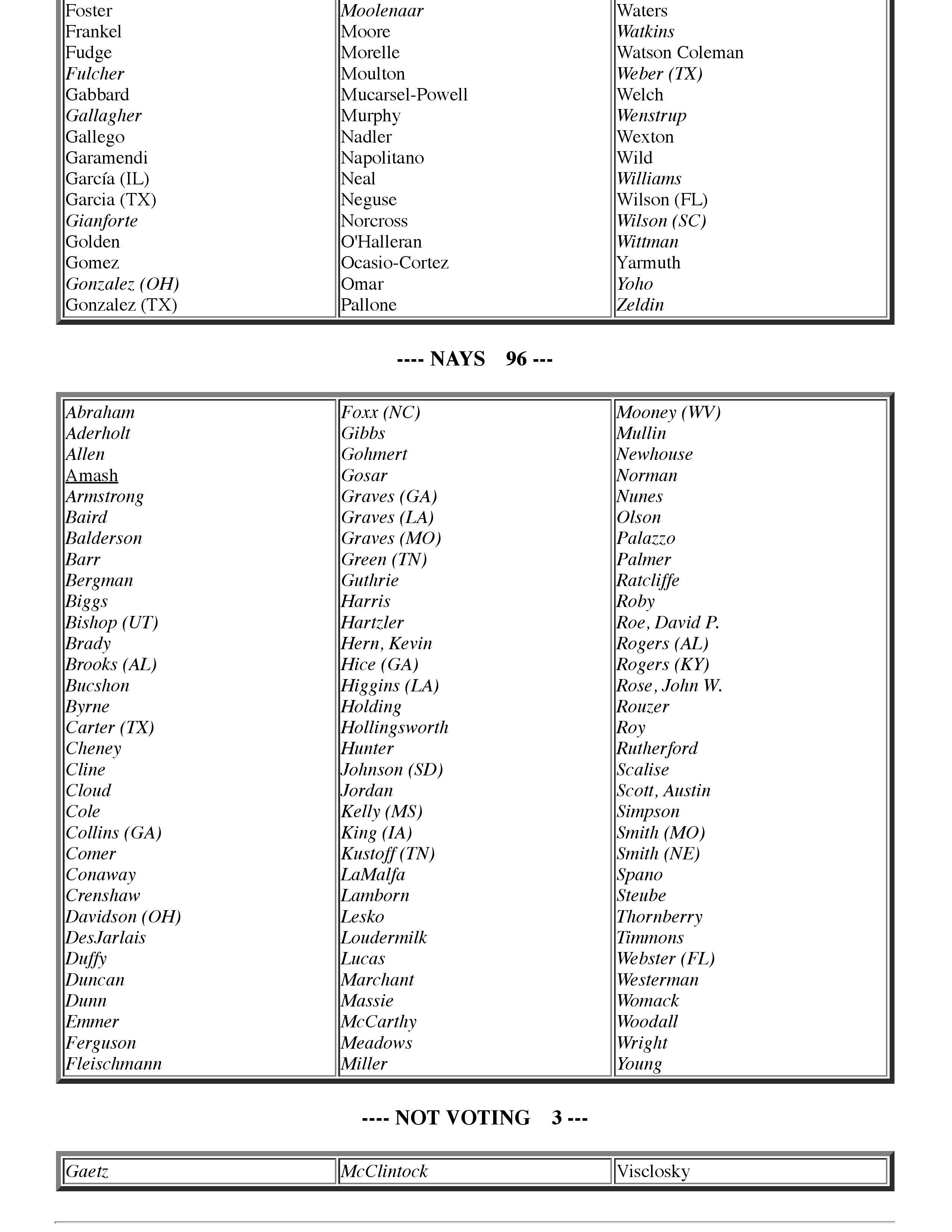