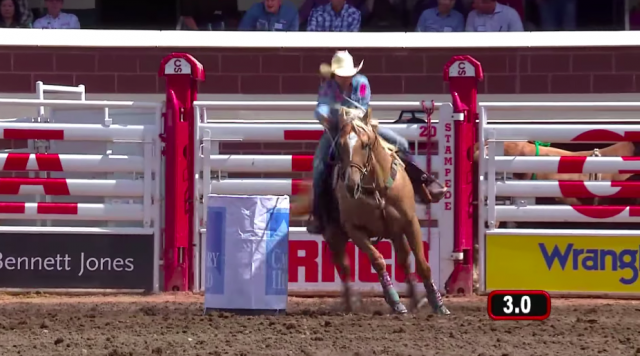 Hailey Kinsel and her horse Sister broke the arena record at the Calgary Stampede.

The team had a historic week in Calgary. They tied the previous arena record of 16.99 in their first run. In the second round, Jennifer Sharp and Six French Smooches (2011 mare, Frenchmans Fabulous – Runnin Jesse Orchid – Marthas Six Moons) broke the record with a 16.96, only for Kinsel and Sister to shatter the clock at 16.93 and set a new one.

Despite their amazing showing in the fourth round, Kinsel was bested by Lisa Lockhart by only three one-thousandths of a second in the finals.

What an amazing week in Alberta, Canada. Congratulations to all the competitors. Go riding!