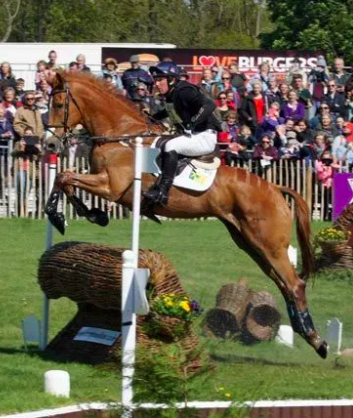 July 10, 2019DeAnn SloanDeAnn Long SloanPerformance of the WeekLeave a comment

One of the best cross-country horses in eventing history, Armada, has been put down at the age of 20. We pay tribute to this incredible athlete in Performance of the Week.

A chestnut Spanish Sport Horse, Armada was bred by Roman Beca and came to Andrew Nicholson as a five-year-old, after which Nicholson sold him to Paul Ridgeon. Nicholson said the horse had “unbelievable power and an amazing length of stride, which made the cross-country, especially in his early days, feel effortlessly easy. You had to sit on him across country to be able to appreciate the power and the feeling you got.”

Nicholson rode Armada until 2011 and then offered him to Oliver Townend, who rode him until his retirement three years ago. Townend remembers him by saying, “He had everything – he was almost verging on having too much talent for his sensitivity.”

Here is Townend and Armada’s 2nd place ride at Badminton, England in 2014:

Armada had been retired to Nicholson’s property three years ago. Ridgeon said that he was in pain due to arthritis and had lost a lot of weight: “I didn’t want him to suffer and it was the right time.”