“Barrel Racing is of course a speed event, but it’s not the fastest horse that wins — it’s all about steps … I don’t need to train him to run, someone else did that! My main goal is to have a controllable, focused, and a correctly patterned horse at the Makeover.”

For 673 accepted trainers, the journey to the Retired Racehorse Project‘s 2019 Thoroughbred Makeover has begun! Over the training period, three of those trainers will blog their journeys, including their triumphs and their heartbreaks, successes and failures, for Horse Nation readers. Casey French discusses what it means to turn Alvie into a successful barrel racing horse. 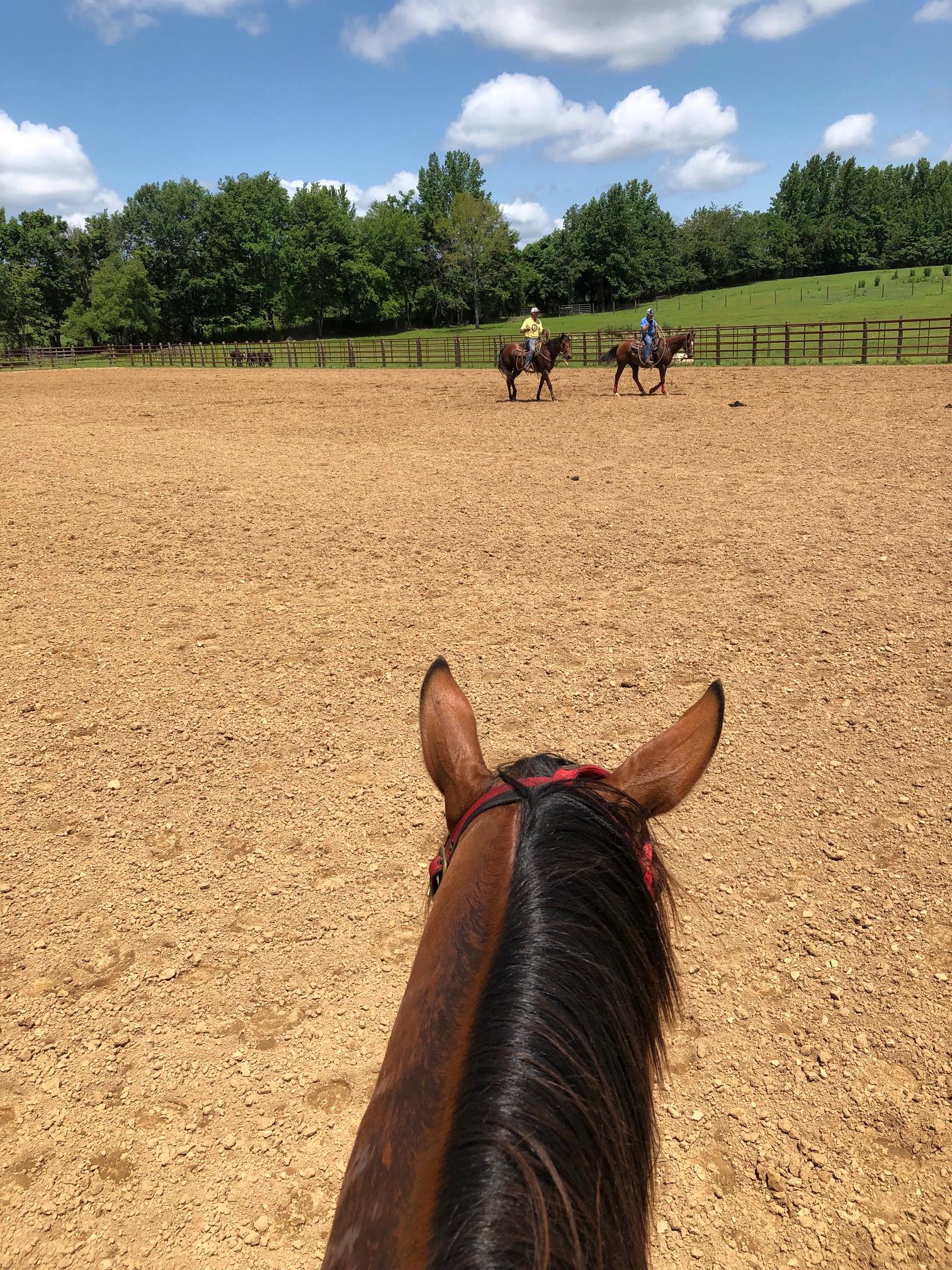 ‘Tis the season for abscesses and hoof plagues, it seems. We have battled quite a few recently and it’s cost us some valuable time. There are less than 100 days until the Makeover, so every day is extremely crucial at this point. Back in December, on our first ride, I remember thinking how this would be a breeze. Alvie really rode so well from the beginning. I assumed that we would be so much further along than we are now, but that was before I started to peel the onion, so to speak.

Alvie had a great foundation prior to him and I became a team, but it takes much more than just the basics to be a successful and competitive barrel racing horse. These horses need to move laterally not only at a working pace, but also at a high rate of speed. Add to that the collection, precision of steps, adequate spacing and positioning, along with impeccable timing on my part and training these guys (successfully) is quite the task!

When a new horse comes in, you really don’t really know what they know or don’t know until you start to ”peel the onion” layer by layer. Sometimes there are things that you just assume horses know, especially when they ride around well. It’s easy to trick yourself into thinking that you can just move on and keep building. However, what happens when you go that route is that in time there is a high probability that it will work against you. 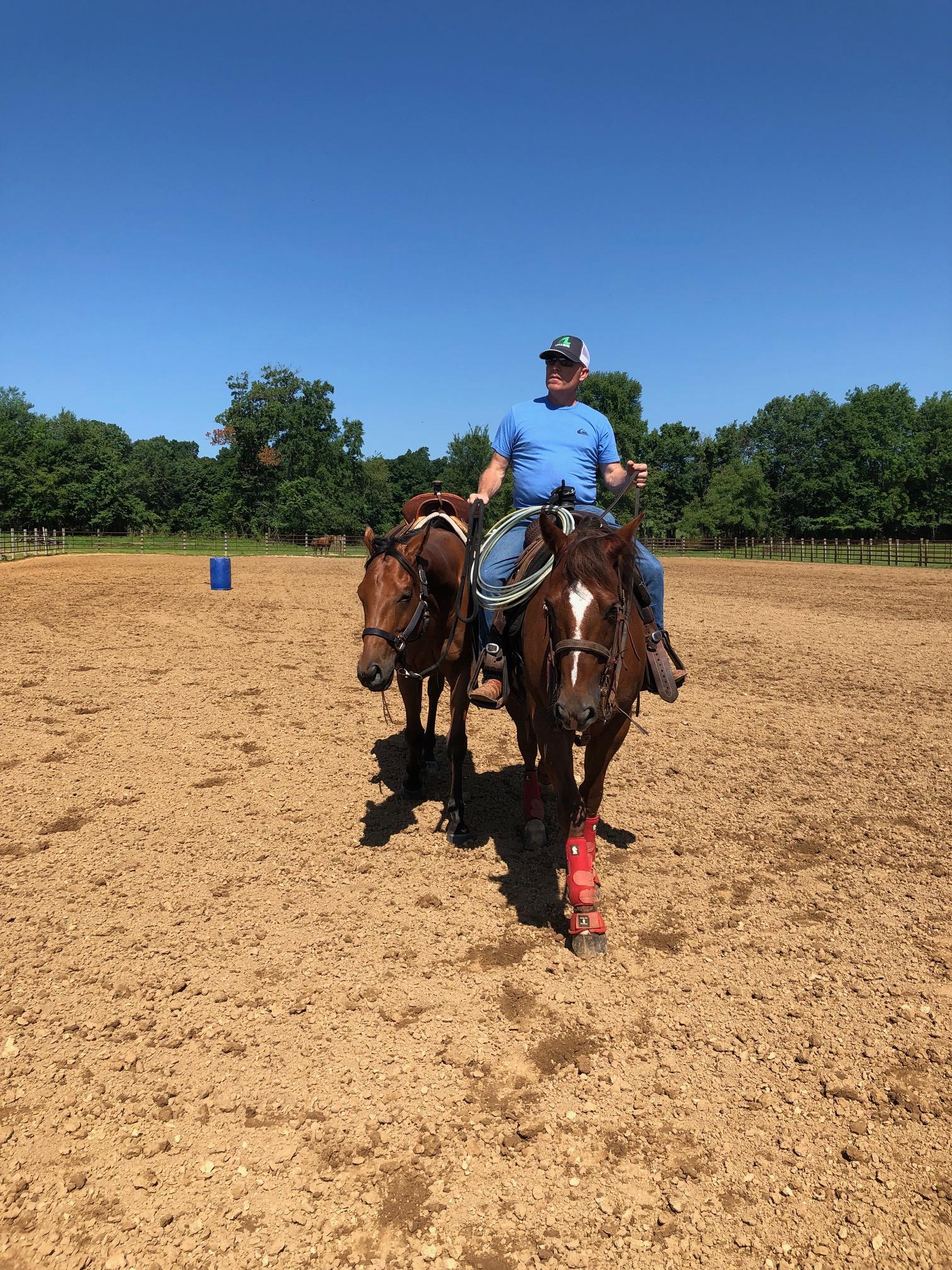 On the outside everything may look and seem well, but when you really dig deep you find where your seemingly solid horse is not so solid. Instead of preparing for continued non-stop progress, I’ve been preparing for the moments when and if it falls apart. There has to be something to go back to when that happens. If it doesn’t happen, you’ll know that you did your job right the first time.

Many times, I have found myself progressing only to regress. Lateral work has been the toughest thing for Alvie and me. He had a very strong opinion that no matter where you put the inside rein it meant he should turn or lean in, mostly at a lope. When asking others for advice, almost every trainer that I have reached out to said, “Have you got him doing everything you want him to do at the trot?” And, of course, I would think to myself, “NO. The answer is no. It’s pretty good, but not perfect.”

So, I went back again. Walk-trot transitions and lateral work — that’s all we did for many, many days! Finally I can say we have graduated to loping and we have lateral movement. YES!!!

Everyone asks me whether or not I am ready to enter him anywhere yet. My answer is always no! However, we are doing exhibitions at shows and working toward that. I still feel we are far away from that point, but we really have moved forward light years in the past few weeks. 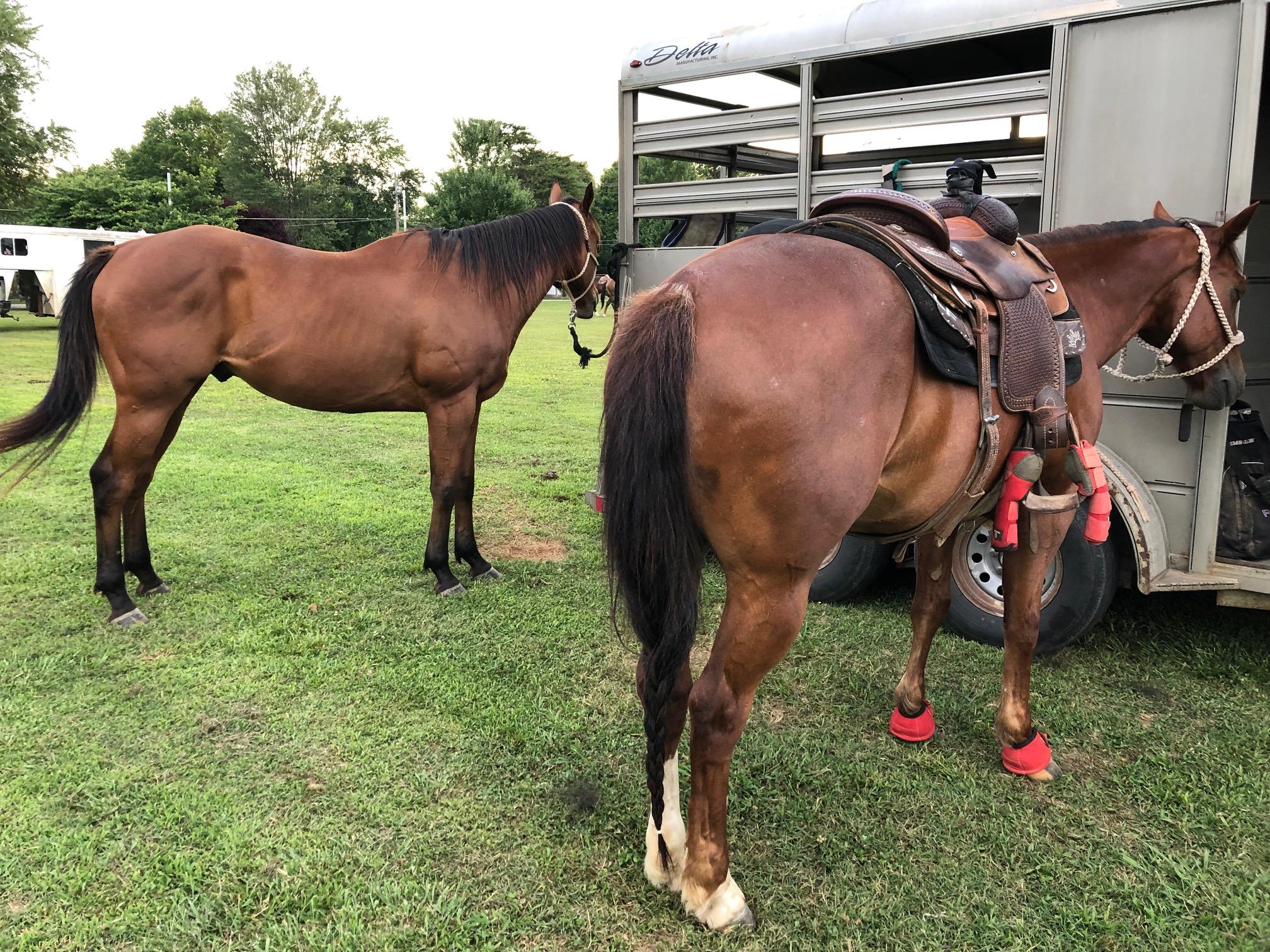 Barrel Racing is of course a speed event, but it’s not the fastest horse that wins. It’s all about steps — who takes the fewest and uses the arena in the most efficient manner. I don’t need to train him to run, someone else did that! My main goal is to have a controllable, focused, and a correctly patterned horse at the Makeover. To me that’s what makes a horse last, especially when the speed is applied. Horses must be able to listen to commands and think through that speed. That is everything I am working toward.

I work everyday not to have a “crazy barrel horse,” as they have been dubbed.  What that means to me is that our typical day is not based on turning three barrels at high rates of speed. Our days mainly consist of finding the holes, the kinks, the locked body parts and the spooks when we go to new places while building confidence and trust. It takes a long time to do these things. I don’t expect a 1D horse in less than a year’s time. Not to say it can’t happen, it can… but in my experiences, there are always consequences when you take the short cut to success. 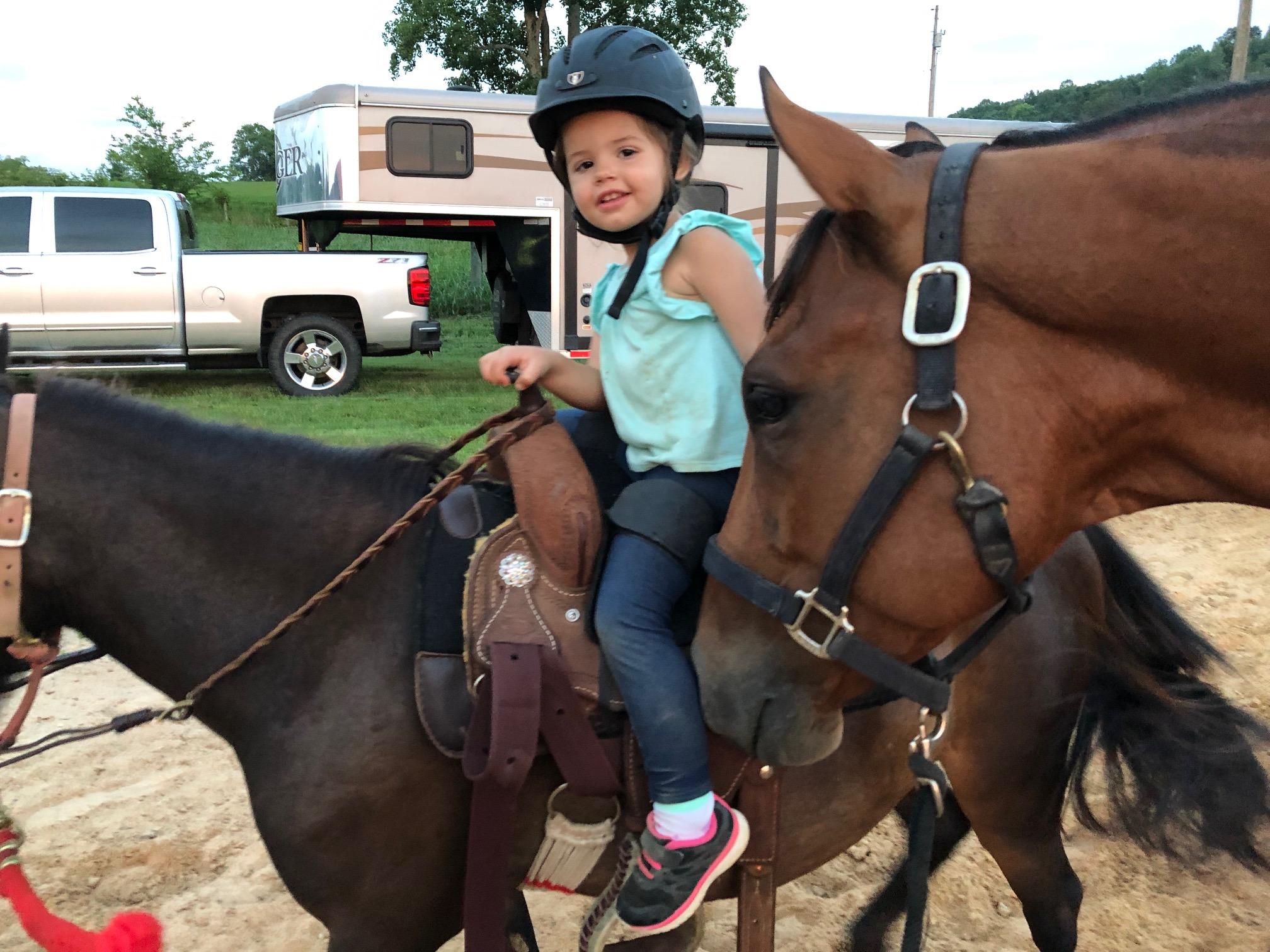 At first I thought the Makeover was about just Alvie and me, but I’ve come to realize that it’s so much more. It’s for every horseman out there who is looking for those diamonds in the rough. It’s for the countless other extremely talented and capable Thoroughbred racehorses out there, looking to have purpose in life and a great home after their careers are done!! So, if we are still trotting the pattern by Makeover time, so be it. It will be the most beautifully executed pattern at a trot of which he and I are capable. I promise him, myself and everyone watching his progress that they will all get my best. My best is doing each step as correctly as I can with the speed as an afterthought. I know the speed is there, that part was taken care of long before Alvie and I met. When we are ready, I know that we will easily find it again! 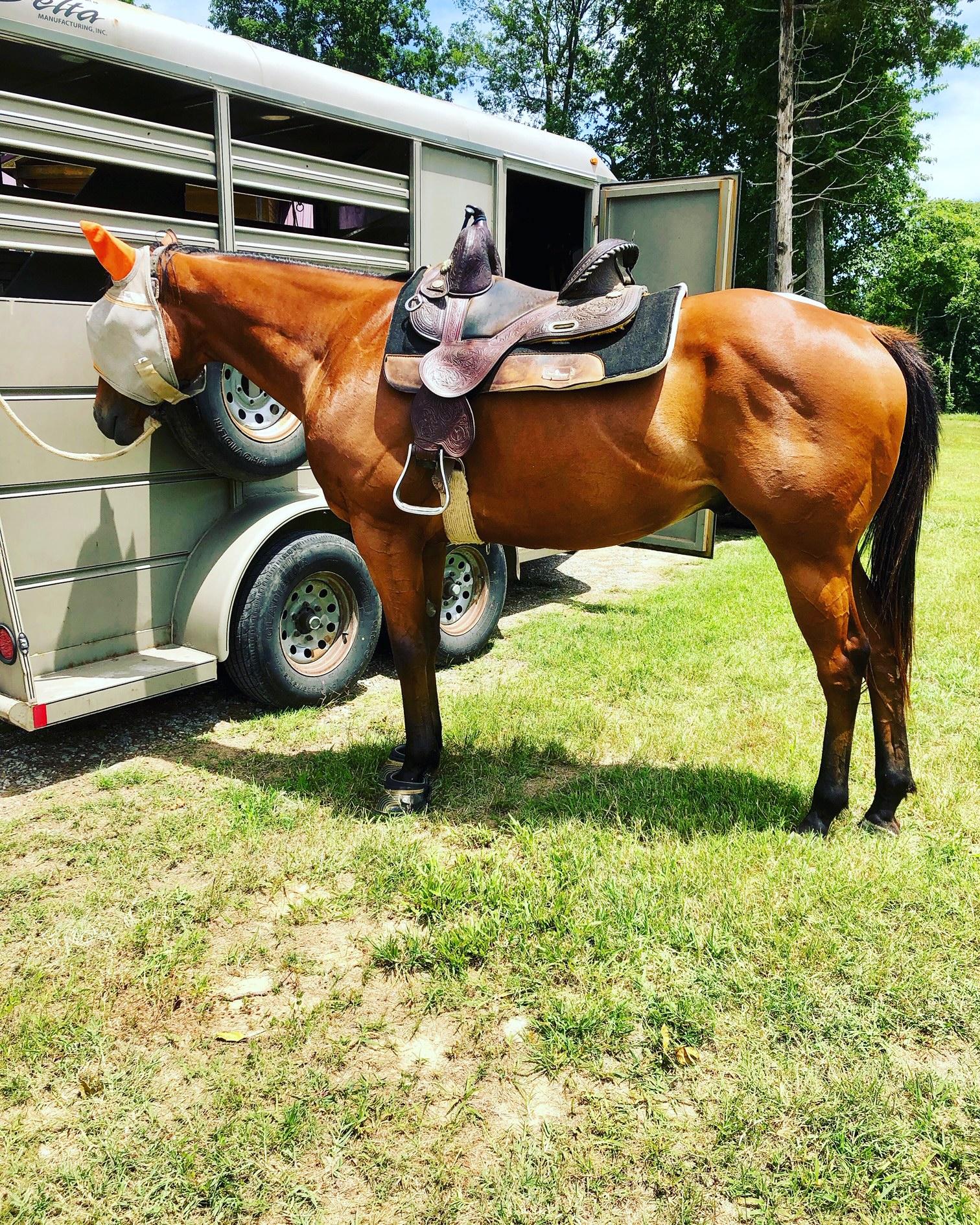