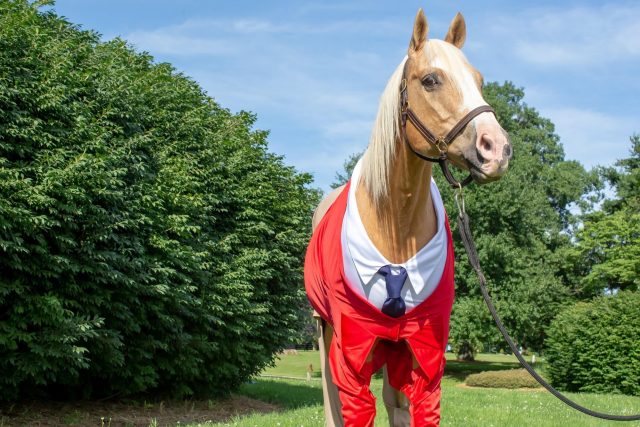 Yes, you read that right. Hank the horse is dressed as Mr. Rogers in honor of the beloved children’s show host and in order to encourage tourists to visit Lexington, KY. 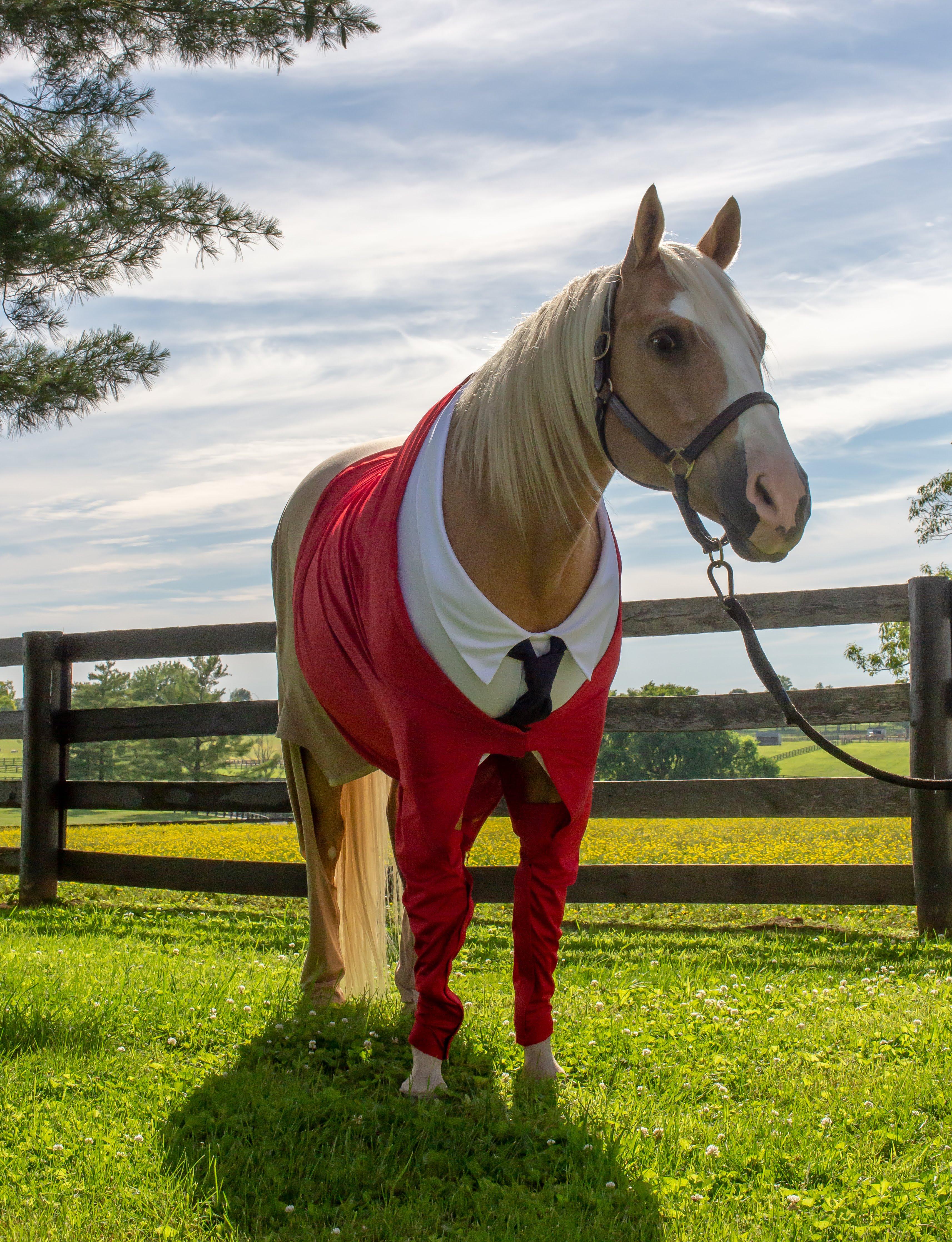 Here at Horse Nation, we’re always looking for ways to brighten our readers’ days. This week we can think of no better way to do that than by bringing you this: a horse dressed as Mr. Rogers. No, your eyes are not deceiving you. A horse is dressed as the beloved children’s show host and advocate, Fred Rogers.

In case anyone needs a reminder, Rogers was a musician, puppeteer, writer, producer, Presbyterian minister and — most notably — the creator, composer, producer, head writer, showrunner and host of the preschool television series “Mister Rogers’ Neighborhood.” The show ran for an impressive 33 years (from 1968 – 2001) and featured Rogers’s kind, neighborly persona — not to mention his trademark ties and cardigan sweaters.

The images of a horse dressed like the beloved icon, together with nostalgia that the mere thought of Rogers invokes, give us all the feels. There are so many things to love about this that it’s hard to know where to begin. 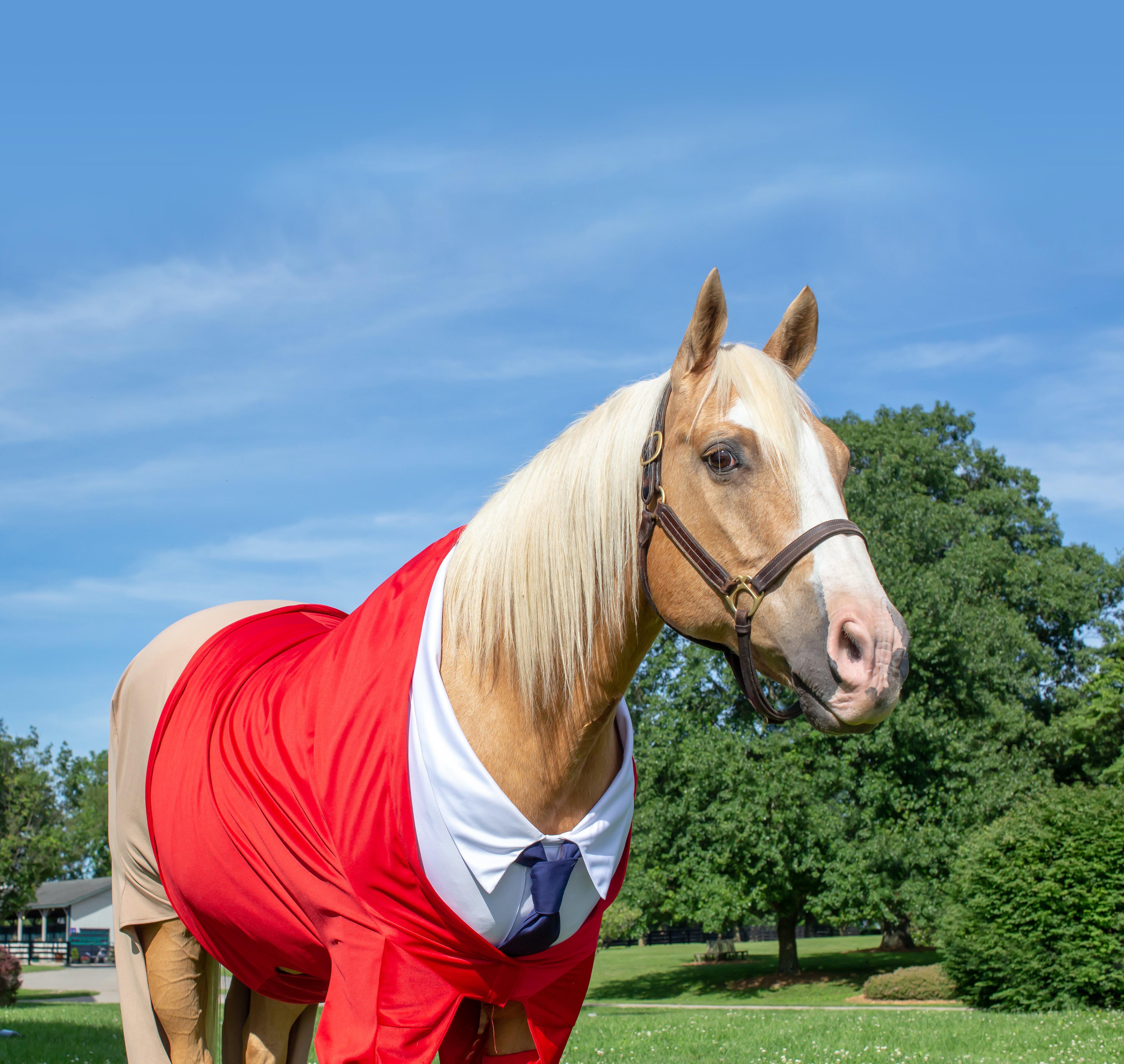 First, we appreciate that VisitLEX – a website to encourage tourists to visit Lexington, KY and guide their trips – was forward thinking enough to recognize how much many of us would enjoy the equine-related promotions for Lexington, KY in light of the upcoming movie about Mr. Rogers, “A Beautiful Day in the Neighborhood” (due to be released November 22, 2019). To be fair, VisitLEX does understand the passion for horses, since Lexington is the horse capital of the world.

Second, another shout-out to VisitLEX for not taking themselves or the ad too seriously. Not only is the horse dressed as Mr. Rogers, but also the ads are delightfully punny, with lines like, “It’s a beautiful day in the Neighhhborhood,” and, “Won’t you by my Neighhhbor?” Even if these tag lines are on par with the best/worst of the dad jokes out there, they still make us chuckle and we can appreciate them for what they are. 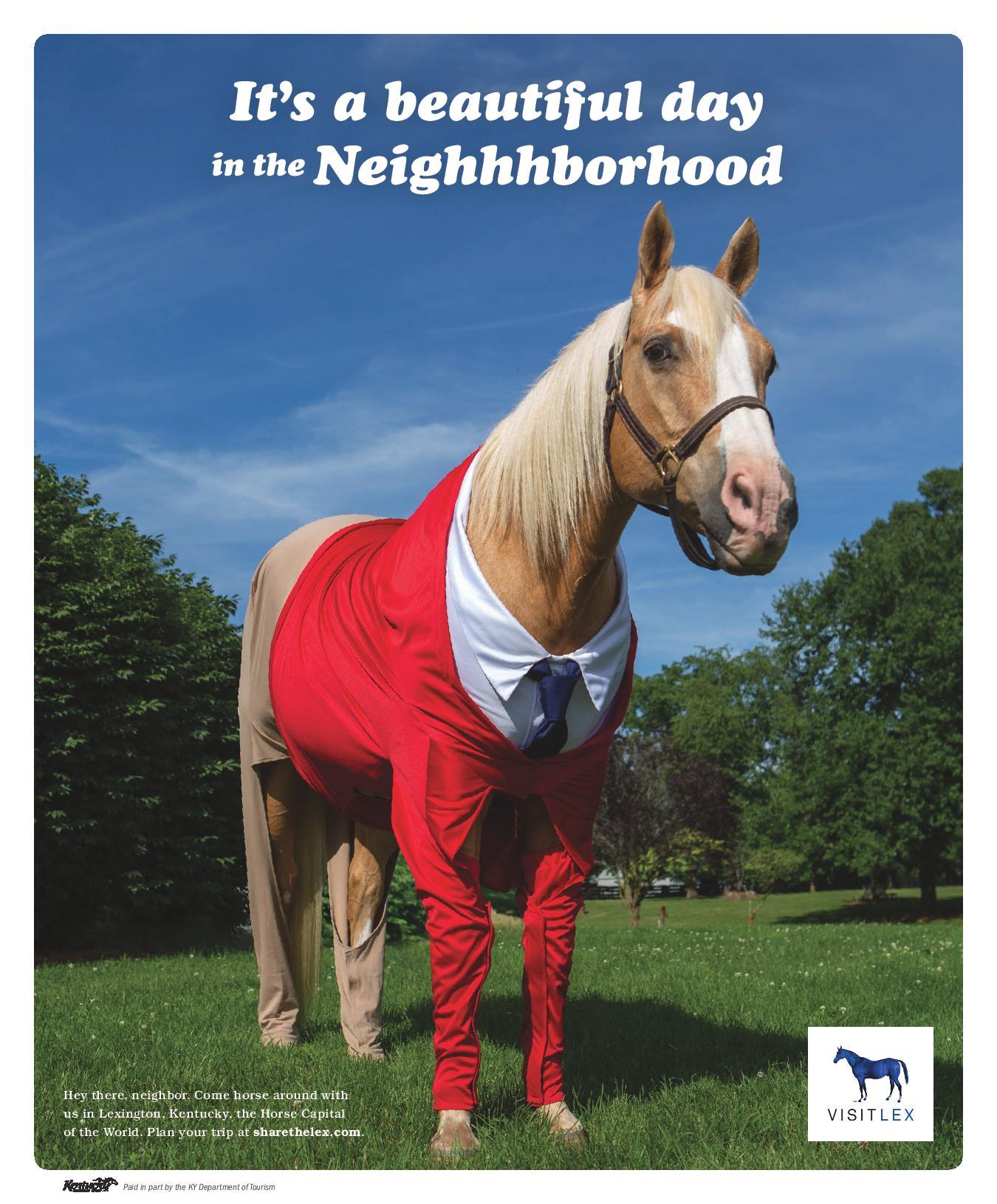 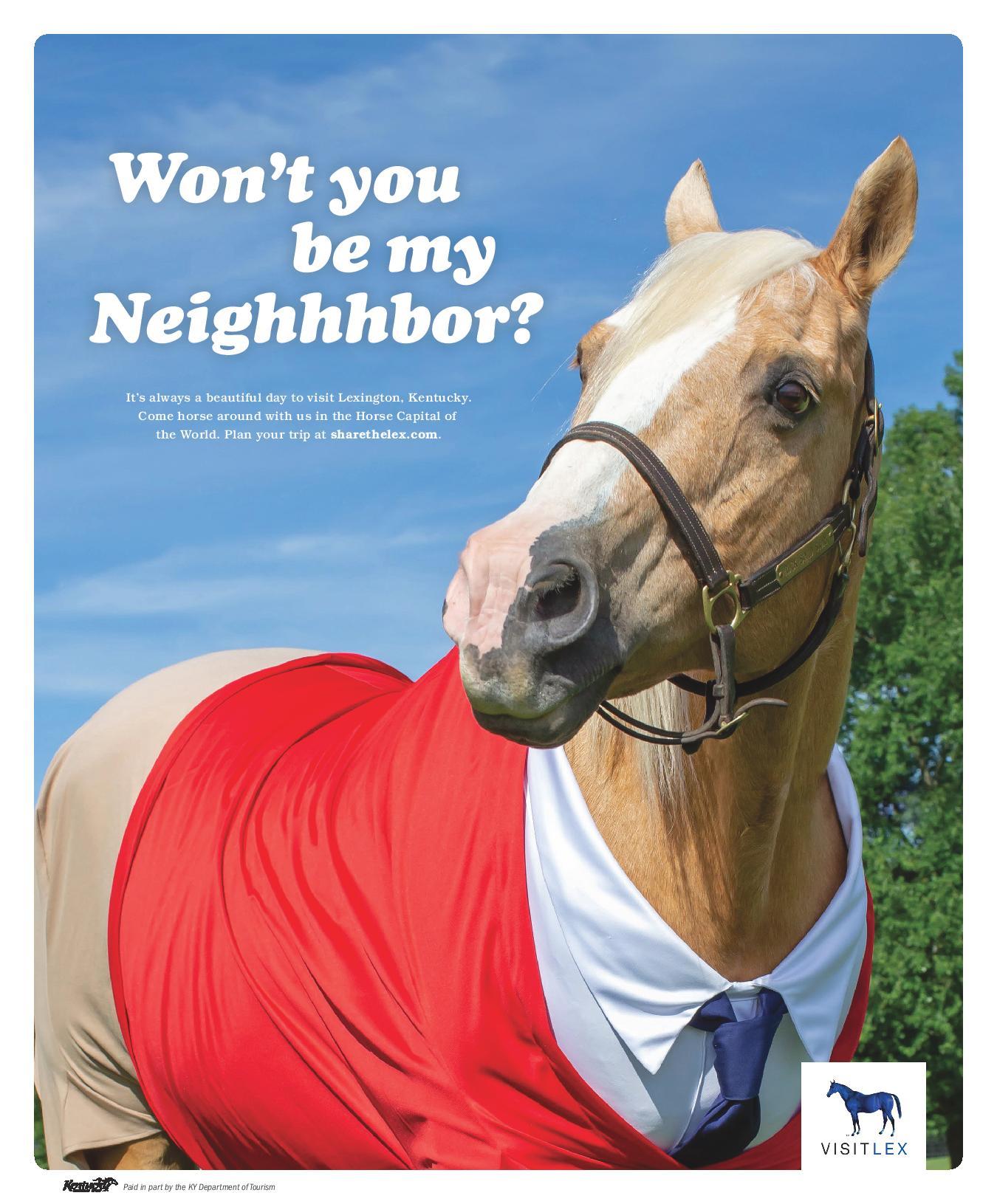 Another wonderful aspect of this promotion is that the palomino horse who was used for the ads is named Hank. The actor playing Rogers in the movie? None other than Tom Hanks. Whether this was pure coincidence or planned, we don’t care. A horse named Hank is dressed as Mr. Rogers, who will be played by Tom Hanks. This is amazing and should not be ignored.

Although Rogers was not from Lexington, the connection between the two is not that far of a reach. Rogers was known for his kindness and hospitality – so is Lexington. The connection does not stop there. Hank’s (the horse, that is) Mr. Rogers costume was created by Lexington-based award-winning fashion designer Soreyda Benedit Begley. Benedit Begley is an advocate for fair trade, women’s rights and sustainable development. She designs everything from gowns for special occasions to stage wardrobes – and, now, she has created a costume for Hank. 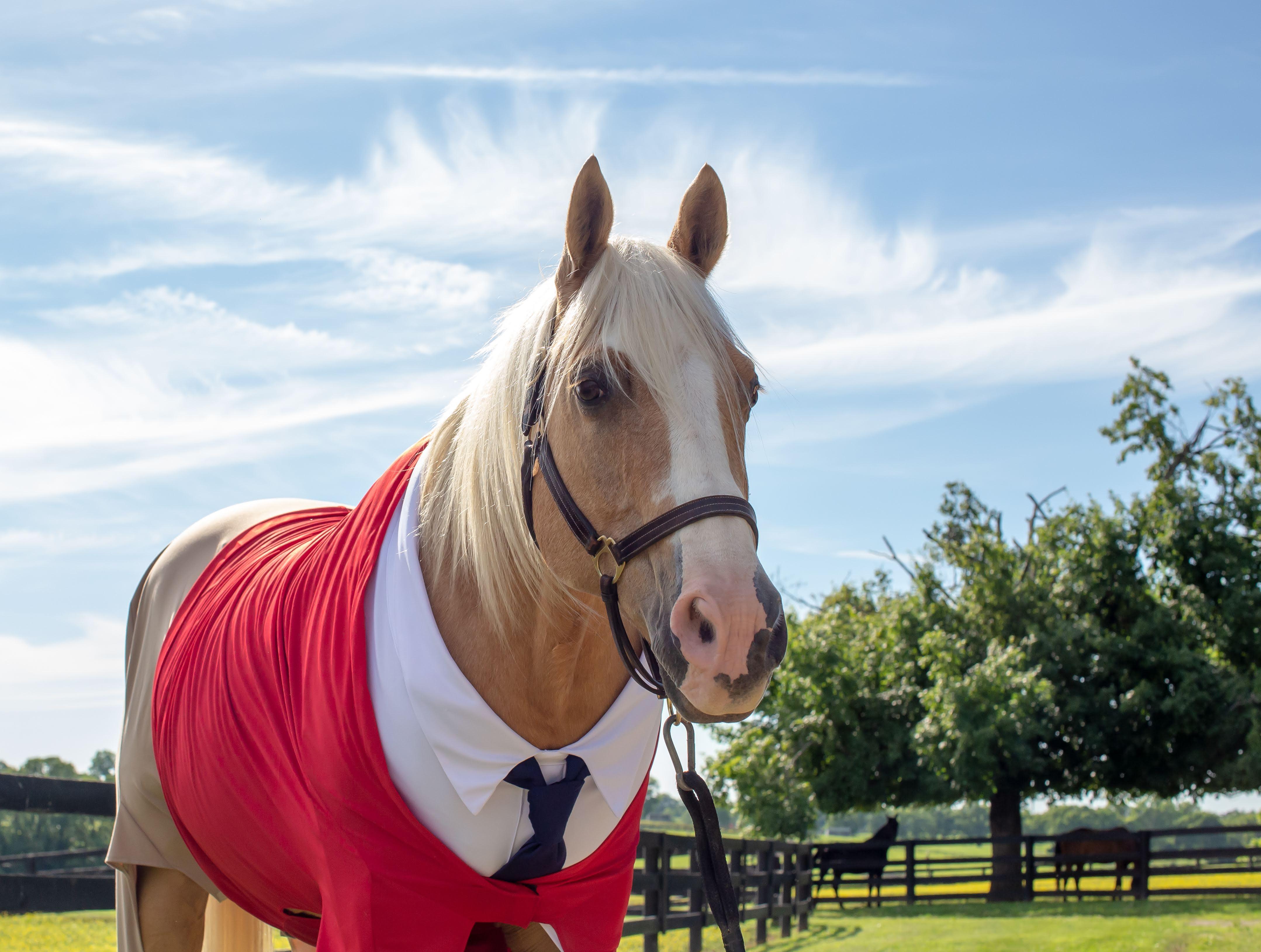 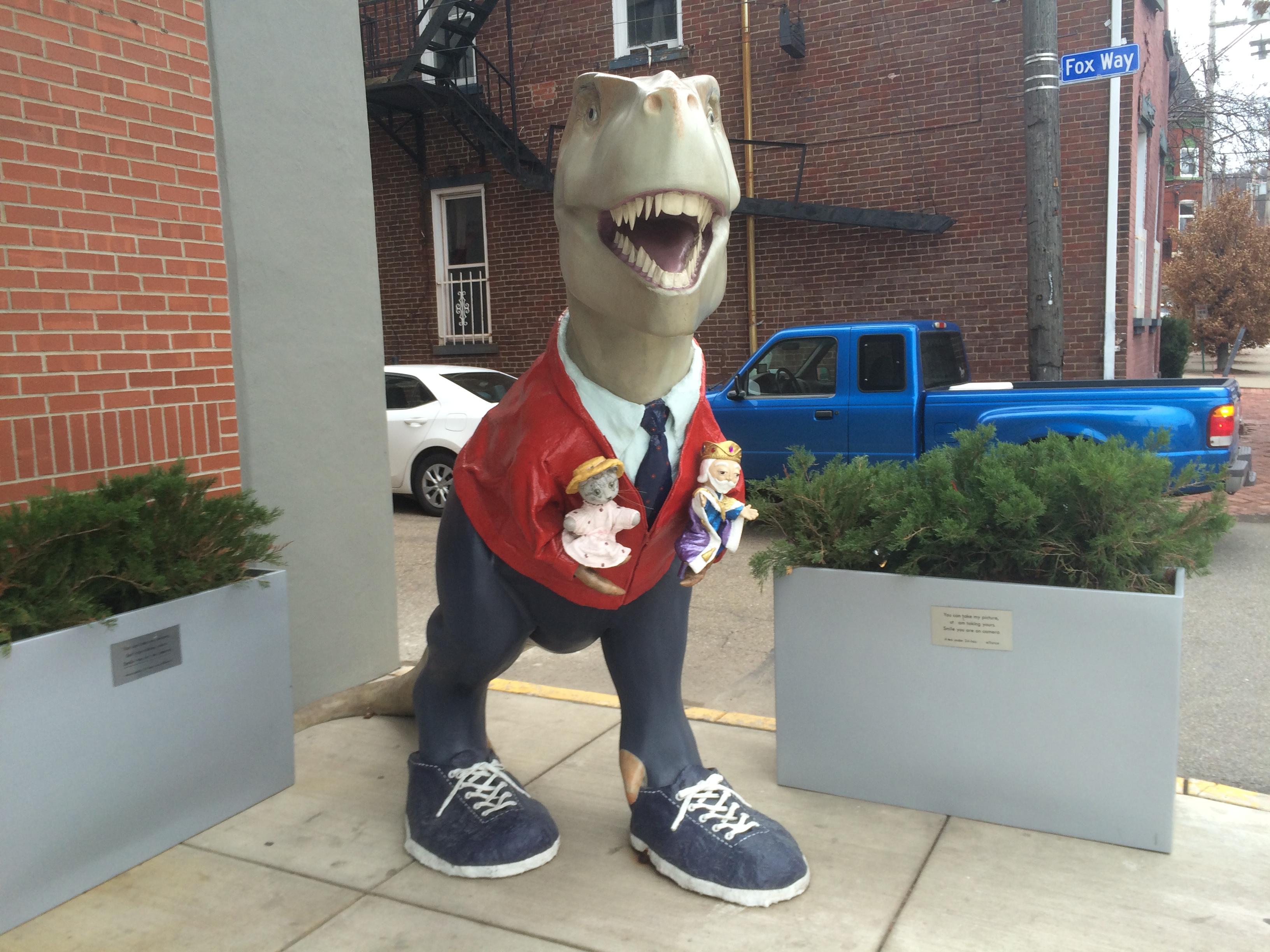 As you head into the rest of your day and week, remember the words of Mr. Rogers, “You’ve made this day a special day, by just your being you. There’s no person in the whole world like you; and I like you just the way you are.”