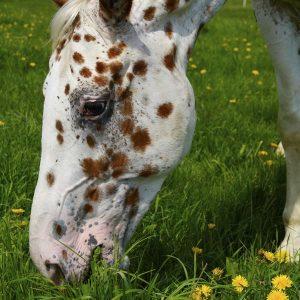 The uses for vitamin E continue to expand; take a look at how it can affect your horse’s immune, cardiovascular, circulatory, neuromuscular, and reproductive functions.

Vitamins are often clumped together as a single entity, and the contributions of individual ones are sometimes overlooked. In recent years, scientists have been taking a closer look at vitamin E. Though the nutrient was first discovered more than 80 years ago, the scientific community continues to find new uses for this much-heralded vitamin.

The vitamin E family is extensive. Eight compounds have been identified; they are categorized as either tocopherols or tocotrienols. Fresh forages and grains consumed by horses usually include the eight compounds in sufficient quantities to maintain health; supplements, however, typically contain just one, alpha-tocopherol. Alpha-tocopherol is the most familiar of the octet because of its abundance in the horse’s body.

Natural and synthetic alpha-tocopherol are not molecularly identical. Each molecule in natural vitamin E is alike, whereas synthetic vitamin E contains a mixture of eight molecules. Only one of these is identical to the natural form. The other seven do not exist in nature and thus are purely man-made.

Natural alpha-tocopherol is extracted from a byproduct of vegetable oil processing. One of the final steps of refining food-grade vegetable oil is deodorization, a process that strips the oil of undesirable flavors. The byproduct, called deodorizer distillate, is collected from soy oil, corn oil, and canola oil purification procedures. The amount of natural alpha-tocopherol harvested from distillates depends largely on the raw product.

Aside from structural differences, there is a disparity in the potency of natural and synthetic alpha-tocopherol. Natural forms of alpha-tocopherol have superior bioavailability, being more highly digestible and preferentially metabolized by horses. Moreover, natural alpha-tocopherol is retained in tissues for longer periods of time, creating a reservoir that allows it to be instantly available when horses need it most, namely in times of stress or during periods of confinement.

Vitamin E supplementation is of little value if the nutrient is not transferred efficiently from the gastrointestinal tract to the target organs. Most vitamin E supplements are powders or granules that are top-dressed onto grain meals. When issued in this way, the gastrointestinal tract must first break down the vitamin E before it can be absorbed and carried by the bloodstream to its final destination. Absorption can be accelerated if a water-soluble product is used.

Because of vitamin E’s influence on nearly all body processes, horses of all ages can benefit from supplementation, particularly if they do not have regular access to fresh pasture.

Vitamin E supplementation is essential for horses that are not allowed to graze. The vitamin E content of dried forages such as hay is severely diminished, with forages often losing 75% or more of their vitamin content upon harvesting and storing. Therefore, supplementation with vitamin E is most crucial during the winter when horses are fed diets almost exclusively composed of preserved forages. Inadequate fortification of textured feeds or the feeding of straight grains (oats, for example) may also contribute to vitamin E deprivation.

Supplementation may be indicated year-round for racehorses and show horses that are confined to stalls.

Vitamin E is an essential component to body-wide antioxidant defenses, with one of its most important duties being cell membrane maintenance. Cell membranes are composed largely of unsaturated lipids and are therefore vulnerable to assault by free radicals, compounds that can irreparably damage cell membranes.

As athletic effort increases, free radical production flourishes and natural stores of antioxidants have difficulty providing sufficient protection against the flood of free radicals generated. Supplementation is therefore necessary to help ward off the ill effects of mass-produced free radicals associated with intense exercise. Horses with an inadequate reserve of vitamin E may experience muscle soreness or stiffness during an exercise bout and prolonged recovery following strenuous work.

Recent research has lauded the use of vitamin E on breeding farms. Mares supplemented with vitamin E have shown increased passive transfer of antibodies to foals, which ensures the strength of the neonatal immune system. Failure of passive transfer leaves foals susceptible to septicemia and bacterial infections. In a study conducted at the University of Connecticut, researchers found that mares supplemented with vitamin E had higher antibody concentrations in blood and colostrum than control mares. The concentrations of foals reflected those of their dams, with foals from supplemented mares having increased levels of antibodies.

There is also increasing evidence that vitamin E supplementation may increase fertility in mares. Due to modern management practices, including winter breeding dates, mares may not be receiving adequate vitamin E nutrition through rations composed solely of hay and grain. Supplementation will increase circulating levels of vitamin E and may positively affect fertility.

In addition, in some areas of the United States vitamin E is customarily given to all newborn foals to stave off white muscle disease, a serious malady caused by deficiencies of vitamin E and/or selenium. 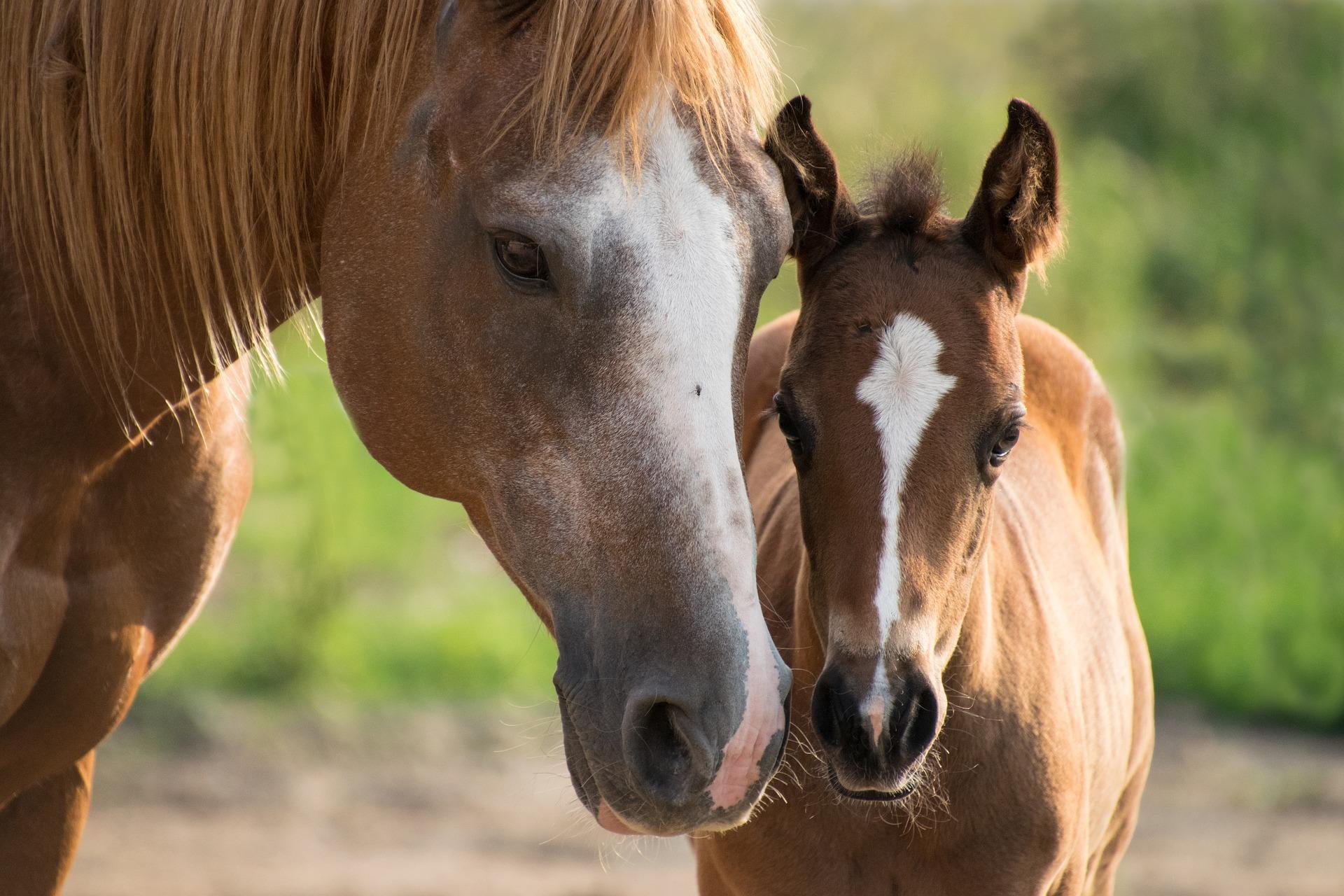 Horses with neurological and muscular disease

Over the past several years, researchers have been studying the effectiveness of megadoses of vitamin E in the prevention and treatment of neurological diseases such as equine degenerative myeloencephalopathy (EDM), equine motor neuron disease (EMND), and equine protozoal myeloencephalitis (EPM).

EDM affects the brain stem and spinal cord. The disease occurs principally in young horses, and the primary sign is progressive ataxia or incoordination. Researchers have determined that EDM is not a congenital disease, though a horse may have a genetic predisposition to it.

Scientists linked vitamin E deficiency with EDM more than a decade ago. Of particular interest is research conducted at the University of Florida, where scientists worked with EDM-affected get of two Standardbred stallions. The mares bred to these stallions and the resulting foals were given 1,500 IU of vitamin E per day. A year after supplementation began, only 10% of the foals were affected. Further offspring of the stallion were not diseased.

Cornell University first identified EMND. Although the cause of the syndrome is unknown, a commonality among affected horses is reduced exposure to green grass for more than a year and availability of poor-quality hay during that time. Dramatic clinical improvement was documented in horses that were allowed unrestricted access to lush pasture and vitamin E supplementation. Vitamin E is often prescribed for horses with equine protozoal myeloencephalitis (EPM), to be used concomitantly with antiprotozoal medications. It’s not unusual, for instance, for horses to be supplemented with up to 8,000 IU of vitamin E per day during convalescence.

Ask your vet about FootWise™. 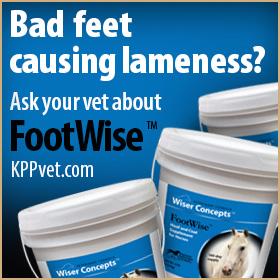