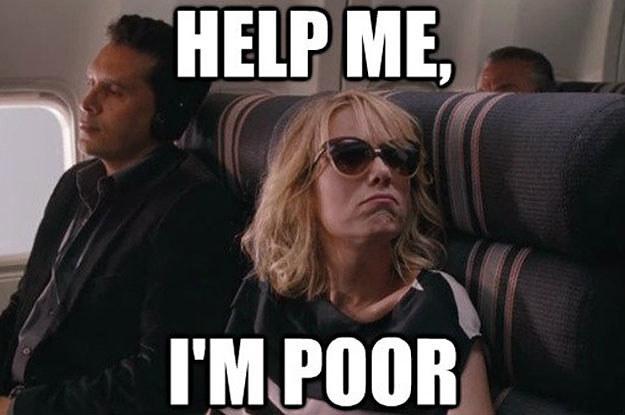 Your head hurts, your body aches, your eyes are gritty, and you generally feel like you’ve been run over by a truck. Are you coming down with something? Nope. It’s just another horse show hangover.

It’s Monday. You feel it. You’re tired, you hurt, and there isn’t enough caffeine within a ten mile radius to make you feel perky and with it. Whether you’re a competitive equestrian or a casual one who enjoys the occasional fun show at the local saddle club, you’ve felt it. We all have. It’s the horse show hangover.

How do you know you have a horse show hangover? Here are 10 sure-fire symptoms:

1. Everything hurts. Every. Single. Part. Of. Your. Body. All of it. You have shin splints from running back and forth between the trailer or stall to wherever in your boots. Your thighs, calves, arms, and abs hurt. That’s normal, but even those muscles on the tops of your shoulders, the ones that join your shoulders to your neck (your trapezius muscles) hurt. Why do they hurt? You’re pretty sure that your shoulders were relaxed and back, but those muscles say otherwise. Your eyeballs hurt. The wind, grit, and hay have taken their toll. No amount of Visine is going to fix this.

2. The bags under your eyes go on for days. Speaking of eyes, they’re dark, they’re purple, they’re puffy. Sunglasses cover them, but what do you do when you have to go inside? Make up might mask the color (and only if you have professional grade concealer and you’re really good at applying it), but it certainly won’t alleviate the puffiness. Extra strength hemorrhoid cream might help with that, but you’re so exhausted that the chances of getting it in your eyes are pretty high, so you weigh the costs and benefits of attempting it.

3. Your skin is angry and raw. You’re sunburnt, wind-burnt, chafed, or some combination of the three. If it was a nice day and the show was outside, you’re definitely sunburnt. No matter how much sunblock you remembered to apply, you still managed to miss a spot. Whether it’s a slim line along your collar, that area of your wrists that manages to poke out, or your bottom lip, something is sunburnt… badly. You feel it, you regret it, and you’ve managed to reinforce the ever-attractive equestrian tan. Even if the sun wasn’t shining, you’ve rubbed something raw and/or the wind has assaulted you in ways you couldn’t have imagined.

4. There’s hay and/or shavings in … numerous places. You’ve showered, you’ve changed your clothes (at least twice), but it doesn’t matter. You still find remnants from the weekend nestled in your hair, on your floor, and – somehow – in your fresh pair of clothes.

5. You replay your rides. Repeatedly. This may be a mental replay, but in the era of the ubiquitous smart phone, it’s probably an actual replay. You look at the moments that make you cringe; you look at them and think , “How did I even get there? Why are my hands up at my chest? What’s that face I am making?” Of course you screenshot those moments and send them to your friends so they can speculate about what was actually going on in that moment.

6. Relating to people who weren’t there is … hard. Whether this happens on the night of your return or the following morning, it doesn’t matter. The struggle is real. You see your partner, roommate, coworkers, or whomever, and they want to talk to you about their weekends and what they did in the time since they last saw you (even if it was earlier that day). You appreciate their efforts and recognize that you should be polite and actively listen to what they have to say. But, you can’t. At all. You’re still thinking about your rides, your sore body, and your fatigue. That’s all you can do. That’s it. There’s no space for anything else.

7. Your house is a disaster. Clearly, you left for the weekend or day without considering the penance you would have to pay upon your return. Whether this disaster is of your own making or that of those with whom you live, it doesn’t matter. Inexplicably, a hurricane struck only the inside of your house, leaving debris of all manner in its wake. When you first got home, you may have been able to walk past it in your exhausted state, but in the bleak light of Monday morning, there it sits. Staring at you. Waiting for you to tackle it.

8. You think you need a full body cleanse. You spent the day or weekend meticulously monitoring your horse’s intake. You made sure he was getting enough water, hay, and grain to come away from the show no worse for the wear. You may have added a few extra calories or electrolytes to make up for the added demands of the show. Meanwhile, you were too nervous or busy to eat in the morning and probably weren’t able to do so until later in the day. Then you wolfed down whatever wonderful, greasy, stomach-churning concoction was nearby when your hunger finally overcame you. You also managed to guzzle down some caffeine-rich beverages to keep you going throughout the rest of the day. It was so good at the time, but now you regret it… a lot. It’s salads and water for the foreseeable future (at least that’s what you tell yourself).

9. Your cupboards are bare.
Old Mother Hubbard
Went to the cupboard,
To give the poor dog a bone;
But when she got there
The cupboard was bare,
And so the poor dog had none.
What this nursery rhyme neglects to mention is that Old Mother Hubbard was actually an equestrian who has just returned from a horse show. Her cupboards are bare because she focused on getting her horses ready for the weekend and still has to go to the grocery store.

10. You’re broke. You budgeted for the show – or at least you thought you did. But between the horse show food and tack vendors and the unexpected expenses that pop up, your bank account looks like it’s playing a killer round of golf.

Wondering how to cure your horse show hangover? We’ve got an article for that! Take a look these 5 Steps to Cure the Horse Show Hangover.