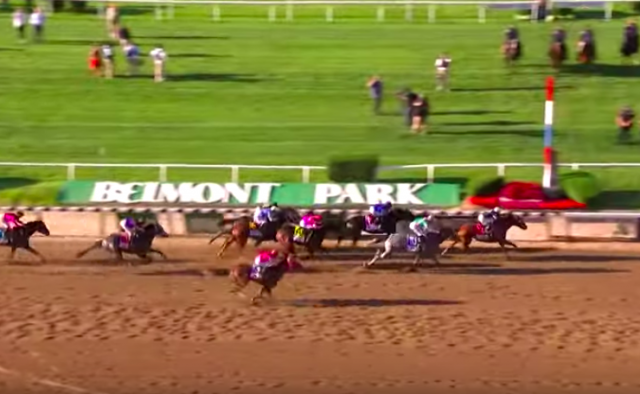 June 12, 2019DeAnn SloanDeAnn Long SloanPerformance of the WeekLeave a comment

Sir Winston gets the win in the final leg of a crazy and unpredictable Triple Crown series.

Even though no one was vying for a Triple Crown title in this year’s Belmont Stakes, winning the race is still an impressive feat for three-year-old Thoroughbreds and their jockeys. The track at Belmont Park is not only longer than either the Kentucky Derby or the Preakness Stakes (by at least two furlongs), but also it is the longes dirt track in the United States. Therefore, it rightfully has earned the reputation of the most challenging test for young thoroughbreds of the three races that make up the Triple Crown series.

So, this week’s performance of the week goes to Sir Winston and his jockey, Joel Rosario, who won the race in 2 minutes and 28.30 seconds. Despite a 10-1 long-shot and being in 8th place at the half-mile, Sir Winston rallied in the final turn for the win.

Sir Winston’s victory gave trainer Mark Casse his second win of this Triple Crown season since his other cold, War of Will, took the Preakness Stakes.