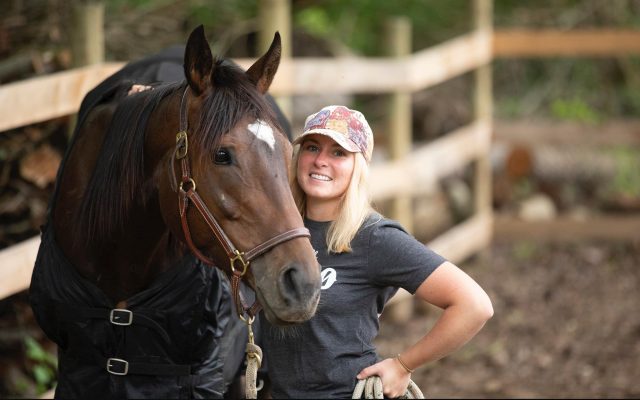 We’ve all been there. Sweaty palmed, weak kneed, and feeling sick: it’s the first show on a new horse jitters.

For 673 accepted trainers, the journey to the Retired Racehorse Project‘s 2019 Thoroughbred Makeover has begun! Over the training period, three of those trainers will blog their journeys, including their triumphs and their heartbreaks, successes and failures, for Horse Nation readers. Marcella Gruchalak deals with the first show jitters in this week’s blog. 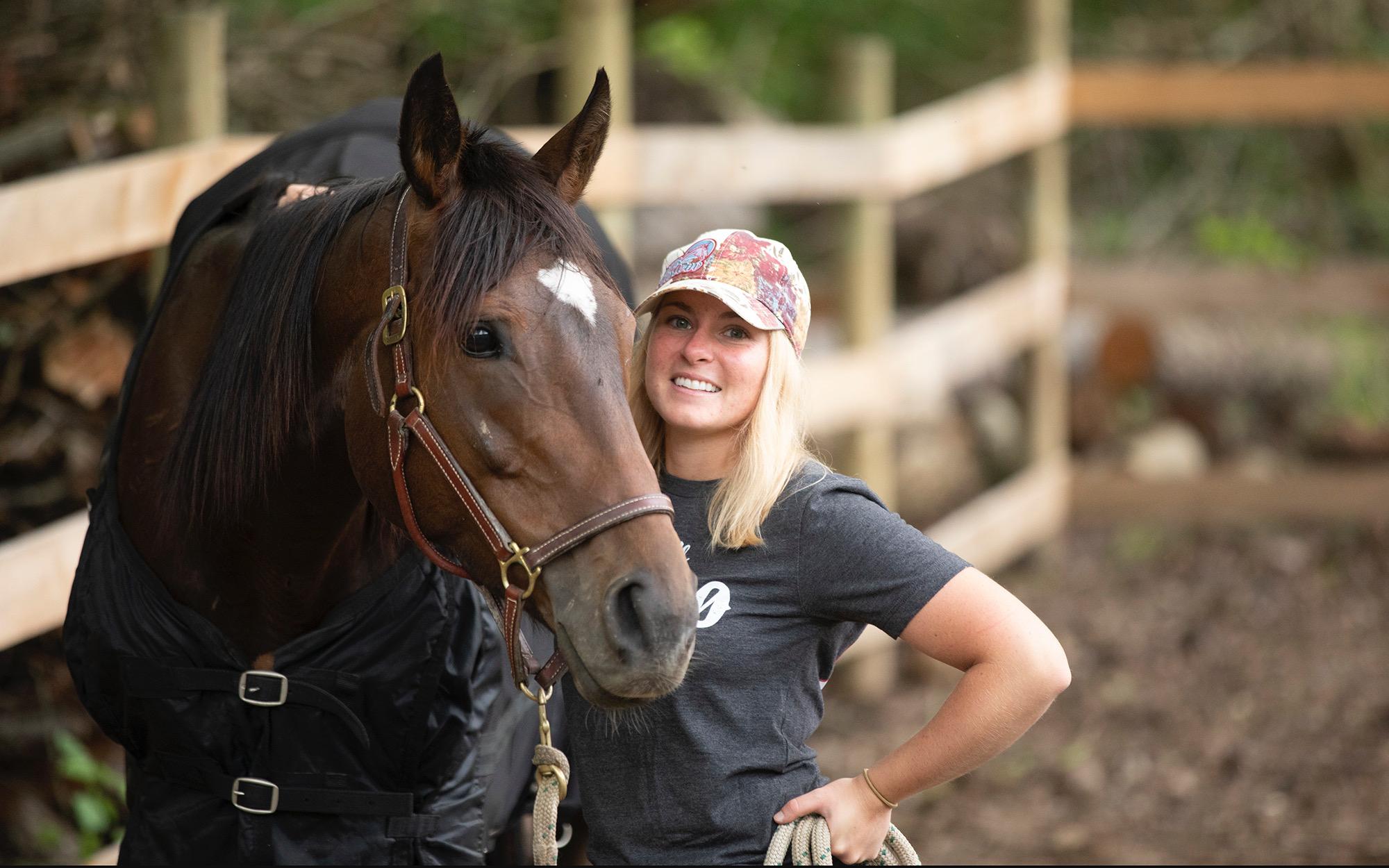 Each horsewoman and horseman has encountered this feeling, the one that has me wondering if I’m going to vomit and if I’ll even be able to eat anything for the rest of the weekend. Eminem describes it best in his song “Lose Yourself” when he states, “His palms are sweaty, knees weak, arms are heavy…He’s nervous, but on the surface he looks calm and ready.” It’s a feeling I like to call the first show jitters.

The first show jitters have me regretting hooking up the trailer, loading my horse, and spending the gas money to drive to the show grounds. I tell myself a million times during the drive, “She’s not ready.” My anxiety is at its peak and all I can think about is what if. What if she sets back while tied at the trailer? What if something happens and I can’t correct her safely because of the large amount of horses in an area? What if she doesn’t tolerate the warm-up pen? What will other people think of us? What if she really isn’t mentally ready and I set us back?

And then, in what feels like a blink of my eyes, I arrive at the show grounds and expeditiously rip off the mental band aid. There’s no turning back. My goals for the day are realistic – for both of us to go home sound and that we don’t make any horse or rider lame.

Most of the day I was a hot mess. I completely forgot how to ride. What are legs? How do I use those? I walked around uneasy, not even remembering how to pronounce my name, but NESSI WAS PHENOMENAL! She was more prepared for her first show than I was. She not only met my modest expectations, but also surpassed them. She acted as if tying to a trailer and going into a barrel pen were situations she had dealt with regularly.

When I first started tying Nessi to the trailer at home, she would rear and set back and practically climb the trailer. Over the last month, she’s become more relaxed at the trailer, but I was nervous that with all the stimulation around her at the show she would revert back to what she once thought was acceptable behavior. That was not the case. She stood at the trailer all day, under the shade of the trees, and munched on hay.

Nessi eating in a stressful environment is a win for the day in itself. When I first brought Nessi home, she wouldn’t even eat in a familiar setting. She was so anxious and uneasy that eating was a large obstacle for her. Seeing her at her first show, I would never have guessed she had an issue with ulcers and her eating habits. She ate Purina Outlast while we were there mid-day and continuously consumed hay from her hay bag. 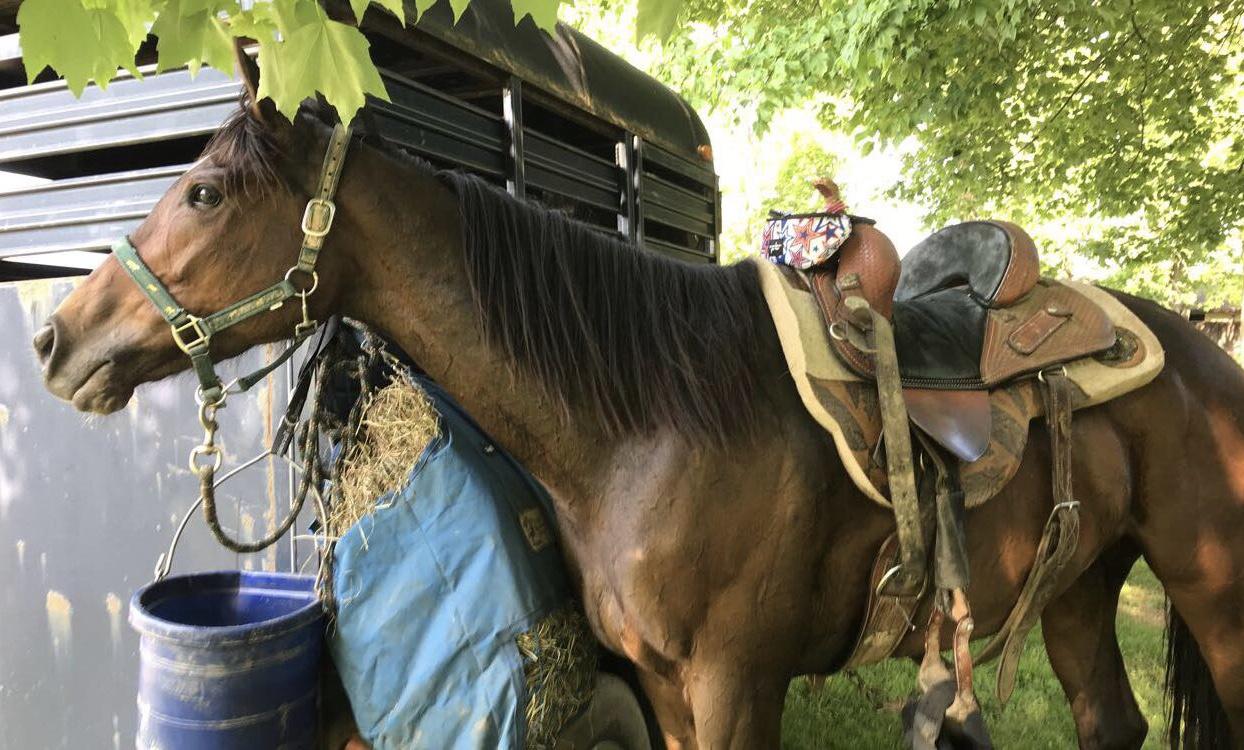 While she calmly and steadily ingested her food, I continuously worried about situations where I couldn’t maneuver her safely. I worried that I wouldn’t be able to maneuver her because of her lack of defined cues. Nessi was so well behaved that she didn’t even attempt any funny business for me to have to react and correct her.

I thought Nessi had a 100 percent chance of having a meltdown in the warm-up pen. In one of Nessi and my first lessons, my trainer was on one of her horses. Every time she would come anywhere near Nessi, Nessi would pin her ears and start turning her hind end, putting herself in the perfect position to kick the other horse. Today, Nessi rode around, happy to work. Horses were bumping into her left and right and she kept her attention on me and what I was asking of her.

Everywhere I looked, I saw Quarter Horses of every size and color. I can count on one hand how many Thoroughbreds I could pick out of the mix. I was worried what other people’s opinions would be about Nessi if she overreacted to the show atmosphere. I didn’t want to reinforce the negative stereotype that Thoroughbreds are reactive or nervous. Again, to my surprise, Nessi did not disappoint me. Her calm and collected demeanor had people commenting. A couple strangers approached me to express how impressed they were with her behavior and her breed…Proud mamma moment!

Needless to say, Nessi was ready for the stress of her first show. My once anxious, overly stimulated horse is now a calmer, healthier, hardworking partner. While she handled the stress and her surroundings well, she also indicated to me what she was lacking. All of our areas for improvement are riding education and cue refinement particulars. With that being said, Nessi’s navigation of the pattern was impressive for a horse that’s only seen a barrel twice and who has only been ridden approximately fifteen to twenty times. It’s now time for me to roll up my sleeves, buckle down, and educate Nessi.

Anything could have happened at Nessi’s first show but at the end of the day I realized that my first show jitters were unnecessary. My sweaty palms and anxiety were uncalled for. These feelings consumed me for most of my day, denying me a clear mind to really focus on properly warming-up and riding Nessi. By the end of the day we walked out with the same mentality Eminem finishes his song with: “You can do anything you set your mind to.” 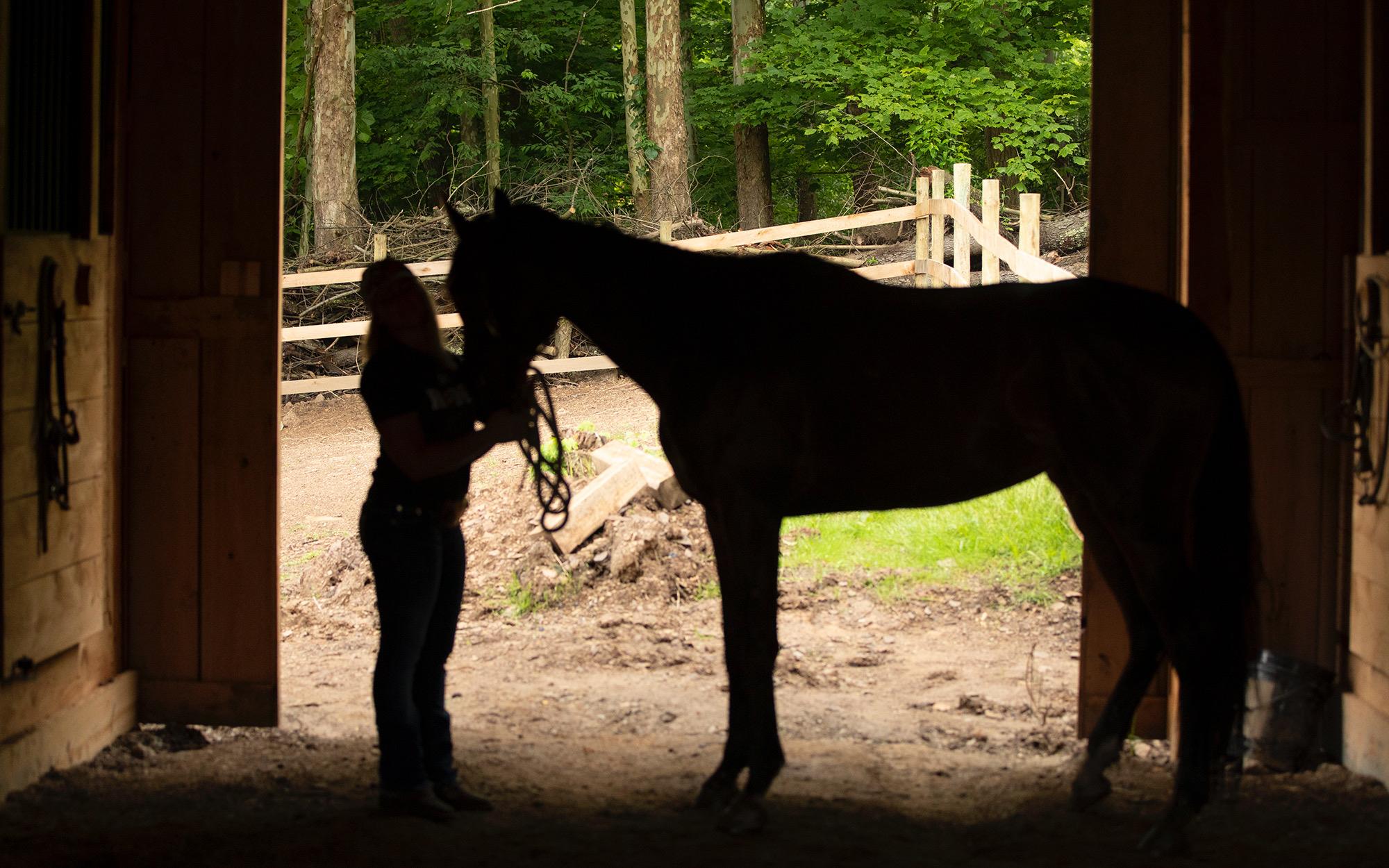