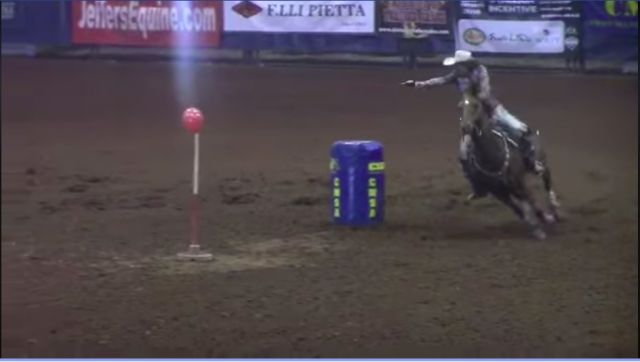 Kenda Lenseigne and Sparky laid down an awesome run at the Mid-Central Regional Championships — watch the run here!

As the only woman to ever win the Overall at CMSA’s World Championship, Kenda Lenseigne is mounted shooting royalty. She’s nabbed the title not just once, but three more times and holds multiple National Championship titles. Her smooth and blazing-fast rides atop her gritty mares are enough to make our jaws drop.

Over the weekend, she and her mare Sparky took a place in the top five at the Mid-Central Regional Championships in Guthrie, OK. Such consistent results can only be contributed to stages like this one, which earned her an overall stage win: