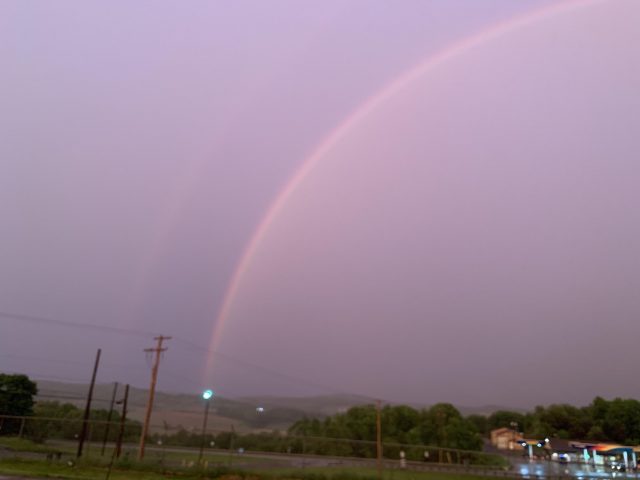 Why do these things always happen while you’re hauling a trailer?

Why is it that you only hit a deer when you’re hauling a horse trailer?

This was the question my friend posed to me at about 6:30 on a Saturday morning while we were pulled off on the side of the road, examining her truck for damage and peering into the woods, searching in vain for any sign of the deer that had run off, favoring its right hind leg. My friend’s truck and trailer, with her precious hay-munching cargo aboard, was as far off the road as the brush would allow in this particular stretch of Amish country, and my truck and trailer – hazard lights blinking starkly and rhythmically – were close behind.

The day had started off quite well. I had woken up at 3:30 am, right on time, and was out of the house by 4. The horse was loaded, her stall was cleaned, and I was pulling away from the barn by 5:00 am. Thanks to a late evening training session the day before, my mare hadn’t even engaged in the usual discussion about why loading into the trailer is necessary. At 6, my friend and I arrived at our pre-arranged meeting site within a half a minute of each other. I still had hot coffee in my mug and, despite feeling a little grainy eyed from the early departure, we were on schedule and everything was going well. 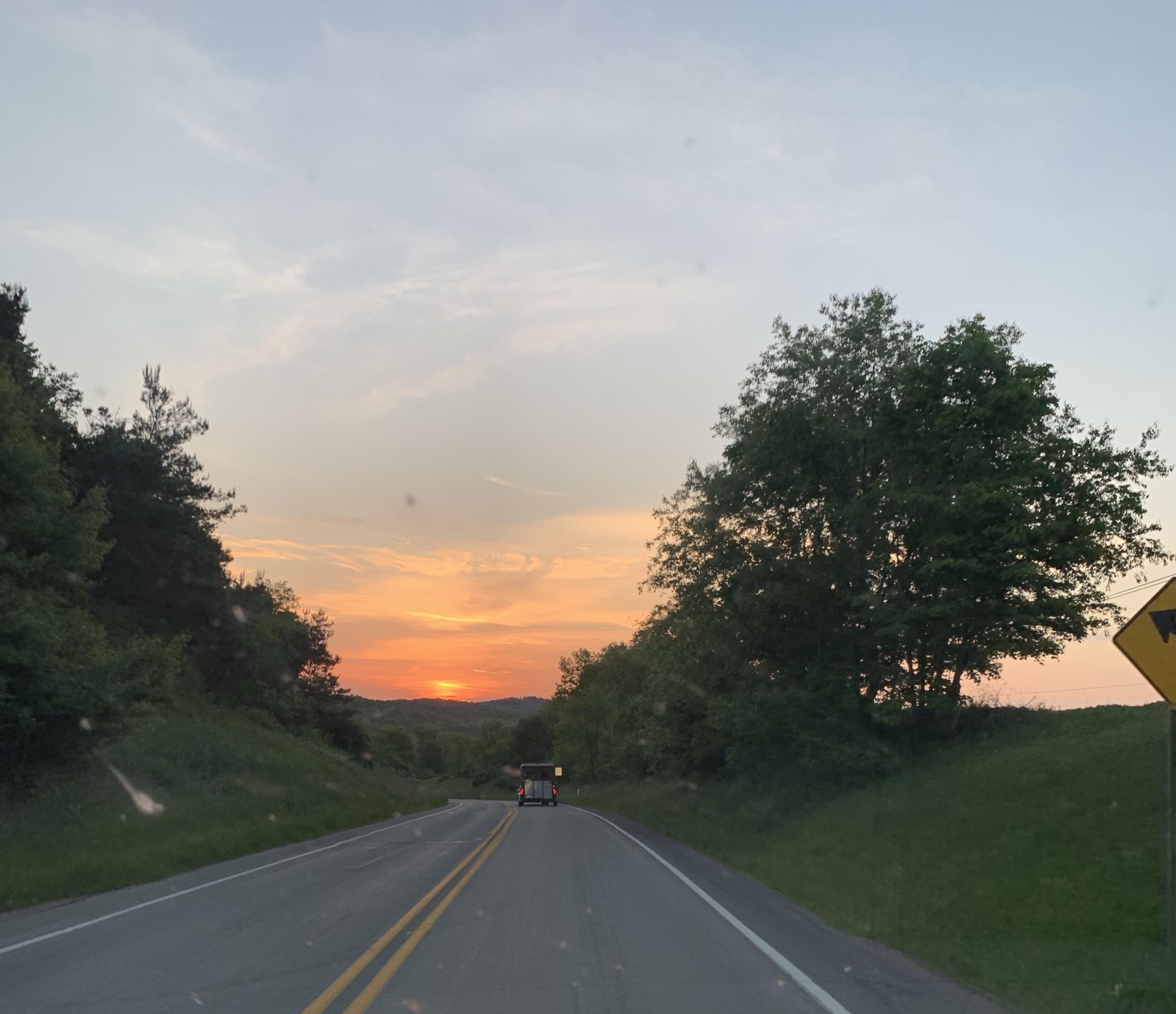 The trip was a little over two hours one way. Much of the route took us through rural Pennsylvania, complete with Amish buggies and deer that like to dart into the road in the grey hours of early morning and dusk. One such unlucky doe crossed our paths that morning. Being the second vehicle in our caravan of two, I had a perfect view of the doe thinking about her crossing, trying to beat the oncoming truck, and then changing her mind at the last minute. All said and done, it likely was no more than a ten second encounter. It felt like an eternity. Isn’t that always how it goes when disaster is about to strike and there is absolutely nothing to be done?

We were fortunate that my friend’s brush with the deer was slight. The truck was fine, the horses were no worse for the wear, the tires barely lost any tread, and the doe seemed as though she might recover. We were back on the road fairly quickly. Whew.

The show that day was smooth, if somewhat long. Our horses were well-behaved and my green off-the-track-thoroughbred (who happens to be a chestnut filly) handled the day like an old pro. I came away with a couple of ribbons and my friend cleaned house (as she usually does). We really couldn’t ask for more. 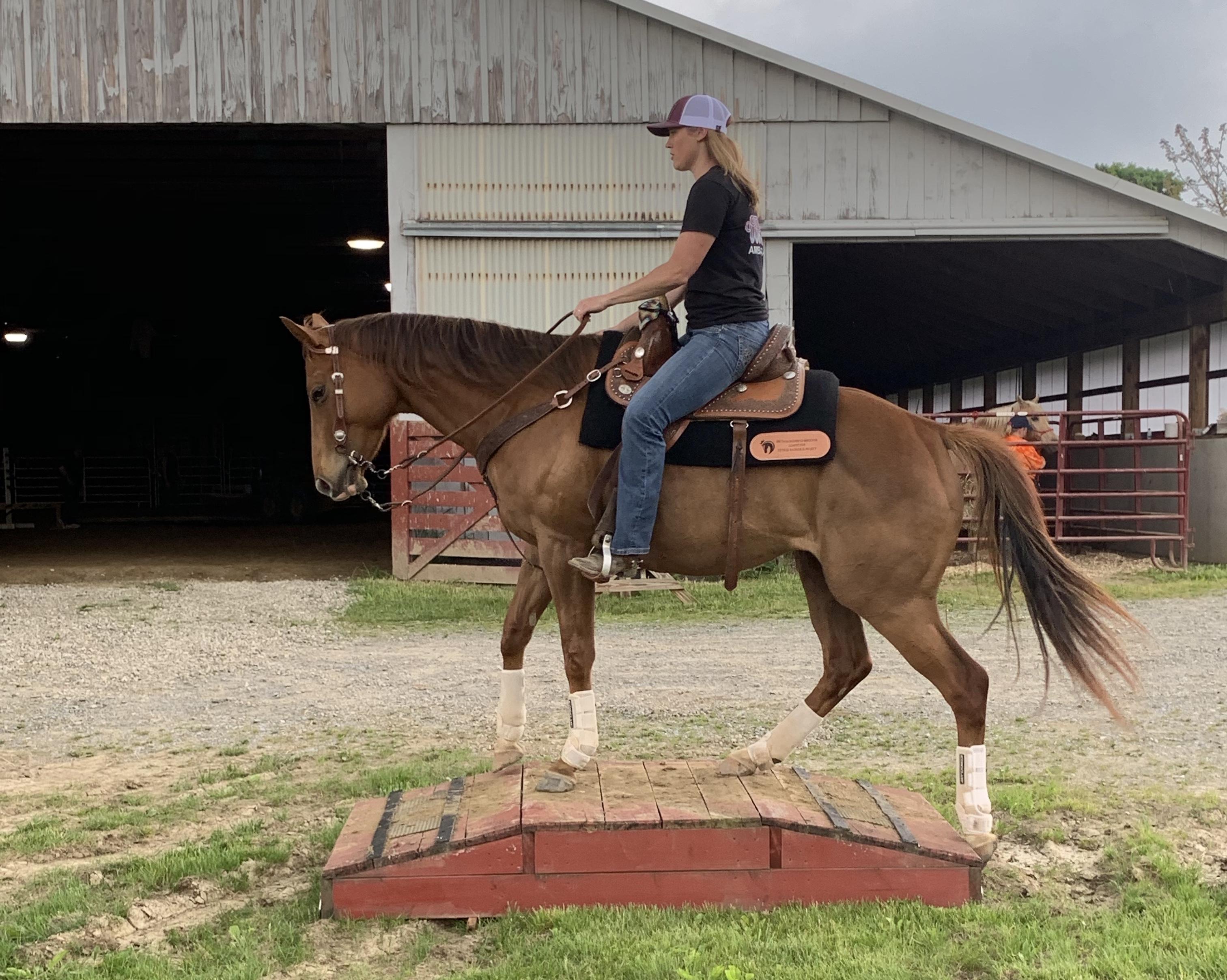 Then came the ride home. We embraced that false confidence and bravado that only those who are unaware of what is to come can embody. Just as things had started in the morning, our ride home began smoothly. The horses loaded without any fuss and we were headed home generally pleased with ourselves and ready to get our horses out of their trailers and into their pastures.

When driving through more rural areas where I am unfamiliar with the local stations, I use my cell phone for audio. That day was no exception; I was happily driving along, listening to Journey (judge me if you will, but I was aiming to stay awake). Like most of my belongings when horses are concerned, my phone cable is wearing out. As a result, if I bump my phone the wrong way, try to end a call in the hopes of resuming my audio, or exhale in the general direction of my phone, the audio cuts out and it goes back to the radio.

This isn’t unusual and typically I don’t pay much attention to it. However, when it happened this time I didn’t hear the usual static or spotty music coming through my speakers. Instead I was assaulted by a severe weather alert, mid-broadcast: TORNADO WARNING IN EFFECT. TAKE COVER. REPEAT, IF YOU ARE IN THE FOLLOWING AREAS, SEEK SHELTER IMMEDIATELY.

I’m not an alarmist. I usually operate on the notion that a little common sense can get you a long way. However, catching only part of the broadcast and hearing the towns through which I was about to drive listed, one after the other, made my heart race and made me rethink my route home.

Since I was driving, I could not pull up the radar or look up the National Weather Service. I called my friend who was in front of me (the same one who had hit the deer that morning) to give her a heads up. Cell service was spotty at best and getting through to anyone was difficult. Phone calls and messages placed gave no additional information. On the horizon, I could see the sky darkening and lightning striking. The rain began to come down in buckets.

We made the decision to pull over in a safe location and assess the situation. Once I finally got a local weather station to come up on my browser, the writing was on the proverbial wall. The path of the possible tornado was the exact road that led from where I was pulled over to my barn.

Why do these things always happen while you’re hauling a trailer?

Taking questionable detours when it’s just me in my vehicle is one thing. With my horse in her tall, incredibly not-aerodynamic trailer in tow is another. We debated taking the horses to my friend’s house (the opposite direction of the storm) or just waiting it out in the parking lot where we were.

As we waited and discussed, laughing at our predicament and the incredibly long day it had been, the sky cleared. It went from being a dark, brooding grey-green to a hopeful pink-orange, complete with a rainbow. In looking at the radar again, the storm had completely dissipated. 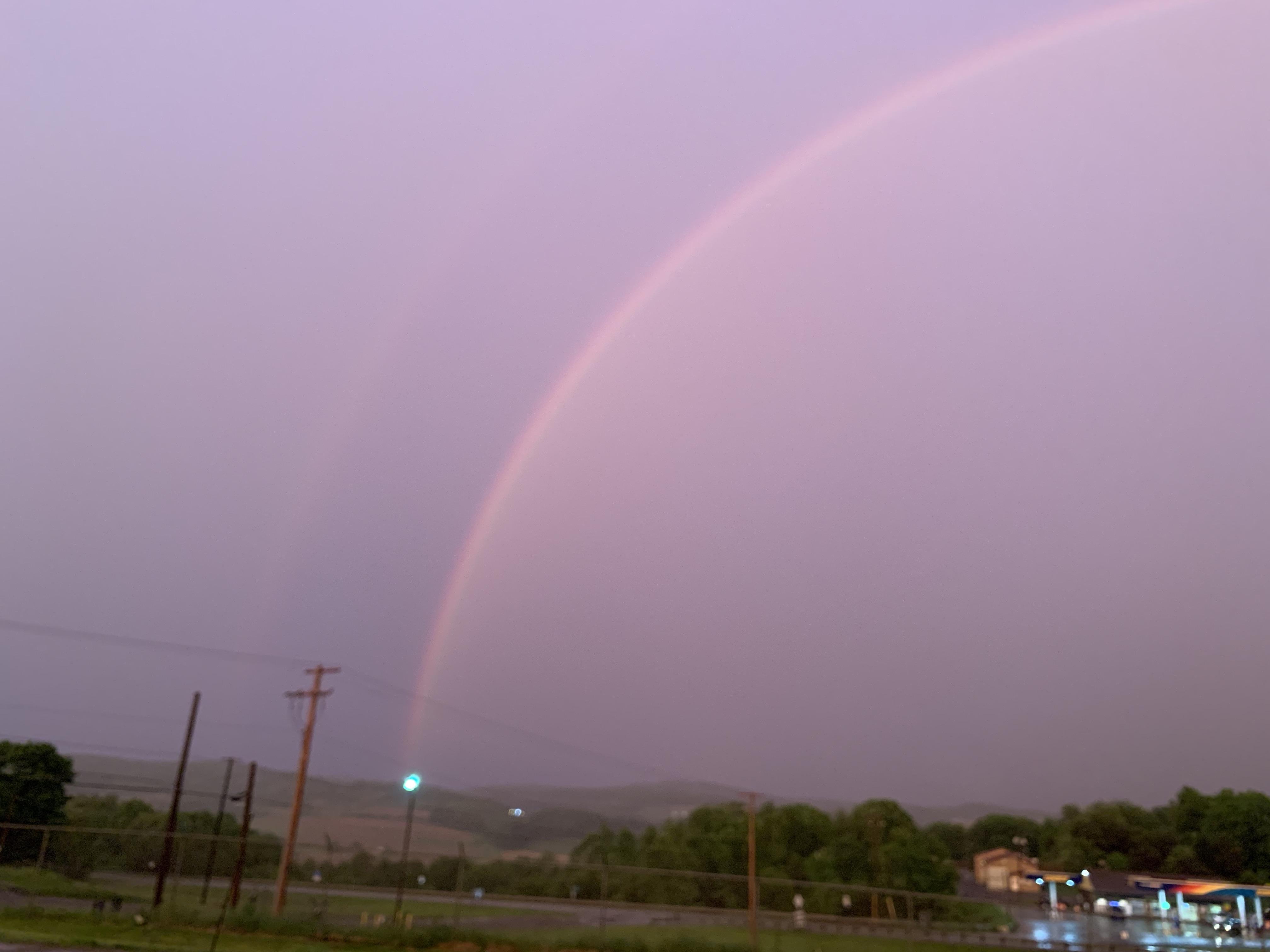 All-in-all, my friend and I had a great day. The horses did well and we made it home tired, but safe and sound. Be that as it may, why is it that even what seem to be the most benign trips always turn into adventures when hauling a horse is involved?