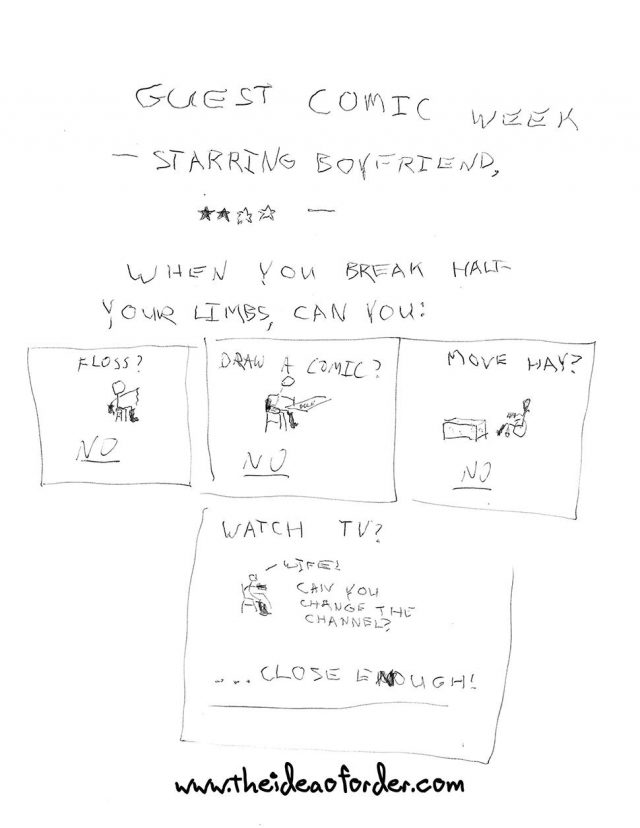 Or, ‘How The Husband Entertains Himself With TWO Casts.’ 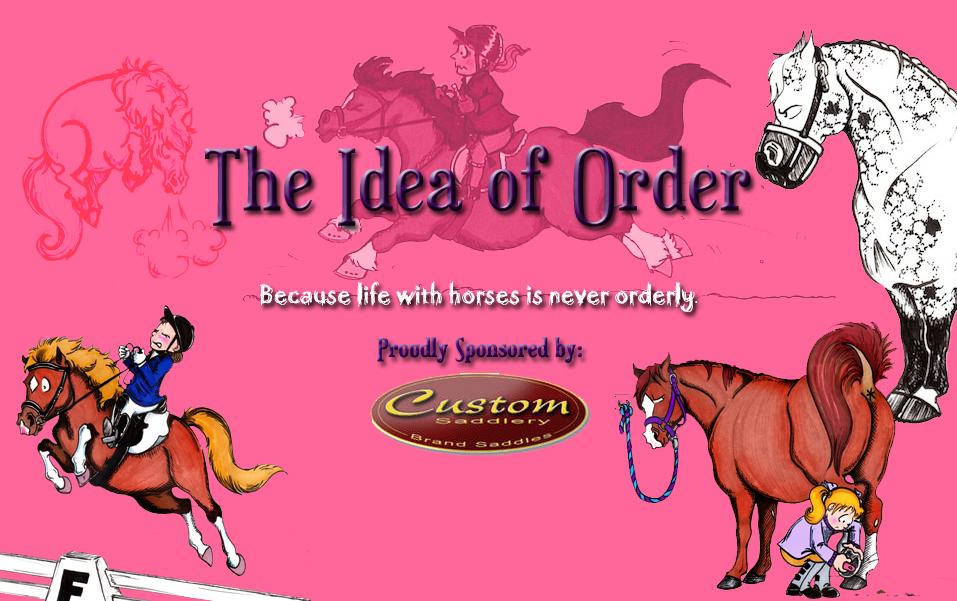 So this evening, as I prepare for another horse show, The Husband offered to do a Guest Comic. As some of you may know, he managed to break himself s̶k̶i̶i̶n̶g̶ fighting a BEAR in January. What follows are some of his ruminations on his plight playing some version of the Three-Eyed Raven over the last few months.

*Let me just add that if I were sporting a cast on 50% of my limbs I would have likely gone on a bloody, murderous rampage by now…*

*Also, fun fact, this comic is brought to you by his less talented, but hard working, left hand.* 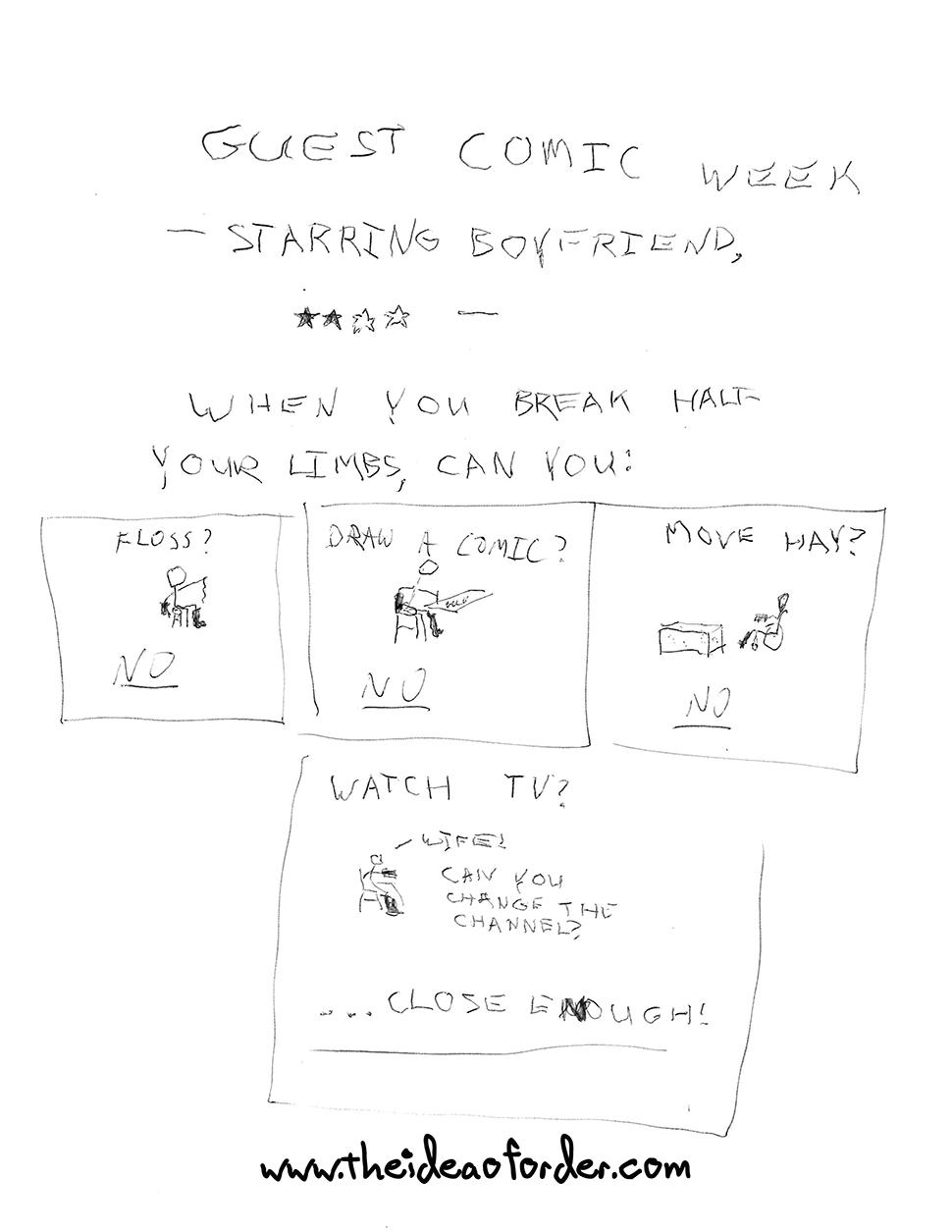 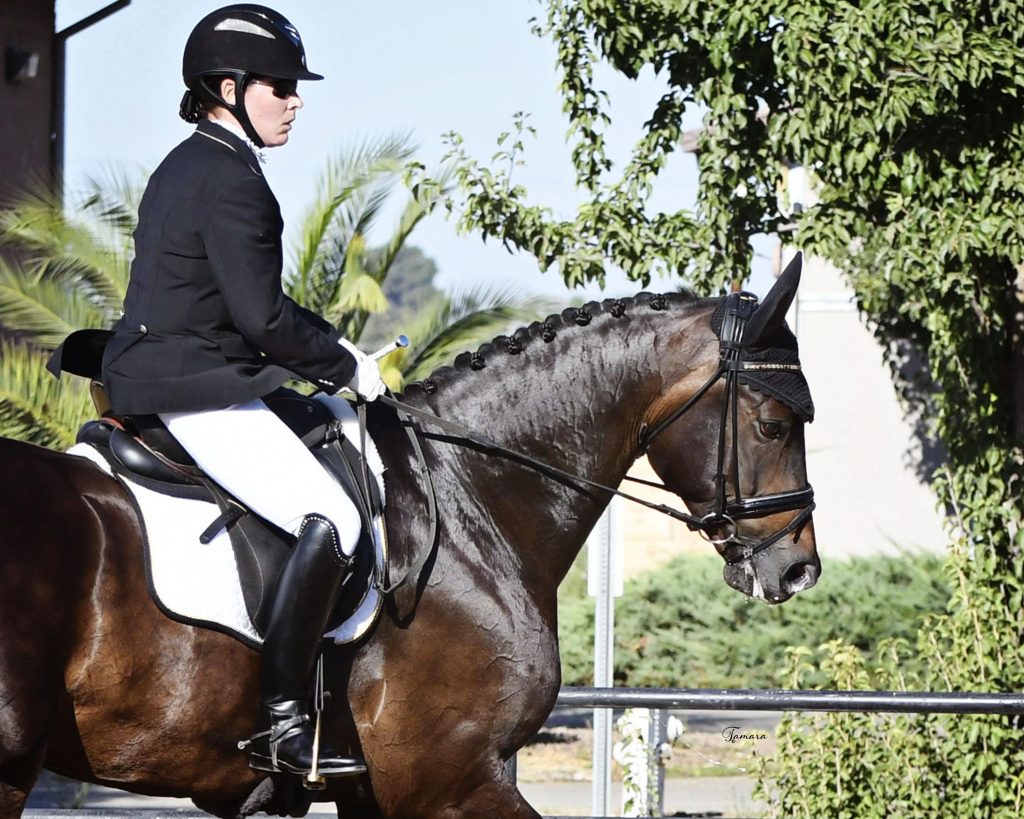 Photo (c) Tamara with the Camera