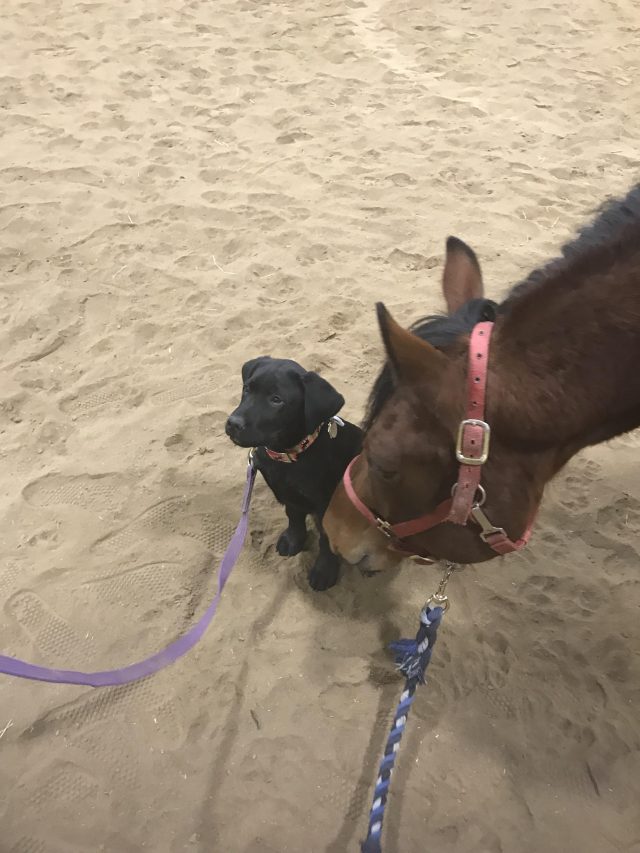 Back by popular demand… which one is YOUR horse? 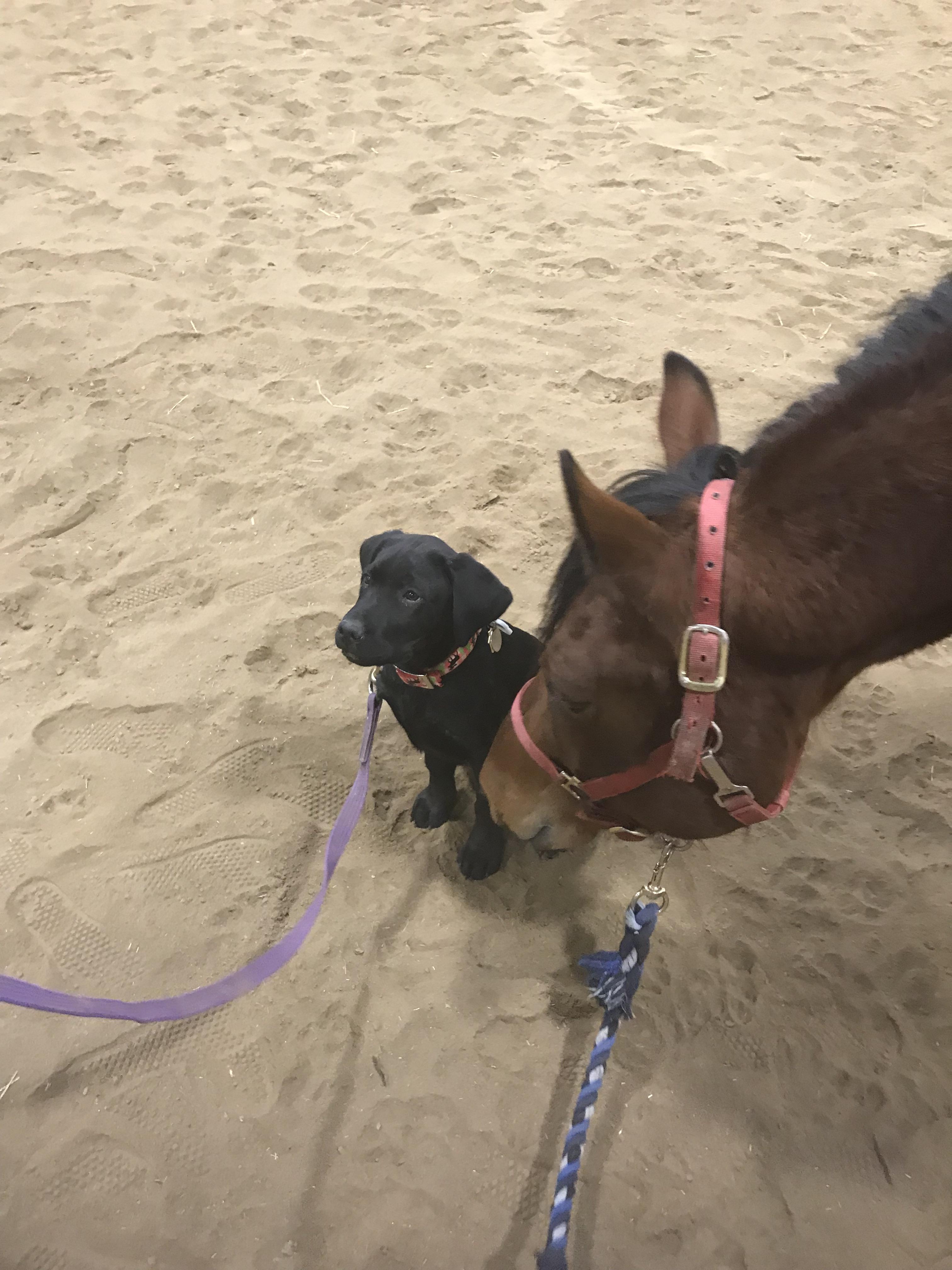 If you didn’t find your horse on last week’s list of personalities, here are a few more options to choose from. Of course, there are too many nuances to ever fit into one comprehensive list, so feel free to add your own in the comments!

11. The Dog. In-your-pocket, comes when called, gives unsolicited face licks when you’re not paying attention. He may look like a horse, but in a past life he was someone’s loyal dog who followed his owner around everywhere. He plays with yoga balls, your coat zipper, polo wraps… whatever he can get his mouth on is fair game.

12. The Cat. This horse demands attention or space with equal ferocity whenever the mood strikes. You can almost hear him purr when you hit the itchy spot while currying, and if he could curl up in your lap he would. However, when he decides he wants space, he will tell you that the grooming session is over right now with pinned ears and a flicking tail.

13. The Mama’s Boy. He’s perfect for you, but he conveniently forgets all ground manners when someone else holds the lead rope. All it takes is one look or a word from you to make him behave again, but as soon as your back is turned he thinks he can get away with naughty antics. He’s a one-person horse through-and-through, and while everyone else in your barn hates dealing with him, you can’t help but think his favoritism is a little endearing.

14. The Babysitter. This horse can handle any type of rider, but with a beginner or small child on them, he slows everything down to make sure his rider is comfortable. This is a horse you can put anyone on to trail ride, and he’ll let everyone else get hundreds of yards ahead of him while he plods along at a pace where his rider feels safe. Every horse we’ve learned to ride on probably had a little bit of babysitter in them — they refused to canter because they could feel us off-balance, they ducked sideways under us to catch us, and they checked on us after we fell because, despite their best efforts, we didn’t manage to stay on their back over a fence.

15. The Opportunist. This horse is the opposite of the babysitter — as safe as you might feel, he’s just waiting for you to get too far out of the saddle leaning up his neck, or for your leg to swing back a hair too far. He won’t buck you off without an excuse, but as soon as you give him a reason he takes full advantage of it. He’s not malicious or out to hurt anyone, but he’s sly enough to get out of working whenever he can. He’s the horse who, halfway through a trail ride, will crowhop you off into a soft patch of grass and head home because it’s dinner time and you weren’t paying attention.

16. The Jock. He’s got muscles to die for, and he knows it. He likes to get hosed off after rides so that he can strut by the mare pasture with his hair sleek and shiny. He’s a total show-off, whether it be playing hard on the lunge line, overachieving over fences, or refusing to walk because he knows his lope is pretty. If he were a human, you’d hate him because he’d be the creepy guy at the gym making awkward eye contact while he flexes his arm muscles.

17. The Malnourished. Whereas the Hangry personality type feels entitled to more food, the Malnourished relies on sucking in his belly and looking sad in order to guilt you into feeding him more. He can hear the crinkle of a peppermint wrapper a mile away, which instantly triggers his perfected begging routine. Your fellow barn-goers often tell you, “I gave your horse a carrot earlier because he looked sad and hungry.” You look into his stall to find him with plenty of hay and looking smug.

18. The Old Soul. This horse is wise beyond his years, and everyone is forever asking you how old he is. No matter how green, he tries his best at whatever you ask of him and often acts as though he’s done it a thousand times before. First time asking for a lead change? No problem. First time encountering a tarp? Whatever. He’ll still have baby moments here and there, but for the most part he leaves you in awe of how he seems to know about things before you expose him to them—you haven’t ruled out the possibility that he and Old Reliable have nightly teaching sessions when you aren’t there.

19. The Forever Young. This is the thirty-something horse in your pasture that rockets around like he’s five, running circles around the younger horses. He’s seen more miles than the rest of the horses in your barn combined, but you still have to lunge him before every ride. Some minor stiffness on cold mornings is the only giveaway of his age, but the light in his eyes tells you he’s got plenty more years ahead of him.

20. The Big Deal. If the Jock is the creepy guy at the gym, this is the equine equivalent of the guy who shows up with sweatbands on his wrists and a fancy water bottle to stretch for ten minutes, walk on the treadmill for five, then take some mirror pictures and leave. He’s not out of shape per se, but if you send him out on the lunge line for five minutes he acts as though you’ve killed him. He likes to parade around in fancy tack as long as he doesn’t have to do any actual work. When you get a grudging workout with him, he demands to be poulticed and wrapped and given the next day off.