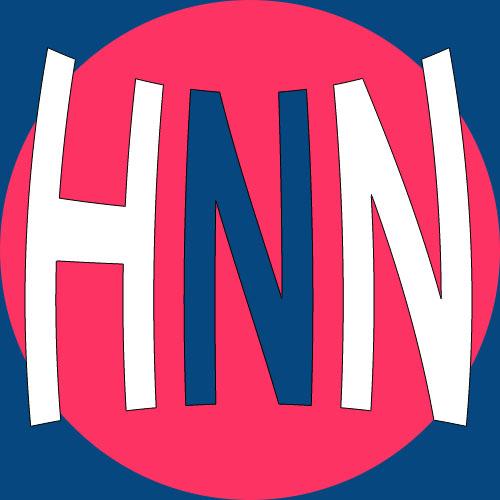 Nation Media is pleased to announce the launch of Horse Nation Network (HNN), a television channel dedicated to covering every aspect of the horse industry. HNN, like Nation Media cohorts Eventing Nation, Horse Nation and Jumper Nation, will bring viewers the latest in equestrian news mixed with commentary, training tips, and a healthy dash of first-rate ridiculousness.

“This is going to be big,” said John Thier, publisher and founder of Nation Media. “There’s truly nothing quite like HNN out there, and the goal is to blow everyone else out of the water. We’re going to do it all: news and commentary, competition coverage, with a couple of comedy shows mixed in. We’ll cover eventing, dressage, western, all the major disciplines, plus combined driving, vaulting, all those weird random western sports, even racing.”

Here’s the tentative line-up for HNN:

Logos for “Insanity in the Middle” and “The Sandbox”

“Aside from Boyd [Martin] we’ve not finalized who’ll anchor the other shows in the line-up,” said Thier. “We’re hoping to bring in some other well-known riders for each show, but we’ll know more as we get closer to launch.” Thanks to Martin, who’s retiring from eventing to take the show, “Insanity in the Middle” is expected to be HNN’s flagship program.

As for who’d run HNN, Thier mentioned that none of the current Nation Media team wanted to be responsible for managing the network, but that some had expressed an interest in working as HNN reporters or anchors. HNN will be managed by Ben Barnlee. “I’m not even sure,” said Thier, “that Barnlee’s real name IS Ben Barnlee, I’m not sure who Barnlee is but I strongly suspect it’s a pseudonym.” According to rumors, Barnlee, who could not be reached for comment, is “more mysterious than John Thier,” and “might be either a horse or EN’s famed mascot Chinch.” Barnlee’s own bio, submitted to Nation Media after accepting the offer to head HNN, claims that they rode with the Cadre Noir in France and then went on to an illustrious career writing for nearly every major equestrian publication before coming to HNN.

The hope is that HNN can “revolutionize equestrian coverage” by giving equestrian sports and the wider horse industry much-needed widespread coverage. HNN will go live on April 30 and will be available through most major streaming services.