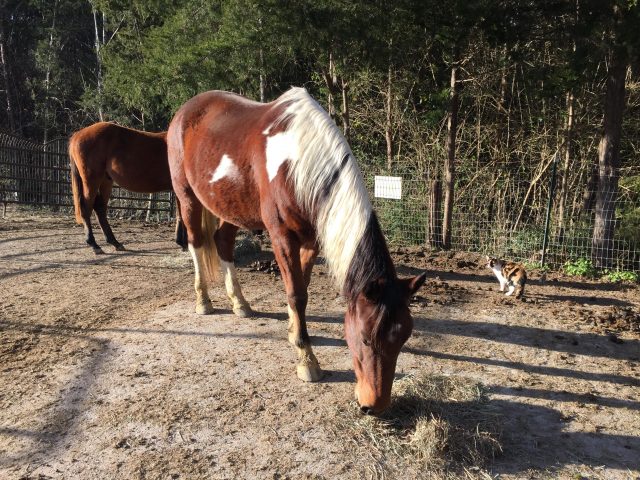 “Being grounded for months was not in my 2018 plan. All the old demons such as, ‘you’re too fat to ride,’ ‘you’re too uncoordinated to ride,’ ‘you should just give up and let yourself go,’ ‘why don’t you just accept your age and grow old,’ etc., etc. screamed louder than ever before.”

Recently, my friend and life coach, Katrina Love Senn, and I invested an entire afternoon reviewing 2018. The “year that was” (or nearly is “was”) has been very eventful for me. Katrina helped me go back, one month at a time, and ponder each significant event – the good, the bad, and the ugly. Some folks call this exercise “closure” or “cleansing.” I found it to be both, as well as very revealing.

The takeaway message is this: putting your life in perspective will always help you achieve balance. Emotional balance, mental balance, physical balance – the whole shebang. So I thought I’d share some of this exercise here, in the hopes that it can help you reflect on the year almost past, and prepare for you to have an amazing 2019. Yes, I realize some readers might wonder why I’m writing this now, instead of the last week of December. Well, friends, it is so you can take some time over the holidays and really invest in this exercise, if you choose to do so.

The unexpected benefit is how much better I feel about my current relationship with all my horses, and especially Kaliwohi. 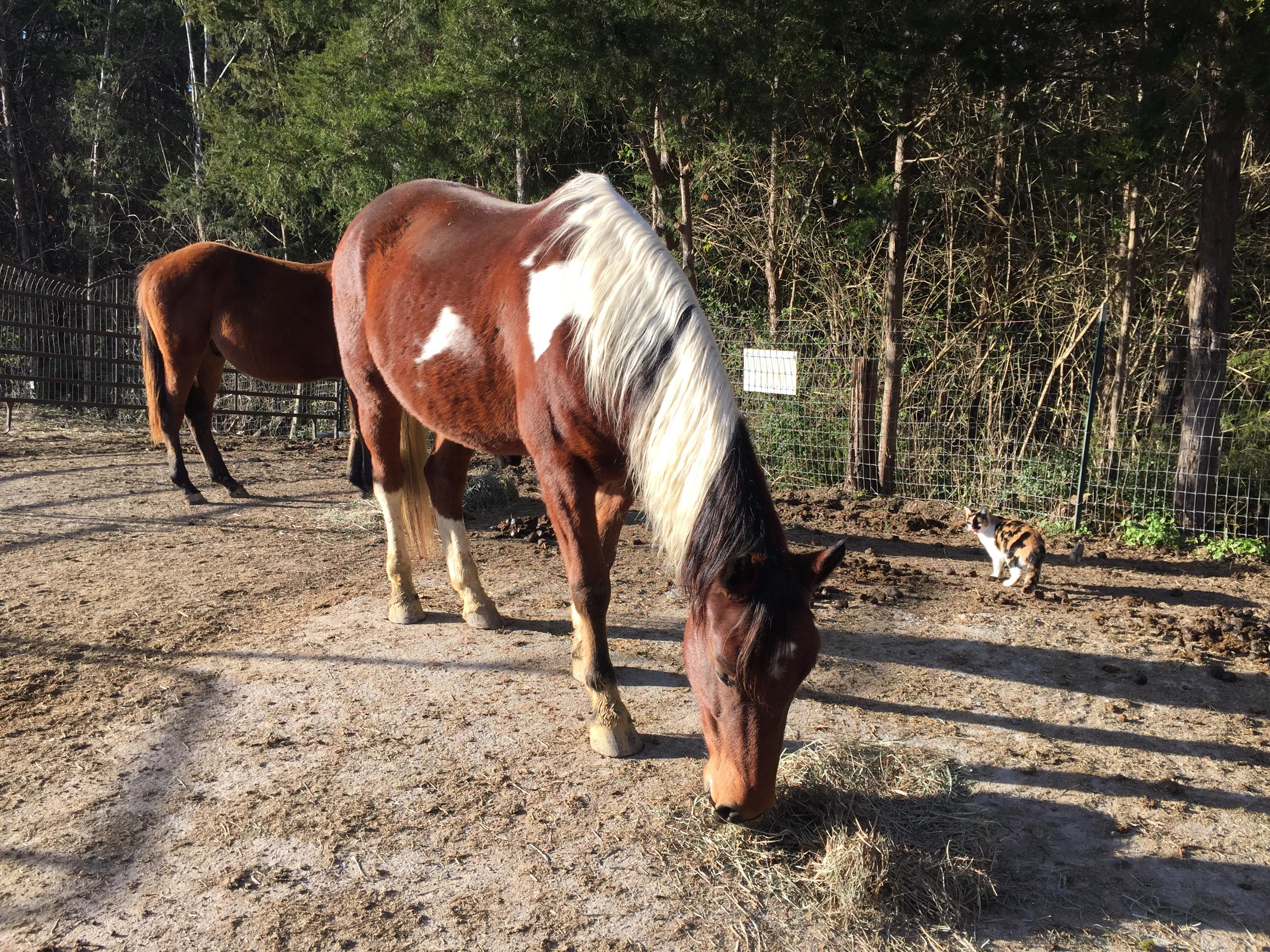 A svelte “5” for a year now, Kaliwohi has his winter coat to keep him warm, instead of all those extra pounds. #HorseMumWin Photo by Esther Roberts

At Katrina’s suggestion, I lit a candle and had a couple of “symbols” on hand for this review session. Some folks use crystals, or a crucifix, or an heirloom piece of jewelry – whatever is meaningful for you. 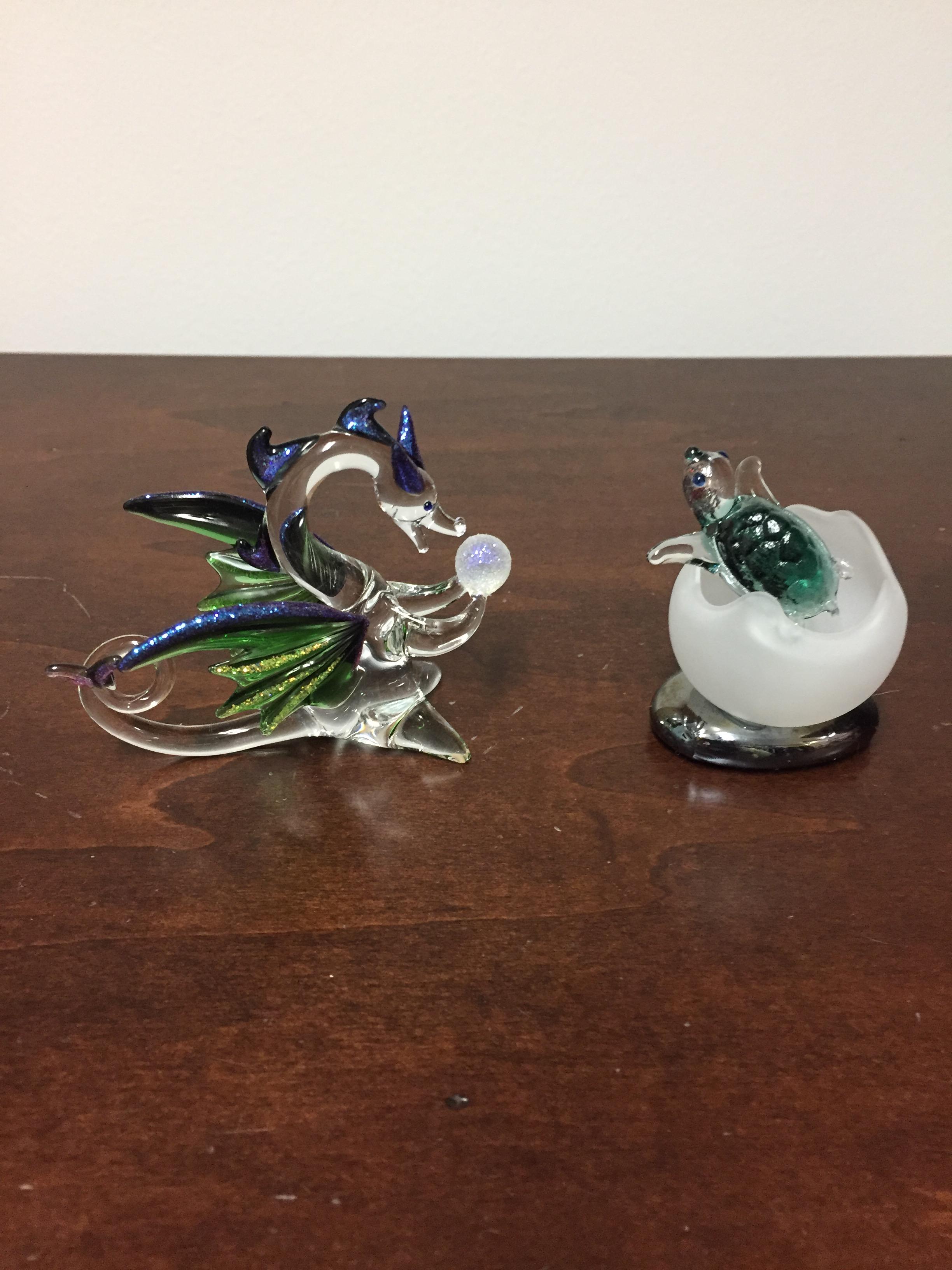 My little symbols for my “year in review.” Hat tip to the glassblowers at Dollywood for these tiny creations! Photo by Esther Roberts

The little dragon with his ball reminds me to be playful and have a joyous heart. His expression is just amazing – he seems beyond delighted with his ball. #DragonsAreGoldenRetrieversAtHeart The emerging sea turtle reflects how I have felt for the past three years: emerging to reveal who I truly am, both to myself and to the world. And I’m here to tell you, that level of raw honesty and vulnerability is terrifying sometimes.

With a gentle reminder from Katrina that every luminescent pearl began as an internal response to grit (read: the oyster spins spit around an irritant that gets under its skin, er, shell), off we went down memory lane.

The human brain always defaults to the negative, have you ever noticed that? The reason is that such a hard-wire to disaster has helped us survive as a species for some time now. Yay, humans. The downside is, speaking for myself, I sometimes get so enmeshed in the bad I literally forget the good. Two examples:

My initial recollection of January 2018 is the job disaster I experienced, where I unwittingly aligned myself with a less-than-transparent organization. For a whopping 28 days. Ouch! But, bless Katrina, she reminded me that 2018 began with a very positive bang, in that I won a Horse Nation Readers’ Choice Award! This is thanks to you, our readers, and I am deeply honored and grateful for that award. Truly, it was a lifetime dream-come-true, to have my writings validated in such an incredible way.

The second “major memory” I had for 2018 was my marriage ending. And yet, at exactly the same time, God literally gifted me with the piano of my dreams – a Steinway B professional grand! (Think: Grand Prix son of Valegro). Sleek and glowing black and seven feet long, with the rich, resonant tones of the finest-built pianos in the world, this instrument is literally the very last major material “want” on my bucket list. And, for a sentimental Southern gal like me, the “how” I got this piano is a memorable story in and of itself. The CliffNotes version is: an elderly pianist was moving to assisted living and his one concern was that his beloved piano went to an “artist of merit who would play it well and appreciate it.” The local Steinway rep very kindly thought of me, and the rest, as they say, is history.

Another ginormous positive for me in 2018 was HorseNation asked me to write on a regular basis as a freelancer. That privilege has allowed me to cover some amazing stories, like Caroline and her rescue horse Tink’s daring rescue of runaway OTTB Ice!

And I reclaimed six-month old Gil, a rescue foal whom, sadly, I entrusted to those who were not competent to care for him appropriately. #LessonLearned

And juuuust as I started to think all the “bad” of 2018 was behind me, and the remainder of the year would be blue skies and butterflies, I had not one but two “unplanned dismounts” from my beloved mustang. Being grounded for months was not in my 2018 plan, let me assure you. I’ve never been laid up from a riding wreck for more than six weeks before. So this year, riding-wise, has been extremely frustrating and humbling at the same time. My respect for para-riders has gone through the roof, frankly. And I have a new understanding of those who decide, for whatever reason, their riding days are over.

The extent of my injuries was such that I could not do yoga for months. Truth be told, walking was a challenge for a while. And the damage in my headspace, especially to my confidence, was even more traumatic. All the old demons such as, “you’re too fat to ride,” “you’re too uncoordinated to ride,” “you should just give up and let yourself go,” “why don’t you just accept your age and grow old,” etc., etc. screamed louder than ever before.

But I am one of the very fortunate ones for whom complete healing is possible, including the mental trauma, and I hope to resume riding before the end of this month. #SoGrateful

Being grounded for an extended period of time allowed me to rehabilitate myself along with baby Gil, so we spent some quality time together, getting stronger and building a bond. And Gil didn’t bond only with me! He and Kaliwohi are such close pals it’s like they are “brothers from different mothers.” 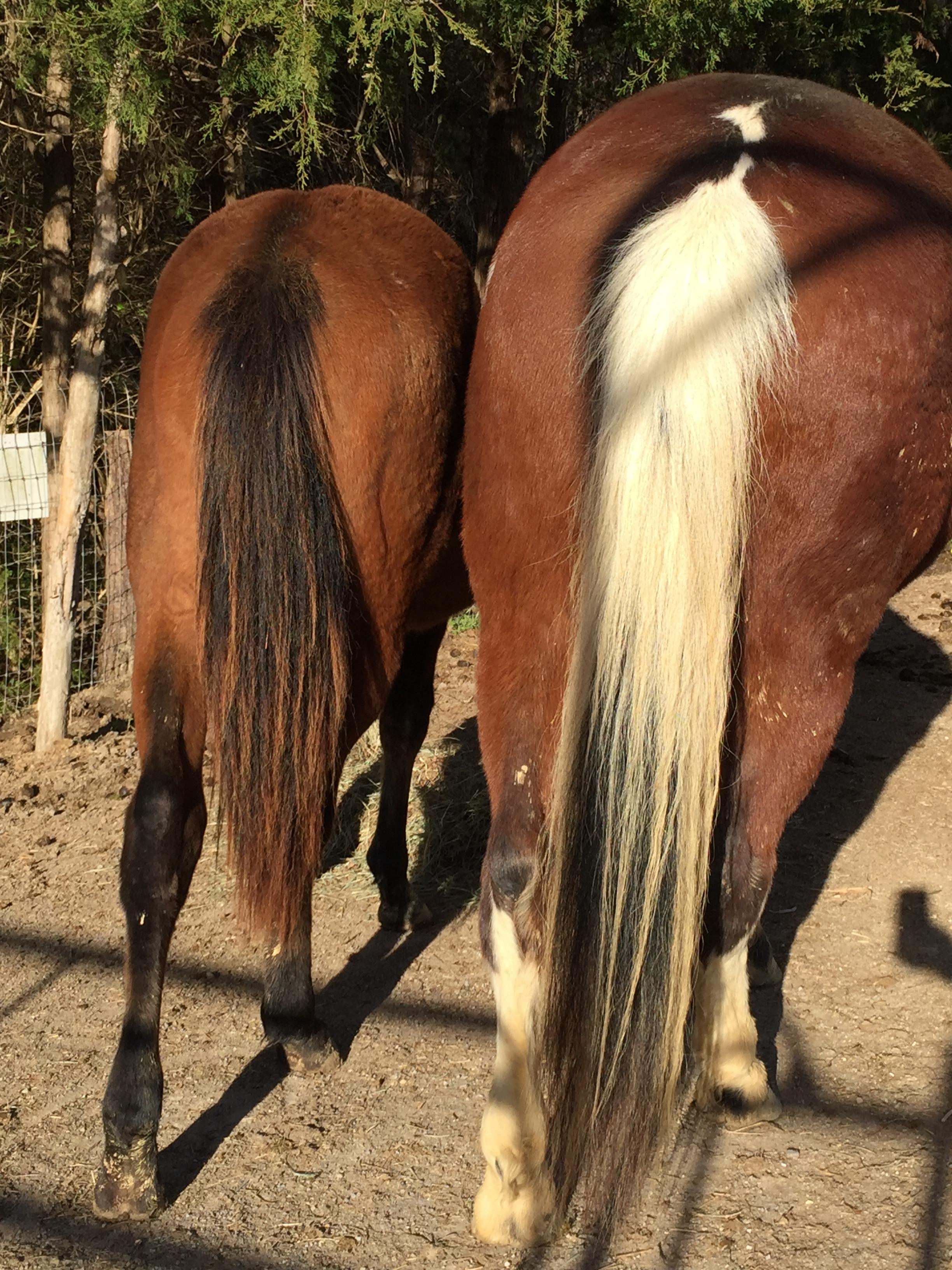 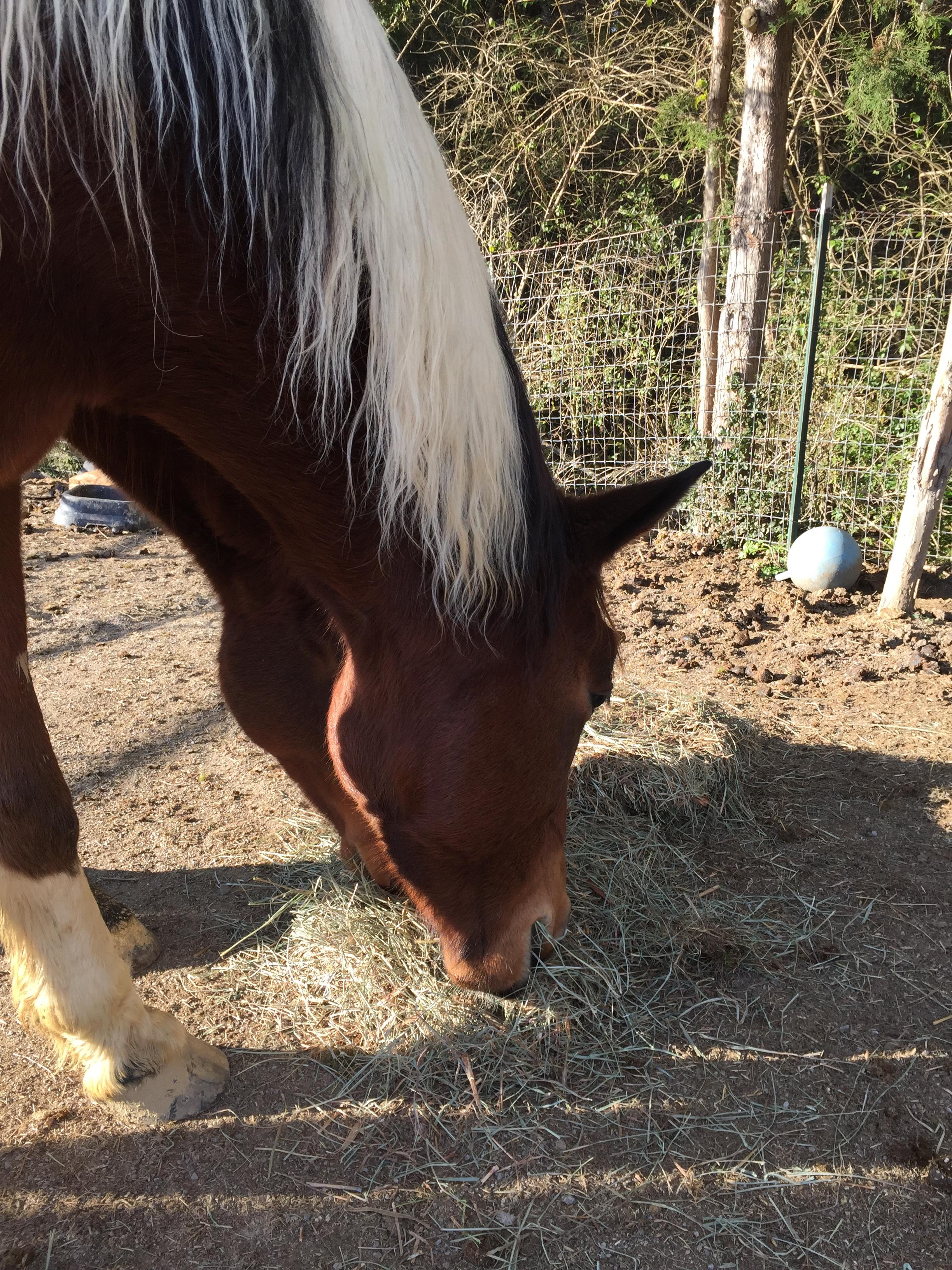 2018 also saw me complete the volunteer Chaplains Academy for the Knoxville Police Department. Serving the men and women of the KPD, and my community, in this way is one of the most rewarding things I’ve ever done.

And just last month my third book came out! #Epic2018

Oftentimes, we equestrians get so focused on our goals, or, worse, our “failures” (failure is simply a lesson learned on the journey to success) we forget to savor and experience our accomplishments. Katrina had to help me recall some of the positives I’ve shared here, simply because my own brain defaulted to the negatives I experienced this year.

One such “negative” – I wanted to berate myself mightily for not losing much weight this year, even though some inches came off and I dropped a size. I felt like such a failure in the “weight loss” department. But, from a positive perspective, perhaps my biggest accomplishment, relative to my own journey towards happiness, health, and horses, is the fact that I did not gain a single pound this year, despite being laid up for a good bit of the year, and in the “mental doldrums” of feeling sorry for myself sometimes. This accomplishment has taught me a new level of respect for my own resilience.

That resilience equips me to approach 2019 with a newfound sense of self, filled with optimism, hope, and some clearly defined goals for the upcoming new year. Those goals include getting a “between the ears” view of Kaliwohi again – from his back. 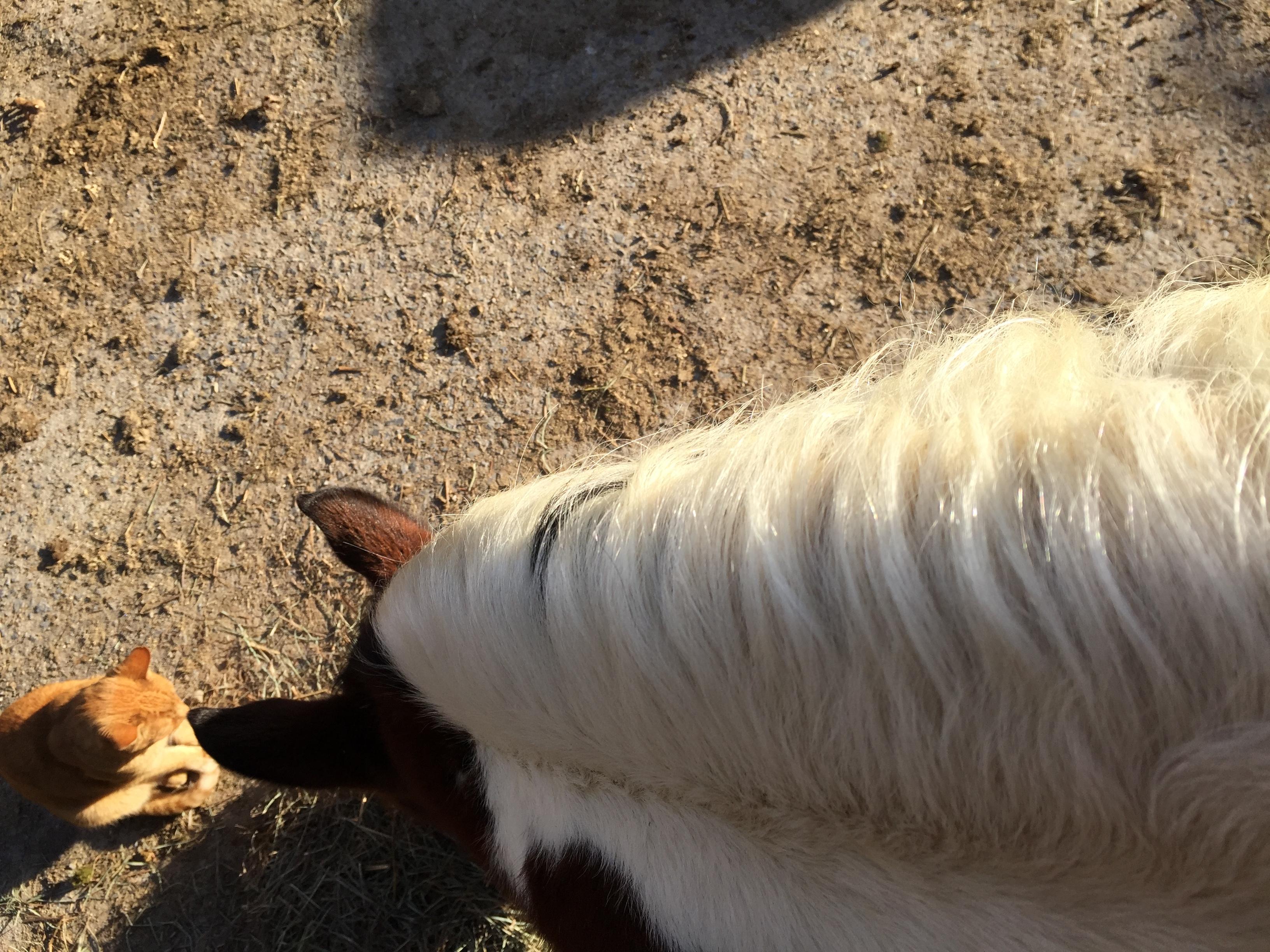 A “perspective” photo of “between the ears;” Kaliwohi and his barn pal, Oscar the cat. Photo by Esther Roberts

So before the calendar rolls over to 2019, I encourage you to find some quiet time and reflect back on your accomplishments and lessons learned for 2018. It feels to me, very much, like achieving the scores needed to “move up a level” in dressage. Perhaps I’m moving up a level in life. #AdultingWin