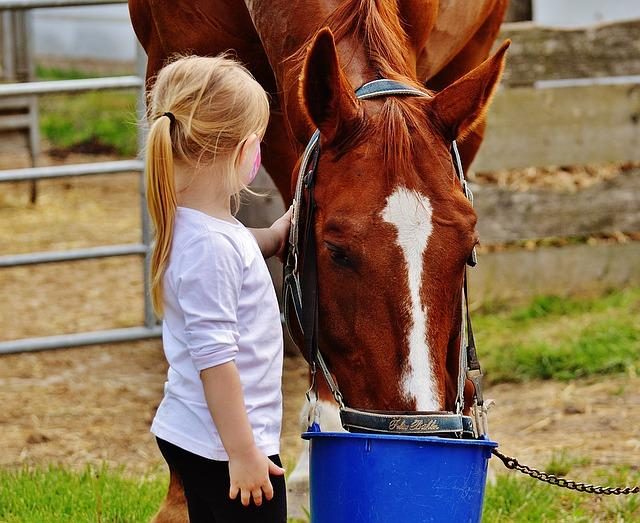 “The thing is — the future of equestrian related activities relies on the passion that present-day horse-lovers share.” Read all of Sara Shelley’s Round Two submission for the HN Blogger Contest here!

Our five finalists in the 2018 HN Blogger Contest are back with their Round Two submissions! For this round, we asked each of our finalists a question: “How do you think horseback riding and equestrian activities can best appeal to the mainstream population?” We’ll be sharing their responses this week — and we want to know what you think as a reader! Share your thoughts in the comments section.

If “Equestrian Activities” and “Mainstream Population” had a baby- it would probably look a bit like… well… it would… it would have, uh… cue the crickets, people, this one is tough. 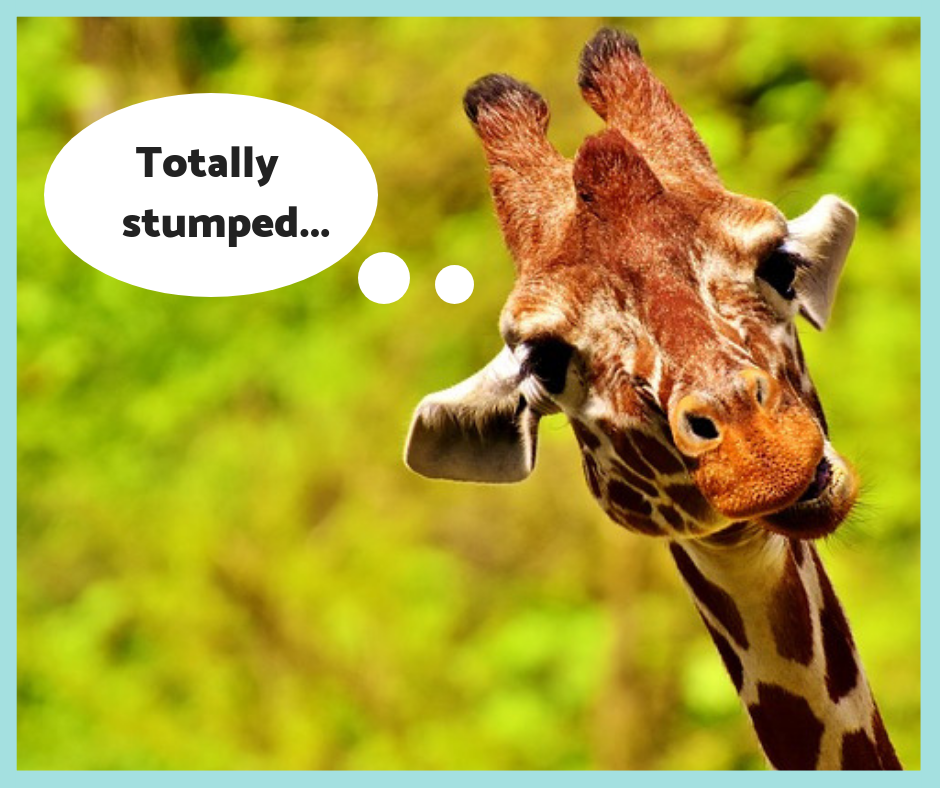 All photos via Pixabay/CC

Supposing the definition of “mainstream population” was bent our way, we could then surmise that folks within that bracket would know what a martingale is. Then it would be cake to answer the question of how to generate more fans…

Just schedule some horse shows in the Target parking lot, invent more fancy expensive gadgets (maybe those magnets with healing gamma rays and pixie dust could be sewn into saddle pads?), get FEI to sponsor a line of flavored coffee with an equestrian theme (“Decaf Said No Cowgirl Ever” will be the espresso) and, badda-bing — fans galore.

But alas, the mainstream population wouldn’t necessarily appreciate the genius of a horse show at Target, nor feel compelled to sample a brew called “Stallion Strong.”

So, unless the government makes riding a mandatory skill to be learned at school on horses provided and cared for with government funds… unfortunately, many people won’t get the chance to develop a passion for horses and all they have to offer.

However, should the equine industry suffer decline, I don’t think it would be because the idea of owning horses or competing in equestrian games is strange or silly, like say, curling (what goes on in the mind of an ice-sweeping genie, I cannot fathom. To each his own, says the girl who thinks sheath cleaning is totally normal). 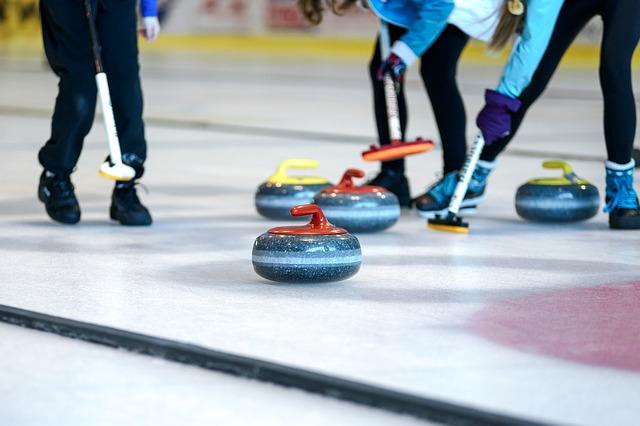 It’s rather a case of not knowing.

Not knowing what horses are like, how it feels as they gather up underneath you to take a jump, or the funny way they play with the hose during a bath.

Not knowing about the various disciplines and events that equestrians adore.

Not knowing how meandering down a trail in the late-day sun can make everything else take a back seat so that, even when problems are waiting, just riding in that quiet haze has made them seem less scary.

There are so many things that unless somebody gives them the opportunity, “Mainstream-People” will continue not knowing.

How can we change that?

What if there were a horsey equivalent to the Big-Brother/Big-Sister program… where people with horses could make room each week to share some barn time with youth who would otherwise be unlikely to encounter them?

I’m sure there are many people who would enjoy offering others the chance to develop their own version of horse-crazy, but unfortunately, we live in a society where liabilities and lawsuits cast long shadows over good intentions. 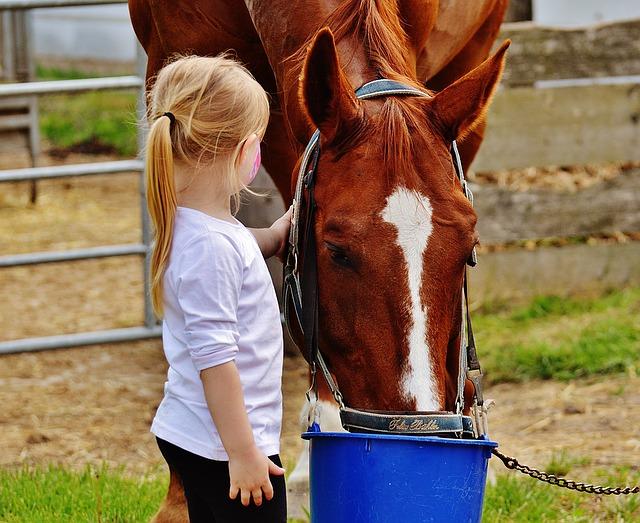 But if such a program could be created and becoming certified to work within said program wasn’t harder than the final challenge on Survivor, perhaps enough horse-people would join the organization so that Big-Barn Brother/Sister could positively impact the industry.

Maybe working with strangers isn’t your cup of joe… (Stallion Strong, of course). The thing is — the future of equestrian related activities relies on the passion that present-day horse-lovers share.

And while no two horse-lovers are exactly alike — and I don’t mean the division between the Crops and Spurs crowd, (that’s straight up West Side Story, barn style) one thing every jumping-diva, barrel queen, dressage dandy, and backyard trail boss has in common is… social media.

Okay, maybe not everyone is trolling their Insta 24/7, but enough of us are connected that surely, we could make a difference. If we were deliberate about it… we could create a forward-looking momentum to carry our love of horses and the many equestrian pursuits that we enjoy into the future.

The following is from an article in Equo – The Horse Industry by Numbers, 2017:

“The current estimate [of horses in America] according to a recent study commissioned by the American Horse Council Foundation is 9.2 million, this includes both recreational and commercial horses […] There is an estimated 2 million horse owners in the United States and a total of 7.1 million Americans are involved in the industry as owners, service providers, employees and volunteers.” 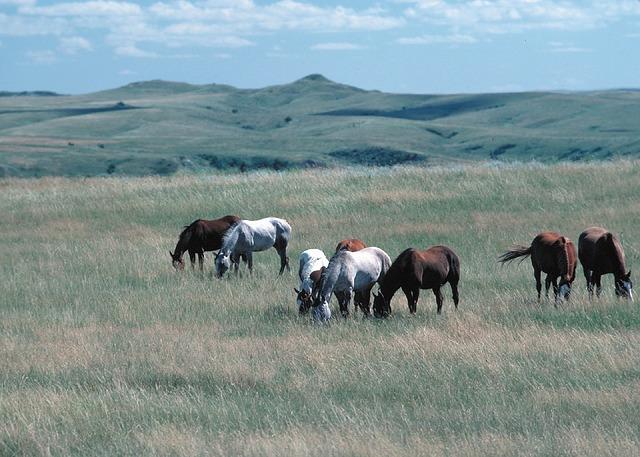 Why are those stats interesting?

Well, according to the laws of the internet, (totally sacred and eternally binding…) for a video or post to be considered “Viral,” it needs to be viewed/shared five million times.

So, if there are 2 million horse owners and 7.1 million Americans working/volunteering within the industry, it stands to reason that if we’re all passing along event info, new products, rising stars, and any other equestrian newsworthy developments, then we, as a whole community of horse people could keep our legacy going… one post, picture, or story at a time, literally sharing our passion with the world.

The “Mainstream Population” needs to know about horses and their people, the strength and character that they possess and help to develop in those around them.

They need to know how all that sappy galloping through the meadows stuff usually translates to a bug in the eye or an encounter with a scary plastic bag.

How horse people are, without a doubt, crazy people, but the good kind of crazy, as in, crazy to believe, not give up, continue pressing on, and to love past faults and failures.

The mainstream population needs to know because not knowing means not caring.

So, let’s keep up the good work and share the heck out of those videos and posts that cause us to giggle or snot, because we do know about horses and how amazing they are (except when they step on your foot and act all innocent…ooo, bad words want to be said).

We know how they’ve changed our world, and how everyone else should have the chance — at least once — to go riding.

My name is Sara Shelley, I’m a not-quite-forty-year-old (next month I’ll dive into that fun decade) mom of three, recovering perfectionist, (the struggle is real) freelance writer, random-fact-hoarder, and of course, horse-mad woman.

I’m not a horse-show gal at this point in my life. And though I got my first horse at fourteen years of age, I was thirty-five when I competed for the first time. (with a different horse of course…RIP Magic-Sugarfoot) Took home the blue, (does it matter there were only three entries? Bah) and crossed that dream off the bucket list. At least for now.

Anybody who’s spent any significant time with me is likely to have heard the phrase; “I googled the heck out of it,” or, “thank God my husband does laundry,” and, “If fried food were nutritious I could be sooo healthy!”  I love writing, reading historical fiction, brushing my horse until she gleams, (show-sheen addict, in the house) everything OTTB, watching random documentaries and making people laugh.