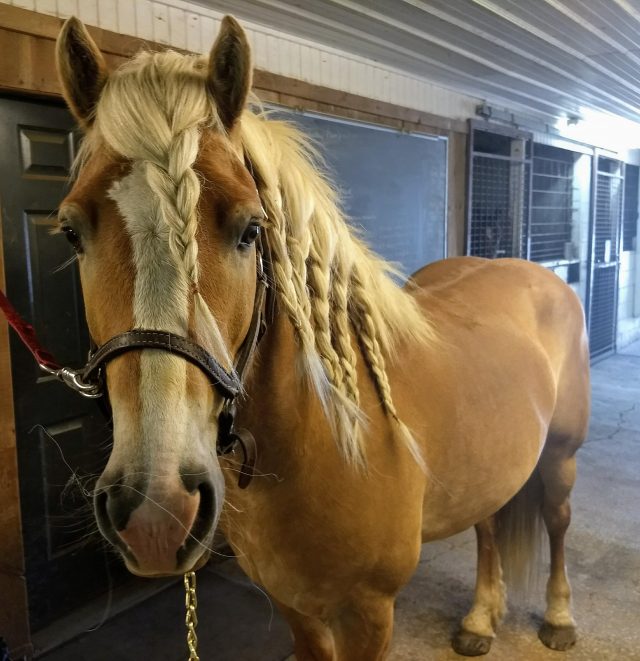 “Sometimes I wonder where he would be with a more dedicated rider. I wonder if he would be leg-yielding yet, or starting over crossrails. Maybe. But I doubt he would care about any of that.” Read the rest of HN Blogger Contest finalist Victoria Shields’ Round One entry here! 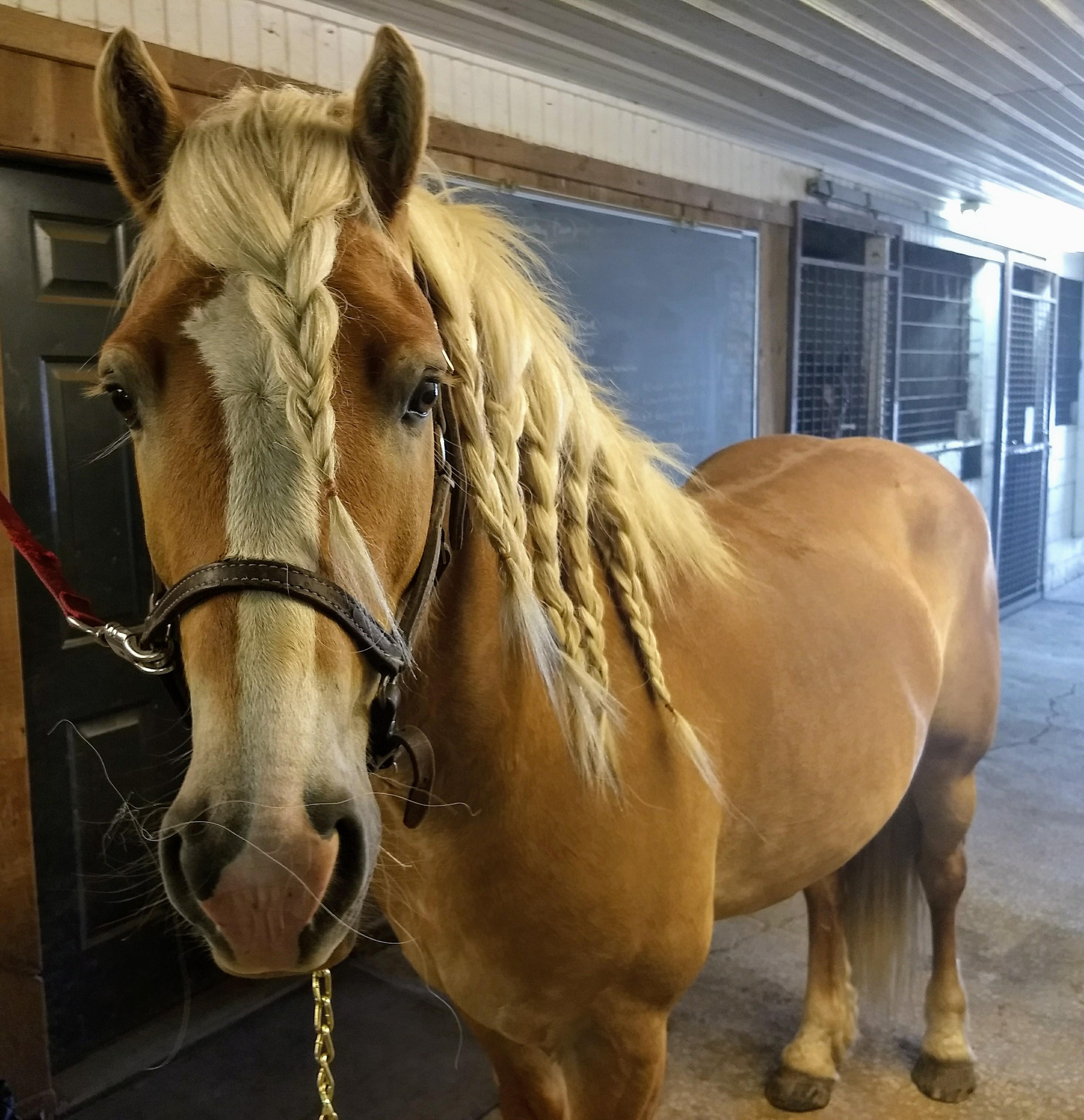 I am going to waste my horse.

I didn’t come to this decision lightly. The first time I watched my new Haflinger, Nemo, float around the arena at a trot, arching his neck and flicking his hooves out with every stride, I thought, “He’s got to show dressage.” The first time I free-jumped him and watched him snap his knees up over every fence, I thought, “He’s got to go cross country.”

The more I saw his talent, however, the more I had to confront the reality of my own circumstances. I’m a social worker with student loans instead of a truck and trailer. My saddle cost me $250 six years ago. I average one show per year when I can barter a ride, and I don’t go to shows that require me to wear anything nicer than a polo shirt because, well, I don’t have it. My horse, I told myself, was too good for that. That kind of movement belonged at the shows I couldn’t afford.

I decided to put Nemo up for lease. I loved him too much to sell him, but I wanted to see him strut his stuff in a show ring, even if it wasn’t me on his back. I had some interest in him and started to talk to potential leasers. As I was doing so, however, I started to think about all of the little things I would miss if I leased Nemo, and how much more time I wanted to spend with him. I thought about watching someone else show off his pretty trot in a show arena, and then I thought about going out to the barn and hanging out with him in the paddock, hacking around the property, and the hours I could spend braiding his mane and just spending time with him instead. Which one would he prefer?

And so, after some more thought, I did the one thing that, as someone who has bought and leased horses before, I have previously hated when a potential seller/leaser does. I changed my mind. I took his ad down.

I have no doubt that our progress will be slower than if I had leased him out. So far we’ve only cantered one lap around the arena at a time, and trotted over a couple of poles barely raised off of the ground. Sometimes I wonder where he would be with a more dedicated rider. I wonder if he would be leg-yielding yet, or starting over crossrails. Maybe. But I doubt he would care about any of that. At the end of the day Nemo just wants what every horse wants: food, shelter, companionship, and a job he enjoys.

And so, after I finish writing and shut my laptop, I’m going to put my boots on, go to the barn, and waste my horse. I’m going to pet his nose, scratch his neck, put a saddle on his back, and putz around in the arena. I might set up a pole and trot over it, and I might work on teaching him to move off of my leg, or canter a lap or two. I will feed him treats to thank him for the ride and put him back in his paddock, with no plans to show his movement off for a judge or jump for the ribbons. He will eat his hay and nap in the sun with his friends with no idea that he is being wasted, or that he had anything worth wasting in the first place. And I don’t think either of us will mind one bit.

Victoria Shields is a 27 year old all-around rider from Columbus, Ohio. She has a 9 year old Quarter Horse gelding, Houdini, who has been nicknamed “Glass Pony” for his knack for hurting himself in the pasture, and a Haflinger gelding, Nemo, who is 5 years old and just starting to figure out this “riding” thing. She enjoys trail riding on horses that would rather be sleeping, pleasure riding, and low-level eventing. (But REALLY low-level, as in grasshoppers, not beginner novice. Those beginner novice fences are terrifying.)