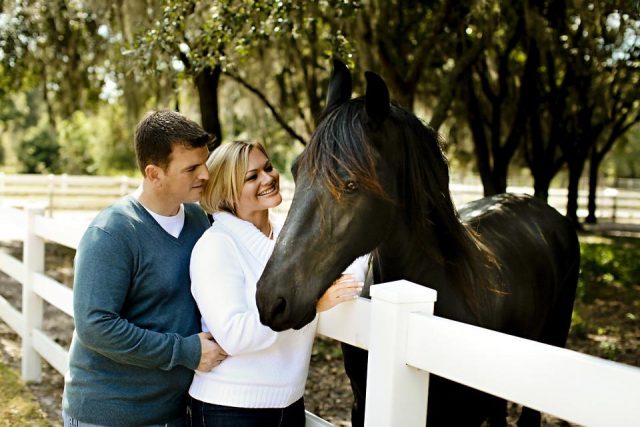 “I told him about my horse passion, and that I hadn’t been around them for a year. That’s when he dropped the big one. ‘My mom has a horse.'” Enjoy the Round One submission from HN blogging contest finalist Sara Shelley! 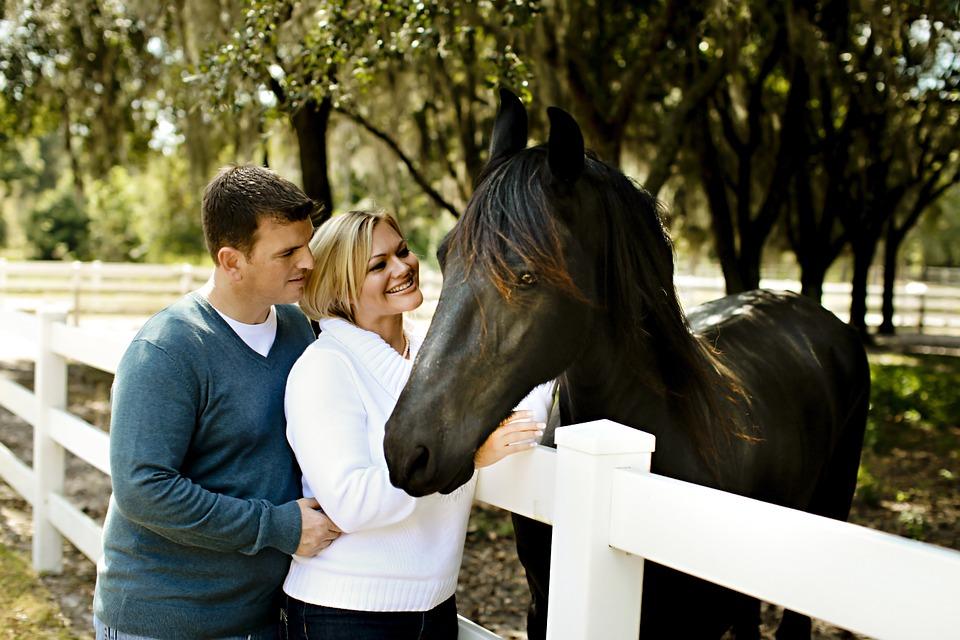 The title says “tries to impress,” but that’s not quite right. You see, it was my actually my boyfriend’s attempt to surprise me.

Allow me to set the scene…

It was early in our relationship and we were at that fun, “get-to-know-each-other” stage. He shared that he was a fireman, and his father too. Pretty cool since my dad was also a fireman. Then he said he’d grown up vacationing in the 1,000 Islands. What in the world? We had a cottage on Wellesley Island where I went every summer! We were obviously well on our way to becoming the new Ross and Rachel.

I told him about my horse passion, and that Dad had sold my first horse when I’d moved out about a year earlier, and I hadn’t been around them since. That’s when he dropped the big one.

Ok. Wait. His mom had a horse? I started to worry this guy might just be trying to impress me…

This was too much. Thoroughbreds are like my heart-horse! AND the first My Little Pony I ever owned was named Sundance! Was this dude sneaking into the memorabilia box under my bed and perusing my old Hello Kitty diary or something?

Well, because he was so sweet and he was also a hot fireman, I decided to ignore my pessimism. Turns out I made a good choice and we were a very happy couple when about 6 months later, he told me he’d like to take me somewhere, but it was a surprise…

I’d closed my eyes during the fifteen-minute drive, and now my boyfriend was leading me, eyes still tightly shut, into… and that’s when it hit me… the smell!!! I realized with a jolt that we were standing in a barn and I immediately started crying. (A warning to guys getting involved with horse girls- even poop can make us emotional.)

It had been so long since I’d been around horses! I was so happy! He’d brought me to meet Sundance, carrots in hand. As I wiped my tears, he said “there he is,” pointing to a stall on my left…

And that’s when I realized this kid didn’t know jack about horses.

“Sundance” was either the smallest, furriest Thoroughbred with some kind of mutation or… he was a 12 hand, geriatric, chestnut pony.

I didn’t want to hurt his feelings, so I said nothing and began feeding “Grandpa Sunny” carrots. Suddenly, my boyfriend exclaims, “Wait! I think this is Sundance over here!“

I got to meet the real Sundance then, a lovely sorrel Quarter horse across the aisle who was rolling his eyes as my boyfriend explained he’d gotten confused because… “Old Pete and Sundance are pretty much the same color. ”

I really love that story: it makes me laugh and it reminds me how lucky I am, because I got to marry that guy who didn’t know anything about horses… except for the fact that they made me super happy.

(He knows the difference between a pony and a Thoroughbred these days…baby steps.)

My name is Sara Shelley, I’m a not-quite-forty-year-old (next month I’ll dive into that fun decade) mom of three, recovering perfectionist, (the struggle is real) freelance writer, random-fact-hoarder, and of course, horse-mad woman.

I’m not a horse-show gal at this point in my life. And though I got my first horse at fourteen years of age, I was thirty-five when I competed for the first time. (with a different horse of course…RIP Magic-Sugarfoot) Took home the blue, (does it matter there were only three entries? Bah) and crossed that dream off the bucket list. At least for now.

Anybody who’s spent any significant time with me is likely to have heard the phrase; “I googled the heck out of it,” or, “thank God my husband does laundry,” and, “If fried food were nutritious I could be sooo healthy!”  I love writing, reading historical fiction, brushing my horse until she gleams, (show-sheen addict, in the house) everything OTTB, watching random documentaries and making people laugh.