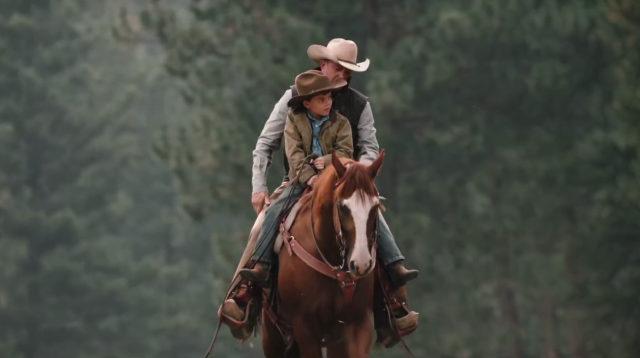 One of the summer’s most popular new series, Yellowstone has a few big reasons why we should love it — namely, the horses! Maria Wachter counts down a few more. 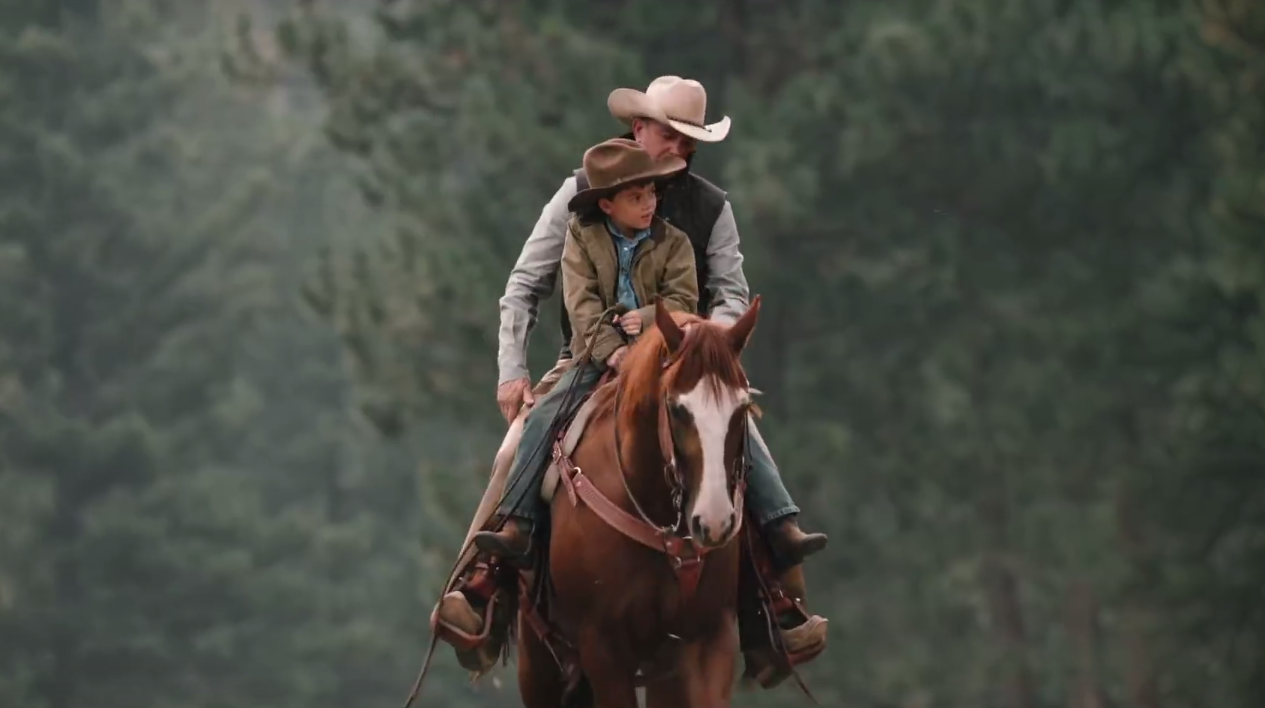 Yellowstone is the new series on the Paramount channel that we just can’t get enough of. It’s like Dances with Wolves meets The Sopranos. A basic synopsis of the plot: cattle baron versus land developer based in Montana on the fictional Yellowstone Ranch.

John Dutton, played by Kevin Costner, is the patriarch of a very dysfunctional family with way too much money and way too much land trying to preserve a way of life they’ve been accustomed to. There’s a land developer that wants to build houses on the Yellowstone Ranch, and then there’s a Native American tribal chief that also wants the same land used for his reservation to build a casino. Basically, everyone is out for John Dutton’s land and he is doing everything in his power — legal and illegal — to protect it. Besides the gripping story line, there’s also beautiful country and lots of beautiful horses in the series, hence the reason we can’t get enough of it.

A few standout reasons you should give Yellowstone a try:

1. Kevin Costner is in it and he is sexy as ever. Anyone that has seen Dances With Wolves probably had a crush on him at some point: not only did he do his own riding stunts, he also was astride the prettiest buckskin quarter horse we’ve ever seen.

Also, he has to be one of the only Hollywood stars that seems to be aging gracefully without using plastic surgery. If he has had plastic surgery, we sure can’t tell. He’s a good actor AND he knows how to ride.

2. There are so many scenes we can relate to. In the opening scene of the series, John Dutton has to put his horse down on the spot after he has a trailer wreck with him. It’s something we all dread and probably all can relate to — we have all had to make the tough call to put a horse down, or know someone close to us who has. (Okay, so the way he put him down in the show may not have been super accurate — but we can all agree that making that call sucks.)

In a later episode, a girl gets bucked off a horse because he got bitten by a horse fly and she gets impaled into a T-post. Pretty unbelievable, but with horses AND horseflies anything is believable.

3. They all drive diesel trucks. The boys at the ranch all prefer Cummins-powered Rams, while Kayce, the black sheep of the family, prefers driving an old Ford pickup.

4. So much family drama. Anyone with a big family can probably relate, and also not feel so bad for having a dysfunctional family.

5. There’s always that one horse… This one happens to be a grullo stallion that will make each person that climbs on his back really work for it. He’ll help you differentiate from the horsemen and wannabes. Plus, I’m sure we can all relate to owning that one horse that only we can ride and insists on bucking off everyone else.

6. Sometimes they’ll have a scene that really makes you say “why have I never thought of it in this way before?”

This scene is a real doozy:

7. Beth is that crazy psycho daughter that we can’t help but love. The more you watch the show, you realize she is the way she is, but…

8. We’re all jealous that we don’t own the Yellowstone and we can all agree that we probably would do all it takes to keep it, too. Seriously, Horse Nation is shopping for a new headquarters. Let’s throw our hat into the ring with the land developer, the chief and the Dutton family too.