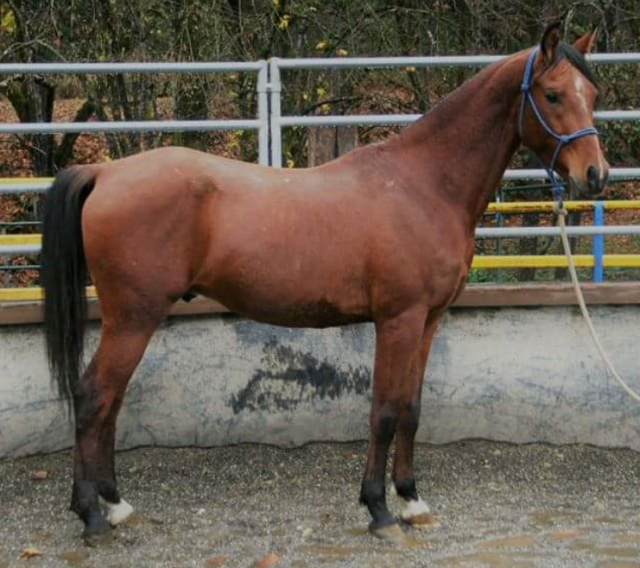 I have always wanted to find a diamond in the rough. The horse that everyone else overlooked. The underdog. My budget to purchase horses has never allowed me to spend the money on the diamond, so I find myself scraping in the dirt to try to make something out of nothing. Usually finding myself dirty, rough, and covered in manure.

Case in point, my first horse I purchased for myself was $400 (with a month of free board thrown in). I was hoping to find the underdog, my diamond in the rough that would become my competitive endurance horse. I dragged my friends with me to look at the sad, grey mare to ensure that she had four legs, head and tail in all the right spots. Their slight nod of approval was all I needed to justify her purchase. Jersey entered my life as an unbroke 11 year old with a robust history as a pasture puff. My logic was she had low miles, needed groceries, and was a blank canvas on which I could paint my endurance dreams.

What I didn’t bank on was that Jersey didn’t want to be an endurance horse. After trying to fit a square peg in a round hole, I gave up on dashing down the trails and settled on dressage. She thrived. Then strained a suspensory. Two years of rest and rehab failed and she became my glorified lawn mower. So I moved my dreams onto another horse. 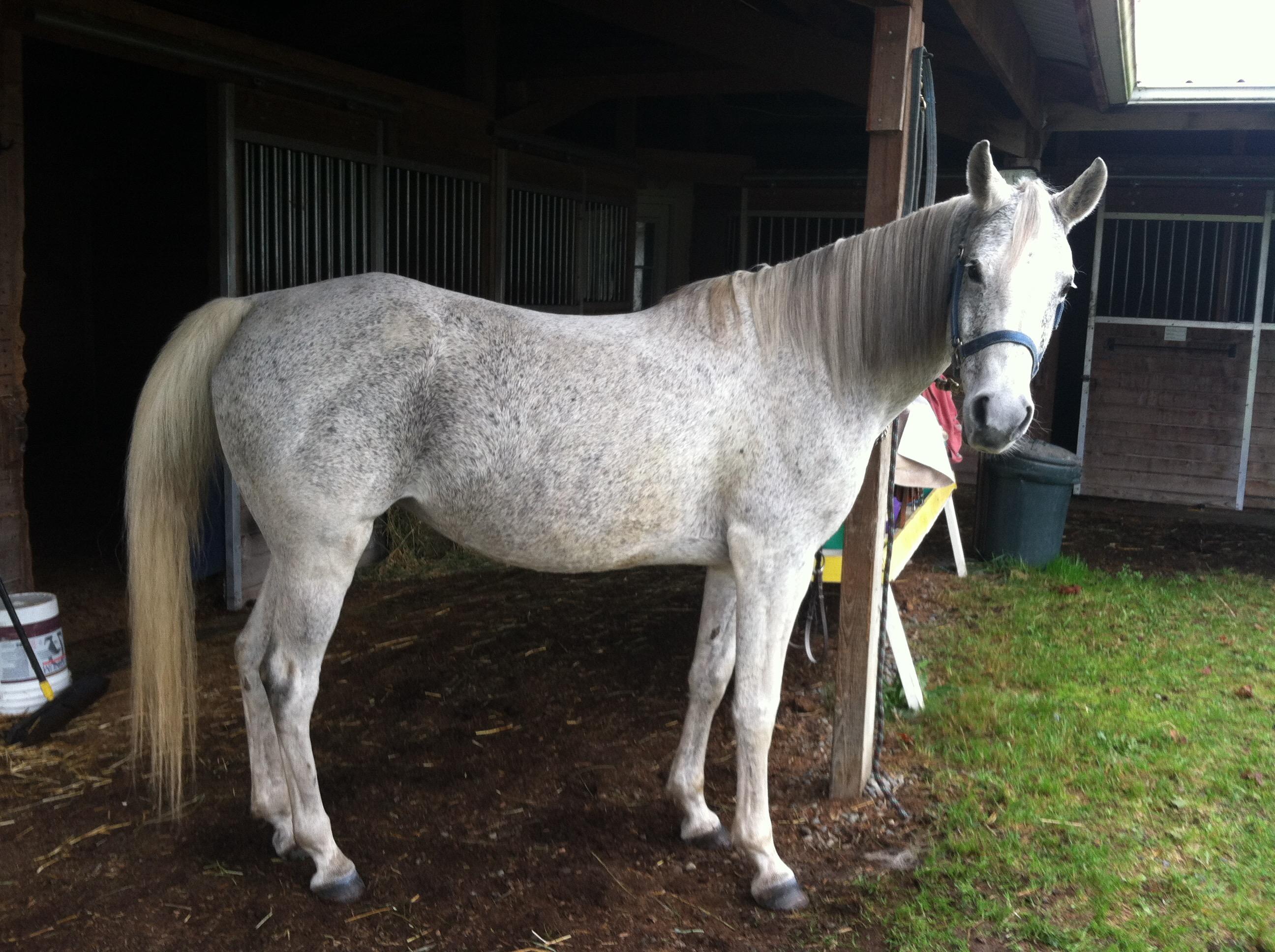 All photos courtesy of Sophia McKee

I spent more, $3500 to be exact. And even had a whole summer leasing the mare so I thought I knew what I was getting. She was (is) brilliant. Our first limited distance ride she finished first on a mountainous course with me riding her conservatively. My ambitions for Sydney soared. A week after the ride a freak paddock accident left her with a fractured coffin bone. I bought her anyway. I had seen her potential, her athletic prowess. We rehabbed. Made it to another ride a year later and finished fifth (again riding conservatively). She was everything I wanted her to be. Competitive, but manageable. Smart. Strong. But she wasn’t “right”. So I opted for surgery and started looking for a backup horse in case Sydney’s legs simply wouldn’t be strong enough to carry my hopes and dreams. Looking for another diamond in the rough. 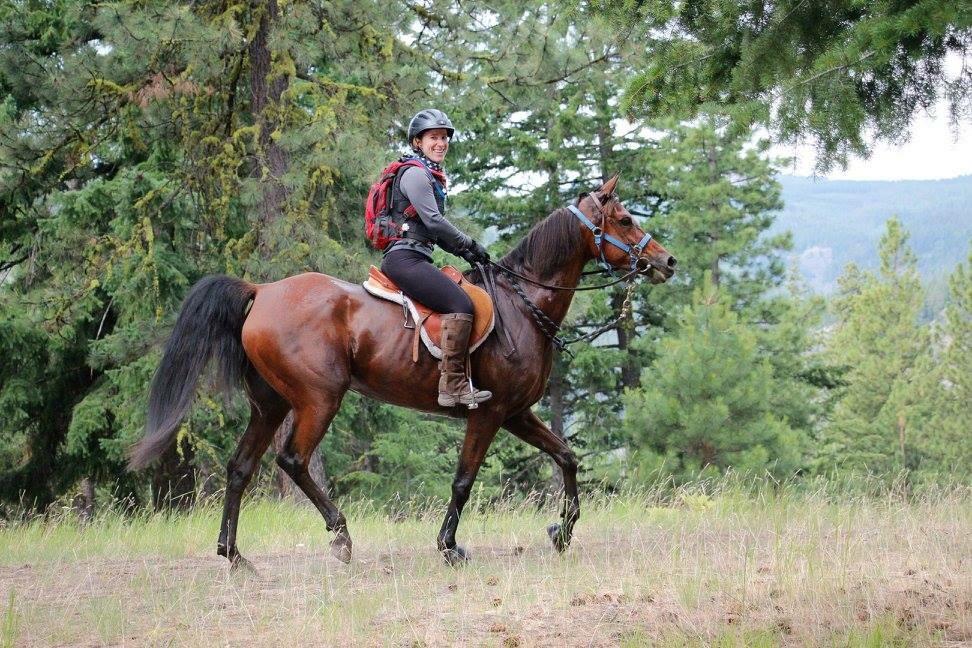 Enter Shiloh, a Russian bred Arab gelding of indeterminate age (we believe 8). He is a true diamond. But perhaps, not for endurance. Time and fitness will tell, but something suggests that he will more likely just make for a solid equine citizen that does whatever is asked of him. A family horse with love to give. 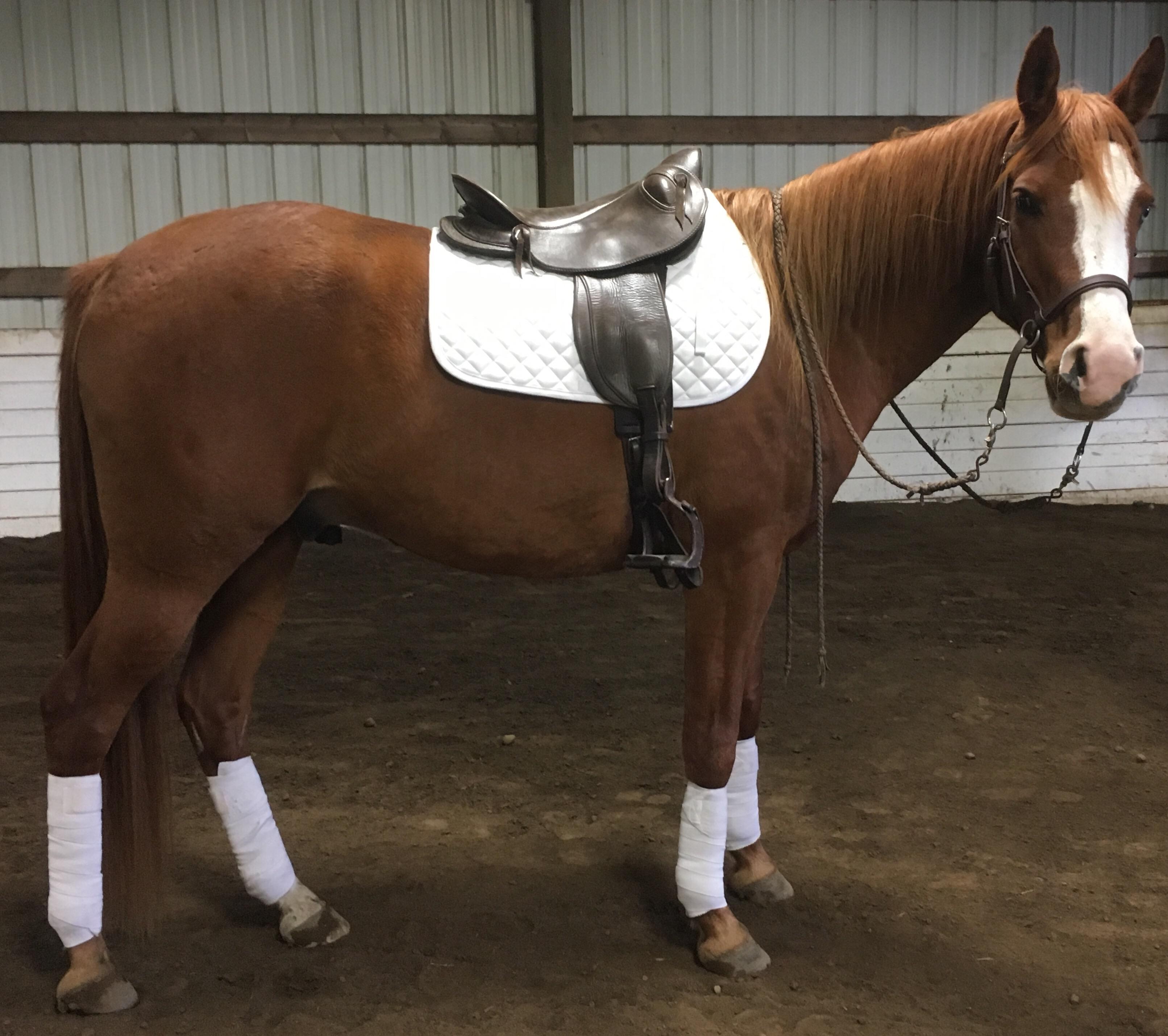 My pursuit of the elusive athlete continued.

So as I scrolled through Facebook Saturday night, a horse caught my eye. A three-year-old grade Arab gelding. Unbroke and set to go through the Eugene Livestock Auction on Sunday night. Who in the world would want this plain bay with no history or skills to offer? Why would he be worth anything more than his meat price? And what did he lack that led him to be there in the first place? 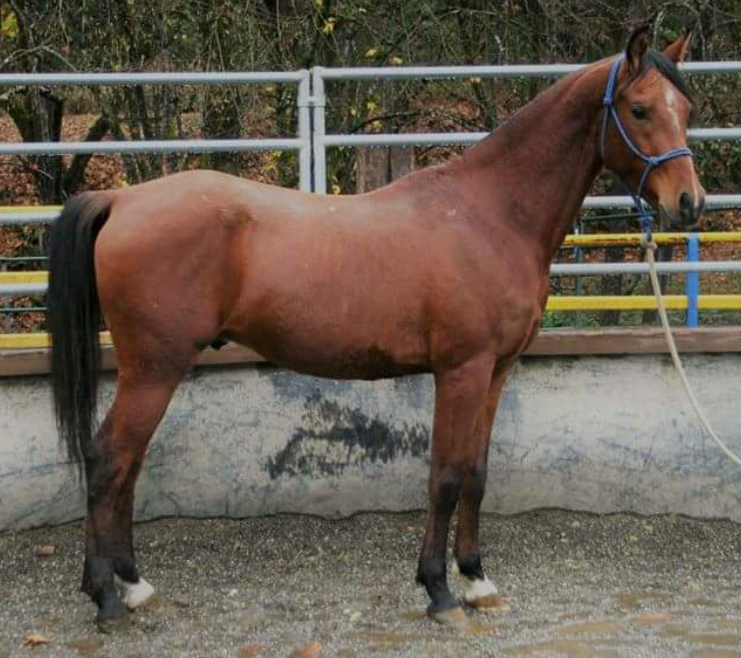 But his legs looked straight. The head and tail were in the right place. No idea if there were brains between the ears.

I kicked the dirt a bit. Do I gamble? Take a risk? Buy a horse I have not laid eyes or hands on? I’d walked away from many prospects. I had looked at many horses before buying Shiloh so I wasn’t overwhelmed with a compulsiveness to buy a horse for the sake of buying a horse. Or to save a horse just because he needed saving.

But part of me wanted to buck the odds. To save the underdog. To pick up a chunk of dirt, polish it up and find a diamond in the rough.

I dialed the number.

And the adventure begins.

My nickname in school was “horselady.” If I’m not mistaken, it was printed in an unflattering manner straight across the back of my cross country shorts in high school. I love horses. That’s me in a nutshell, and it’s gotten me to everywhere I’ve ever gone! It led me to be a more patient and gentle person, it led me to my soul mate, helped me recover from losing my soul mate (via divorce, he’s not dead), and it led me to adventure…on horses…around the world.

I’m fiercely loyal, don’t believe in horoscopes, and I’m always seeking something more in my life. My favorite color is green. I’m short, but without a complex. I always wanted to be a jockey and when that didn’t happen I married one. Then divorced one.

I learned to ride by what my horses taught me. I wasn’t much for formal lessons simply because I couldn’t afford them. I ran away from home when I was a teenager – on horseback, for all of three hours (I got hungry, so I came home).

I seek out the most extreme adventure riding on horseback around the world:

Hoping to ignite the fire of adventure in others and find out how far we all can really go.