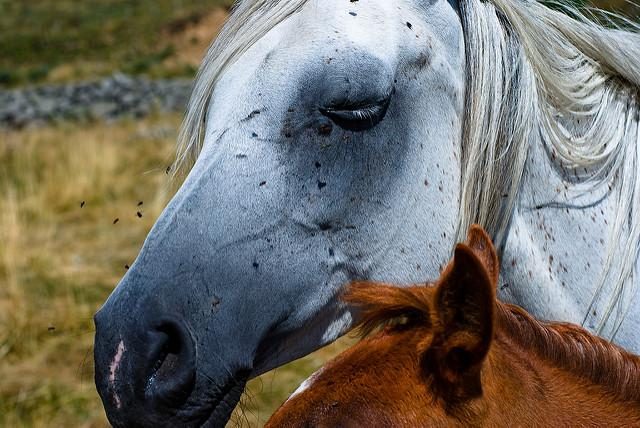 Hey, the more you know… this week’s deep question: where do flies sleep? 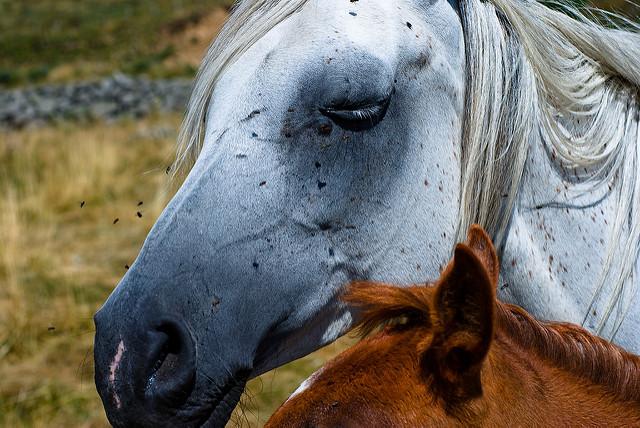 Let’s just admit it: we all hate flies. No matter how much of an animal lover you are, you probably could do without the common house fly. Now that summer’s almost over, the fly tyranny will soon be ending. That means all the fly sprays, fly masks, and assorted other battle weapons can be put away until next summer when the war continues, horse versus fly.

As bad as flies are, we all do get a break from them come dusk. And as much as I hate to admit it, they’re just like us in so many ways!

I always wondered what happened to them at night. Where do they all go? I did some research to find out that flies sleep during the night. They actually need their beauty rest, just like us. Even though those little monsters only live an average of three to four weeks, they spend their nighttime hours sleeping… AND… if they don’t get enough sleep at night, they’ll make up for it during the day, because they get all miserable and cranky (or so I anthropomorphize) if they’re sleep deprived.

They don’t have a nest or colony they retreat to. Any old place will do to catch some shut-eye. They prefer undersides of leaves and the rafters of barns — basically any place that they won’t be too disturbed… how adorable.

Just like humans, caffeine and stimulants will keep them awake. Just like a little, buzzing, annoying human that’s ingested too much coffee throughout the day, they too will have a hard time falling asleep.

Last night as I was sitting in my living room catching up on my Netflix shows, I glanced over and saw a fly grooming his/herself like he was washing his face getting ready for bed. I tried to kill him to send him to a quick, permanent lights-out, but even in his tired, worn-out state after working all day, he still had enough energy in him to quickly dodge my hand and fly off somewhere else to get some zzzz’s. I’m not sure my reflexes are that sharp at the end of the day. I’m impressed.