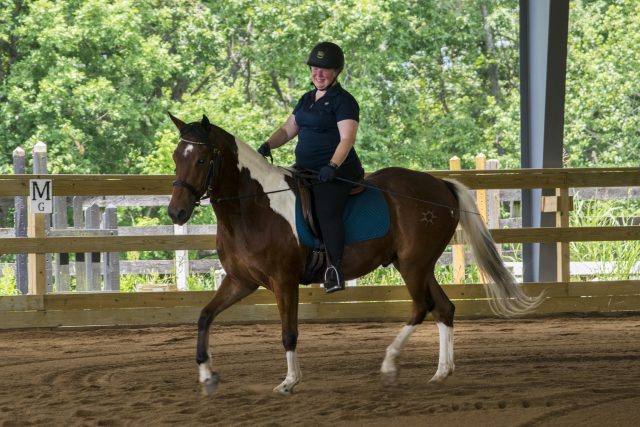 I am a horsewoman. I claim that title of honor based upon decades of investing resources, sweat, tears, even a little blood occasionally, along with thousands upon thousands of hours of my time – time reading, observing, learning, mucking, grooming, healing, hauling, training, riding – all of it.

I have also had established professionals label me as “horsewoman,” “mustanger,” “top hand” and the like. The day JJ Tate told me, “I have rarely seen horsemanship skills as good as yours” was, for me, the equivalent of winning Olympic Gold. #bucketlistWIN 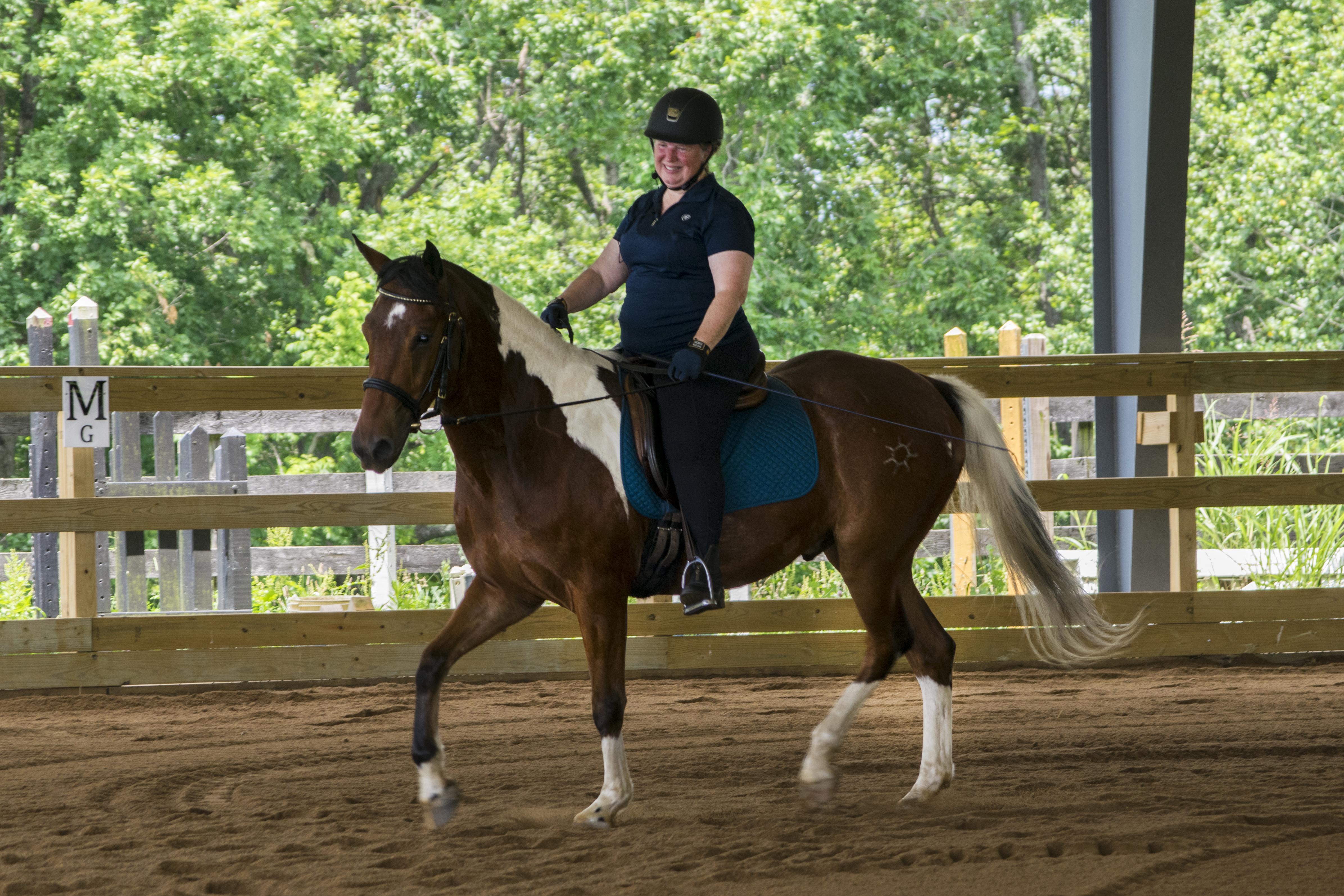 A good horsewoman always does what is best for her horse. A great horsewoman never stops asking the question, “how is my horse doing right now? And now? And now?” Over and over again, with every single stride, related queries arise, “Does he understand what I’m asking? Could I ask it in a different or better way? Is my release/reward timed exactly right? What can I do better? Is my horse enjoying his training?”

As I continue to recover from my recent “great fall,” it is this last question that has kept me awake at night.

Does Kaliwohi enjoy his training?

When a seemingly sane, sound animal acts in a very unpredictable manner, the default starting points to check are health and tack. Kaliwohi is healthy; he does not have ulcers or issues with his mouth or feet or anything. His tack fits well. He is grumpy when the girth is tightened, but there is no medical reason for this; he’d just rather nap than work.

Health = check. Tack = check. Next is stabling conditions. Has anything changed there? And the answer is a ginormous “yes” that I’ve only recently begun to understand.

Kaliwohi was captured by the BLM when he was only eight weeks old. I know this because the BLM records reflect his capture date and his approximate birth date. I do not know if he was separated from his mother at that tender age in the BLM holding pens or not.

When I first met Kaliwohi he was in a pen with about ten geldings, and Kiwi was “connected at the hip” with one of the other yearlings. As he was cut out of the pen and run through the chute system to be loaded onto the trailer to come home with me, he was understandably agitated and upset. I doubt he had ever been alone, without any equine companions nearby, in his entire life.

Once home, Kaliwohi joined my herd, and he was quickly put in his place at the very bottom of the pecking order. My lead mare, Grace, was relentless in biting him, pushing him, and giving him the classic “mare glare” to make sure he knew he was “omega” to her “alpha” status. An aged pony mare and a young walking horse gelding rounded out my herd of four at that time, and everyone picked on Kaliwohi.

This spring, there was a lot going on in my personal life (sigh – divorce is SO not fun, even when it is the right decision). My friend Tess had excess pasture, and I had excess horses, so the pony mare and walking horse gelding went to an extended “summer camp” stay with Auntie Tess, leaving only Grace and Kaliwohi here.

And something extraordinary happened.

Kaliwohi was instantly promoted to Grace’s best pal. The two horses bonded to the point where they now eat together and sleep next to each other most of the time. 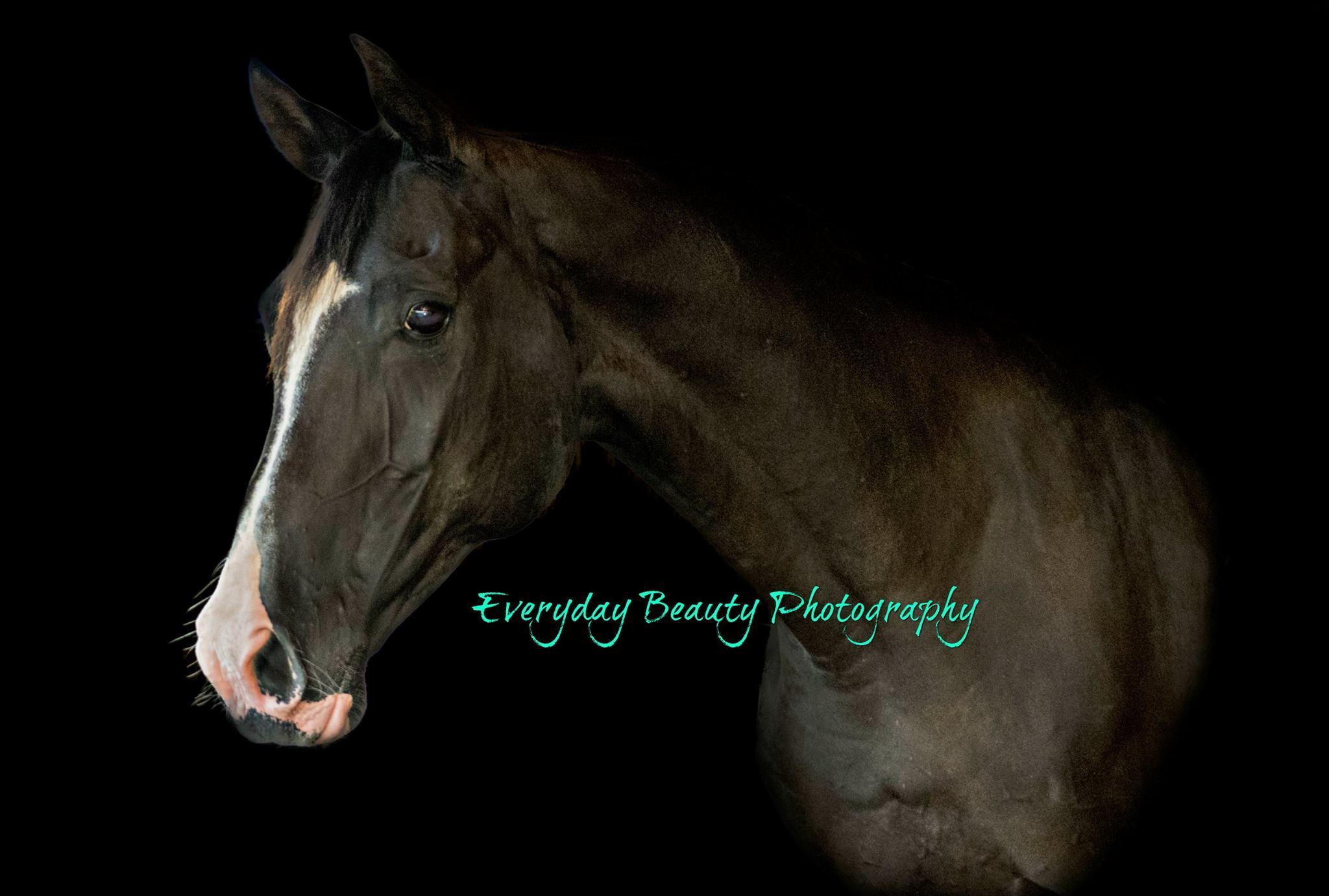 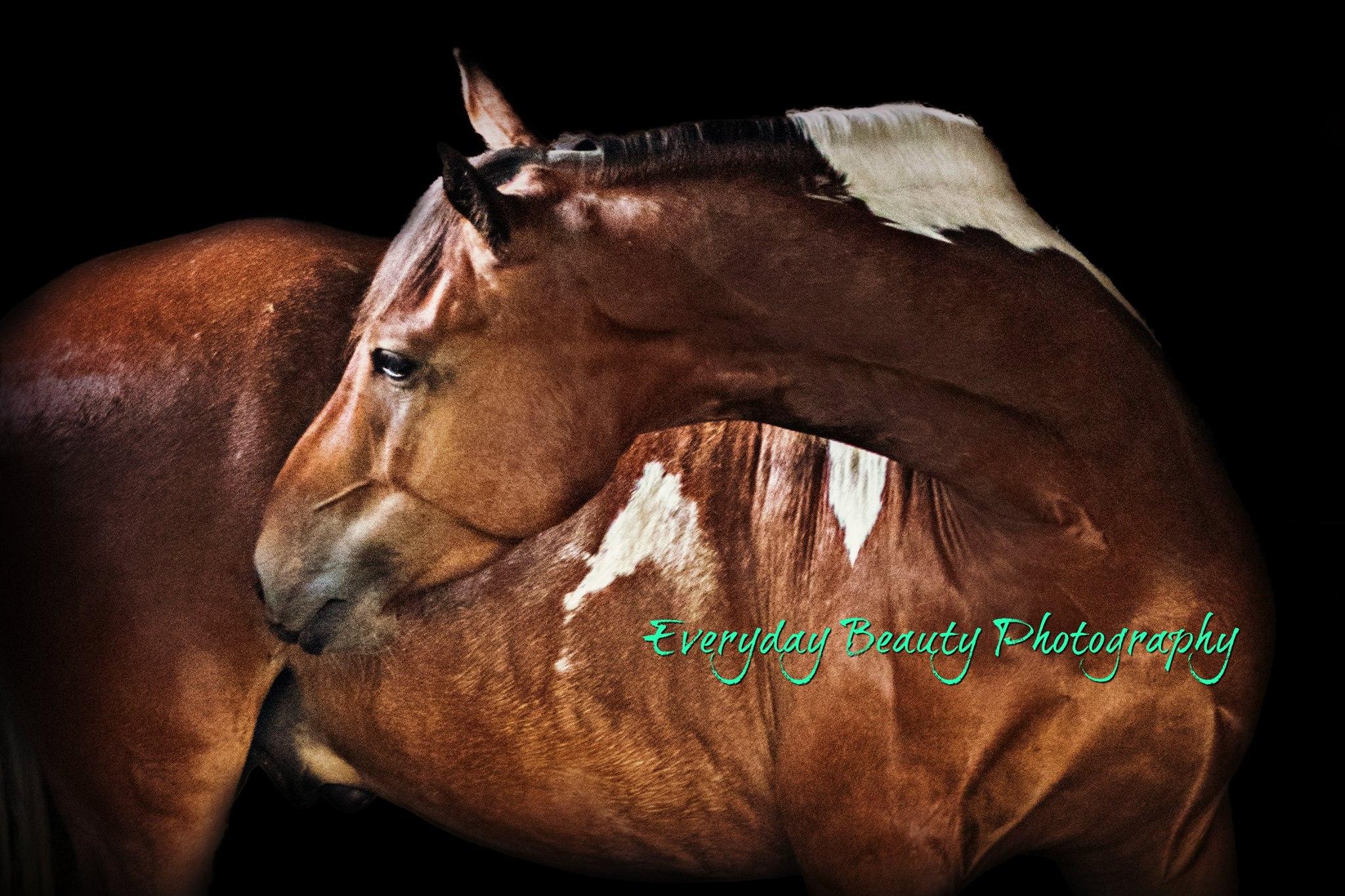 Reflecting on that question, “how is my horse doing right now?” Kaliwohi is thriving in his herd dynamic. He is totally bonded with Grace and they can be found together, always, anywhere on the farm.

The disastrous fall three weeks ago was not the first time Kiwi had spooked and bolted. It was just the first time I have come off him. In all such instances over the past several months, some outside stimulus spooks him, he revs up for four to six strides, refuses to listen when I ask him to refocus, and then all hell breaks loose.

Each and every time, the commonalities include Kiwi being away from his herd, an outside unexpected stimulus and his panic attack.

I have discussed this behavior with a respected fellow mustanger who is far more experienced than I, as well as a trusted online forum for mustang owners. Folks have been kind and supportive and have offered some helpful tips.

There is also a raw truth to consider, as many of my fellow mustangers have attested. Some mustangs have what (I now know) is affectionately dubbed, “mountain lion syndrome,” where, under stress, the wild instincts for self-preservation kick in and override every possible command a rider might convey at the moment. For such animals, even if they are slow-poke, dependable sleepyheads 98% of the time, that other 2% of the time they are unpredictable and always a risk. A terrified horse in a blind run is nothing to trifle with.

A fellow writer here at Horse Nation recently shared with me a similar story about an Arabian she was paired with while working as a guide on a ranch out west. While tourists snapped scenic photographs aboard their dozing quarter horses, this professional horsewoman found herself sitting on a ticking time bomb. The Arab could be dozing one minute and then, with no provocation, explode and bolt. After the second such explosion, the woman wisely refused to ride the horse again.

So, as I take some time to heal, I find myself asking, “what is best for Kaliwohi, and for me?” Kiwi would never walk up to me and ask to be saddled, or ask for a bit in his mouth, or ask to go work up a sweat. He would much prefer to stay near Grace, safe and content. Is he spoiled? Herd-bound? Barn-sour? Or is he simply, purely, and wonderfully wild?

Yes, Kaliwohi and I will return to the round pen. Yes, I will work Kiwi in the round pen – probably for months – to see where any training holes might be, and try to fix those, if there are any. As anyone who has followed this column over the past year can attest, I have taken things very slow with Kaliwohi and worked to make certain there are no holes in his foundation.

But here’s the thing: Kaliwohi will never care if he doesn’t become a reliable riding horse. That has been my goal, not his.

So what am I trying to prove?

I have zero show aspirations. I don’t need to win a ribbon to validate myself as a rider or as a horsewoman; I have earned the respect of horsemen and horsewomen whose opinions I value (see “Olympic Gold” moment above).

I enjoy having horses in my life, but that enjoyment is not based solely on riding and training; I enjoy spending time with them in the quiet of the morning as I clean the barn, or listening to them munch hay as the rain falls outside. Working with Gil, a yearling saved from the slaughterhouse and the newest addition to my equine family, is incredibly rewarding.

Do I still enjoy riding? Yes, sometimes. (sticky southern summertime riding when it’s over 90 degrees and above 90% humidity – not so much.) Do I want to ride Kaliwohi? Raw honesty – I am not sure.

He won’t care one way or the other.