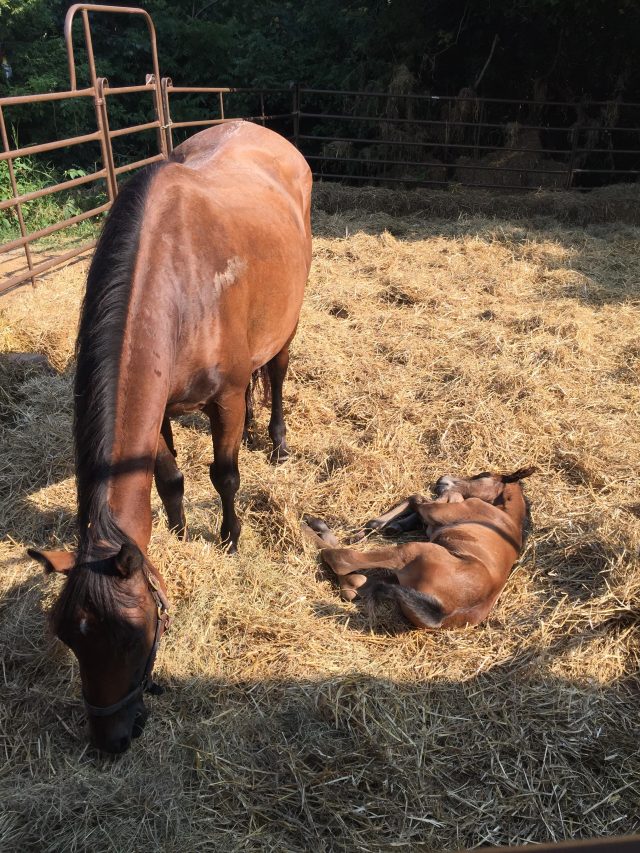 A case story with a happy ending.

Last summer about this time, I got a call from a kind-hearted soul who was at the local slaughter auction. She sent pictures of a heavily bred mare. According to her narrative, a quarter horse breeder had decided to downsize his broodmare herd and several dozen very pregnant mares were standing in the pens, waiting to ship to slaughter.

I had always wanted to observe a foal being born. And the idea of saving even one pregnant mare from the slaughter house appealed to me. So I agreed to take in the mare. 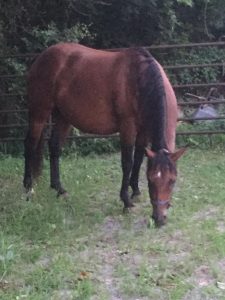 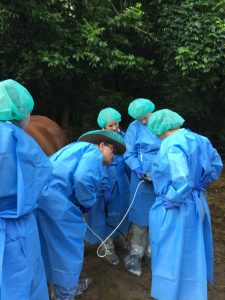 Pregnant mare from the slaughter auction. I named her, “Ruby.” UTCVM conducting an ultrasound on Ruby to try and determine when her foal might arrive. Photos by Esther Roberts.

Ruby arrived and was placed into quarantine. The University of Tennessee College of Veterinary Medicine came out and did a complete work up on the mare and her unborn baby. The pregnancy appeared normal, despite the mare being less than two years old herself and basically unhandled. We had no clue as to what she was bred with, so I didn’t know if I should expect a stock horse, draft cross, or mule!

I began gentling the mare and preparing for a baby horse to arrive in a quarantine pen. Quarantine pens are not at all the ideal environment for a nursery, but there was nowhere else to put the mare that would not expose healthy horses to whatever germs she might be carrying from the auction.

Ruby bagged up quickly and heavily. 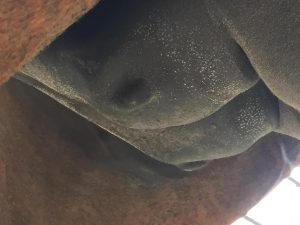 Ruby’s bag the day before Gil was born. Photo by Esther Roberts.

On Saturday morning, July 22, 2017, I awoke at 5 a.m. and headed out to feed the mare like normal.  Instead of lying on her chest or sleeping standing up, Ruby was lying flat on her side with her tail straight out behind her. The foal was on its way!

I grabbed my phone and rushed out to the mare in my nightgown, so I wouldn’t miss watching this miracle of new life arriving. Everything went like clockwork and a healthy colt was born quickly! 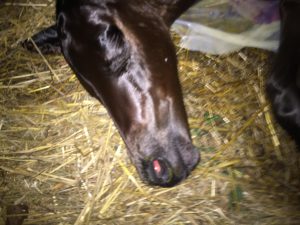 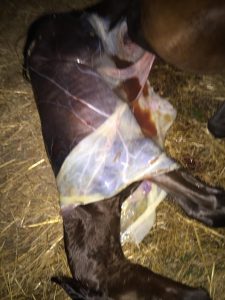 Gil as he arrived, early on a Saturday morning. Photos by Esther Roberts.

As soon as the foal stood up, I felt confident he was all stock horse; as he dried off and the sun rose, his conformation appeared very true-to-type for a purebred quarter horse. I named him “Gil,” which is Hebrew for “happiness.” Gil had been through the slaughter pipeline in utero and had somehow survived, so I wanted to give him a name that would, hopefully, provide positivity throughout his lifetime. 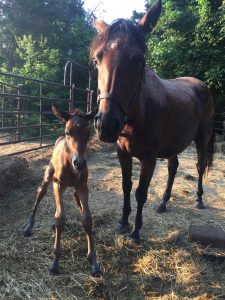 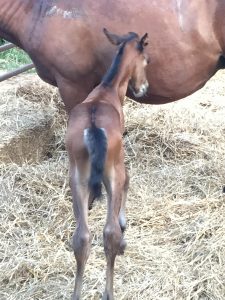 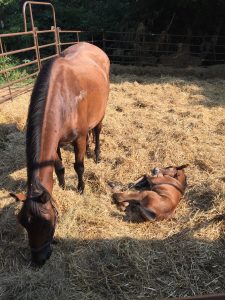 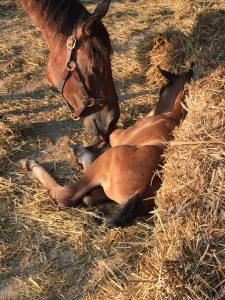 Ruby proved to be an excellent mother, despite her youth and lack of experience. She was attentive and loving to her foal. She was cautious yet never overly protective of Gil. For me as a “first time foaling mama,” Ruby and Gil were excellent and kind and good. I was very fortunate Gil arrived early on a Saturday morning, because I spent the first forty-eight hours of his life watching him, imprinting him, and enjoying the marvels of those first two days of life. Gil stood up within a half-hour of his birth; he nursed within the first ninety minutes; he was scampering around his pen within just a few hours, and I got to be there for all of it. #BucketListWin 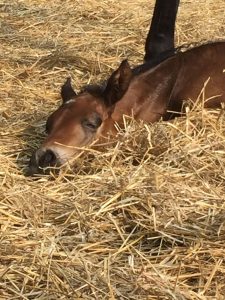 Since I’d never experienced a newborn foal before, and I have no human children, I indulged in some formal “baby portraits” of mom Ruby and baby Gil. 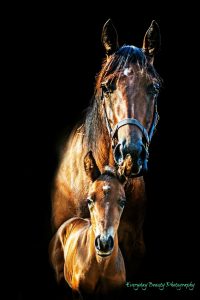 In time, after Gil was weaned, Ruby was rehomed to a local family. She is now a three year old and is being trained under saddle for western riding and trail riding.

Gil, however, took his very first breath into my hands, and my prayer is to keep Gil until he takes his final breath, hopefully many decades in the future. Keeping a horse throughout its lifetime is the one way to assure the animal never enters the “slaughter pipeline.” That is my primary goal for Gil — to keep him safe and happy throughout his entire life.

Now almost a year old, Gil is a smart, sane, (now) gelding, with a quick mind and a willing spirit. He is a delightful addition to my equine family and I am grateful to have played a part in saving his life from slaughter. 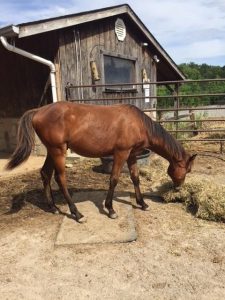 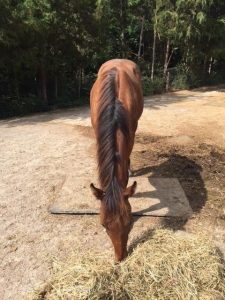 My experience with Ruby and Gil is one of the “happy endings” regarding horses coming from a slaughter auction.  Fortunately, there are similar stories of great horses being saved from slaughter all over the country. While saving Ruby and Gil did not put a dent in the “slaughter pipeline” or solve the equine overpopulation crisis in this country, I am glad they are alive and safe.