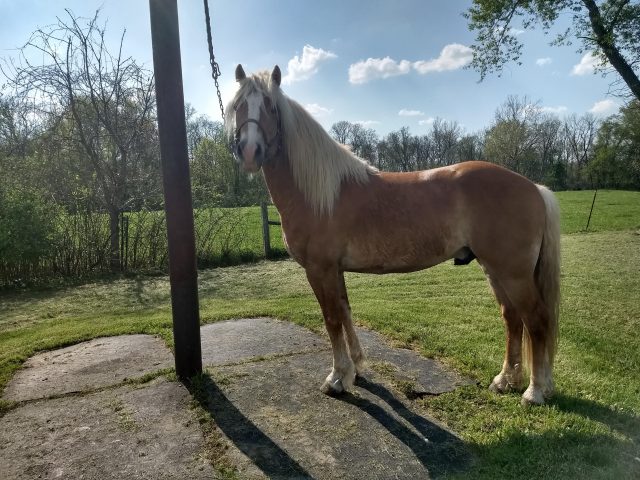 “As we waited for the blood tests to come back, I couldn’t help but wonder what I wanted the results to say. If he was a cryptorchid or proud cut it could mean an expensive surgery and a long recovery process. But if he wasn’t, was this just the way he was?” 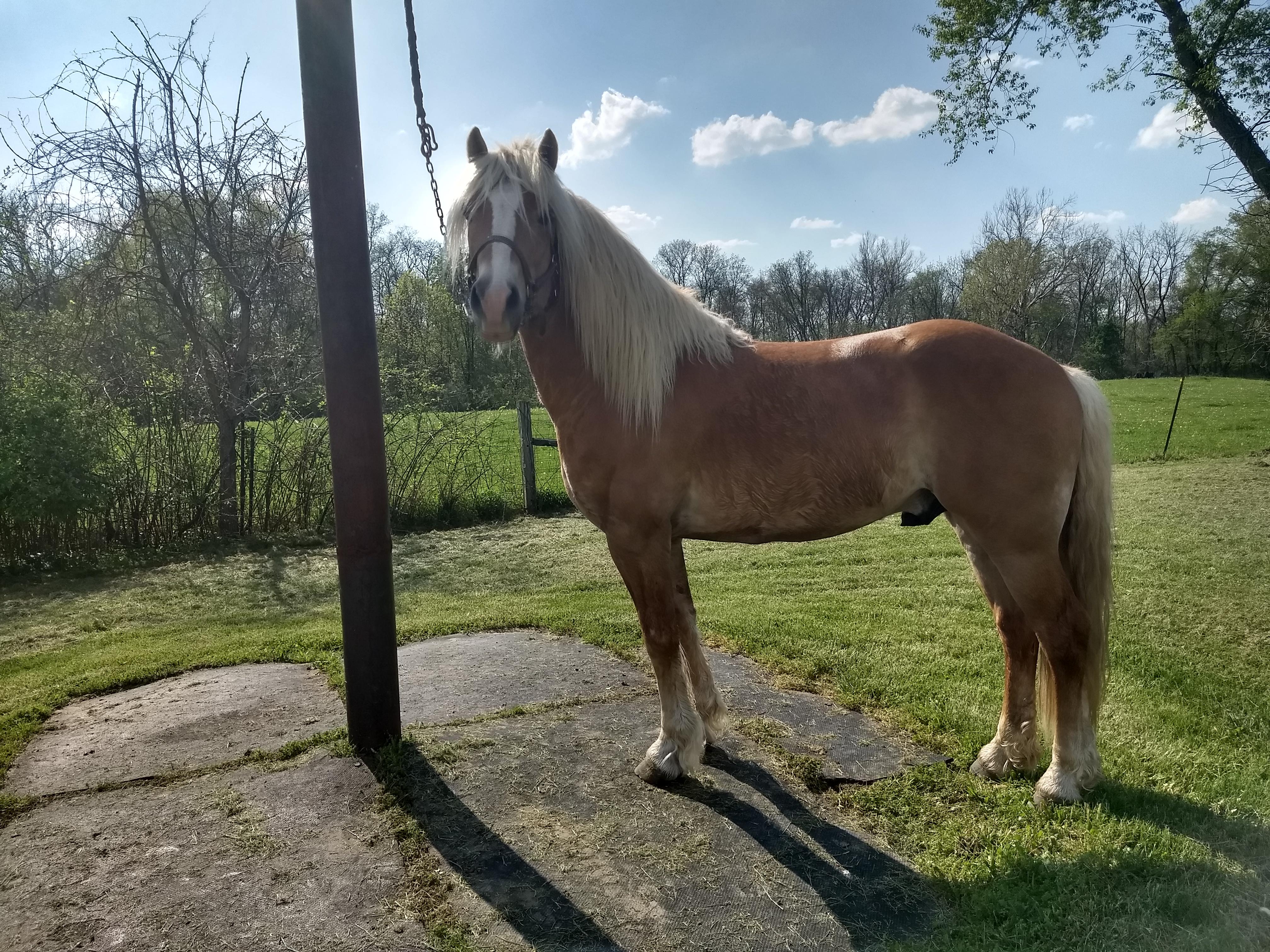 All photos by Victoria Shields.

In Part 1 and Part 2 of my story I describe how I purchased my new horse, Nemo, despite a few red flags, and quickly learned I was in over my head. The story continues below.

The first day I tried to work with my new horse had been an utter disaster. When I came back the next day I had a newly purchased lunge line with a stud chain and, after an extensive pep talk to myself, a new resolve. I reminded myself that I was in this for the long haul, and I wasn’t going to let one bad day ruin my start with my new horse.

I told myself that I was going to lunge Nemo, no matter what. I was prepared as I led him into the barn. He started to try to run me over and drag me down the aisle again, but I was ready this time. I made him stop and back up and mind me, and we made it into the arena without any major issues. As soon as I stepped back to lunge him he took off like his tail was on fire and nearly ripped my arms off, but I was able to hold on and keep in him my half of the arena. He reared whenever he stopped, so I kept him moving. He tried to run me over when I let my guard down, so I learned not to let it down. I tied him to the wall afterwards and watched as he threw a fit at first, and then realize he wasn’t going anywhere and calm down. I called that enough for a day and turned him back out. I still felt overwhelmed, but I was starting to find my footing.

Every day I worked with him was the same, with little to no forward progress. He broke halters and ripped lead ropes from my hands, and I started to feel like “that person” at the barn — the person who bought a horse who was too much for them, and inconvenienced everyone else. I said “I’m so sorry” to all the other boarders at least three dozen times each, but thankfully I have a wonderful barn family that was nothing but forgiving and encouraging as I struggled through those first couple of weeks.
All the dreams I’d had for my new horse dissolved, and now all I wanted was to be able to lead him safely. I enlisted the help of the barn owner, who would get him out and work with him for me sometimes. He made some progress, but we were still struggling to get through to him. We even tried to hobble train him in an attempt to curb the rearing problem, but he snapped the hobbles.

The more I worked with Nemo, the more suspicious I became that he might not actually be a gelding, even though he looked like one. He was the most reactive around mares, and became extremely upset around a mini stud. I consulted his former owner, who assured me that he had been sold to him as a gelding. He said he’d even kept him with mares before, although he acknowledged that those mares had beaten him up a lot and ostracized him from the herd. I was noticing the same pattern in the herd where I had him boarded. He would often stand on the opposite side of the pasture from the other horses, and when he came near they would all pin their ears and threaten to kick him. Did they know something I didn’t? 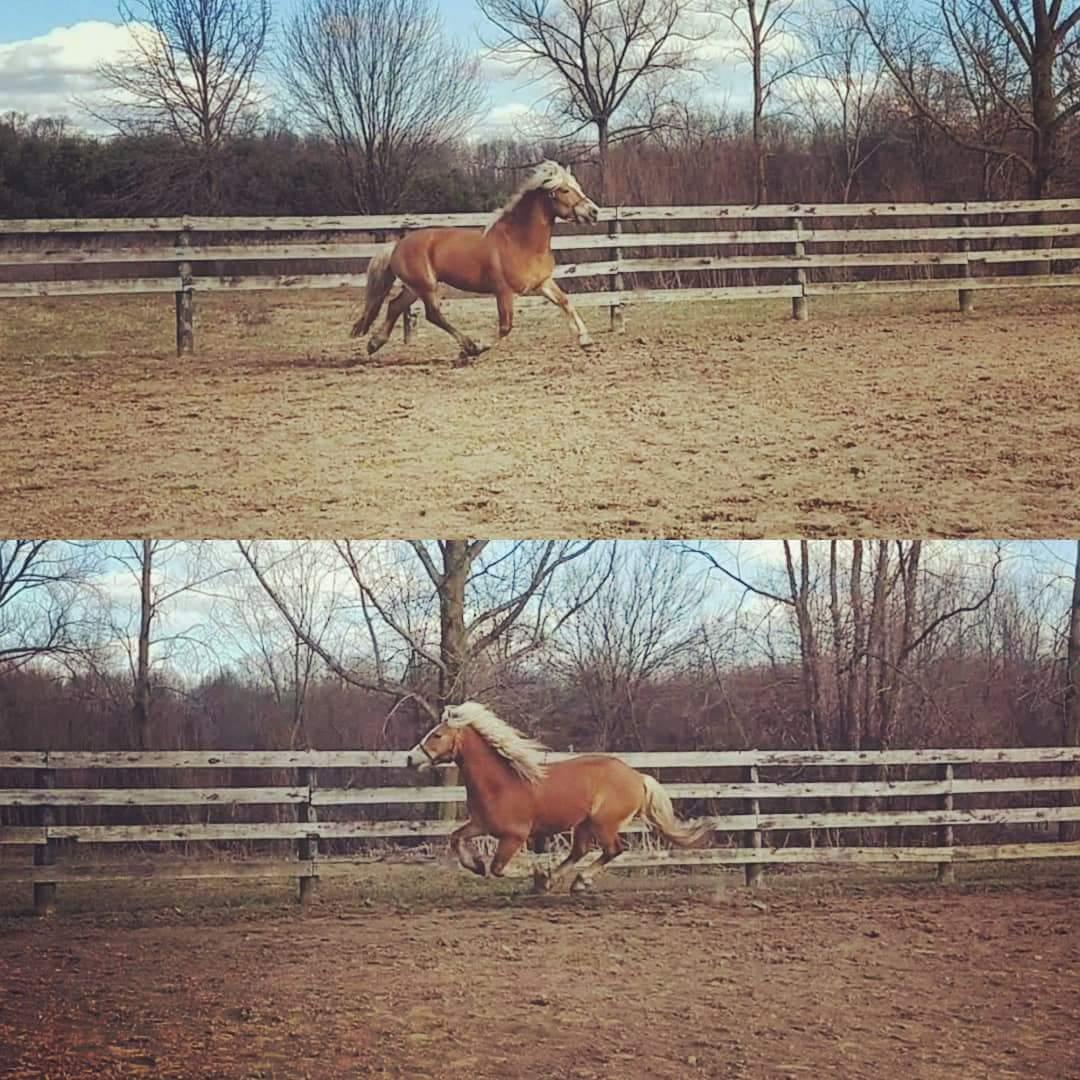 One day I arrived at the barn to find that Nemo had jumped out of his paddock and into a pasture full of mares. I grabbed his lunge line and by the time I came back I realized, with a sinking feeling of horror, that he was attempting to mount the mares and give the barn kids an unwanted lesson in equine reproduction. I immediately started chasing him off, but it was no use. As soon as I got him to give up on one mare he charged after another. Thankfully, some other boarders and the owner of the barn jumped in to help, and we all managed to bring the mares in and then catch Nemo.

We put him in a stall (which he immediately started to try to tear down) and I called the vet. If there was something going on, I wanted to find out. We drew blood and decided to keep him stalled while we waited for the results. He was too unpredictable for the barn workers to handle, so I went up to the barn every day to clean out his stall and work on lunging and tying. I was tired and often felt defeated, but I was also learning more from him than I had from any other horse before. I’m not sure if I would have made it without my other gelding, who let me sit bareback on him and reminded me why I loved horses, and why I was fighting so hard for Nemo. He has always been my rock, and I am lucky to have him.

As we waited for the blood tests to come back, I couldn’t help but wonder what I wanted the results to say. If he was a cryptorchid or proud cut it could mean an expensive surgery and a long recovery process. But if he wasn’t, was this just the way he was? Had I really misjudged him that badly when I went to look at him? Had I been so blinded by how beautiful he was, and how well he moved, and how much I had always wanted a Haflinger, that I ignored the fact that he needed a far more experienced horse person than me?

I was torn about whether I should keep trying to work with him or find him a home with a more confident horse person looking for a bigger project, but I knew I couldn’t make the decision without getting the blood test back. 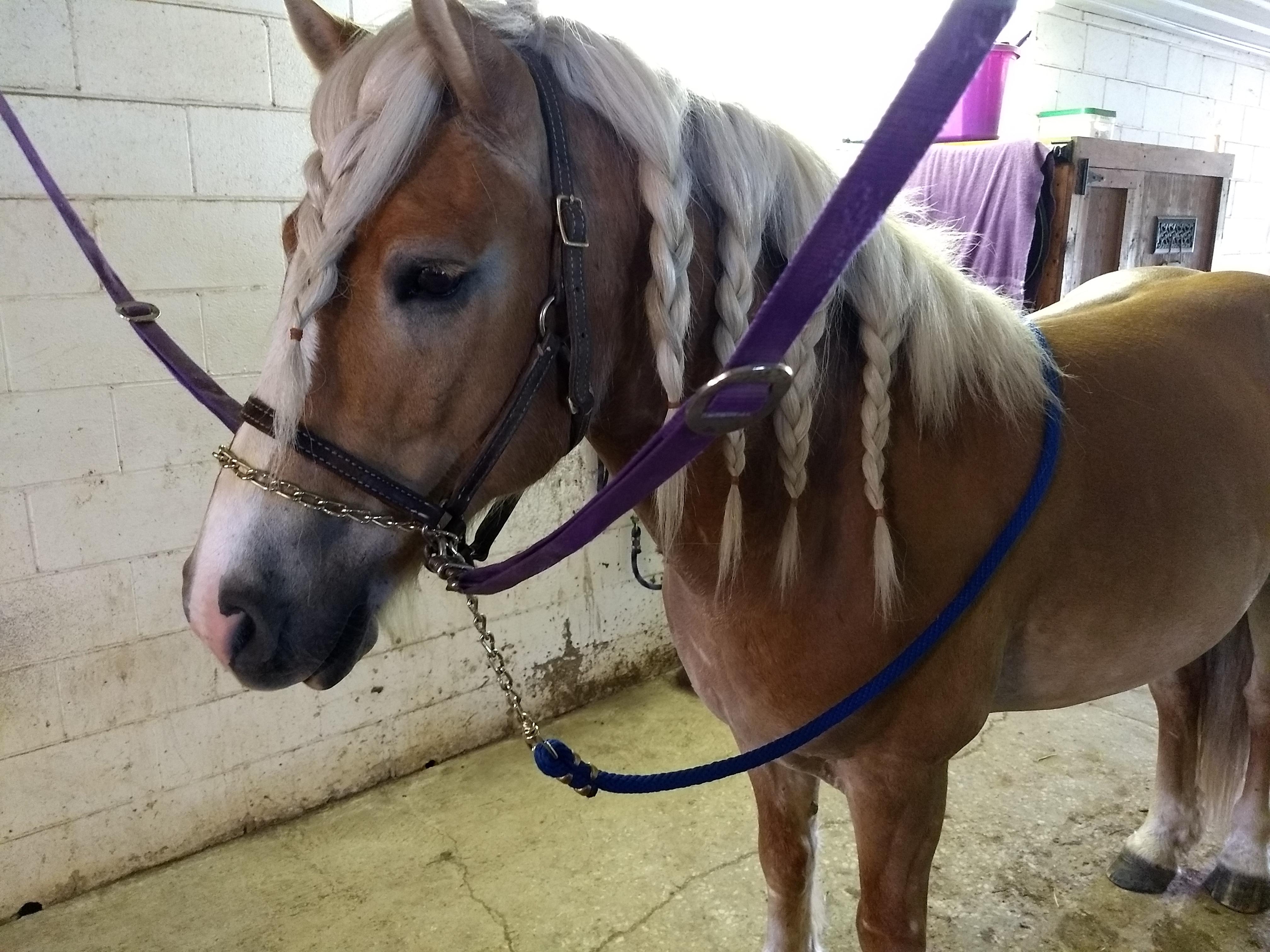 For the conclusion of our story, look out for Part 4.