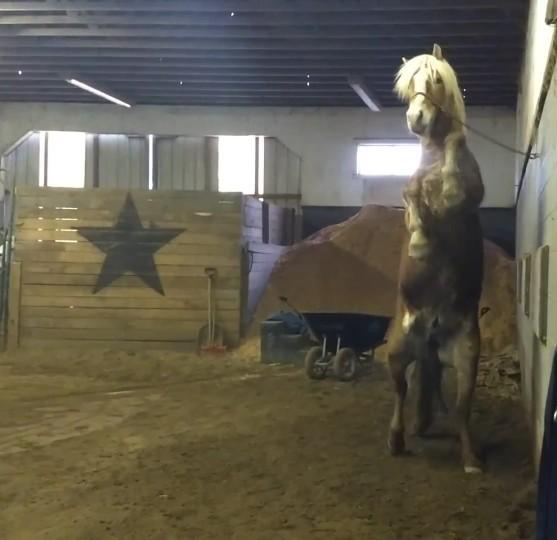 “I had been riding horses for 19 years, and I’d been a working student under multiple trainers. I had at least thought myself fairly competent. With a day of owning my new horse, however, I had been reduced to feeling terrified and completely useless.”

In Part 1 of this story I talked about buying Nemo despite some red flags. Our story continues below.

The morning I was supposed to go pick up my new horse Nemo came quickly. I met up with the wonderful owner of the barn where I boarded my current horse, who had agreed to haul for me, and then followed her to Nemo’s home. Thankfully he let us catch him easily enough this time and marched into the trailer like a pro. We signed the papers, I paid for him, and that was it. I was now the owner of two horses. I headed back to my barn, excited to get him to his new home.

I arrived back at the barn a few minutes late after getting a little lost when I first left Nemo’s old home, and the barn owner had already unloaded him into the paddock he would be staying in for his first few days before being introduced to the rest of the herd. She said he unloaded great, but was pushy on the ground. I didn’t let a little misbehavior dampen my spirits, because I had known there would be things we needed to work on. Then she pulled out her phone and sent me some of the pictures she had taken when he was first turned out. Apparently he had run straight to the fence line, saw other horses in the paddock next door, reared straight up in the air, and started trying to “punch” the other horses across the fence with his front legs. 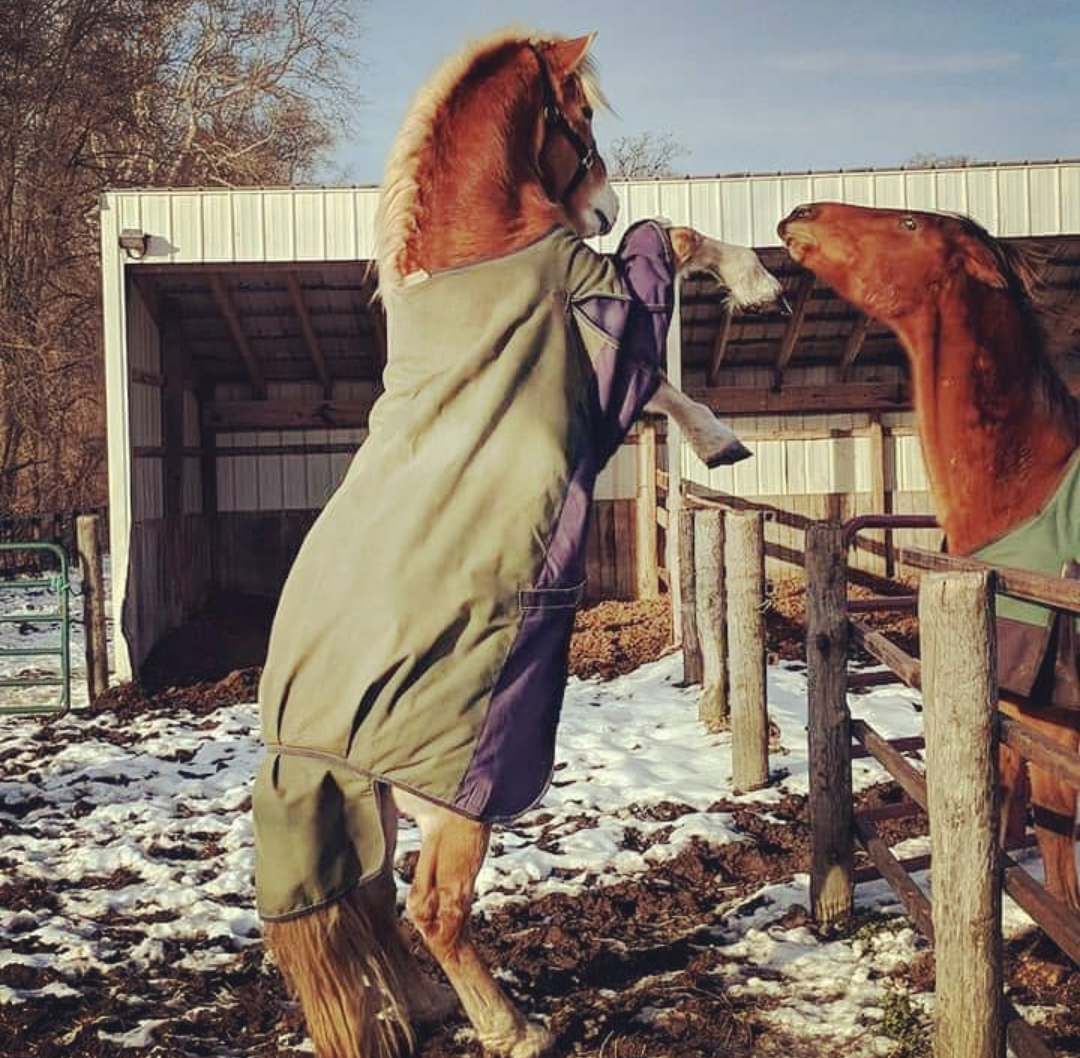 Visions of him coming down on the fence and breaking himself his first day home flashed through my mind. We waved him away from the other horses a few times and he was, thankfully, eventually dissuaded from trying to break down the fence. He started to calm down eat his hay in the other corner of the paddock. Once I was relatively sure he wouldn’t kill himself, I went home for the night to let him settle in.

The next day I came back to the barn planning to put him in cross-ties, groom him, and maybe lunge him a little. I thought that was a pretty basic day, and wouldn’t be too much to ask of him, but things quickly started to fall apart. The moment I led him from his paddock into the barn his head shot up, every muscle in his body tensed, he let out a screeching, ear-piercing whinny, and then promptly lost his mind.

He jumped to the side first, knocking me into the closest wall. I was still catching my breath as he started trotting down the aisle, but managed to hang on to the end of the lead line. When I tried to stop him he would strike out, so I kept him going up and down the isle, apologizing over and over again to the other riders just trying to tack up their horses. I didn’t have much control, but if I put my weight against the lead rope I could at least turn him around. He was becoming more and more agitated by the other horses in the isle, and in turn getting them more worked up, so I decided to try to get him into the arena. It took a few minutes and a few more apologies, but we made it.

I breathed a sigh of relief now that we were in a more open space, but our problems were just beginning.

The owner of the barn was lunging her mare in the arena, and as soon as he saw her Nemo tried to rip my arms off to get to her. I managed to hang on to the end of the lead rope as he ran circles around me, and finally swallowed my pride and asked the barn owner to come and help. “He’s going to get away from me!” I told her. She quickly handed the mare she was lunging to someone else, took the lead rope from me, and after several minutes, a lot of tight circles, and a few “come to Jesus” moments, she had him controlled enough get him over to a tie on the wall. 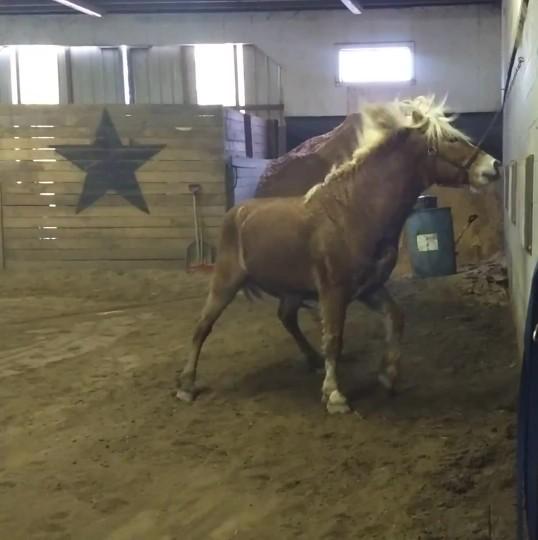 I found myself extremely thankful for concrete walls and sturdy hooks as I watched my new “dream horse” thrash against the tie. He wouldn’t stand for more than a few seconds without rearing high enough that I thought he was going to flip over, walking as far as he could on his hind legs, striking, or yanking back.

I felt embarrassed and defeated. I started to tear up. I had been riding horses for 19 years, and I’d been a working student under multiple trainers. I don’t consider myself a trainer and I have confidence issues sometimes, but I had at least thought myself fairly competent. With a day of owning my new horse, however, I had been reduced to feeling terrified and completely useless.

What had I done?

Nemo wore himself out rearing on the wall, and then I worked up the courage to lead him back to his paddock. He trotted out to the dirtiest spot he could find, had a nice roll, and then looked at me with an expression that asked, “Why are you upset?”
I’m a firm believer that it’s never the horse’s fault, and I felt like I had somehow failed him. I went home broken down, and knowing I would have to adjust my approach and my expectations. It was humbling, but I now know it was necessary for me to learn and grow.

For more on our story, look out for Part 3.

Victoria will continue telling Nemo’s story in upcoming installments — keep an eye out for next week’s chapter!