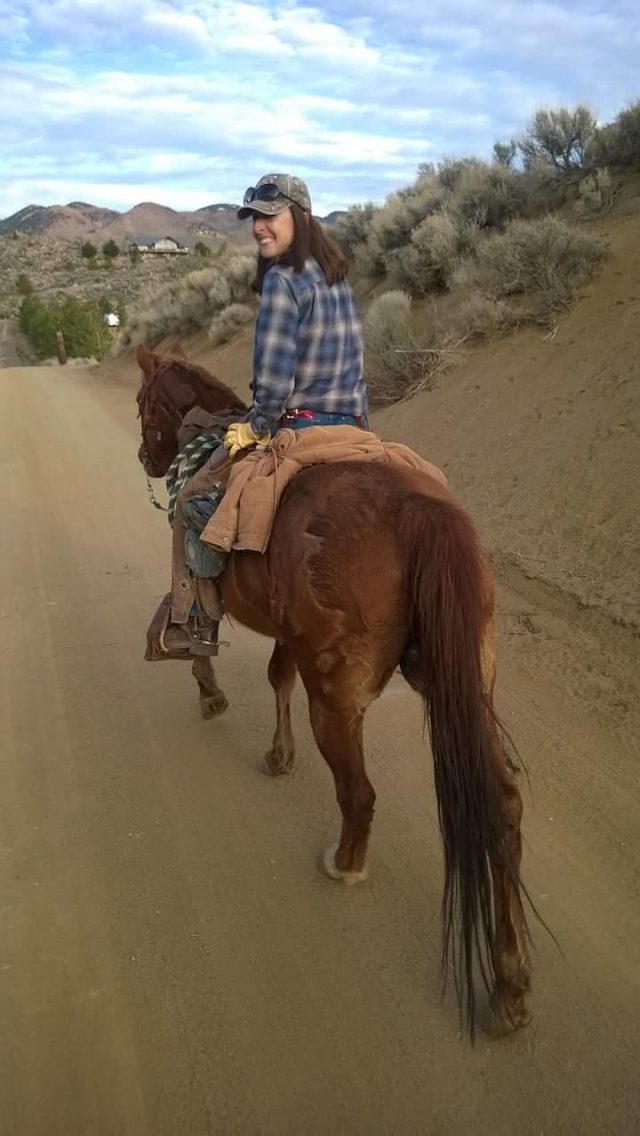 If our horses wrote sales ads… 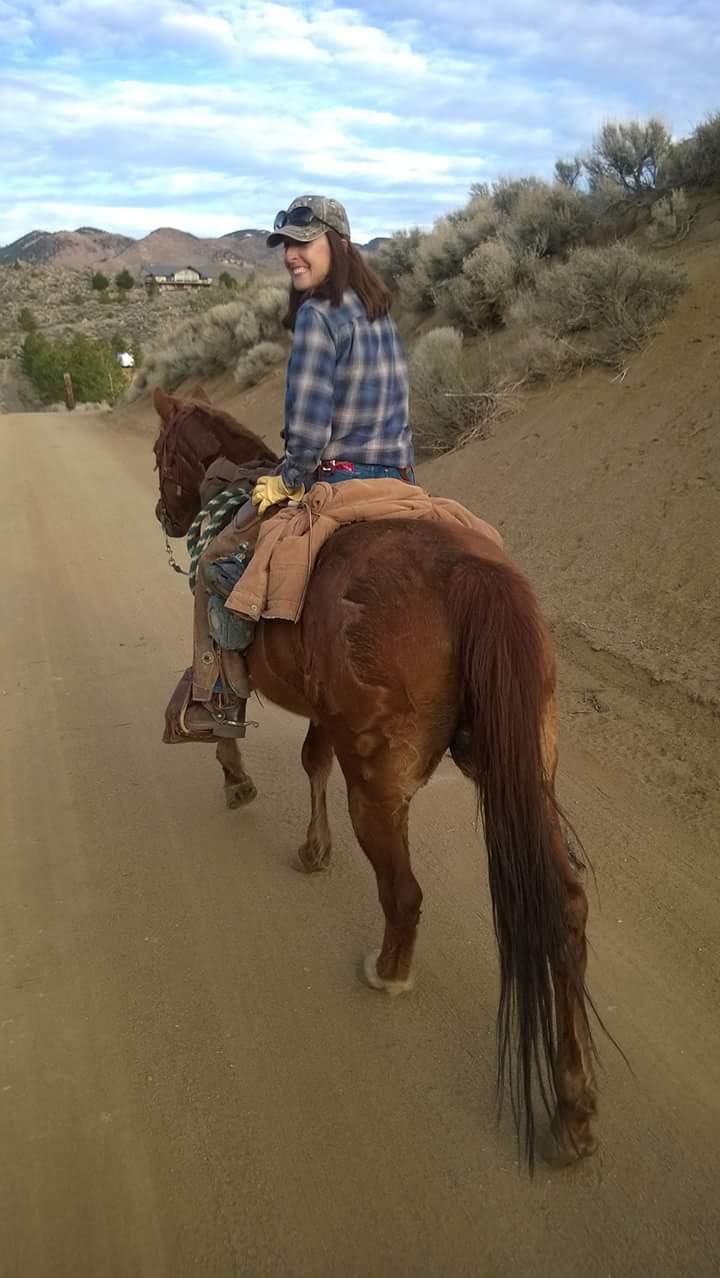 As written by Dylan. Photo by DiAnna Huntsman.

Maria is a 37 year old human, female, looking for a new home. I’ve owned Maria for a long time and it’s time for me to move on. No fault of her own, I’m just ready to go in a different direction.

Maria is a good human, but far from bombproof. Not much upsets her, but once in a while, she just loses her mind. It’s normally over something stupid like not being able to back up the truck and hook up the trailer. She’s normally really good at this, unless she’s pressed for time, then it takes her about 100 tries.

She’s a hard keeper and is addicted to coffee and sugar. She does have a good appetite, so maybe she’s got worms or something? Vet checks are welcome, but once you buy her, there’s no refunds.

She does has a few vices: she bites her nails, occasionally talks to herself and doesn’t like to do housework.

Her conformation is not the best — she’s got really lanky arms (almost ape-like), long legs, a short torso and a big nose from it being broken when she was younger. Fortunately, she can still smell out of it just fine. I do think she’s losing her hearing, because she sure doesn’t hear me in the morning when I call out to her for my breakfast.

The older she gets, the more she would rather just trail ride than work in the arena. She’s not the dictator I used to know, and I can get away with a lot more stuff. Actually, she likes when I buck under saddle and when I pretend to kick her head off. She just laughs and laughs. Maybe she’s got early-onset dementia?

Maria is very generous, and I’ve trained her to give me half of whatever she’s eating. All you have to do is turn your head and look back at her when you hear a wrapper crinkle and she’ll automatically give you whatever’s in her hand. It comes in handy when you’ve been riding all day and you’re really hungry.

Maria gets along turned out with other humans, but isn’t buddy sour at all. She’ll happily ride alone, and not much spooks her. She has a fascination with trying to take every snake’s picture, so you’ve really got to watch her there. She’s a little bit house-sour, and you really have to make her go out and be social, but after a little prodding, she’ll comply.

Maria’s not the fastest, prettiest, or smartest human out there, but she is consistent, she treats me well, she’s a good worker, and she holds a steady job, so you never have to worry about your next meal, even though she feeds you what she wants to feed instead of what you want to eat. I’m still working on her with that.

Give me a call if you want to try her out!