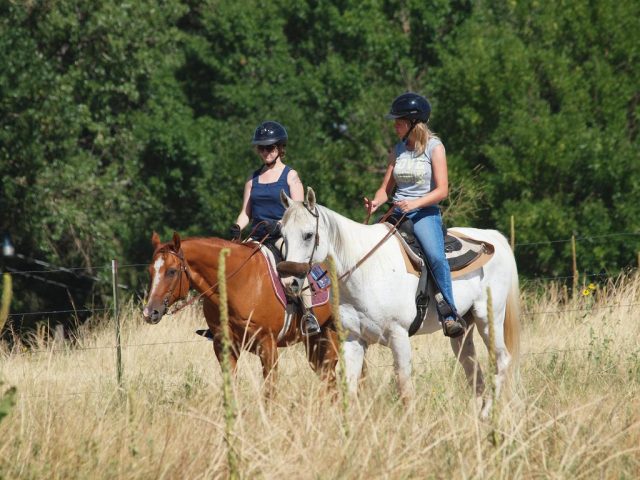 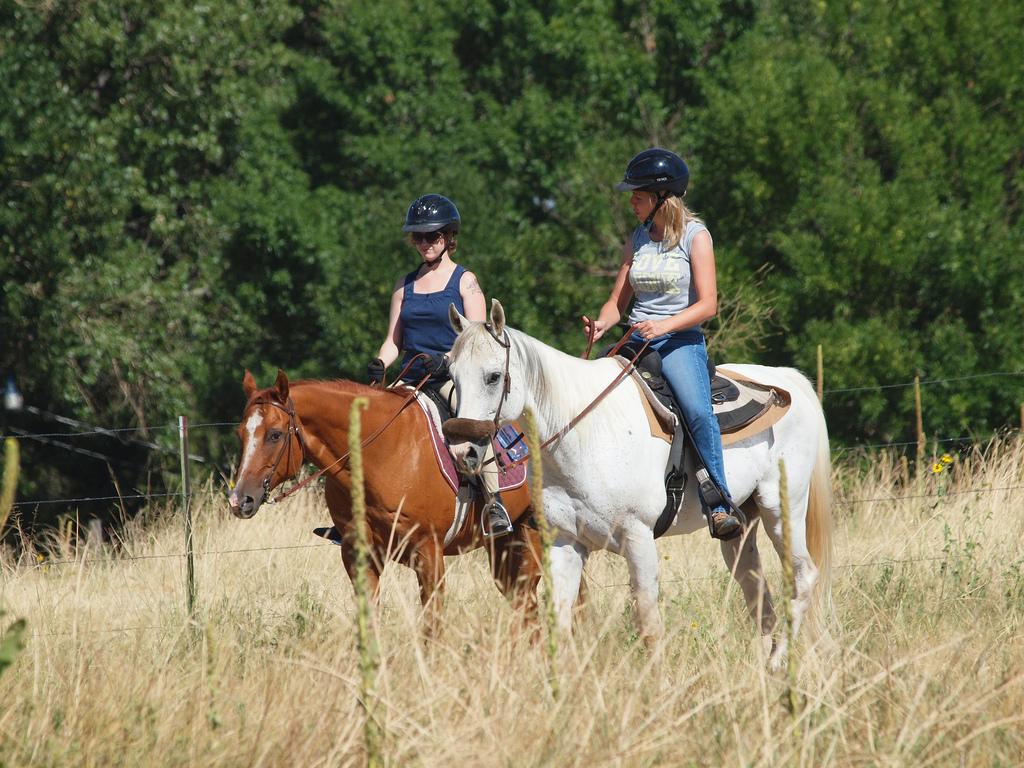 Sometimes riding with other skilled equestrians is exhausting — sure, we all love to talk horses, but sometimes overanalyzing every single thing your horse is doing and hashing out the details of your feed program (again) just gets to be a little much. Here’s 9 reasons why riding with people not used to being around horses (aka, your friends outside of the horse world, who probably miss you) is the best.

1. Non-horse people have no idea what horses are capable of.

They don’t know how a thousand-pound animal will lose its marbles over something as simple as a plastic bag flapping in the wind. Because they have no clue, they let their guard down and just go with the flow. In return, the horse feeds off this energy and just quietly hacks down the trail. Remember what riding felt like before we found out what it felt like after broken bones and bruised ribs? That’s what it’s like for the non-horse person.

Hands/hips/heels not in the right position? Who cares. They sure don’t. You look like the man from Snowy River to them and could do no wrong. Try riding that way with your “horse” friends…

When you invite your friends to ride your horse, they’re on your schedule — you’re not on theirs.

4. They’re personal grooms that don’t cost an arm and a leg.

Have you ever invited up someone to ride and realize they groom so much better than you? When you groom, you’re just knocking off the dirt that goes where the saddle sits. When your non-horse friend grooms, the whole horse will be sparkling head to toe. It might also take six hours, but who’s counting.

5. You’ll feel much better about the way you ride.

The memory of your own days as a beginner will feel further away than ever.

6. You can have a conversation on the trail that ISN’T about horses.

At first it will seem… real weird. But then, you might actually enjoy it.

7. Does your old horse have arthritis or isn’t completely sound, but sound enough to keep hacking on the trails?

Well, your non-horse riding buddy will have no clue, anyway. He won’t know if he was slightly off or took a bad step. PETA and Animal Control won’t be called on you. That’s just one less thing you have to worry about.

8. Your horse can actually enjoy a ride without being trained the whole time and you will realize that one ride, by one person, who has zero clue, will not ruin your horse, even though you’ve believed that this is not physically possible.

Your friends will probably bring you food in exchange for riding. Food is good. Everyone loves food.