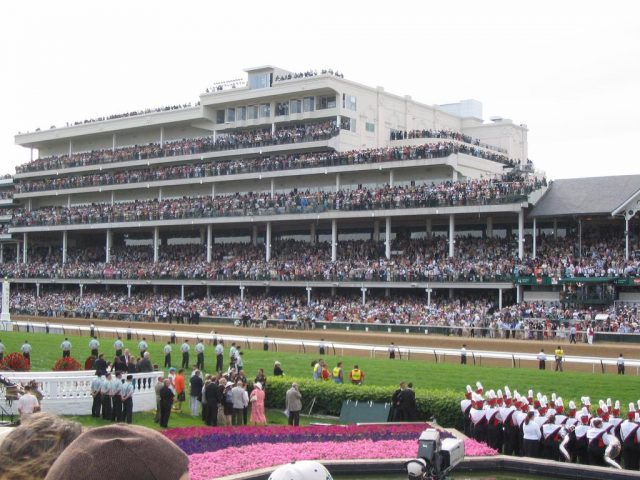 The Kentucky Derby is the most exciting two minutes in sports, and being such a headline event, you’ll run into several types of fan at the race itself… 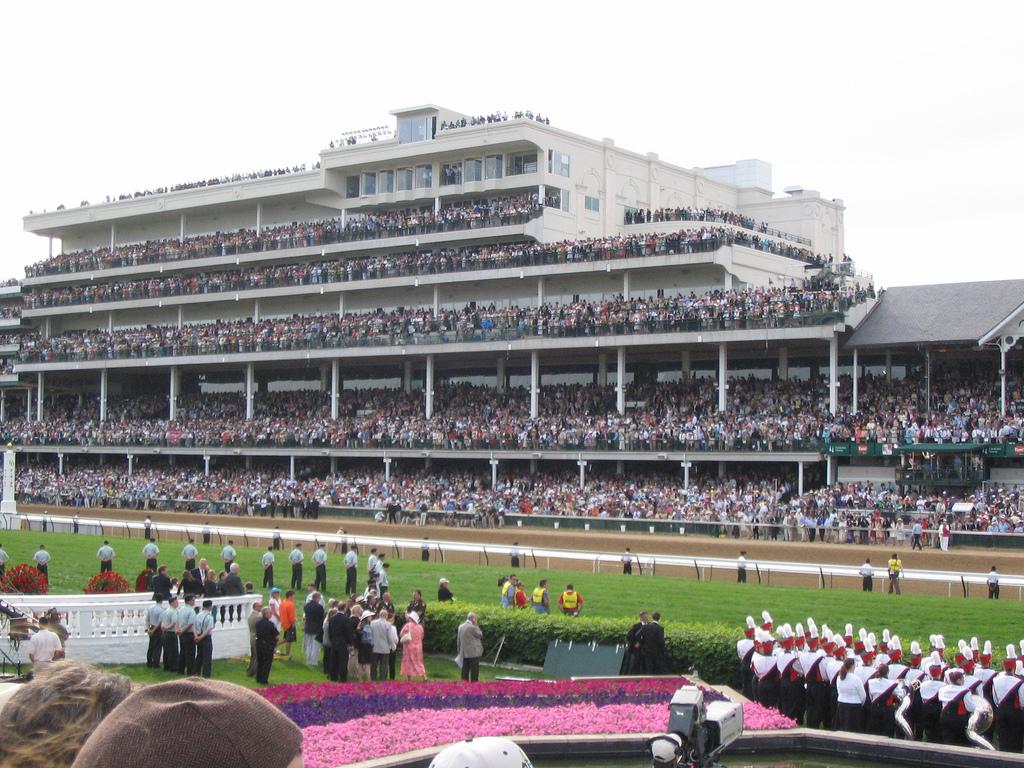 The Kentucky Derby has become so much more than a horse race in recent years — it’s a cultural event that spans an entire eight-hour period, which is impressive since it’s really only a two-minute event. Here are six types of people you might meet at Churchill Downs.

1. The hoity-toity housewife with the big hat

This lady couldn’t tell you one thing about horses, and she refers to the jockeys as “little men,” but she can tell you if that mint julep isn’t made exactly to perfection. You’ll find her with her gaggle of like-minded big-hat-wearing women. They’re hard to tell apart and they all look alike, since they all use the same plastic surgeon and they’re wearing the same trendy pastel. She’s pushing 50, but her Facebook profile says she’s 39.

This day is the day she waits for all year long: a reason to get dressed up and drink. She still doesn’t know why there are horses all around her (she still thinks she’s at a charity golf match.) If she asks you which way Tiger went, just point in any direction you’d like.

You’ll be able to spot this guy, because he’ll be sporting an untucked button-down short-sleeved shirt with the form rolled and stuffed in his armpit. He will also be sporting a 5 o’clock shadow from 2 days prior.

This girl owns horses and makes sure everyone in a 30 foot radius know it, too. She will make comments like “look at that horse’s pasterns, you better put your money on him!”

She’ll be in her breeches with her hair in a messy bun. She’ll make bets solely based on what color the horse is and how how the jockey’s outfit matches with said horse. She’ll roll her eyes in disgust at the pony horse rider: “look at them posting like a sack of potatoes on the wrong diagonal!”

This guy’s eyes are bloodshot and he smells like a bar floor and we’re only on race two on the undercard. He’s somehow wandered across into the grandstand from the infield party where he’s been “raging” since the gates opened this morning. He and his bro buddies made an effort to dress fancy but he’s already lost his jacket and his fedora. He keeps chanting the name of his Derby favorite to anyone who will listen, and this year it’s Free Drop Billy or My Boy Jack because one of his bros is named Billy or Jack.

You probably won’t see the trainers up close on Derby day, but they’ll be all over the big screens. The more they smack talk the other trainers and horses, the more nervous they are: it’s the newer trainers who run their mouths more to distract from their jitters. The seasoned trainers just smile and flip their shiny gray locks and know the only way to have a chance at winning is to have a third of the field being trained under you.

The same reasons will always be used as an excuse if they don’t win: “this horse had an abscess as a yearling; he doesn’t do well on muddy track conditions; he got pinned against the rail; he doesn’t like the track; the jockey did this or that; he would have won if…”

These petite guys and girls are like the Energizer bunny: they just keep going and going and going. They’re always smiles from ear to ear and are in such good shape they make the rest of the inebriated track population jealous. Every horse person has secretly wishes they were light and small enough to be a jockey at least once in their lives. Most of us trying to lope a horse in an arena feel like they look like a chicken trying to ride a hippo, and these jockeys make it look so effortless to cling to the back of a dragon snorting all over the track.

Keep it locked on Horse Nation for plenty of Kentucky Derby coverage — both serious and random! Go riding.