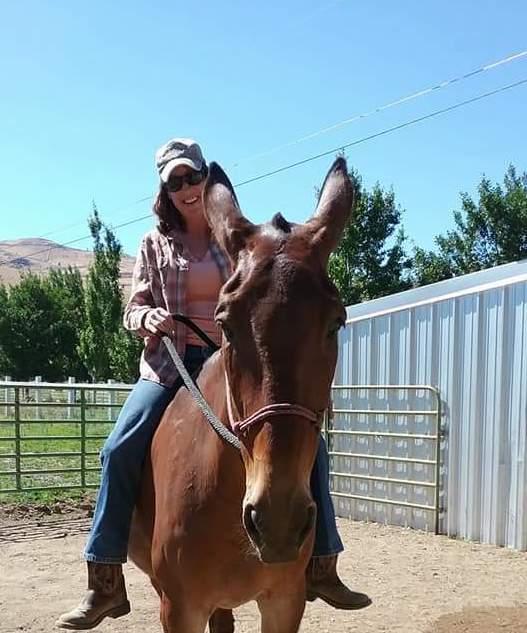 “He reminds me of a baby camel trying to find his feet for the first time.” 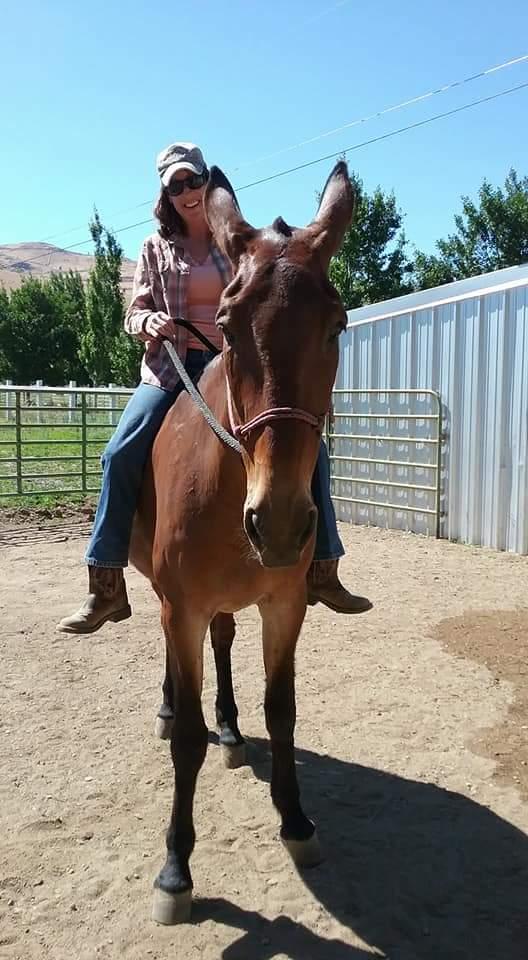 I’m not one to brag, but I have ridden a ton of horses and mules over the years and none have made me that sore (unless I’ve been launched off of them). So, when my boyfriend Terry (who has a total of five vertebrae fused together in his back) started whining about how our mule Elvis beats him up, my first instinct was to make fun of him — because, that’s what we do to show our affection to each other, we tease each other. He himself has probably ridden more mounts than I have over the course of his life. So when he complains that he’s sore after riding, I of course break out all the old people jokes I can think of.

Now, Elvis is our mule, but Terry normally rides him and I just get to do the fun things like pay for feed and worm him. 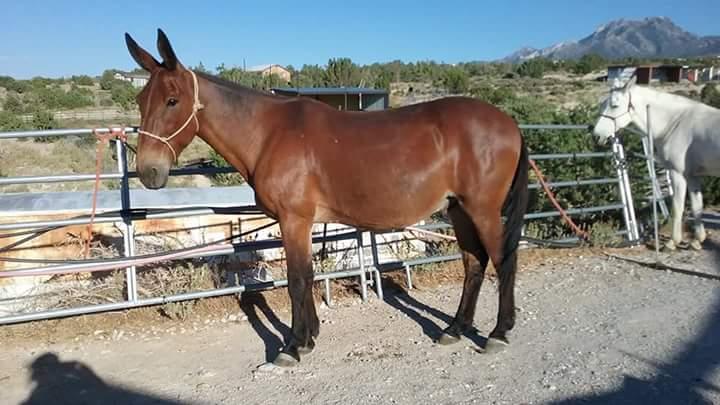 Elvis is about 16.2h and a big-boned boy. He’s out of a gaited mare, but he didn’t inherit the gait. His movement reminds me of a baby camel trying to find his feet for the first time. Ask him to trot and you better post; ask him to lope and there’s a commotion of feet going in every direction. (Think of the Tasmanian devil’s dust cloud.)

We’ve owned Elvis for almost a year and I’ve ridden him probably less than five times, so I decided to ride him this past weekend to solidify my boyfriend is indeed old and a whiner.

Somewhere over this past year of being ridden weekly by Terry and legged up from climbing mountains, Elvis has turned from a pokey, ambling mule into a powerhouse freight train with the gait of a jackhammer. He pounded the ground for hours with me in the saddle. I finished the ride and thought to myself “well, that wasn’t what I remembered about him.”

My back where my kidneys sit was sore, like someone beat me with a stick there for hours but I didn’t think too much of it. Later that night, I went to take a shower and as I stripped down, I turned around and looked in the mirror at my back. Lo and behold, my back was sporting two bruises, right where my kidneys sit.

Yep, this mule’s gait is so rough at a walk that he bruised my kidneys… and I was the one who felt like an ass. Sorry, Terry. You were right. 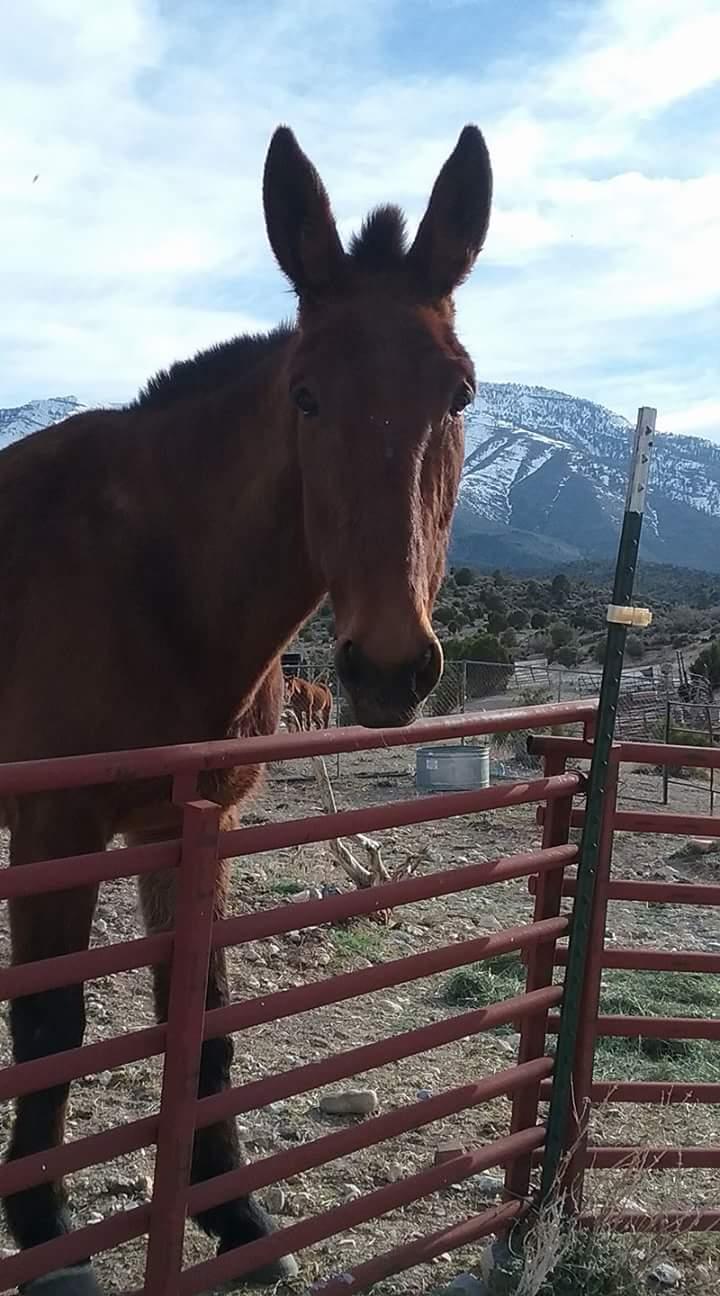