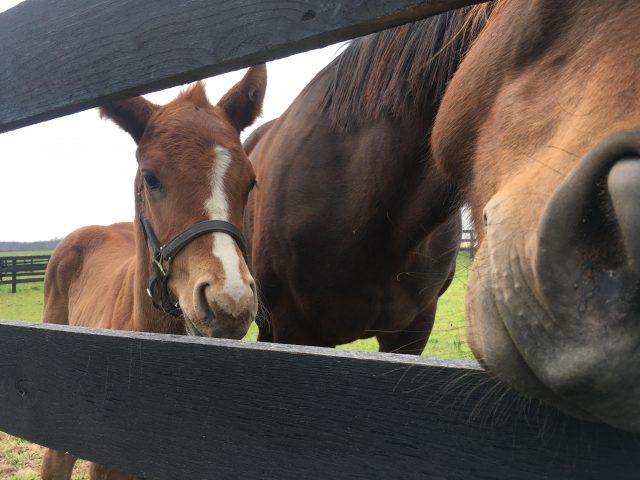 On her whirlwind tour of several Lexington-area Thoroughbred farms, Kristen Kovatch saw a little bit of everything. In Part II of her trip notes, she visits a small family mare operation and perhaps the world’s largest hobby farm.

If you missed Part I, click here to catch up, starting with my visit to historic Claiborne Farm where champions helped shape the modern Thoroughbred industry.

As the rolling hills of Claiborne Farm faded into the rearview mirror and yet more stone walls and black fences dotted the landscape, we continued our orbit of the city of Lexington by back ways and highways. With the history of Claiborne still fresh in my mind, I was eager to get to our next destination: a small boutique operation called Dala Farm.

I was fortunate to have local connections in Kentucky to add a personal experience to my trip: my friend Allison, who had toured Claiborne with me, owned a broodmare which she leased to her good friend Colleen Jonsson, the owner and operator of Dala Farm. We were headed to Dala now, so Allison could turn out her personal horse she boarded there, we could meet a third friend Eileen joining us for the afternoon, and of course, so I could meet Allison’s broodmare and her ’18 filly.

For all the attention that the large stallion farms command with their public tours and showings, I was learning as we hurtled down the back roads of Kentucky that a good percentage of the breeding industry consisted of small mare-only operations, the boutique breeding and boarding barns where “ordinary people” could raise just a few foals and have their own piece of the Thoroughbred dream.

Colleen owns a few of her own mares, carefully hand-selected from her favorite bloodlines with daughters of her foundation mares now joining the herd. She also boards mares for other breeders from around the country, coordinating veterinary care and trucking them to the various stud farms for their stallion appointments. Dala Farm has two juveniles who just entered training, but the long-term plan is to breed foals for the yearling market — the nation’s capitol for yearling sales is just down the road at Keeneland.

Allison and her Woven Web

Dala Farm graces the top of a hill affording gorgeous views of the valleys in almost every direction. When we arrived, mares were grazing peacefully in pastures and it took me about thirty seconds to hone in on my friend’s mare Woven Web (“Echo”) and her filly. A second mare (Talmadge Hill, or “Madge”) with a much younger chestnut filly relaxed in an adjacent paddock; the mares and foals would be combined into one pasture later in the week. Two retired mares watched over two maiden mares in foal in another pasture across the farm.

Eileen hanging out with “Hey birthday buddy!” Talmadge Hill and her filly, who happened to be born on Eileen’s birthday.

Colleen and her partner George do most of the day-to-day work at Dala Farm themselves — it’s truly a family farm. Allison pitches in after work to help muck stalls and turn out and in. While Claiborne’s legacy could not be denied, and I was about to visit a true jewel of Kentucky, visiting Dala Farm was just as important in my tour de Thoroughbred to understand the many facets of the breeding world.

The Most Elaborate Hobby in the World

After grabbing lunch at Wallace Station (a Midway institution), we arrived at Jonabell Farm — the full title of which is Godolphin at Jonabell Farm, home of the Darley stallions. We stepped into a gorgeous visitor’s center complete with sweeping staircase decked with portrait photography of the great stallions that have graced Jonabell; a televised feed of Keeneland Racecourse was playing so the staff could keep an eye on the two Godolphin horses running that day.

Our expert tour guide Brianne, who also served as the market research coordinator for the stallions, first took us to a trophy room to introduce us to Darley — the international juggernaut of racing, Godolphin, has breeding facilities and racing strings on three continents, all owned by Sheikh Mohammed, Vice President and Prime Minister of the United Arab Emirates and the ruler of Dubai. “We all work for the Sheikh,” Brianne described. “All of this is basically his hobby.” 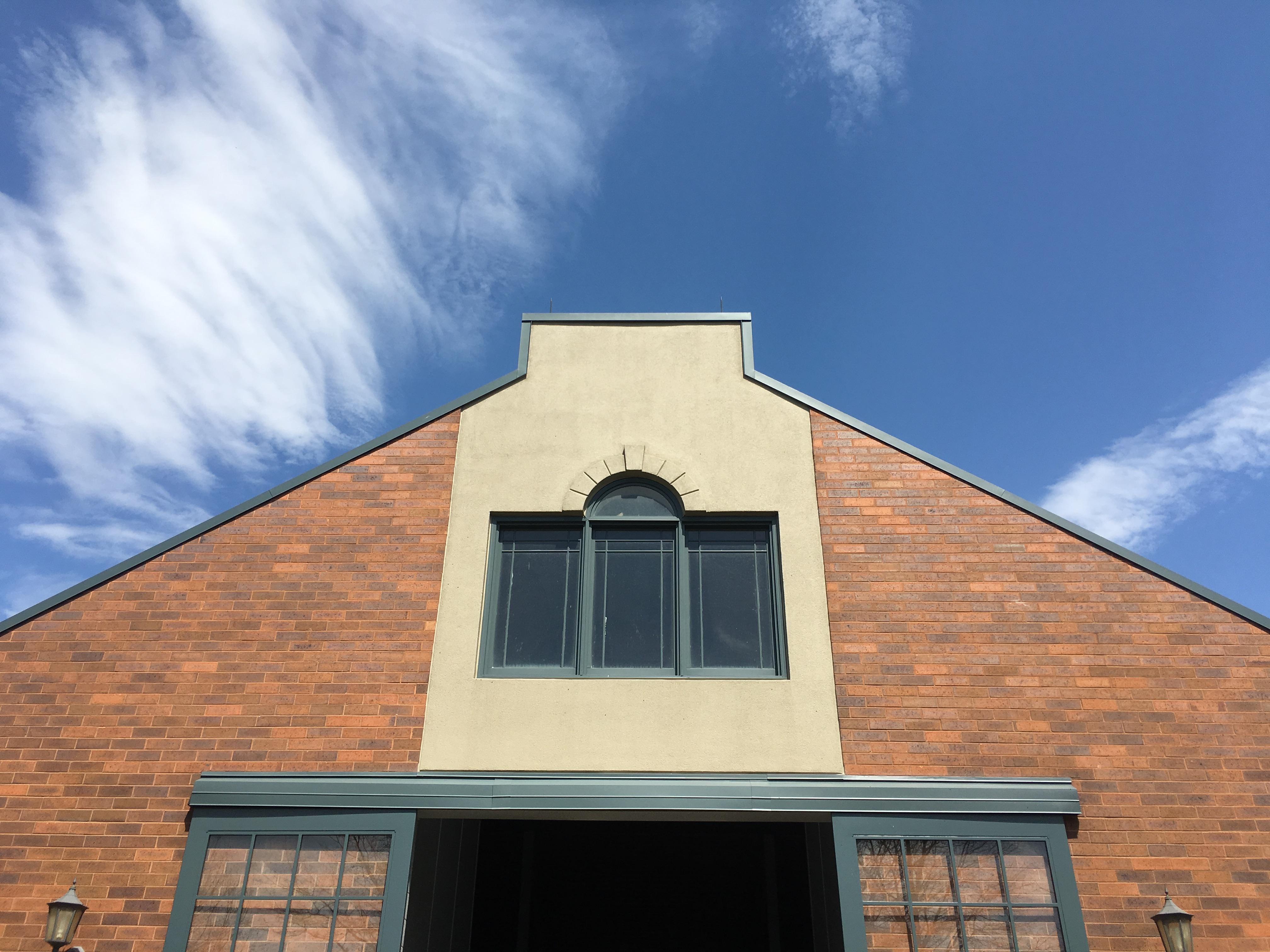 That’s a mentality that at once made our tour group chuckle but also struck me as strangely impressive. Sheikh Mohammed did not view Godolphin and Darley as a money-making venture but his true passion. Because of his lifelong love for racing, he founded one of the most successful racing and breeding operations of all time, and “if we break even, we’re doing okay,” as described by Brianne.

While most of us might own one or two horses as a hobby, the Sheikh owns hundreds worldwide, including some of the most prestigious stallions in the world. After watching a few of the big wins by his most recent acquisitions Nyquist and Frosted, we headed over to the stallion barn to meet them — first the great Bernardini, whom Brianne affectionately called “Bernie,” and then Frosted. 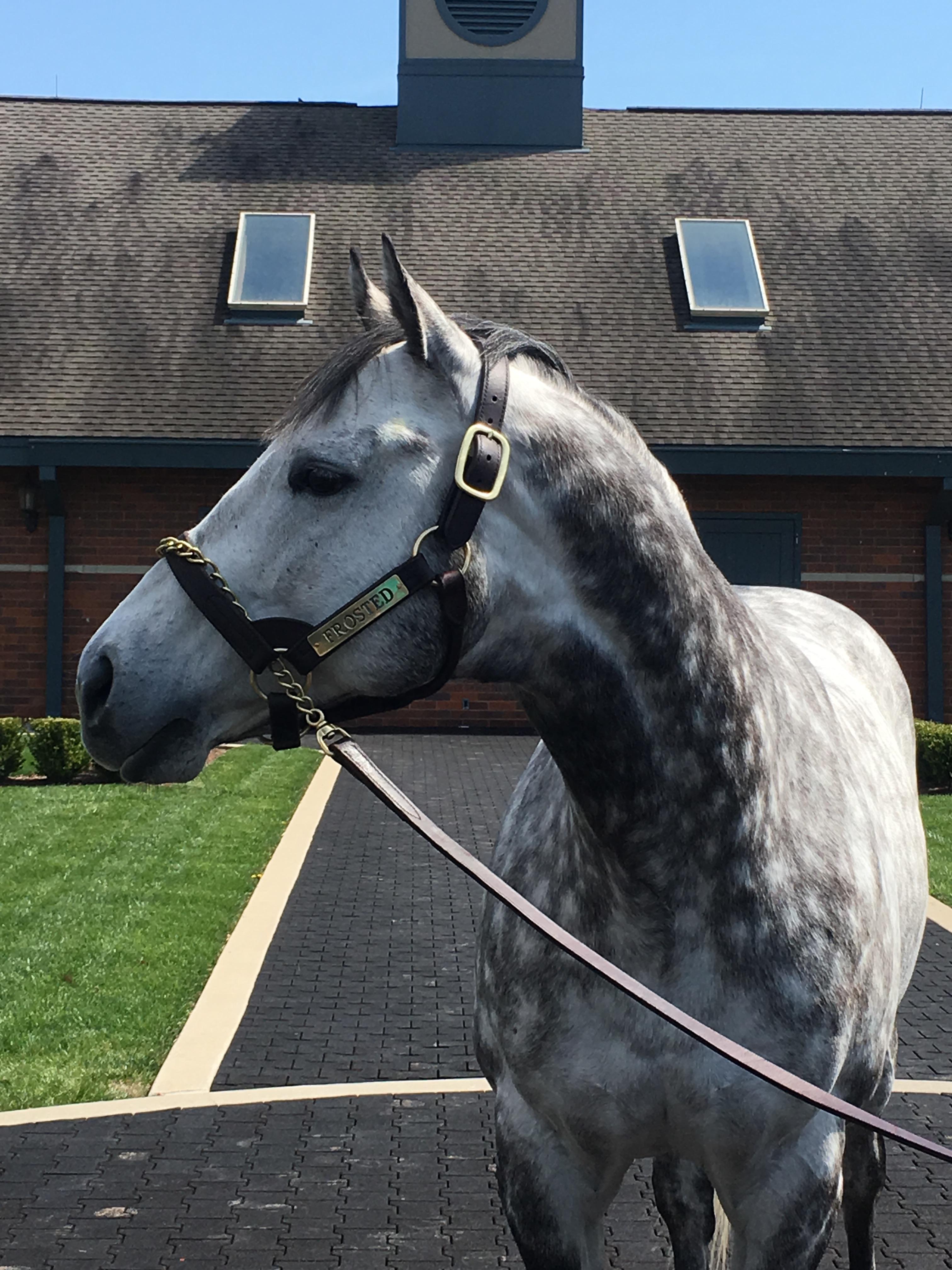 Frosted. This horse had such a presence that our tour group was largely silent simply taking him in. The rapport he had with his groom was lovely to see.

We then wandered up and down the barn aisle; I felt that Nyquist looked better than ever, even in his racing days (the stallion life clearly suited him well). I spent a long time just looking at Medaglia d’Oro, trying to wrap my mind around the kind of success this horse had achieved at stud.

After a look at the breeding shed, we piled into an open shuttle and buzzed across the farm to the mare and foal barns. Here, Brianne again let us wander the barn (after warning us not to try to pet any mare with her ears back) and answered our questions; we realized after a few minutes of Googling that one mare we had been looking at for awhile was in fact the mother of Scat Daddy.

Brianne answered my questions about aftercare, stating that Darley sells very few foals at the yearling or two-year-old sales and races most of its horses. There’s actually a waiting list for second-career homes for Darley horses, and if any of those homes don’t work out, Darley takes the horse back, no questions asked.

As I stood at the end of the barn aisle looking out over the grounds, I counted at least 10 additional mare and foal barns dotting the green hills, mile upon mile of fencing keeping the pastured orderly. This was certainly quite an expansive hobby, but one that had clearly had an effect on the breeding scene in America and around the world. While this might be a fun pastime for the Sheikh, it was part of the lifeblood of the region, and I felt privileged to have been able to get this glimpse.

In Part III, we’ll head to the track at Keeneland and visit Old Friends, another day of contrasts.